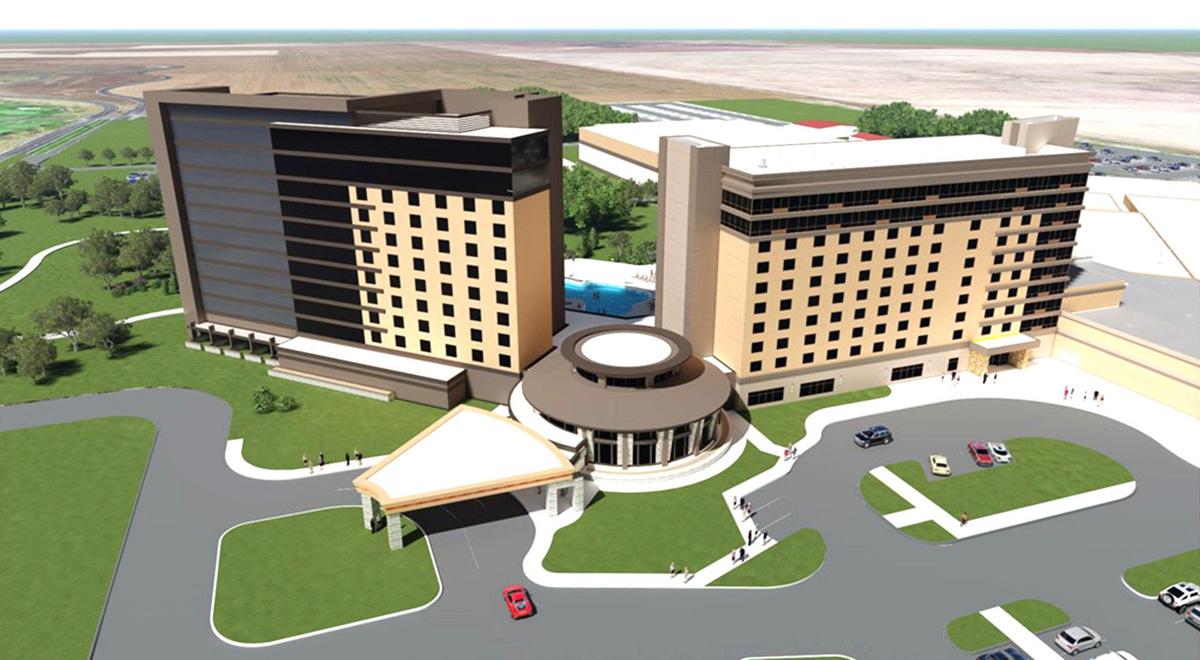 A second hotel tower will rise from the Wildhorse Resort & Casino in the future. The expansion will also include a 32-lane bowling alley, horse arena and new concert venue, among other improvements. 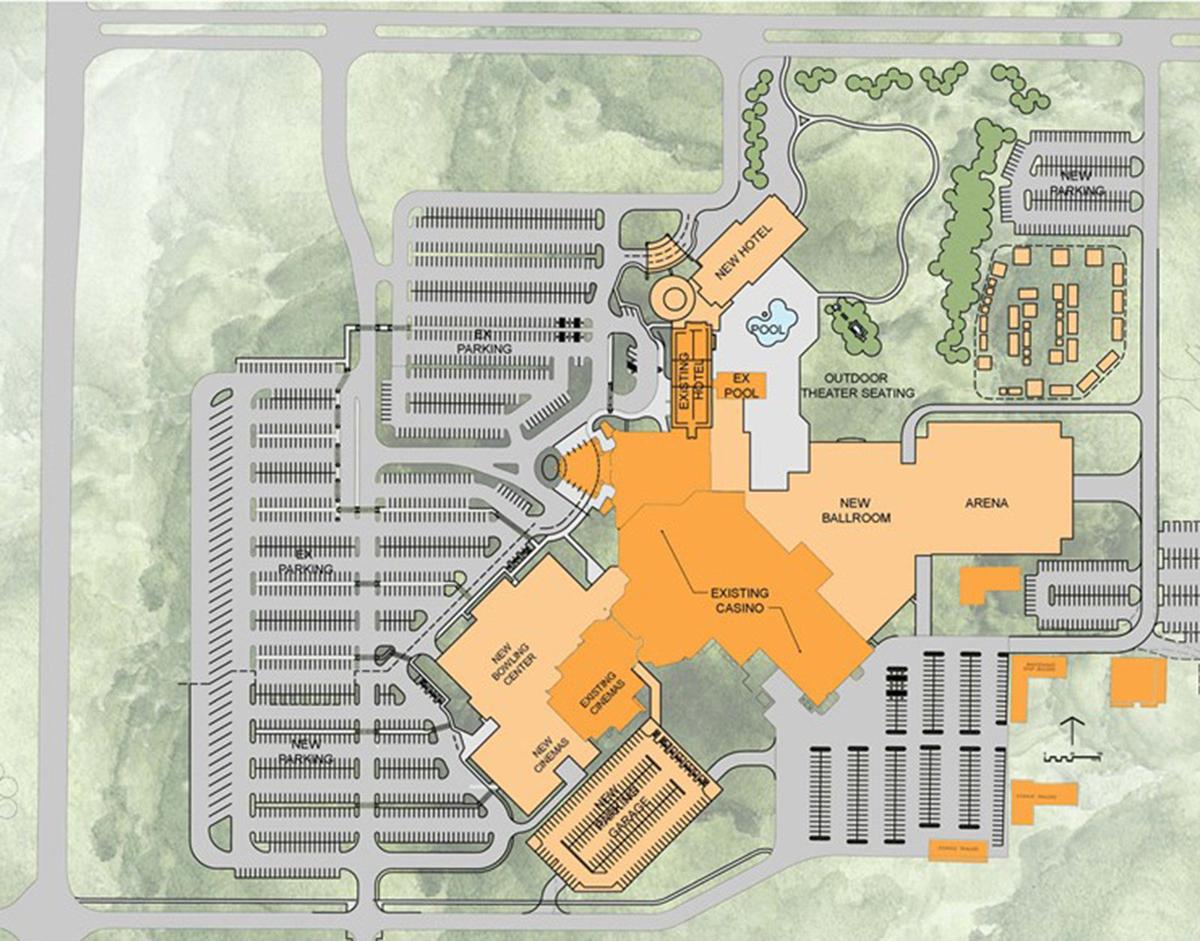 A second hotel tower will rise from the Wildhorse Resort & Casino in the future. The expansion will also include a 32-lane bowling alley, horse arena, parking garage and ballroom, among other improvements. 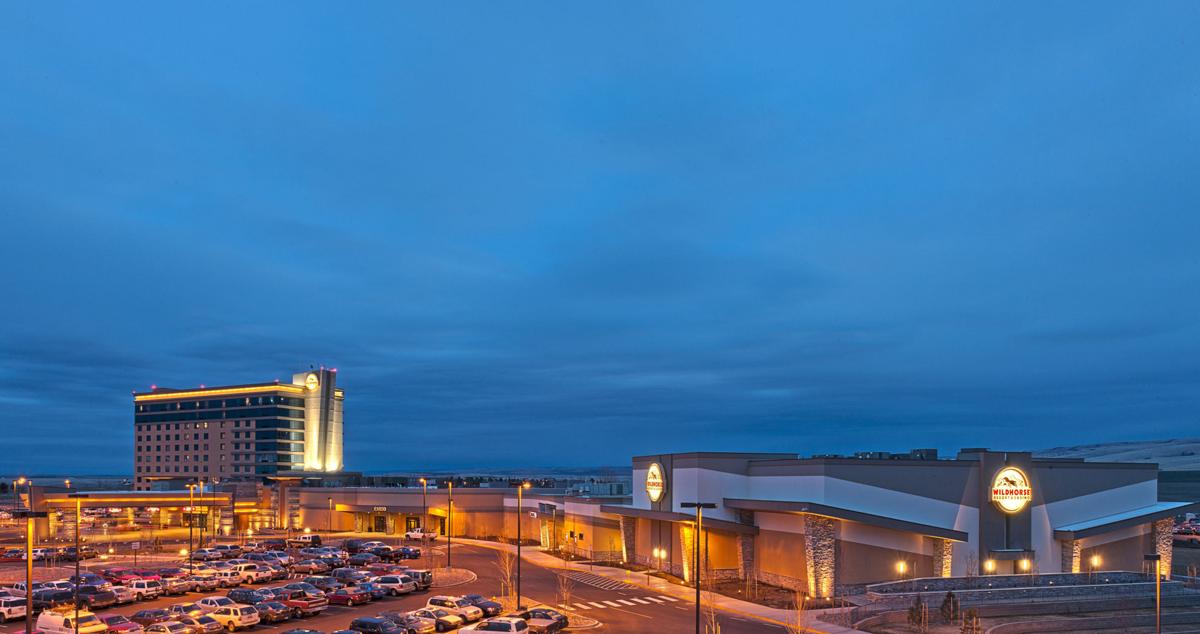 A second hotel tower will rise from the Wildhorse Resort & Casino in the future. The expansion will also include a 32-lane bowling alley, horse arena and new concert venue, among other improvements.

A second hotel tower will rise from the Wildhorse Resort & Casino in the future. The expansion will also include a 32-lane bowling alley, horse arena, parking garage and ballroom, among other improvements.

The Wildhorse Resort & Casino knows how to grow.

Twenty-two years ago, the establishment was a collection of 100 slot machines inside a temporary five-wide trailer. The tiny casino evolved over the next two decades into an entertainment complex replete with luxury hotel, 18-hole golf course, Cineplex, event center, sports bars, parking garage and a sprawling gaming area alive with the lights and sounds of 1,200 machines.

If the tribe’s General Council and Board of Trustees agree, the tribal casino will expand once again — and in grand fashion.

George said the bowling alley drove the expansion. Since closure of Rodeo Lanes in Pendleton, tribal members and the community at large have requested that the tribe add bowling. The diversification also would bring Wildhorse to a place where it could survive with or without gambling.

“At some point in time, gaming will come to an end. This is a means to diversify,” George said. “In the end, gaming like everything else is kind of cyclical. In the past, it’s come and gone.”

George said the renovation will cost in the neighborhood of $70-80 million with an additional $20 million for architectural design, furniture and fixtures, building permits, infrastructure and other soft costs.

The CEO said he expects about a two-year construction schedule with the 228-room hotel, bowling alley and four more theaters first on the list. Once that’s finished, the resort’s older 100-room hotel will come down, leaving the clean lines of twin towers rising above the grasslands, visible to motorists on Interstate 84 for miles.

George envisions a 32-lane bowling complex with 16 lanes on either side of a centrally located gathering spot.

“It will be an area with chairs and sofas so people can gather and watch and have a sandwich,” he said.

The area might also include spectator seating so people can more easily watch bowling tournaments, which the resort hopes to attract. The bowling center may include a pro shop and meeting/party rooms with private lanes.

The new hotel tower won’t be an exact clone of the other one. Each story will rise 10 feet, six inches, versus nine feet in the other tower.

“We learned from the first one,” George said. “These hotel rooms will be a little larger. They would be outfitted with the latest technology such as charging stations in the nightstands and televisions built into the walls.”

A drum-shaped rotunda will link the two towers. The hotel could include a spa, coffee bar and large outdoor sundeck with a pool and cabanas.

The old 1995 hotel will come down to make room for a concert venue to replace the current Rivers Event Center. The ballroom would seat 1,500 people comfortably, more than twice the number of the current facility, which would be repurposed into additional gaming floor space. The ballroom stage would open to accommodate either inside or outside crowds.

The master plan also includes a new powwow grounds, a five-story parking garage and expansion of the Cineplex. The addition of more screens will allow the theater to play movies longer. Suites with waiter service will be available for private viewing.

The indoor horse arena will seat 2,500 and be large enough to accommodate rodeos. George said they’ve discussed the idea of equipping the arena to convert the flooring for other events such as basketball games.

Additional restaurants are a part of the plan, though George didn’t yet know specifics. The list could possibly include another high end restaurant, sports bar, burger place such as In-n-Out Burger or Five Guys Burgers and Fries and a mid-range eating eatery, such as Chilies.

The upgrades will use green energy, George said. Wildhorse has applied to the Energy Trust of Oregon to qualify for energy incentive rebates and is looking at possibly using geothermal energy.

“Being green is important to the tribes,” he said.

George hopes Pendleton and the surrounding communities embrace the changes at Wildhorse, such as increased hotel rooms, restaurants and convention space.

“Sixty percent of people who visit us go into Pendleton to eat and shop,” he said. “Some like to stay in town. Our overflow goes to Pendleton.”