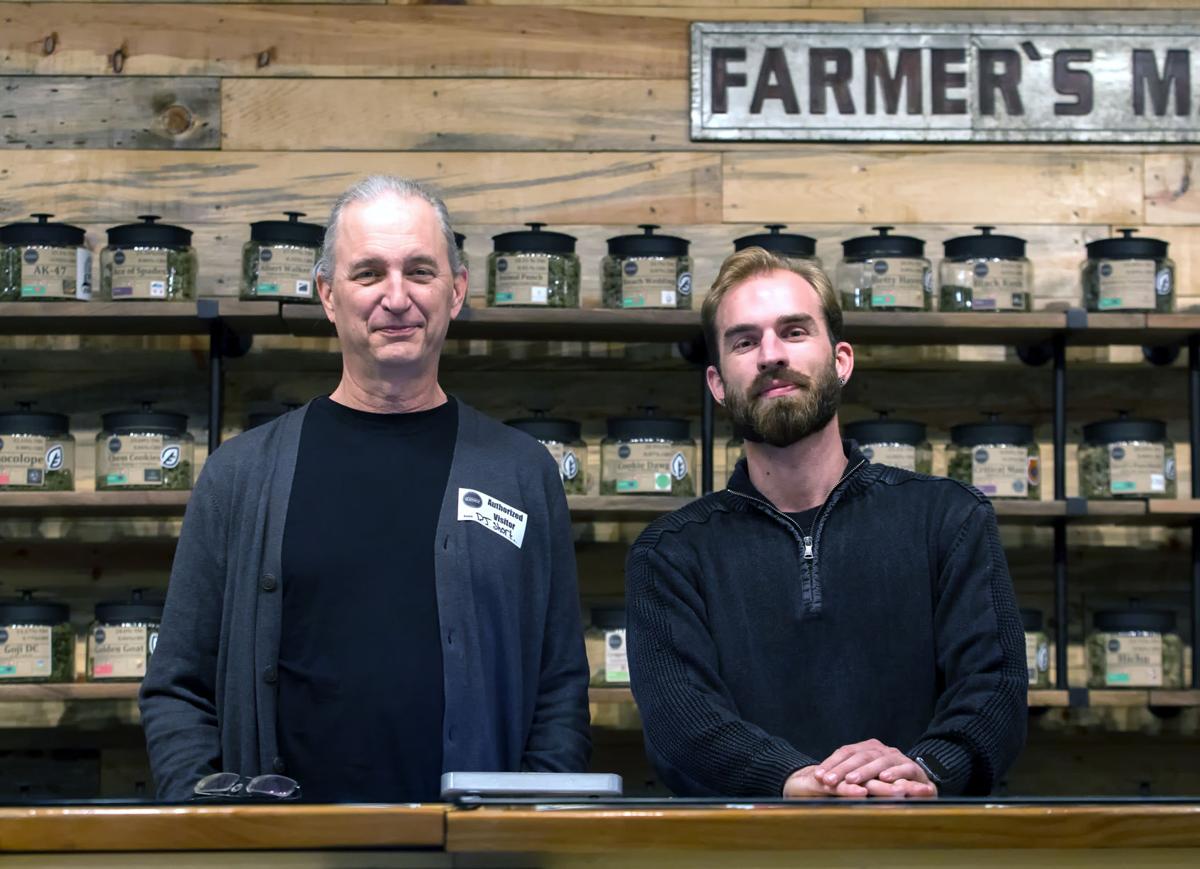 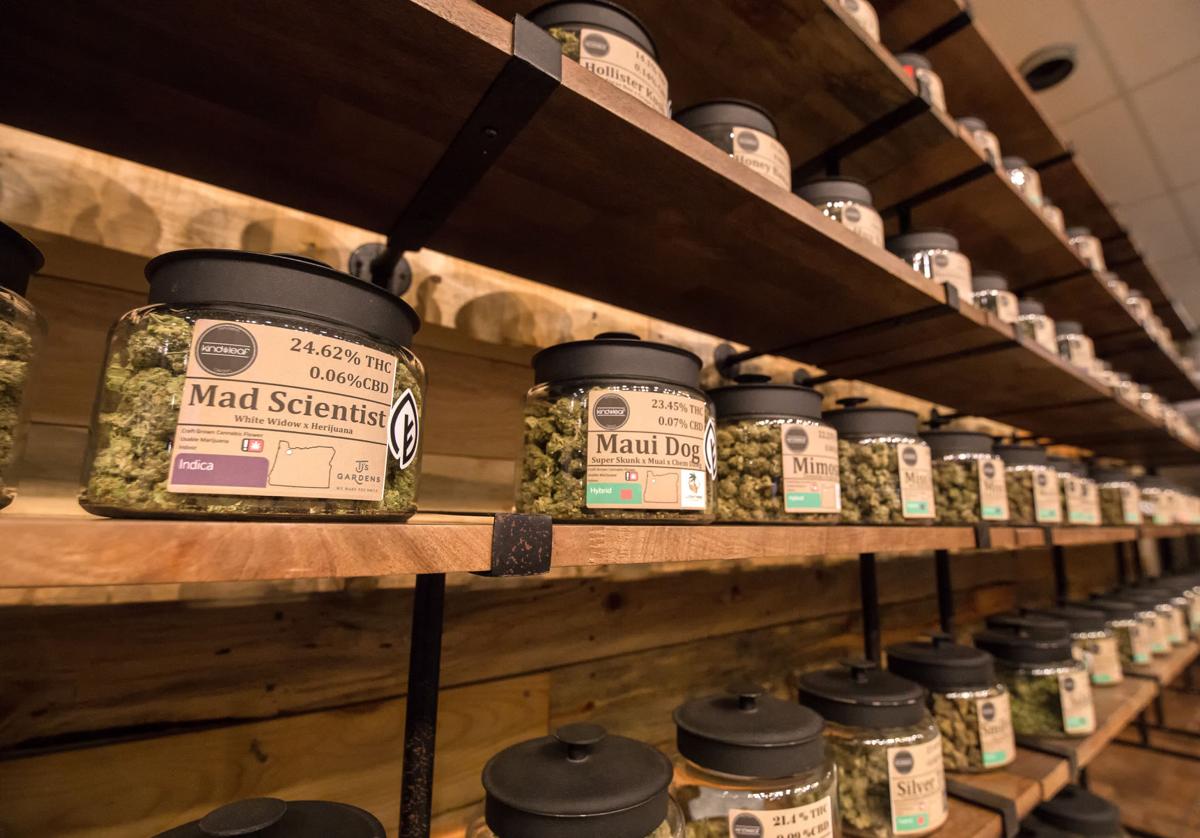 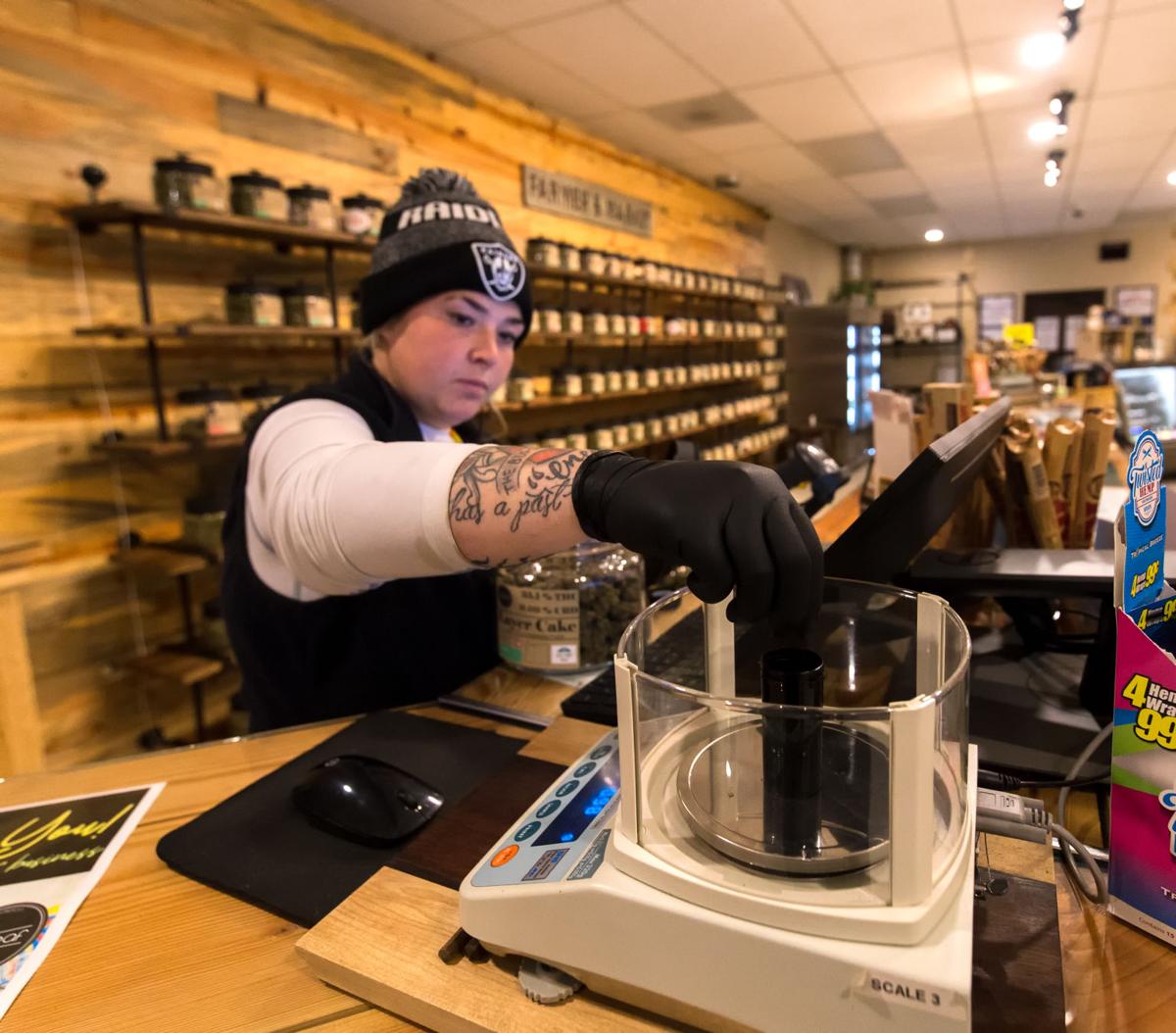 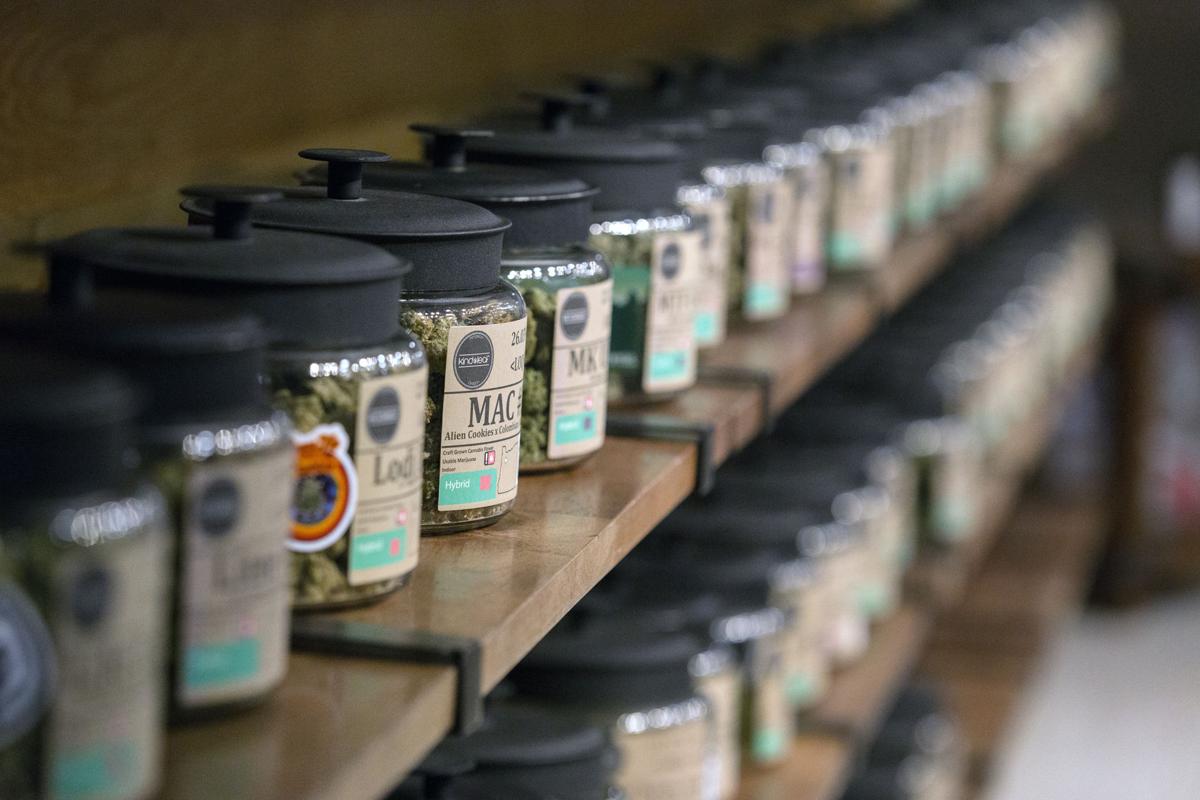 PENDLETON — The Wizard of Weed wasn’t being mobbed yet by his admiring public, but the night was young.

On a recent Saturday, Cannabis geneticist Daniel John Short stood near gleaming glass counters and well-stocked shelves at the Kind Leaf marijuana shop in Pendleton. Nearby sat a table with copies of Short’s book, “Cultivating Exceptional Cannabis: An Expert Breeder Shares His Secrets” and a little sign reading “World Renowned Cannabis Breeder.” The book has become something of a bud tender’s bible.

Short is something of a professor of pot or marijuana maestro, if you will. Short, the grandson of a gypsy herbalist who grew cannabis and other herbs for medical reasons, started tinkering with cannabis in Eugene as a 21-year-old growing pot under a fluorescent desk lamp at the foot of his bed. He used knowledge of phenotypes and genotypes gleaned in college botany classes, experimenting with light, soils, fertilizers, terpenes and cloning techniques. Eventually, he crossed Sativa and Indica plants to create fast-growing varieties with various aromas and physical effects.

The next year, he started selling clones. In the years since, Short crafted some creative and well-known strains, including one that smells of fresh blueberries. He earned a spot in the High Times Seed Bank Hall of Fame, which honors “brave pot pioneers.” Krenzler said he thinks of Short as one of the greats.

“He created a strain that is the basis for a fair majority of products on this shelf,” Krenzler said, waving an arm vaguely in the direction of his behind-the-counter displays. “D.J. Short’s Blueberry is one of the most asked-for strains. I can’t keep it on my shelves.”

Short, a tall man with vivid blue eyes and a ponytail, grinned at that and took a swig from a water bottle.

Short, who divides his time between Pendleton and his home state of Michigan, has kept a low profile even when recreational cannabis became legal in Oregon in 2015. Cannabis, he said, operates within hazy parameters since it is still illegal under federal law. So the industry is trapped inside a gray area — or maybe a greenish-gray area — and Short keeps his head down. His business card says simply “Daniel John, Botanical Geneticist,” no last name, no phone number.

It’s not quite the Wild West, since there is too much regulation for that distinction. Still, he acknowledges that regulation is slowly evolving in a generally positive direction. Take banking, for example. Banks have been squeamish about serving cannabis businesses, which were forced to deal in cash and install automatic teller machines on-site. It was nigh impossible to get checking accounts or business loans. Recently, however, two Oregon credit unions — MAPS Credit Union and Wauna Credit Union — started serving cannabis businesses.

The Wauna website gives insight to the revamped thinking.

“Cannabis-related businesses often deal in cash-only transactions and so generally have large amounts of cash on-hand. Such circumstances can lead to an increase in crime or other dangerous activities. That being said, offering legal and compliant banking solutions to these businesses just makes sense to us — we are getting that cash off the streets and into a safe place.”

Not every cannabis business is near enough to a financial institution like MAPS or Wauna. Businesses pay cash to suppliers and co-employers who cut checks for employees.

Interstate commerce is another issue. Short lamented that interstate commerce isn’t allowed in the cannabis industry — yet. The Oregon House and Senate voted earlier this year to allow transfer of cannabis between legal markets should it become federally allowed. The state is positioned at the front of the starting line. But it may be a while. Last year, then-Attorney General Jeff Sessions rescinded an Obama-era policy allowing states to legalize marijuana without threat of a federal crackdown. Such a crackdown hasn’t materialized, but it could.

Short advocates for interstate commerce, which could ease another problem, a market flooded with pot. A liberal distribution of grower licenses — 1,123 active producers as of May — might have led to over-saturation. A bill passed in June gives state regulators more power in issuing new licenses to curb production by denying new licenses if supply exceeds demand. Short and Krenzler said some of the glut is actually trim or moldy, seedy or otherwise unwanted cannabis. The state tracking system included all of it.

“There was no clarification on exactly how to deal with waste,” Krenzler said. “Now they changed the rule and we can take it to the dump.”

If Kind Leaf needs to dispose of bad product, he said, it’s taken off the shelf, mixed with kitty litter and water and, after three days, taken to a landfill.

Short talked about another change needed — standardized testing in the industry. The higher the test score, the higher the price. But test scores for THC content vary from lab to lab by 10%, he said, which can make or break a product.

Another annoyance is the list of state security requirements for cannabis retailers. After business hours, all marijuana must be kept in a safe or a vault behind a steel door. The premises must have a security alarm system and high-resolution 24-hour-a-day video coverage that photographs all points of egress and the sales areas.

“We can have zero blind spots in the facility,” Krenzler said.

The requirement to move product to a vault every night takes time. Krenzler’s employees spend about 45 minutes each morning and evening moving a large inventory of marijuana.

“The requirement to lock everything up at night — liquor stores don’t have to do that,” Short said. Krenzler said the requirements are a mixed blessing. Once a person with nefarious intentions cases the shop and sees that the place has multiple cameras, motion and glass break detectors and other security measures, “they realize rather quickly it’s a lost cause.”

Still, on balance, Short said the industry is making progress.

“It is getting better,” he said. “We’re moving forward.”

He pulled away to talk to a member of his admiring public headed his way. Before the night was over, he spoke to many fans and autographed multiple copies of his book.

“No less than 50 people came to see him,” Krenzler said later. “People wanted to meet the legendary D.J. Short.”