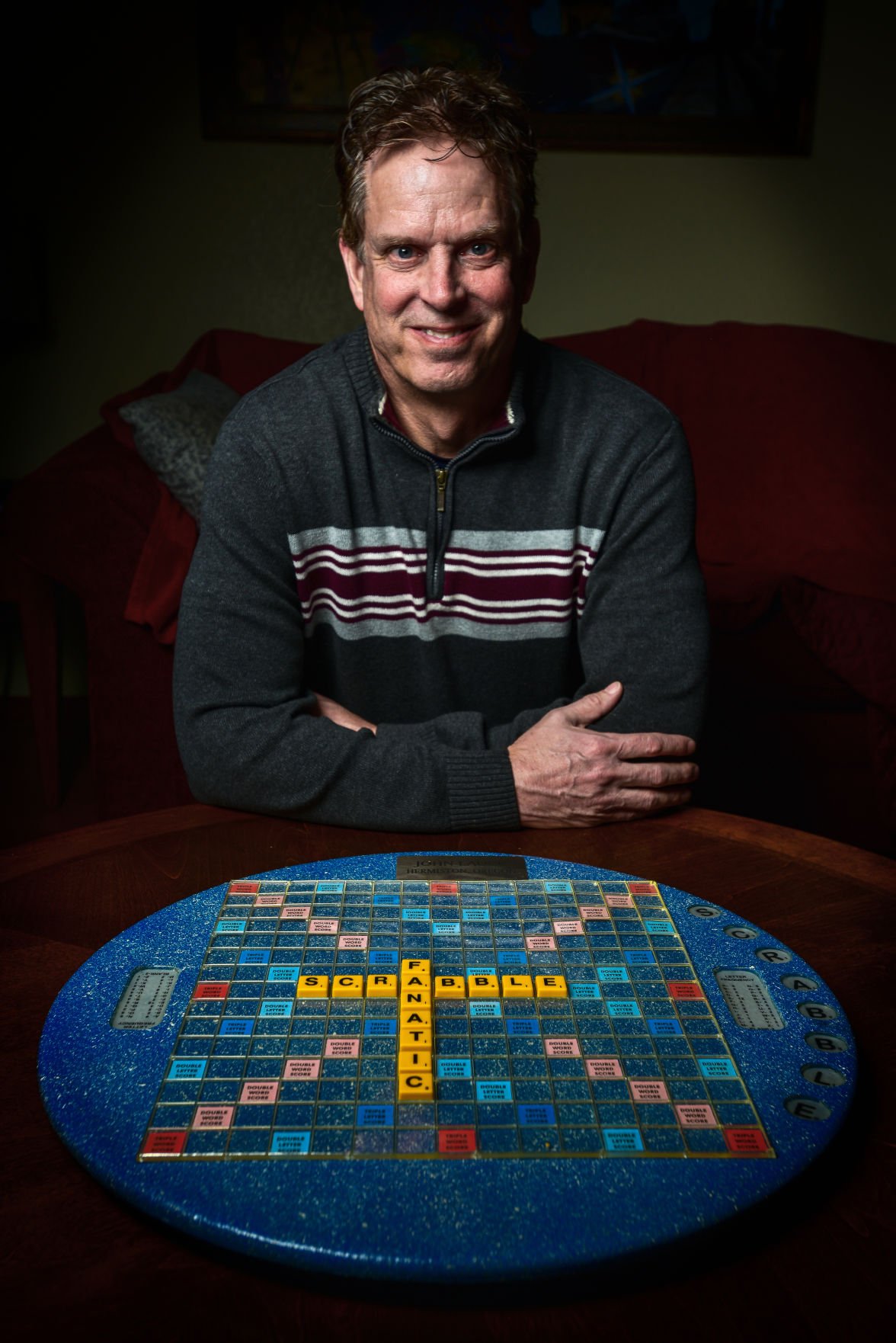 Hermiston math instructor John Lauck is a master at the game Scrabble and he competes in tournaments across the country. 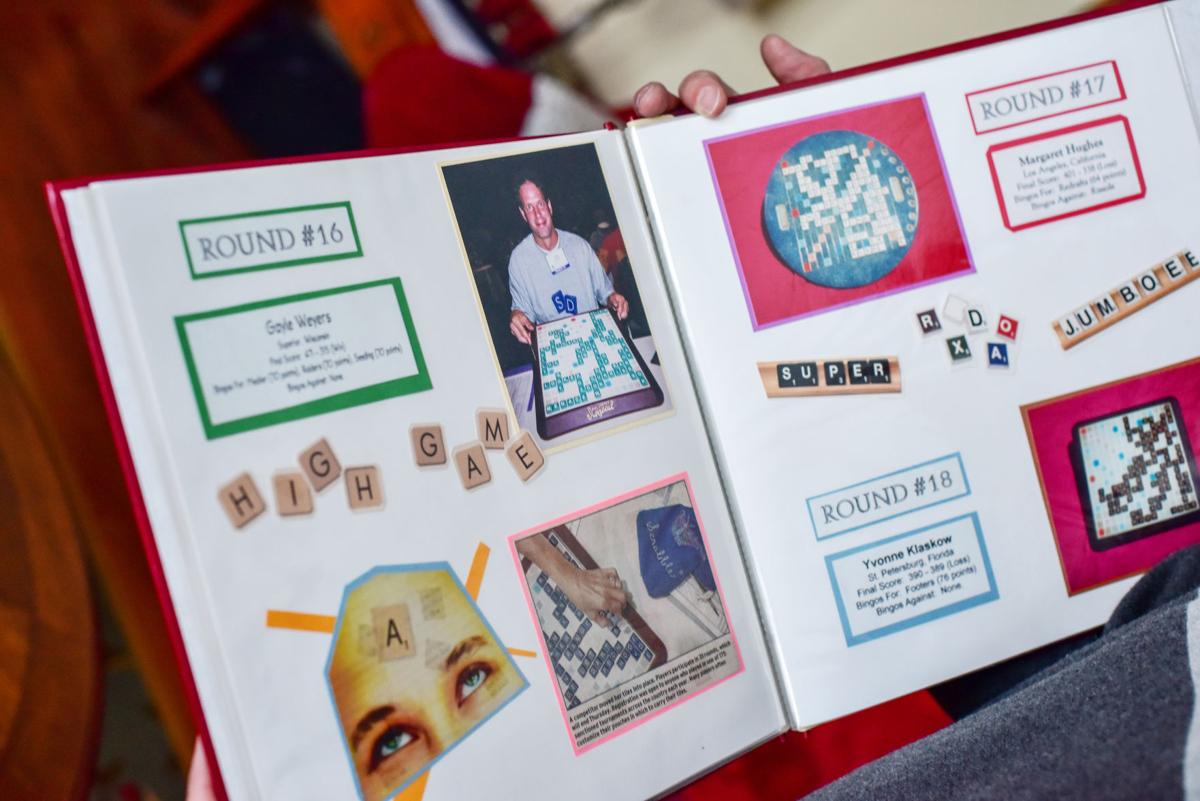 Scrabble enthusiast John Lauck of Hermiston keeps a scrapbook of his exploits from the tournaments he has played in. 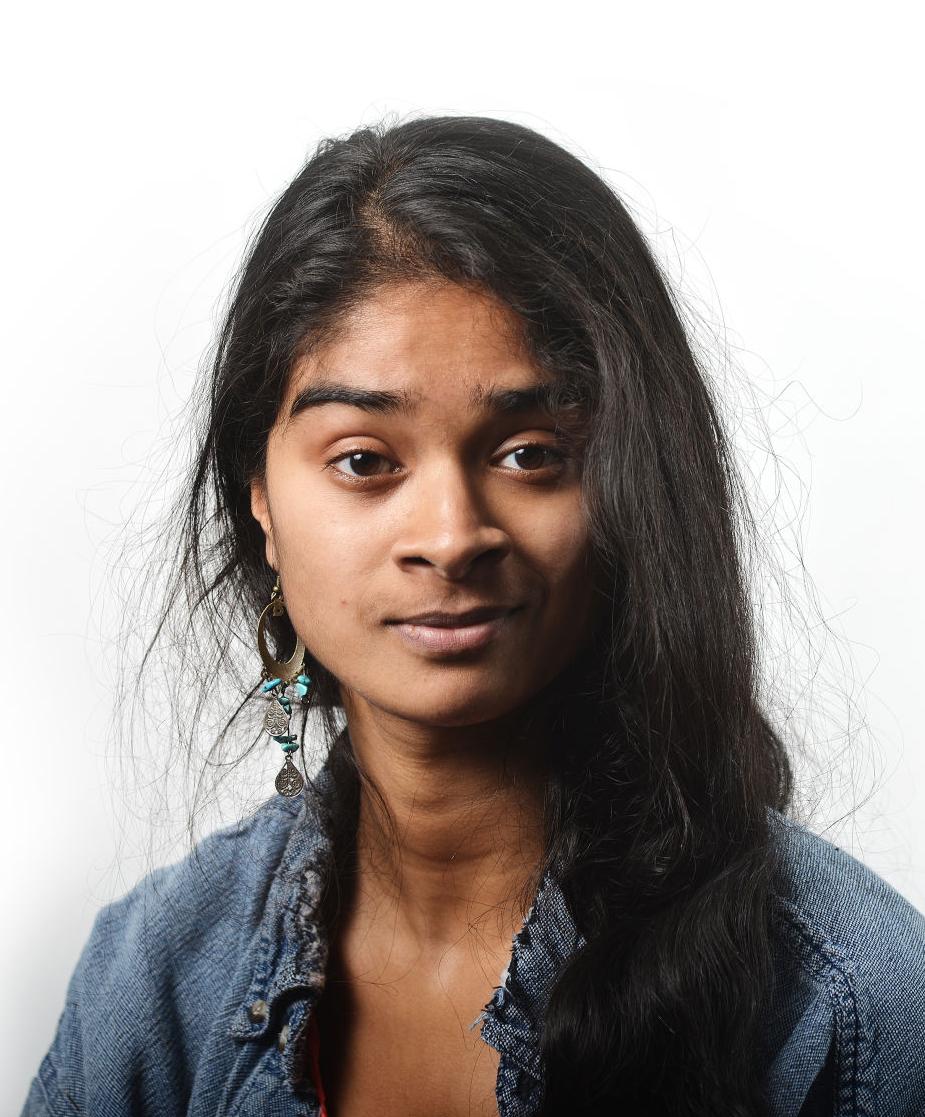 Hermiston math instructor John Lauck is a master at the game Scrabble and he competes in tournaments across the country.

Scrabble enthusiast John Lauck of Hermiston keeps a scrapbook of his exploits from the tournaments he has played in.

It’s a phrase journalists know well, when they have to lop off a paragraph of beloved copy because it’s not pertinent to the story, it’s too long, or there’s just a better way to say it.

I relearned that phrase when I faced off in a game of Scrabble against John Lauck, a teacher who used to compete in Scrabble tournaments around the U.S.

Lauck and I sat down at Neighbor Dudes Tap House in Hermiston one afternoon to talk about his competition days. We ended our conversation with a game of Scrabble — competition rules. As I stockpiled high values with the hopes of building elaborate words, Lauck quickly put together short words that scored high, taking advantage of double- and triple-word scores.

A math instructor at Blue Mountain Community College, Lauck was a longtime teacher at Hermiston High School. Full of energy and enthusiasm for any sort of battle of wits, Lauck also helms the school’s Knowledge Bowl club.

Drowning out the noise at the taphouse, Lauck and I focused on the board. He’d brought all his competition Scrabble equipment, including a board on a rotating platform, official Scrabble dictionaries, non-embossed tiles — so you can’t cheat and feel for what letters you want — and timers. As soon as each player is done with their word, they hit the timer, and the other player’s timer starts. Competition allows 25 minutes for each player. In tournament play, every game starts with the players laying out the tiles in a 10-by-10 grid to ensure that all 100 tiles are there.

It started off simple. As we played words like “cage” and “chair,” I relaxed. Now I could focus on some really meaty words.

But I made a key mistake. I focused on the words, instead of the points. Though I drew nearly all the high-value letters — X, Q, Z, and K — I didn’t optimize them, often missing a double- or triple-word score by just one space, and leaving Lauck open to use the space.

As much as it pains me, I have to share the final score. Lauck ended up with 343 points. I, after docking 20 points for going over the time limit, was left with 187.

A gracious winner, Lauck congratulated me.

“You played a good game,” he said. “But there were a couple of times you left me open.” He pointed to a few spots where he could easily build on my words.

Lauck grew up playing Scrabble with his grandmother and other family members, and has always liked words.

“I love learning new words as well,” he said. “And it helps me to remember them if I look them up.”

He has been to about 10 tournaments since 2002, including five national ones. They’ve allowed him to travel, including to San Diego, New Orleans, Las Vegas, Dallas and Orlando. He likes to combine the trips with sightseeing.

Though he’s now played hundreds of tournament games, there are things that still stick out in his memory.

“My first tournament in Portland, I played against a high schooler from Seattle,” he said. They were both nervous, and then Lauck played a faulty word, spelling “Xerox,” but with a “Z” for the first letter instead. But because they were both so nervous, the kid did not challenge the word, and Lauck got a lot of points, and ended up winning the match.

In another tournament, he played against a retired librarian from New Hampshire. During the game, it was her turn, and Lauck noticed she was taking a long time to put down a word. Five minutes went by, when suddenly he heard a snore.

“She says, ‘John, did I never tell you I have narcolepsy?’” he recalled. He encountered her again in a tournament, and won that round as well.

“It’s fun meeting people, but once the Scrabble playing starts, you’re not chatting,” he said.

The players take the game seriously, so much so that Lauck has only played in the lowest division. The tournaments last for four and a half days, and Lauck said they usually play about 31 games during that time.

Lauck said he’s had some games where he’s scored more than 100 points on one word, but he couldn’t remember a word that he was most proud of.

“One game, I had three ‘bingos,’” he said. A “bingo” in Scrabble means the player uses all seven letters in one play, which automatically nets them 50 points on top of the points the word would earn otherwise. He remembers playing the word “scaline,” which is a type of triangle, and getting a bingo. The opponent challenged the word, but Lauck, a math teacher, knew he was in the right.

Lauck has meticulously kept records of all his tournaments. He has scrapbooks for each one, with photos of each board after the game was over, and photos or newspaper articles from coverage of the tournament. He kept the scorecards from some of his matches, which tell the winning and losing scores, as well as point spread and win-loss record.

Though he’d like to get into competing again, Lauck said he’s also looking to start a local club.

“It would be nice to get a community of people together, and we could come to local businesses like this one,” he said.

Perfect place for a rematch.

Jayati is a reporter for the East Oregonian and Hermiston Herald. She covers education and public safety.

Jayati is a reporter for the East Oregonian and Hermiston Herald. She covers education and public safety.