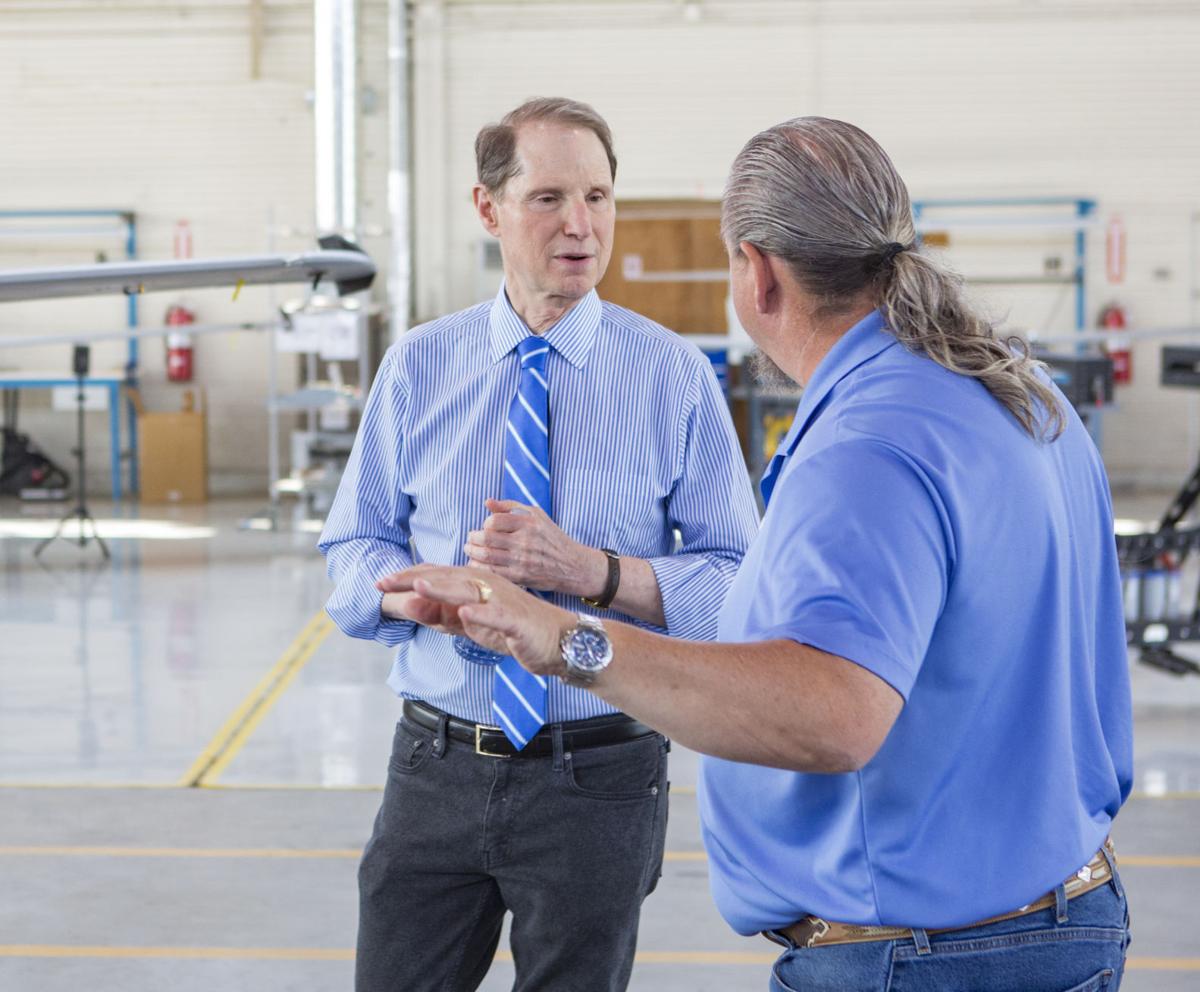 Senator Ron Wyden speaks with Ken Bisconer, director of flight operations at PAE ISR, during a tour of the drone company’s hangar at the Pendleton Unmanned Aerial Systems Range. 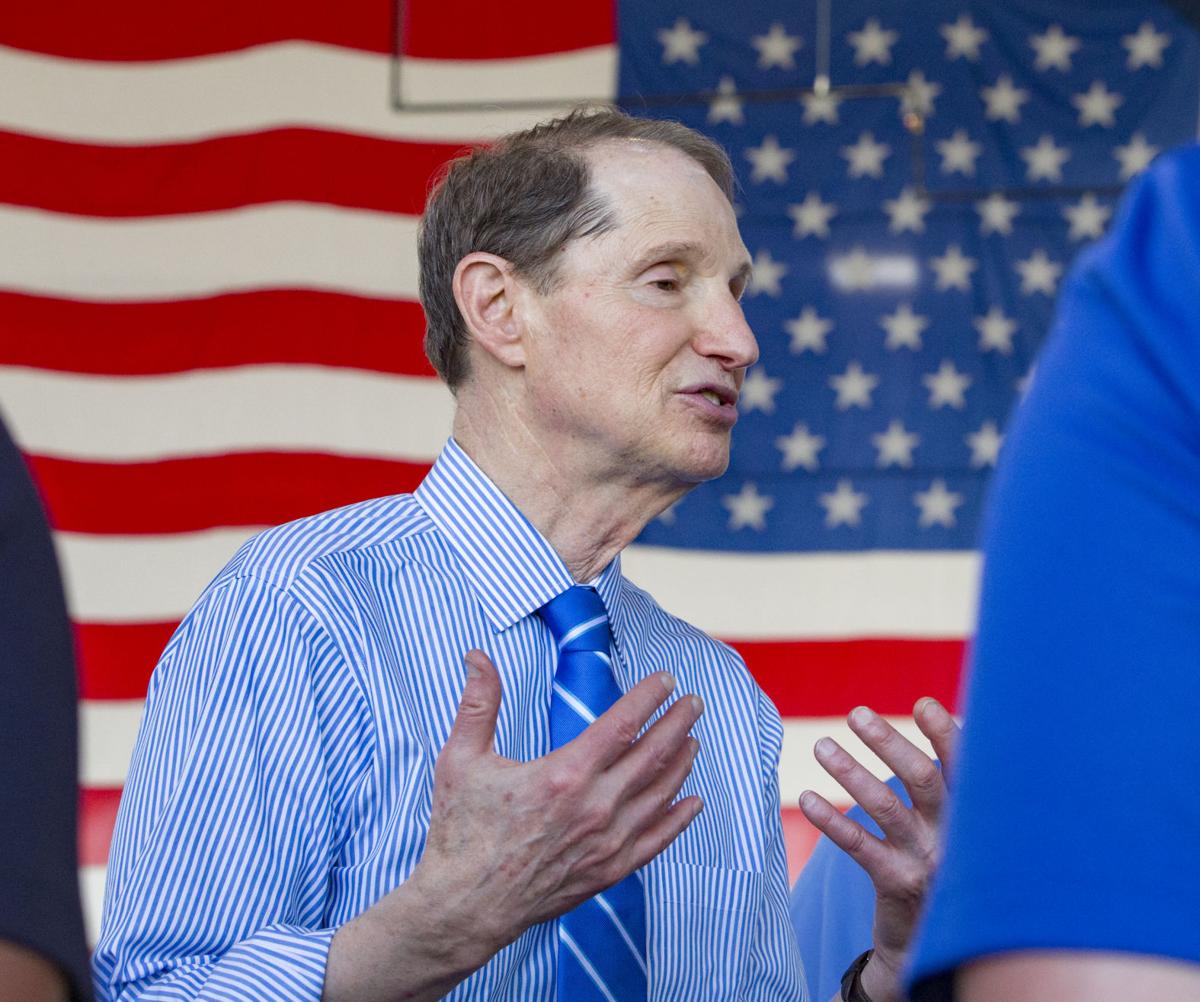 Senator Ron Wyden speaks with PAE ISR employees about issues they face with FAA regulations surrounding drone testing and the use of UAS test ranges. 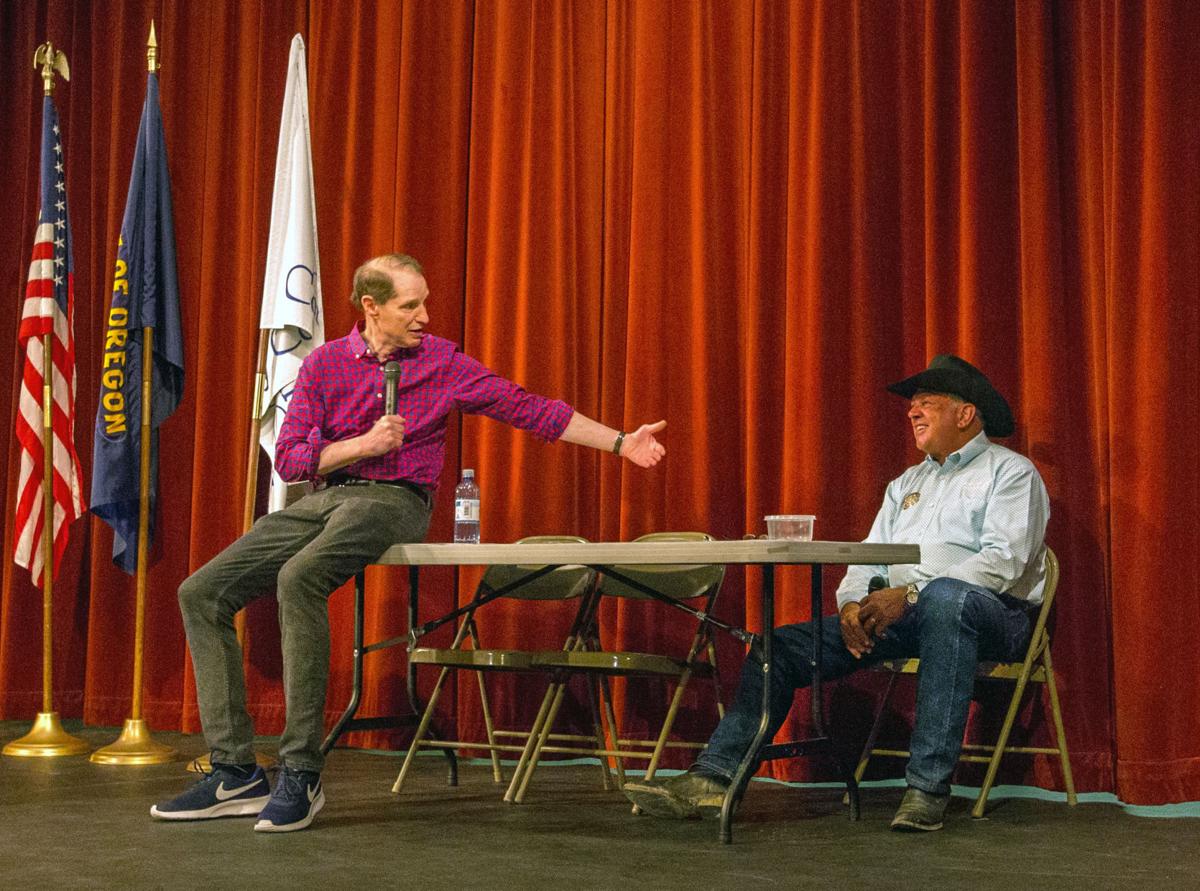 Sen. Ron Wyden, D-Oregon, gestures towards Pendleton Mayor John Turner, who is a Republican, at Sunday’s town hall at BMCC as an example that good bipartisan relationships are possible. 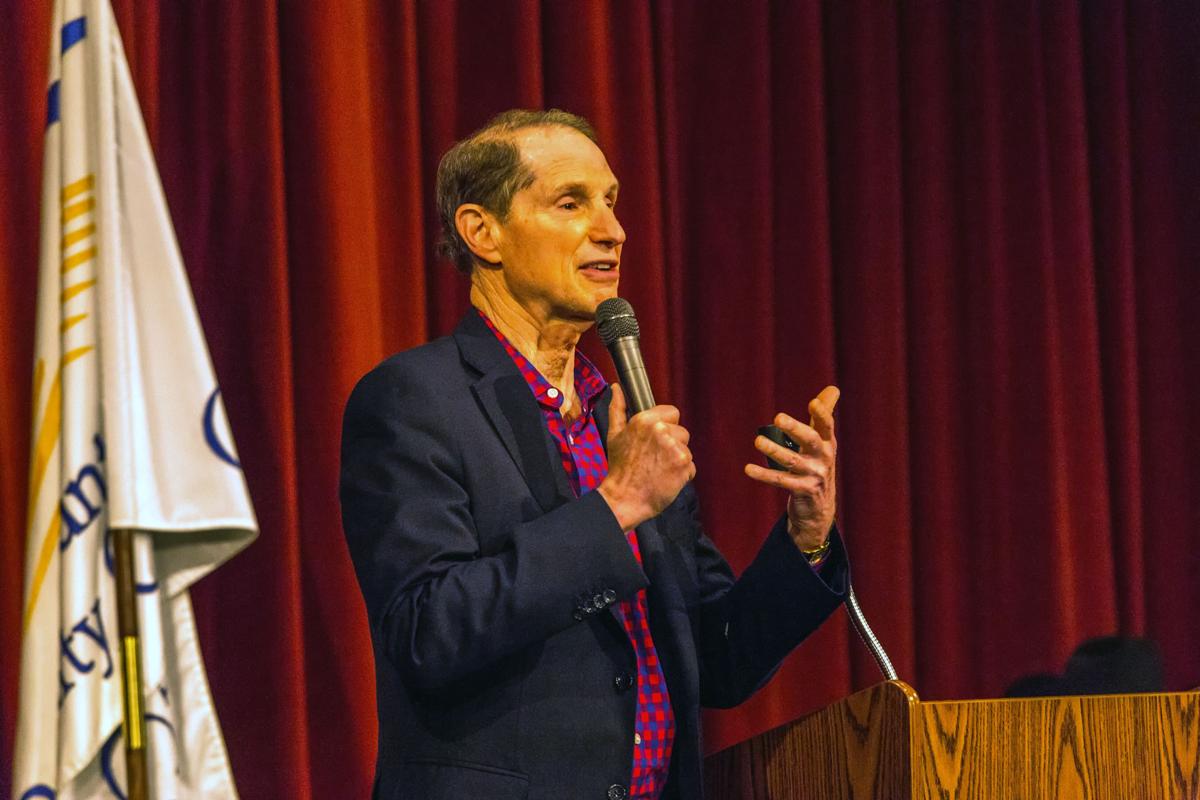 Senator Ron Wyden speaks with Ken Bisconer, director of flight operations at PAE ISR, during a tour of the drone company’s hangar at the Pendleton Unmanned Aerial Systems Range.

Senator Ron Wyden speaks with PAE ISR employees about issues they face with FAA regulations surrounding drone testing and the use of UAS test ranges.

Sen. Ron Wyden, D-Oregon, gestures towards Pendleton Mayor John Turner, who is a Republican, at Sunday’s town hall at BMCC as an example that good bipartisan relationships are possible.

PENDLETON — A self-described “privacy hawk,” Sen. Ron Wyden, D-Oregon, spent much of the morning praising the manufacturer of a drone called Resolute Eagle.

If anyone noticed the raptor connection, it went by unremarked at a tour of the PAE ISR facility at the Pendleton airport.

He noted the potential economic impact the drone industry could have on rural Oregon, pointing to an article in The Oregonian that showed jobs in technology had an average annual salary of $115,000 compared to the $53,000 state average.

At the end of his tour of the World War II-era hangar that now acts as PAE’s West Coast operations facility, Wyden met with PAE employees.

After telling the group that Congress had extended the UAS test ranges to 2023, he asked how he could help PAE from Washington, D.C.

One PAE employee volunteered that the company occasionally struggled with a regulation that required registration numbers for every drone. He added that those numbers were often deregistered once PAE shipped the drone overseas.

Wyden promised that he would connect his staff with PAE’s to help solve the issue and any other federal issues they encountered.

Wyden and the issues

Between a Sunday afternoon town hall at Blue Mountain Community College and a meeting with the East Oregonian editorial board, Wyden, a Democrat, was forceful in his opposition to some of the Trump administration’s actions.

In light of rising tensions in the Middle East after Iran shot down an American drone, an audience member at the town hall asked Wyden what the U.S. could do to avoid a war in Iran.

Noting that President Donald Trump had authorized strikes against Iran before pulling back, Wyden was adamant that “nobody is going to cut corners” when it comes to going to war with Iran.

“Mr. Bolton has never seen a cause he didn’t want to start a war over,” he said.

Another audience member asked Wyden how America could protect itself from election interference.

“I believe hostile foreign powers are going to interfere in our elections in 2020 in a way that will make 2016 look like small potatoes,” Wyden responded.

Wyden touted his work on the SAFE Act, a bill that requires paper ballots in national elections and cybersecurity audits.

The bill recently passed the U.S. House of Representatives, but it faces much tougher odds in the Senate, which is controlled by Republicans.

He said election security supporters should fan out like “digital Paul Reveres,” spreading the word about the issue and putting pressure on Senate Majority Leader Mitch McConnell to allow the bill’s consideration in the Senate.

And like Rep. Greg Walden’s town hall earlier in the day, the conditions at the immigration detention camps near the U.S.-Mexico border became a topic of discussion.

Wyden recounted a recent video from federal court where a lawyer from the U.S. Justice Department argued that the federal government wasn’t required to provide migrant children housed in detention centers soap or toothbrushes.

“That’s not American folks,” he said. “When you see a child that’s hurting, whether it’s by the roadside or anywhere else, you try to reach out and help that child rather than walk in the other direction.”

Toward the end of the meeting, an audience member who identified himself as a member of a local Tea Party group spoke up.

The man pushed back against some of Wyden’s criticism of the president and his comments on climate change.

Wyden said they may not agree on the issues, but giving the man a chance to speak at the town hall was a part of the “Oregon Way.”