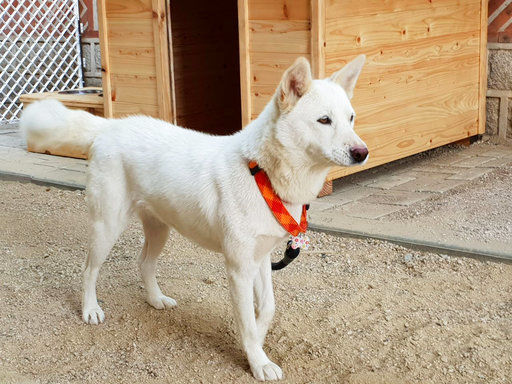 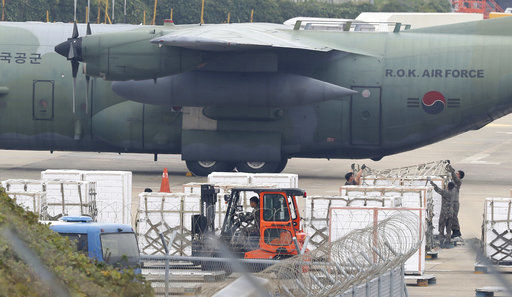 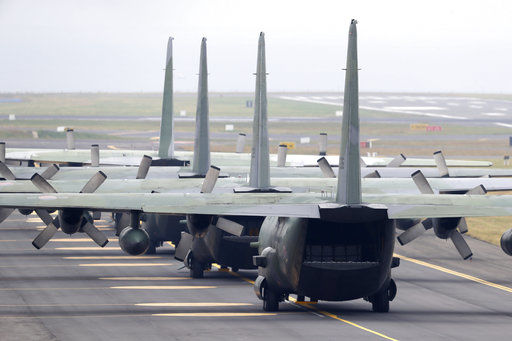 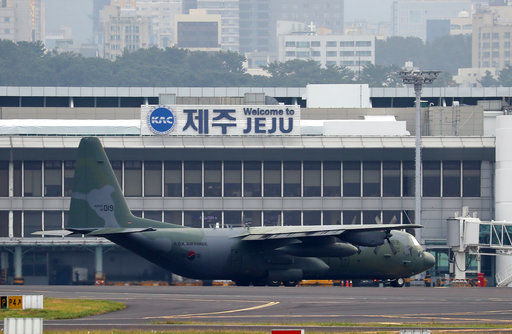 SEOUL, South Korea (AP)  South Korea has airlifted 200 tons of tangerines to North Korea in return for shipments of pine mushrooms by the North in September, officials said Monday.

South Korean military planes flew to Pyongyang, North Korea's capital, on Sunday and Monday to deliver the fruit from the southern island of Jeju, according to Seoul's Defense Ministry. The airlifts are another sign that liberal South Korean President Moon Jae-in is moving ahead with efforts to improve ties with North Korea despite stalemated global diplomacy on the North's nuclear program.

After a summit meeting between the Koreas in Pyongyang in September, North Korea gave South Korea 2 tons of pine mushrooms as a goodwill gesture. Pine mushrooms are white and brown fungi that are considered a healthy delicacy in both Koreas and other Asian countries. They are one of the North's most prized regional products, and the country shipped them to South Korea in 2000 and 2007 after previous summit talks.

"Six dogs were added to a gift of two dogs. I cannot help saying it's a big fortune and I hope that South-North ties will be like this," Moon said.

Pungsan is a dog breed native to North Korea and is best known for its loyalty and bravery during hunting. North Korea sent a pair of Pungsans to South Korea after the 2000 summit, and South Korea gave two indigenous Jindo dogs to the North.

Despite warming ties between the Koreas, there have been no major recent breakthroughs in U.S.-led diplomacy aimed at stripping North Korea of its nuclear program.

According to officials in Seoul and Washington, North Korea recently postponed high-level talks with the United States on the North's disarmament and on setting up a second summit between President Donald Trump and Kim.

After a provocative series of nuclear and missile tests last year, North Korea entered talks with the United States and South Korea this year, saying it's willing to deal away its growing nuclear weapons arsenal. The North has since taken measures such as dismantling its nuclear test site and parts of its rocket-engine testing facility, but U.S. officials want it to take more significant, irreversible steps toward denuclearization.

Moon, who has met Kim three times this year, believes that better ties between the Koreas will help resolve the nuclear issue.

South Korea's Unification Ministry said Monday it has approved a visit by seven North Koreans to attend an academic forum in the South later this week. The forum is on regional issues, including Japan's wartime mobilization of laborers in the Asia-Pacific region.

Seoul said Saturday that the two Koreas have finished withdrawing troops and firearms from some of their front-line guard posts as part of their agreements to lower military tensions. The Koreas have also halted military exercises along their border and have been clearing mines from a border area to conduct their first-ever joint searches for Korean War dead.