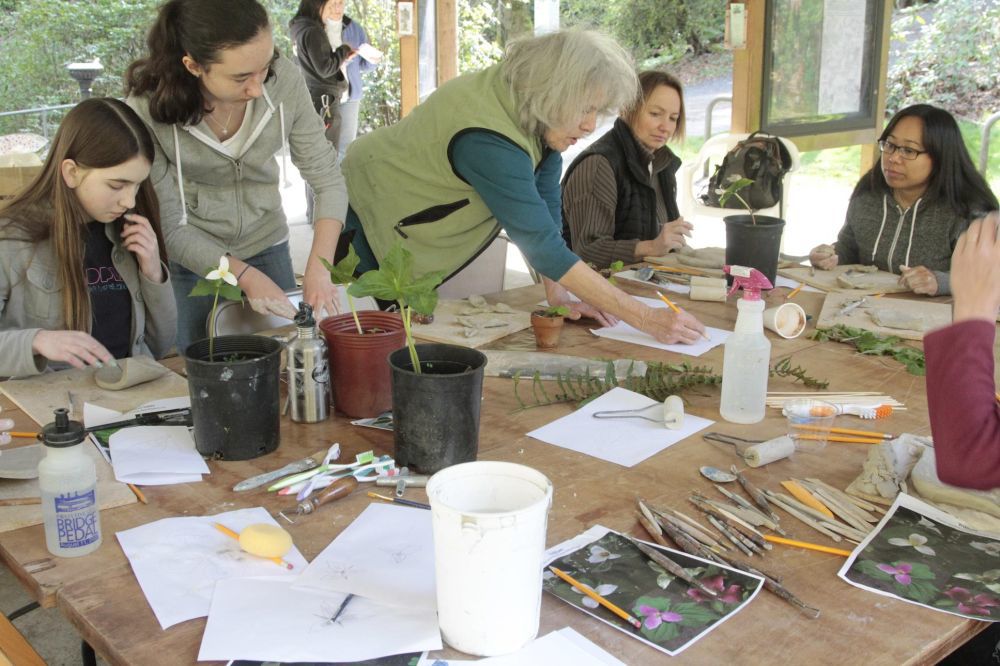 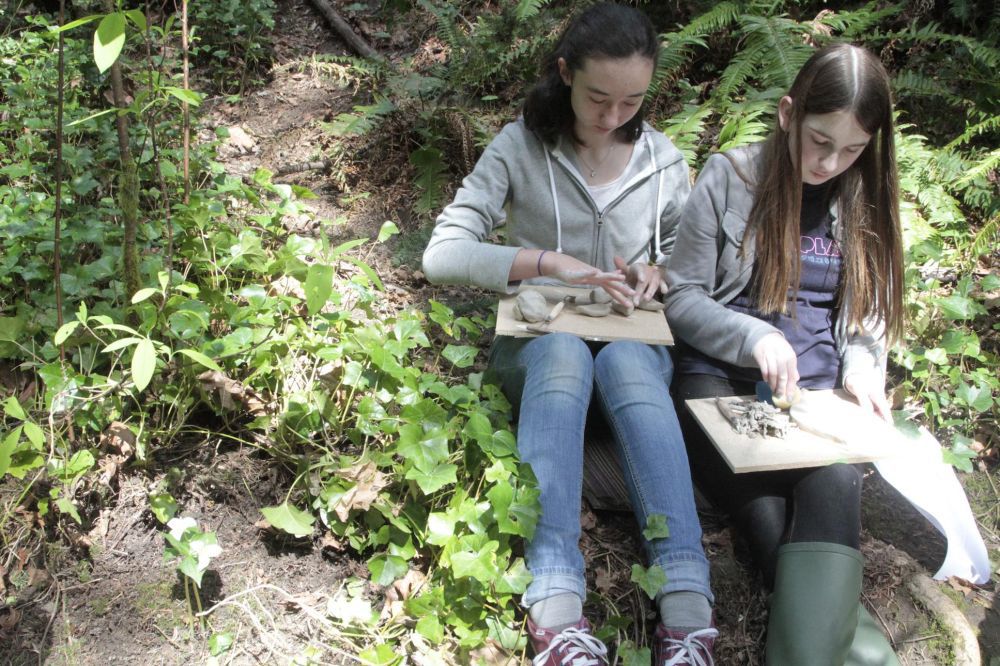 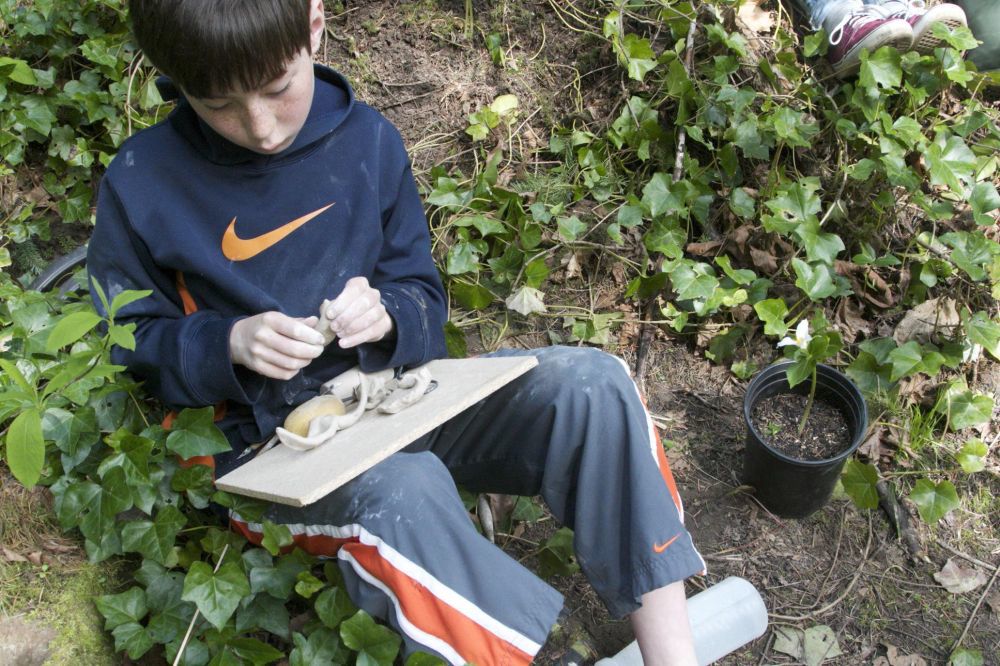 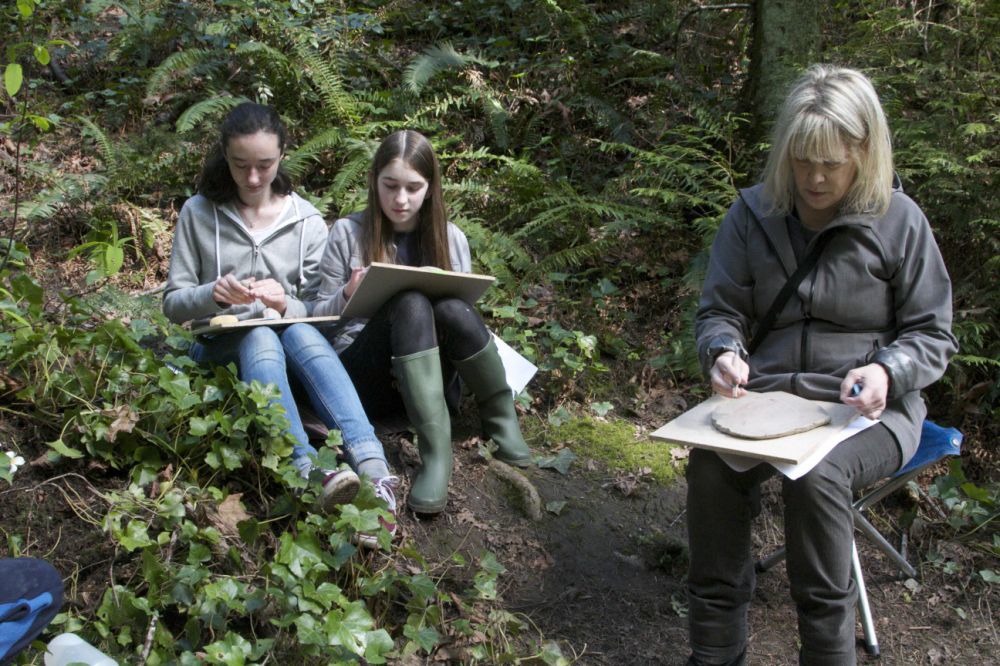 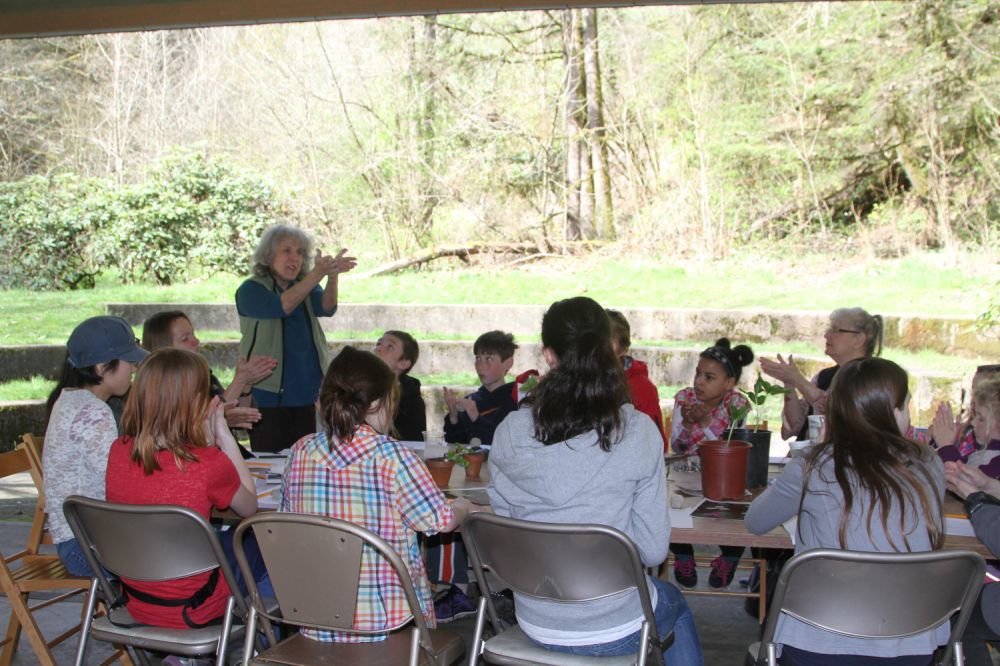 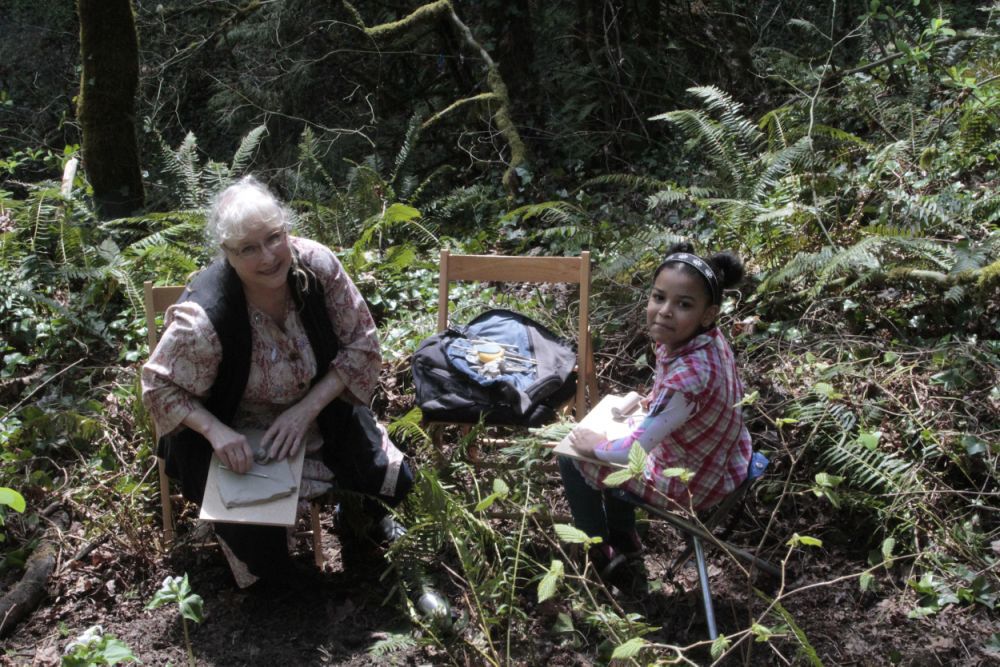 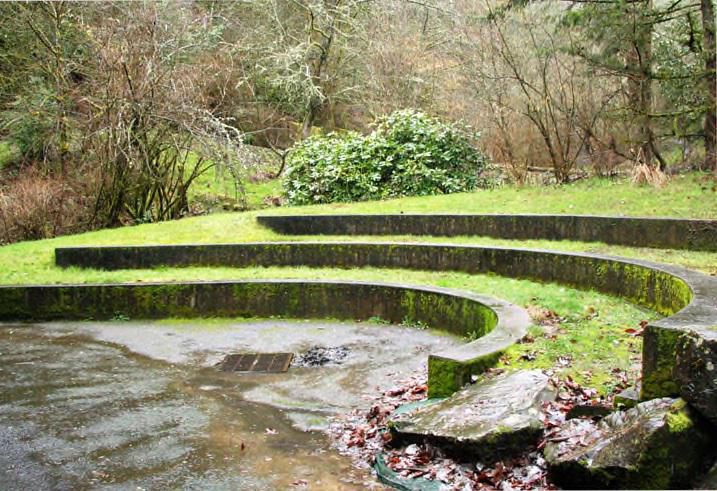 Artist Lynn Takata teaches participants how to use clay to re-create the native flora and fauna of Marquam Nature Park.

Tucked away in the southwest hills of Portland, the Marquam Nature Park amphitheater is a simple 3-step concrete construction, greeting visitors at the Marquam shelter as they arrive at the park. Over the next few months, this simple amphitheater will be transformed into a beautiful piece of public artwork with the help of dozens of community members around Portland.

People of all ages, backgrounds and phases of life are coming together to create a 100-foot-long mosaic that will decorate the amphitheater steps with colorful designs inspired by native species of the area. The project is headed by participatory public artist Lynn Takata, who has led many public mosaic projects in Oregon, including the Salem Peace mosaic at the Salem Family YMCA.

"The design for Marquam Nature Park is inspired by local native flora and fauna," says Takata. "It is a beautiful natural area, peaceful and inspiring. Yet many are not aware of the park. I would like to highlight the ecology in the park and weave a poem about the environment into the mosaic."

The public can participate in a series of free workshops taking place in several different locations around Portland to help create the mosaic. Pieces of the larger mosaic created at these workshops will ultimately be joined together when the final product is installed over several weeks in August. The public is also invited to participate in the installation process.

For Takata, art created by the community has the ability to empower its members.

"Participatory public art works on so many levels," explains Takata. "It gives the public the opportunity to create and to have a voice; it can change the lives of people who create the art. And the finished art can create a place that is meaningful."

Since the design of this public art project is influenced by the community, Takata finds that the process is somewhat unpredictable, and also inspiring.

"I enjoy the uncertainty of creating and not knowing exactly what will transpire," says Takata. "So while we have a conceptual design, I arrange the mosaics on-site. It is an improvisational process, like jazz, so I respond to input as the process evolves."

Lisa Hamilton of Portland participated in one of the workshops with her 12-year-old daughter Ruby. Children and adults came to the shelter at Marquam Nature Park and learned to work with clay to re-create some of the native plants around them. They spread out among the trees, observing trillium flowers and sculpting them in their clay.

"It's exciting to work on a public art project ... [My daughter] can tell her kids and grandkids about it. It's nice to have that kind of connection to the park," says Hamilton.

Participation in such a community art project can also serve a healing purpose. The Marquam Mosaic Project will include specially themed workshops for participants from Shriners Hospital for Children, as well as for groups from Hopewell House for people who are grieving.

"Art can save lives and provide an outlet for healing," explains Takata. "The process of artwork: learning to trust, taking risks and expressing [oneself] can be transformational ... Art can play an important role in healing and give people a chance to create artwork in honor of someone who they are grieving for."

Takata understands the role that participatory artwork can have in a community over time. For her and others, this is just beginning of the legacy of the Marquam Nature Park Mosaic.

"I've returned to projects years later and people continue to interact with the mosaic or sculpture long after the project has been finished."

You can take part in the Marquam Mosaic Project by attending one of thefree public workshops.