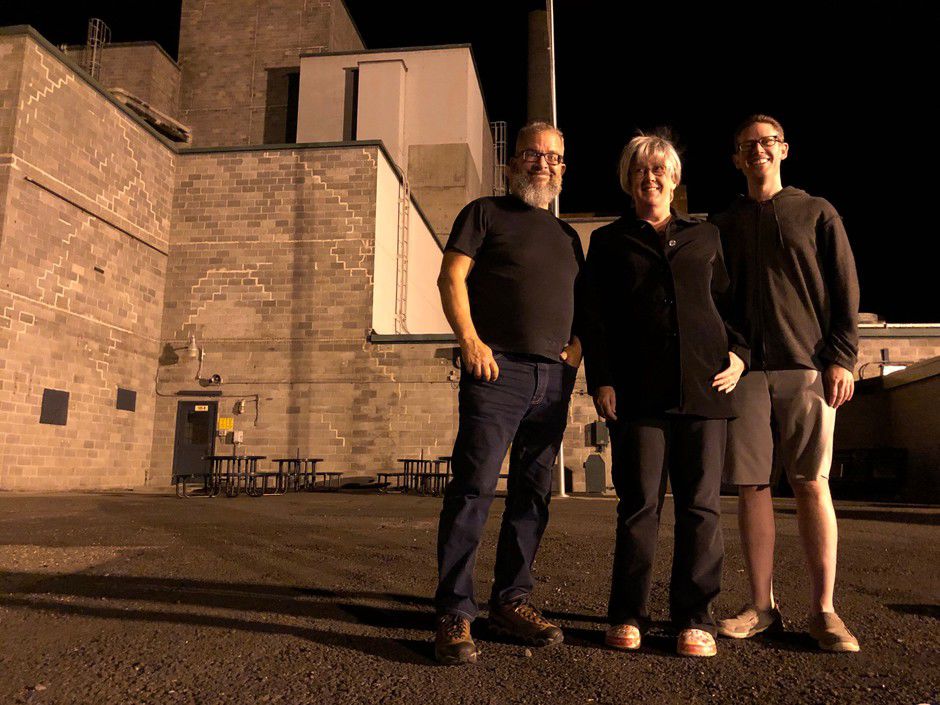 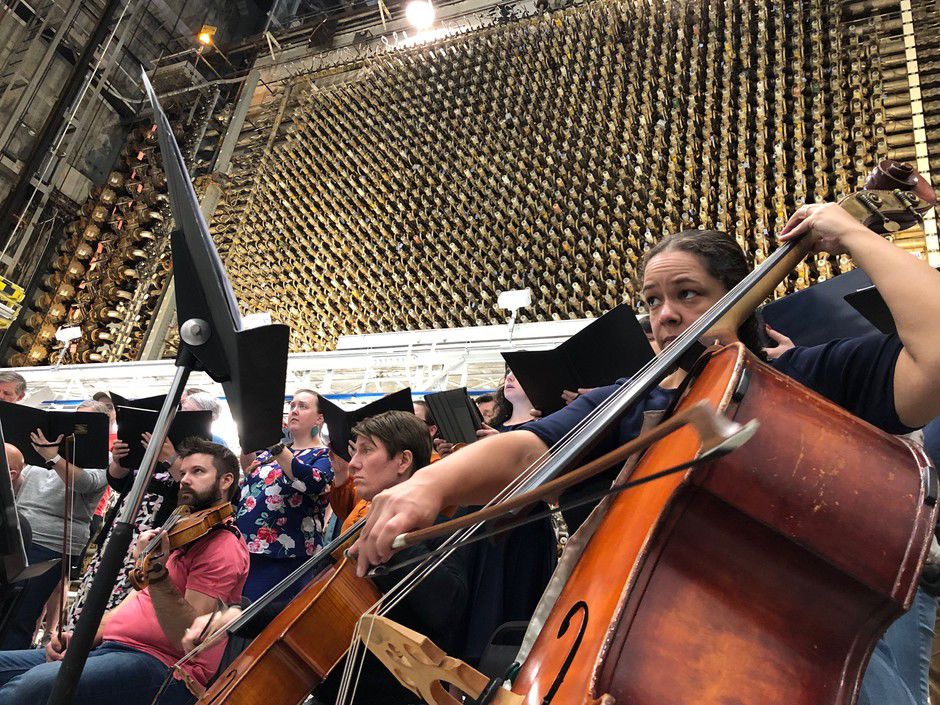 The orchestra practices the new oratorio, “Nuclear Dreams” in front of the B Reactor’s face at Hanford.

The orchestra practices the new oratorio, “Nuclear Dreams” in front of the B Reactor’s face at Hanford.

HANFORD, Wash. — You’ve heard the grim numbers about the Hanford nuclear site — the millions of gallons of radioactive waste and the growing price tag for cleanup.

But now, the creators of a new musical work called “Nuclear Dreams” highlight the dreams and nightmares of people who work and live near Hanford in Washington’s Tri-Cities.

On a recent weeknight, an orchestra with strings, bells, marimba and flute, along with Seattle-area soloists and the Mid-Columbia Mastersingers, practice a choral concert called an oratorio.

Hanford worker Nancy Welliver wrote the lyrics. A song titled “Radioactive Roses” talks about her own dream of Hanford.

Composer Reg Unterseher said the music and lyrics center on the dreams of nuclear workers.

“It’s about how do normal people react to what seems to the outside world as really extraordinary,” Unterseher said. “And the things that we’ve got quite used to in the Tri-Cities, things that we think are perfectly normal, everybody goes, ‘What? That’s strange.’”

For example: that he can see a nuclear reactor from his house’s back deck. Or that he has a friend who was on the team that won the Nobel Prize from studying black holes in space at the LIGO facility at Hanford.

The chorus is made up of Tri-Cities residents. Audiences for the upcoming performances will be bused to the B Reactor — the world’s first full-scale nuclear reactor — now a national historic landmark.

The building is surrounded by sagebrush. Inside, the musicians and choir set up right in front of the nuclear reactor — with flashing yellow lights and a constant mechanical hum. Musical chimes ring out as they’re shifted into place and hammers whack.

The space is all hard surfaces, high ceilings and a reflective sound quality. The choir calls it the “cathedral of the nuclear age.”

A female soloist belts out, “There is a radiance in the soul.”

To write her piece, Welliver adapted her graduate school paper about dreams and oral histories of Hanford workers.

Welliver was inspired by Freud and Jung and mythology.

“(Hanford has) got heroes, and warriors, and sadness, heartbreak, triumph, it’s got all that stuff in it. It’s just this great story,” Welliver said.

She said our culture is so hurried, so literal and so materialistic.

“I think it’s really important sometimes to go back to these ancient stories,” Welliver said. “And kind of remember our roots and what makes us human.”

B Reactor made plutonium for bombs, and the oratorio includes an oral history of early atomic bomb test explosions, when night became day.

The female parts sing, “It was completely daylight, at midnight,” while the male part of the chorus sings low, “Whoever is listening to this.”

Welliver hopes “Nuclear Dreams” can heal some of the complex history and feelings of Hanford’s past mission to help make nuclear weapons.