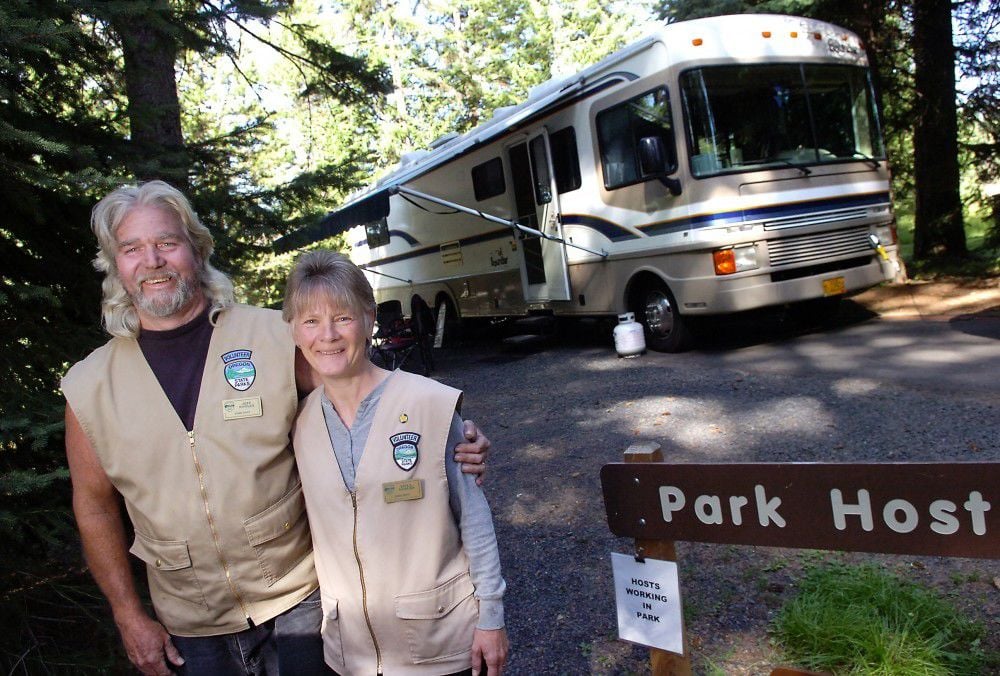 <p>Jeff and Lisa Fowler have been traveling all over the state volunteering as park hosts in state parks all over Oregon. They are currently park hosts at Emigrant Springs State Park near Meacham.</p> 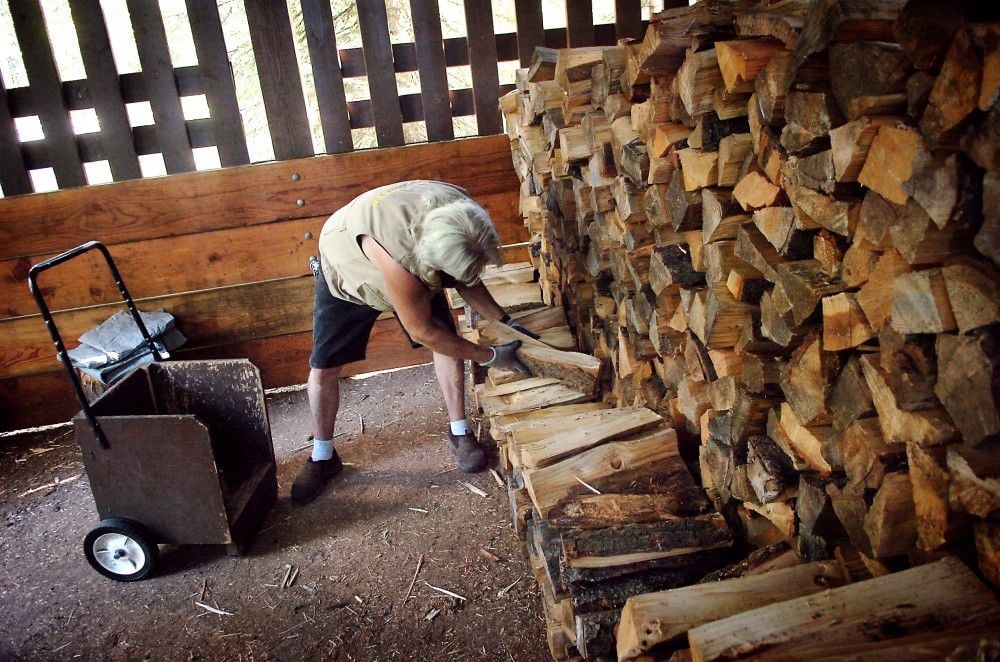 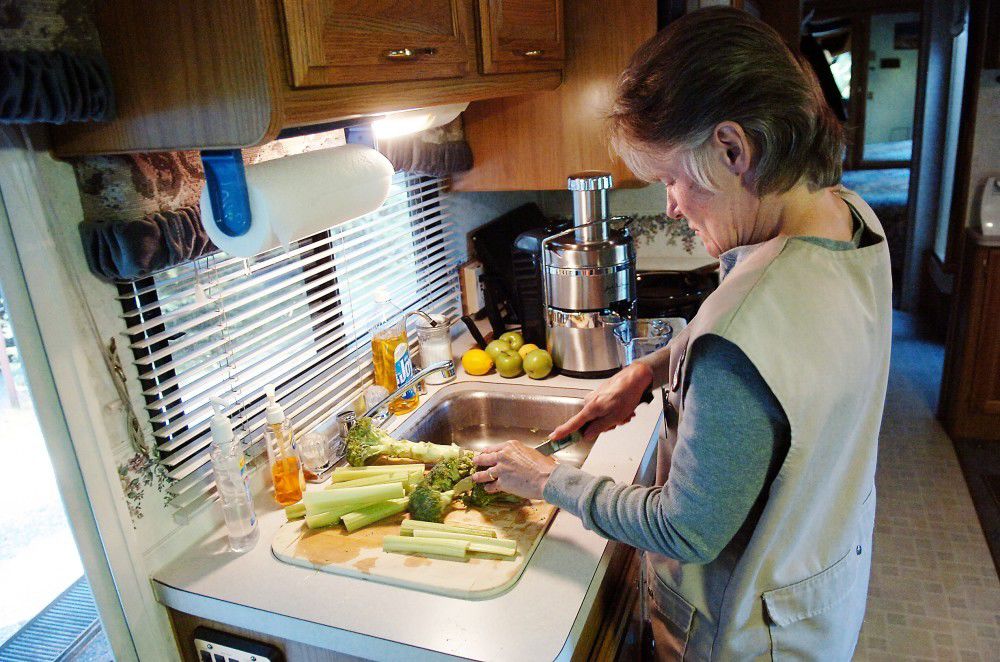 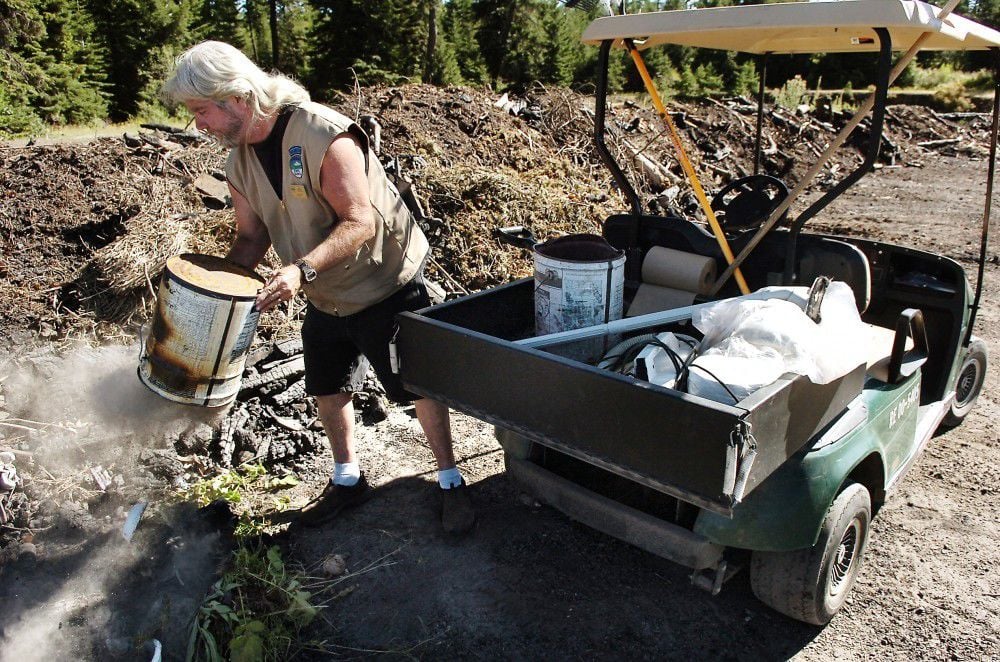 <p>Jeff and Lisa Fowler have been traveling all over the state volunteering as park hosts in state parks all over Oregon. They are currently park hosts at Emigrant Springs State Park near Meacham.</p>

Jeff and Lisa Fowler are making a life out of traveling in their 40-foot Bounder RV with a red Jeep Patriot in tow.

But its not entirely a life of leisure  the couple is spending retirement as roaming Oregon State Park hosts.

Lisa, 53, formerly a secretary and Jeff, 59, a park maintenance supervisor and landscaper, like the simple life of different campgrounds and parks across Oregon. In return for their volunteer work, the Fowlers receive free rent at the parks they serve. Their current location is Emigrant Springs State Park, halfway between Pendleton and?La Grande in the Blue?Mountain. Their daily duties include cleaning cabins and campsites and selling firewood.

Its just humble and simple, Lisa said. We dont have so many stresses and worries.

All volunteers help to contribute to our mission to get work done and provide a lot of services to customers, Nishball said. We have a limited number of full-time staff and they help supplement what we can offer.

The Fowlers began their volunteer career with the state agency in November 2011 at Champoeg State Park near St. Paul and later moving to Red?Bridge State Park and Wayside near La Grande. Their last stop before Emigrant Springs was Wallowa Lake.

We love camping and Oregon state parks are some of the best I have seen,?Jeff said. It has what we like and we can continue to do what we enjoy.

After a month at Emigrant Springs they will head back to Champoeg for one month before spending the winter at Valley of the Rogue State Park near Grants Pass. Jeff is originally from Southern California and moved to Oregon because his children live in the state, while Lisa grew up in Illinois before moving to California, then Portland. Neither Jeff nor Lisa had spent time in Eastern Oregon before volunteering for the parks department, but the couple has come to the conclusion each park is special in its own way. Jeff enjoys the work and Lisa enjoys meeting new people along the way.

I was too young to retire and thats probably why I get so antsy, Jeff said. We had enough to make ends meet and didnt owe any bills, so we decided to go out and make a difference.

We have met a lot of beautiful Christian people, Lisa said. At Wallowa Lake we had a Bible study where we went to church.

Jeff said any negative aspects to the experience have been minor and not enough to deter them from continuing their volunteer work.

Brenda Garrick is the volunteer coordinator for the Blue Mountain Management Unit, which includes Emigrant Springs and six other parks with volunteers. If all the volunteers in the management unit are couples, Garrick said she could be working with 74 volunteers.

Blue Mountain Unit Park Manager Clay Courtright said volunteer assignments vary and most of the time hosts stay at a site for one to two months at a time before going to a new facility.

Their next assignment could be across the state or in the same management district, he said. Typically hosts leave at the end of the month and new ones come in at the beginning of the month.