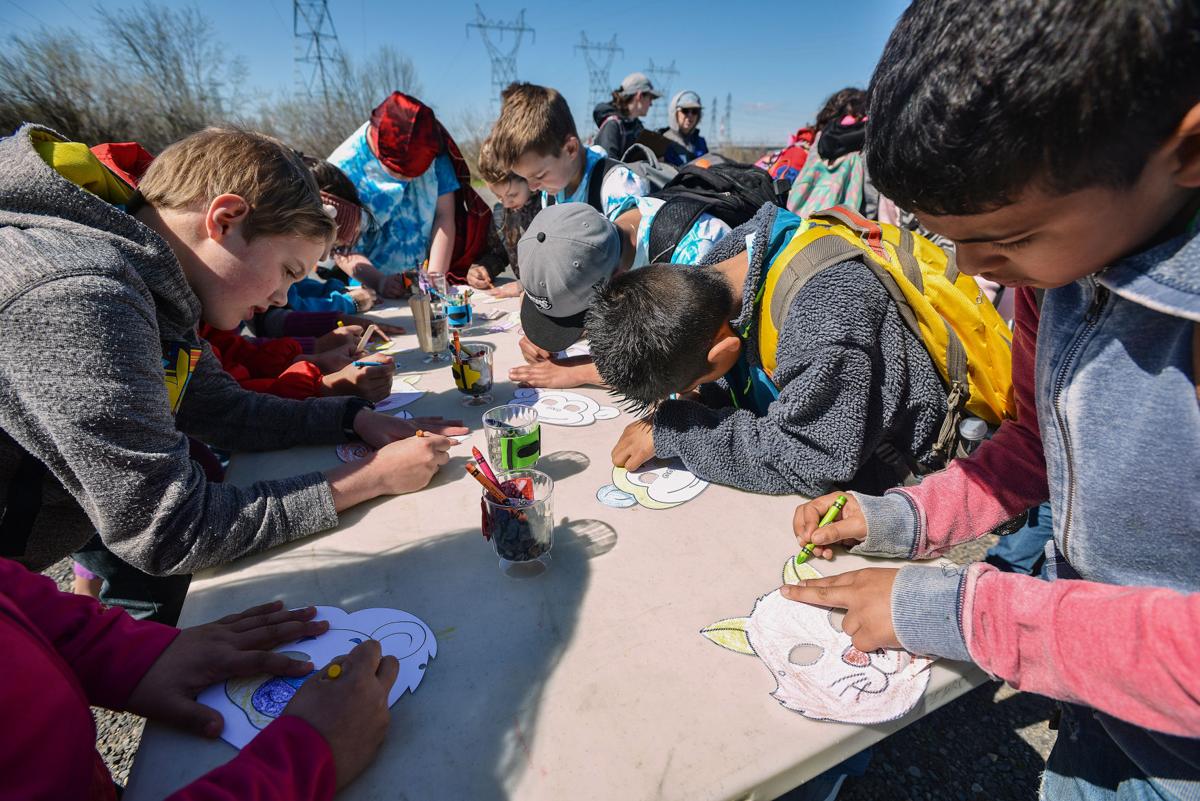 Fourth-graders color animal masks for a game during an Earth Day field trip to the McNary Heights Wildlife Area in Umatilla on April 20, 2017. 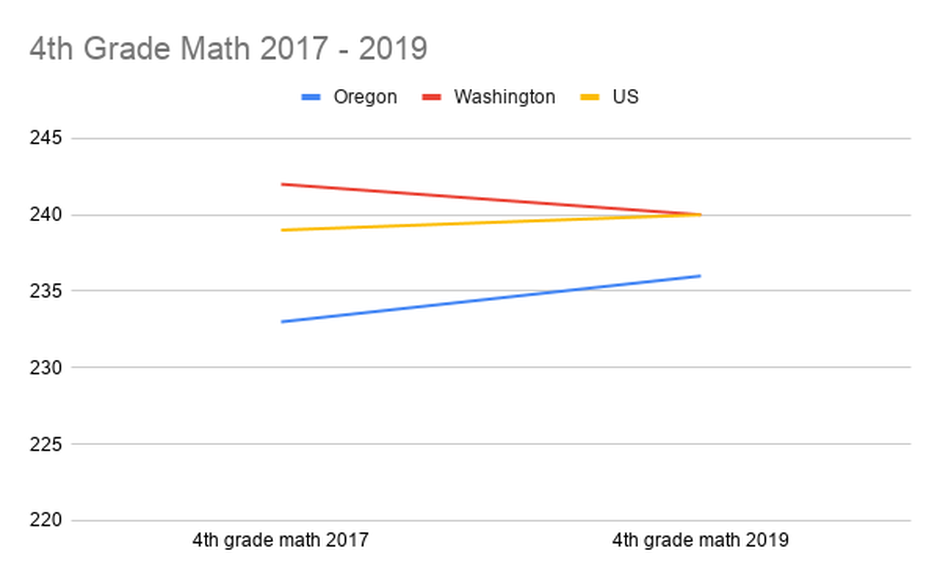 Fourth-grade math scores went up on the NAEP test for Oregon, but results remain below the national average. Washington’s scores fell over the last two years. 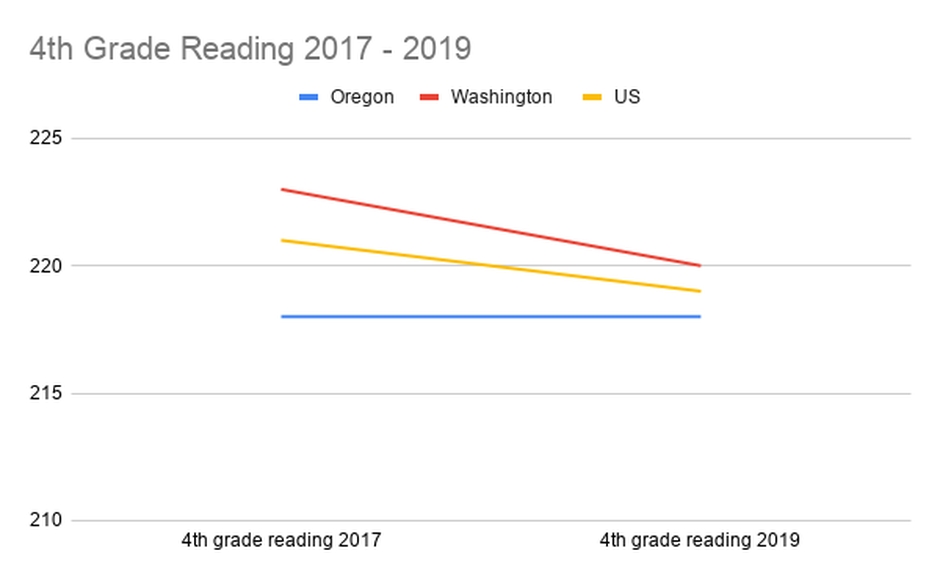 Fourth-grade reading scores for Oregon students remained unchanged, and below the national average over the last two years, while Washington’s scores declined. 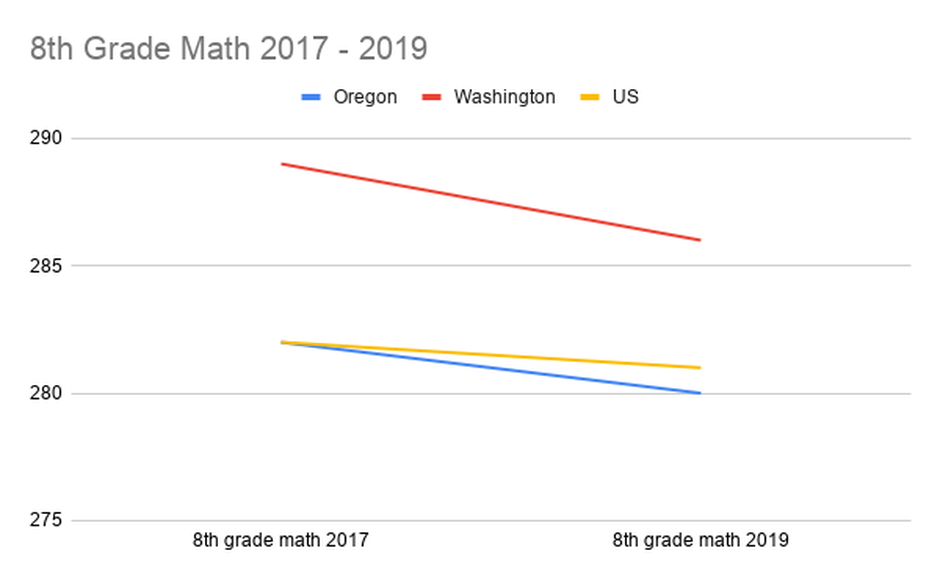 Eighth-grade math scores fell from 2017 to 2019 on the NAEP tests, though Washington’s results remain above the national average. 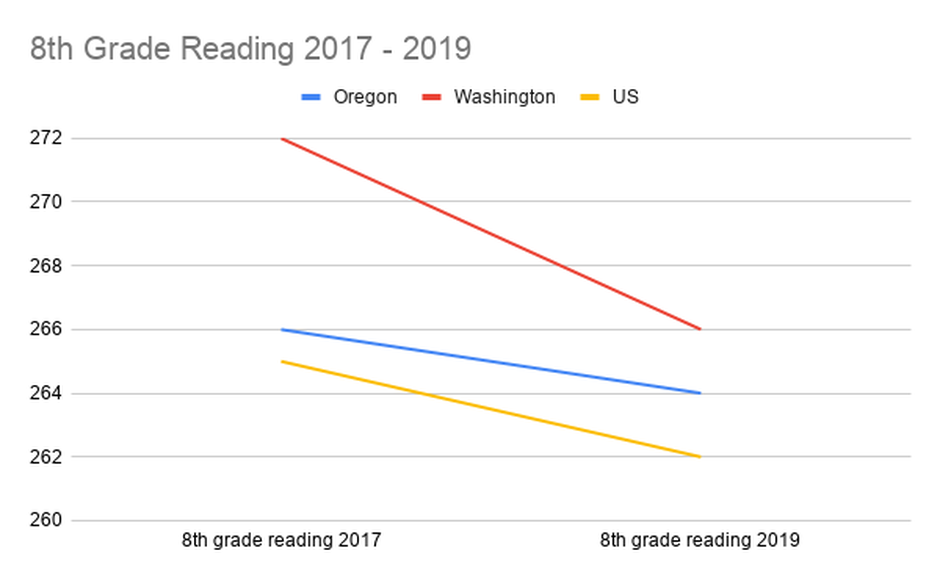 Eighth-grade reading scores fell in Oregon, Washington and nationally, according to the latest NAEP results.

Fourth-graders color animal masks for a game during an Earth Day field trip to the McNary Heights Wildlife Area in Umatilla on April 20, 2017.

Fourth-grade reading scores for Oregon students remained unchanged, and below the national average over the last two years, while Washington’s scores declined.

PORTLAND — Student test scores fell in Oregon and Washington on the assessment known as the “Nation’s Report Card,” a trend that mirrors national declines over the last two years.

The National Assessment of Educational Progress, or NAEP test, is given every two years to a sample of fourth- and eighth-grade students in every state.

Washington has historically performed better than Oregon and the national average on the NAPE tests. That remained the case for this year’s eighth-graders. But fourth-graders slipped to being on par with the country as a whole.

Washington’s top education official, Superintendent of Public Instruction Chris Reykdal acknowledged a downward trend that extended from the Northwest across the country.

“(A)lmost the entire nation saw fourth grade reading scores dip this year,” Reykdal said. “While it’s comforting to know we aren’t the only ones facing this, it’s tough to draw conclusions about what’s causing that trend.”

Both Reykdal and his counterpart in Oregon, Colt Gill, said the NAEP results underscore problems schools have meeting the needs of children in poverty. Gill said the scores also demonstrate the need for the Student Success Act — a $1 billion spending effort funded by a tax on commercial activity in Oregon.

“The results reinforce the need for the Student Success Act,” Gill said. “The act is rooted in equity, authentic community engagement and shared accountability for student success. Focusing on those priorities will help us meet the needs of Oregon’s underserved students.”

The NAEP test is one of the few assessments that is taken by students in every state, allowing an apples-to-apples national comparison. But in recent years, its relevance has diminished somewhat, as more states have moved away from unique state assessments, and toward shared exams, such as the Smarter Balanced Assessment Consortium, which is used in Oregon, Washington and several other states.