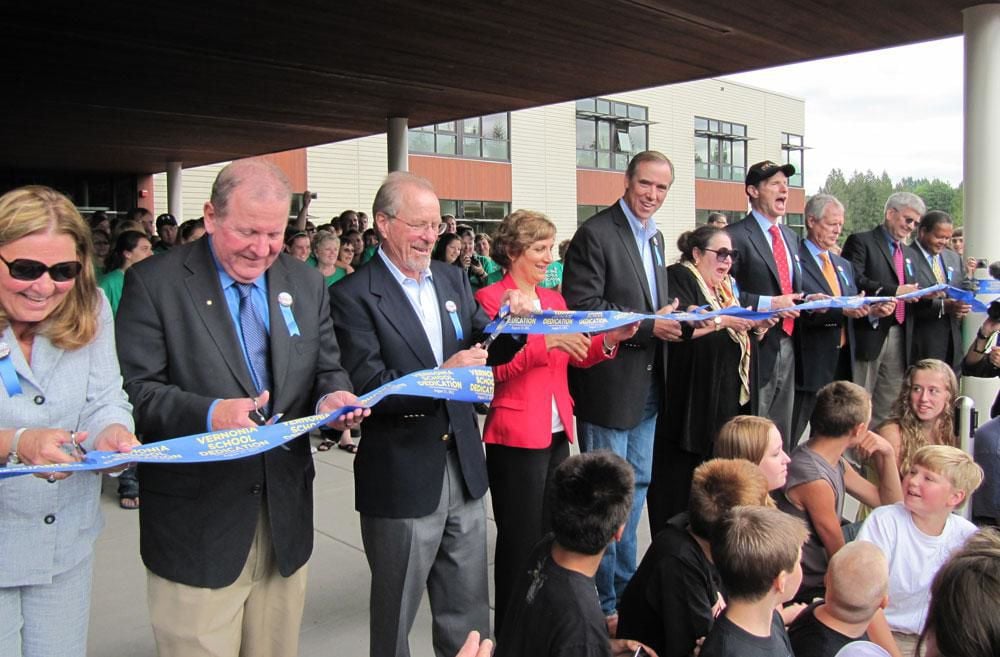 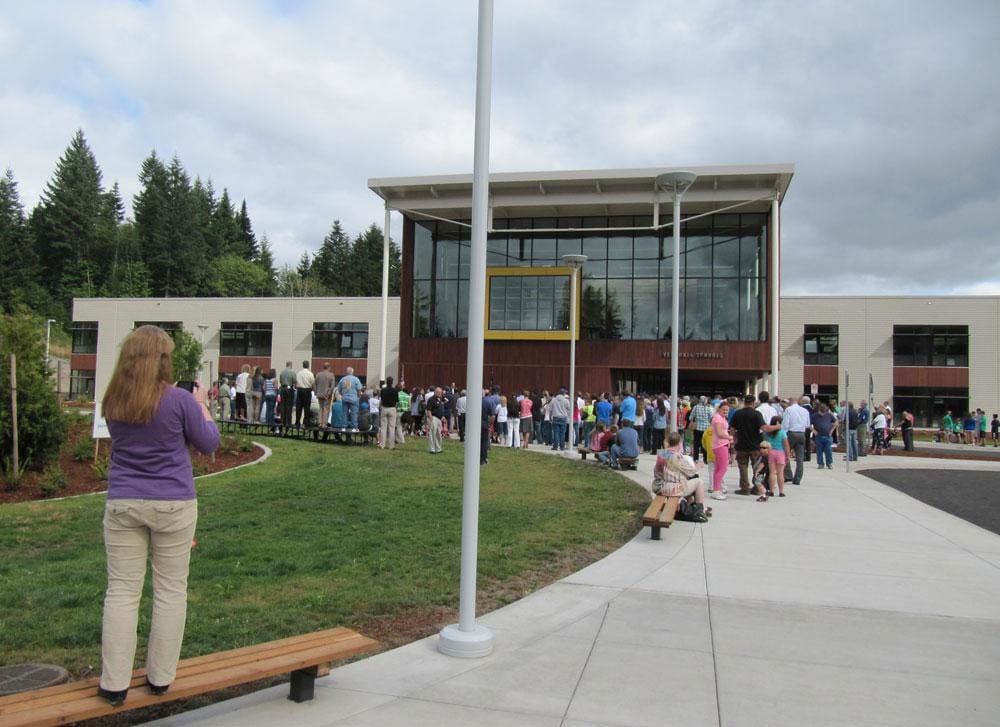 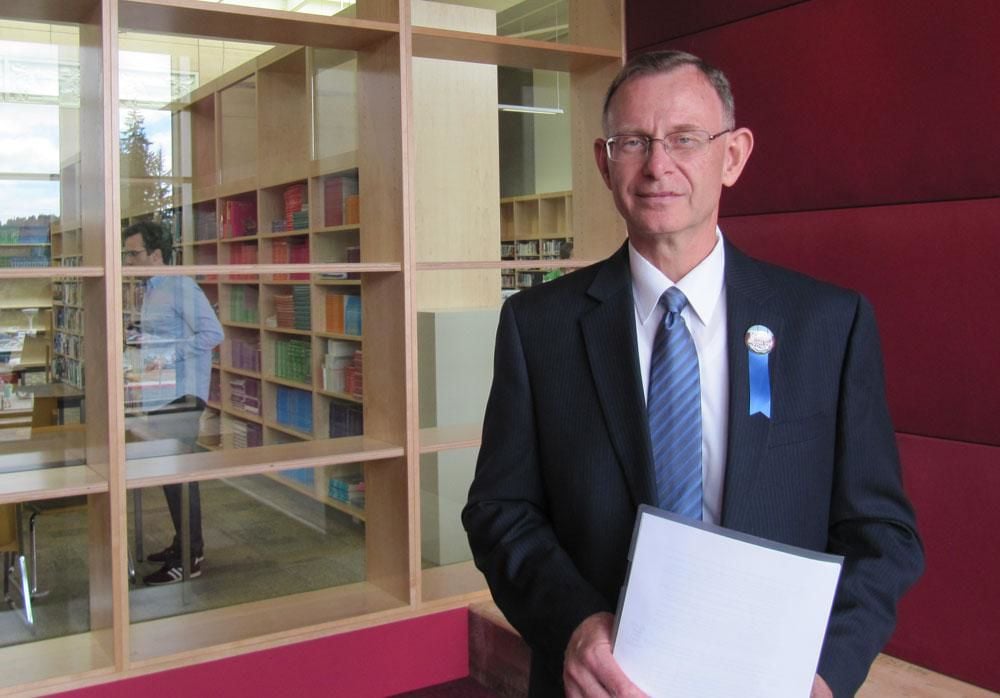 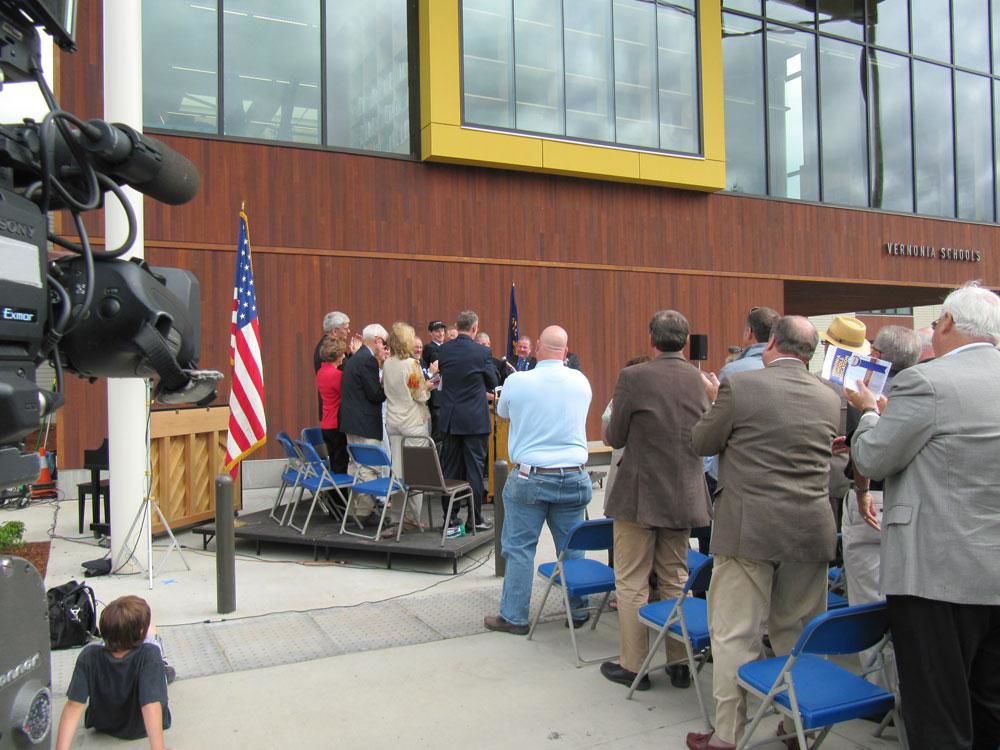 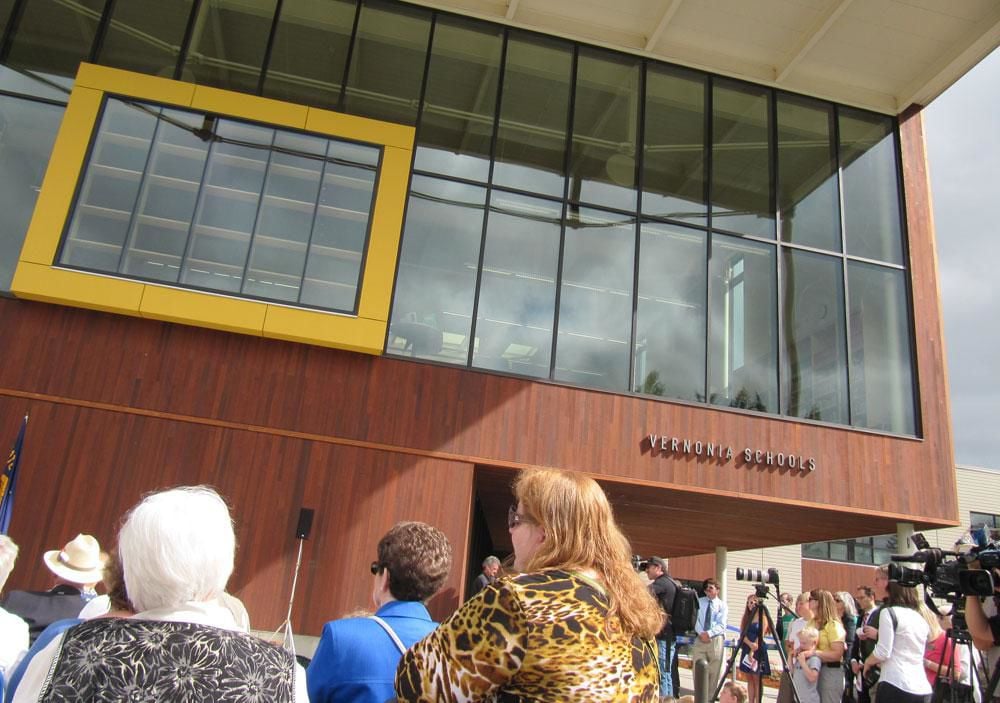 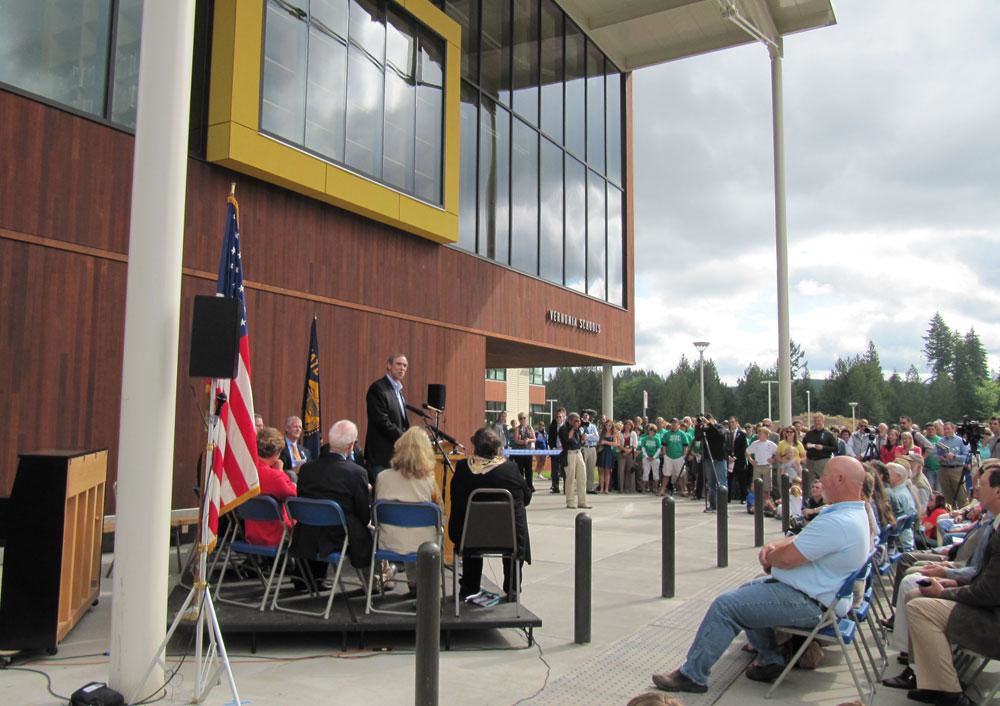 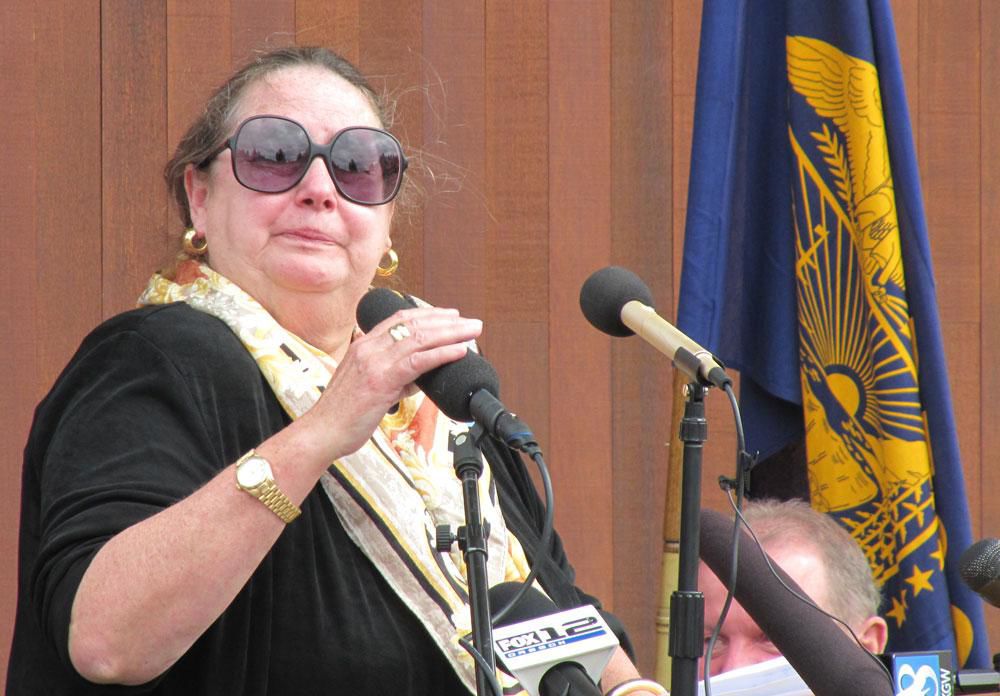 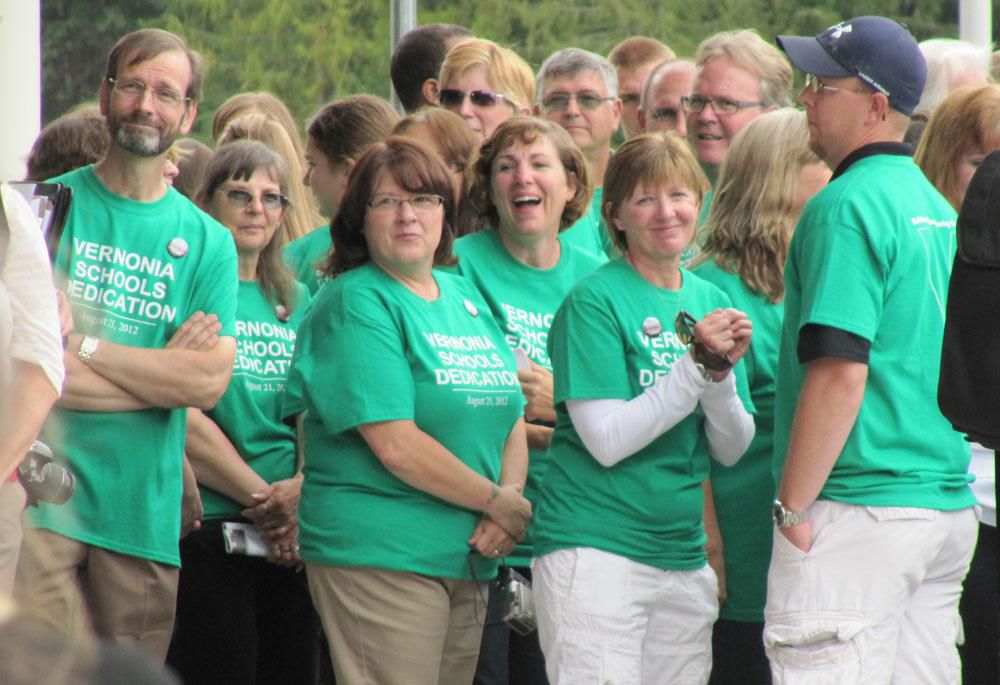 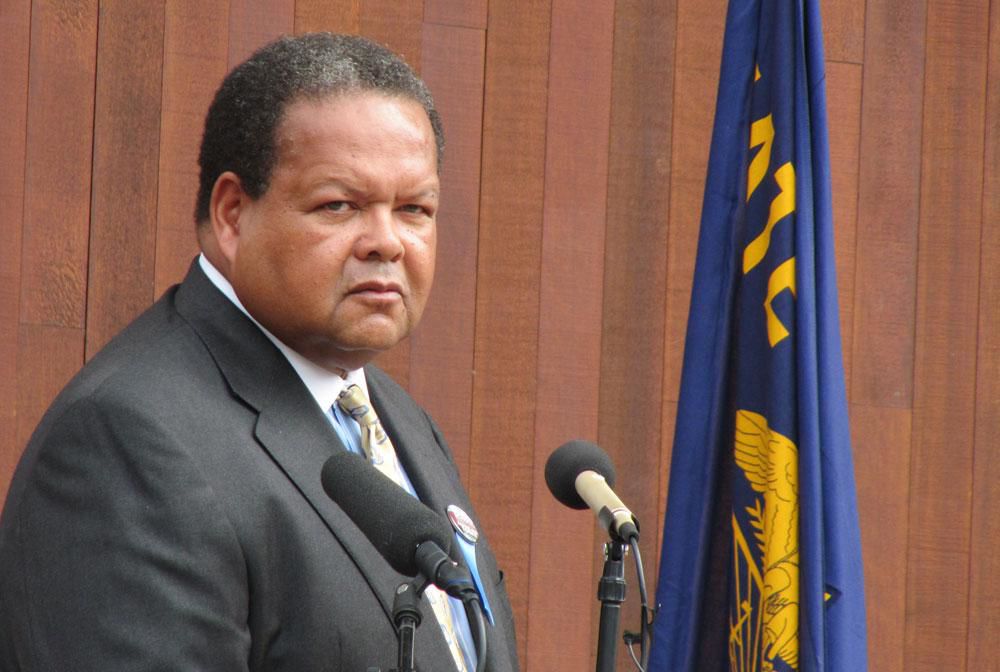 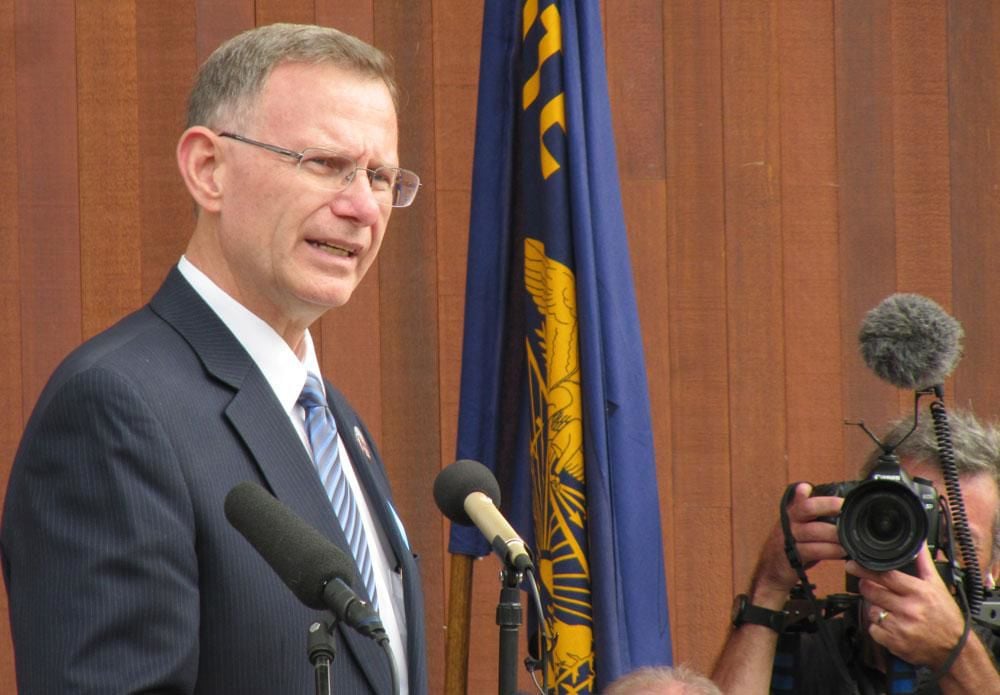 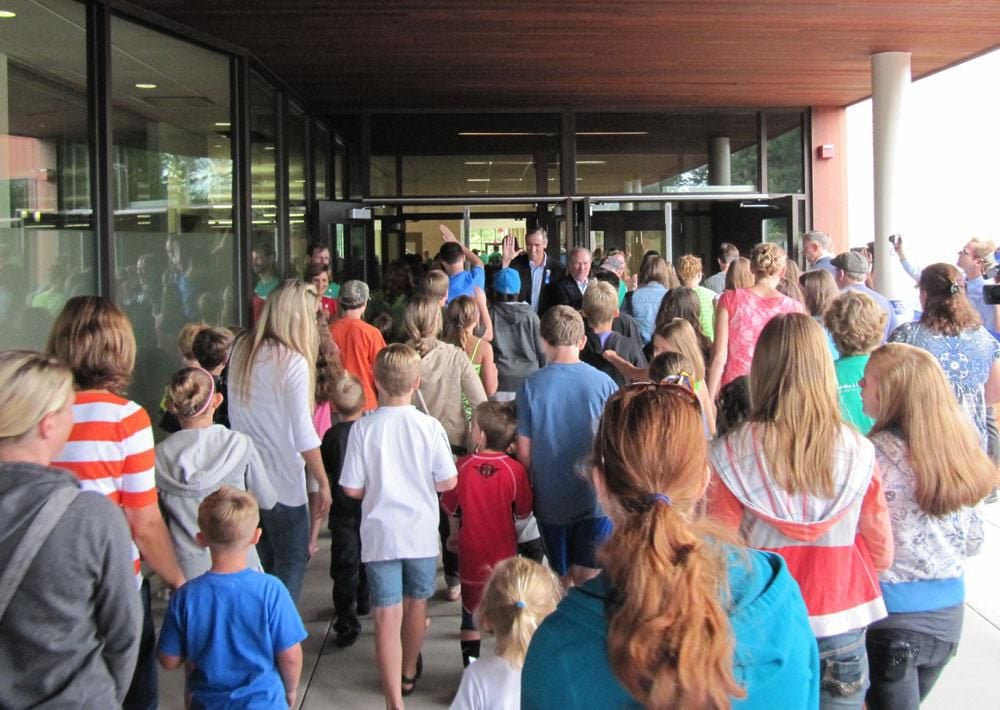 Tuesday a gala line-up of elected officials attended the opening of Vernonia's new school and community center. The town suffered devastating floods in 1996 and 2007. Residents waged a very personal campaign to show their small town - and its school - were worth saving.

The people raising money for the new school building say it's a test of how Oregon responds to disaster. Penny Hill and Jo Moccardine both survived the floods.

"We were pretty much cut off, the roads were washed out," Hill said.

"We tried to get ahold of our neighbors and let everybody stay overnight. We'd be like a relay system on how high the water was coming up," Moccardine said.

Some buildings - including schools - were swamped in five feet of water.

"I found it to be frustrating because I couldn't help everybody," Hill said.

But Hill and others got their chance to help in 2009, when city voters passed a $13 million bond to anchor the $40 million needed to build a new school. While the past few decades have not been kind to Vernonia, historically reliant on the timber industry, voters agreed to the tax by a 3-2 margin.

For their money, they're getting 135,000 square feet of environmentally-efficient schoolhouse, certified LEED-Platinum. And it's more than that.

Superintendent Ken Cox likes to point out, should disaster hit Vernonia again, there would be enough room in this building for the entire town to take shelter. But the focus he says, has been on education.

Cox held up his hands after the ribbon cutting, a lone figure improbably holding hundreds of very excited children and their parents at bay. When he finally gave the high sign, they exploded toward the door.

"It's a beautiful modern structure, built to last into the 22nd century. But they haven't seen anything yet until they get inside. As we enter the front door, we're met with a grand staircase that goes to the second floor. To our right, we have three cedar trees cut so they'll sit against the wall."

Forty-two skylights let sunlight flood down to the classrooms and commons. With solar panels on the roof, a wood-pellet boiler system, and radiant heat in the floors, officials say it's one of the greenest schools in the country. Outside, a living lab has been planted to accommodate a curriculum focused on natural resources.

The school is unusual in other ways, too. It will house kids from kindergarten through 12th grade.

Dwayne Cowles is a contractor who worked on the building. His youngest daughter will start kindergarten here in the fall. While some parents initially had concerns about schooling such a wide age range of kids together, Cowles says the school was well-planned with wings that will keep blocks of kids in age-appropriate groups.

"We've got nearly 700 kids who'll be going here. The wing design was so we could separate, and actually have it built like we had four separate schools, all in one," Cowles said.

While some in the legislature questioned whether a community washed out twice in ten years should rebuild, Cowles says there was never any doubt in his mind Vernonia needed this school, and he was glad to work on it.

"To be able to do it as a member of the community was very special."

The new building is sited above the town's flood plain.

During the opening ceremony, people lined up for tours. Some came a long way to see this day.

Many smiled and clapped Superintendent Cox on the shoulder.

But the losses of 2007 weren't far from their thoughts. Jo Moccardine says she wishes the old high school could be saved.

"That's a landmark, and I wish they would have left that for kids that don't have anything to do, open it up for basketball or something to get kids off the street," Moccardine said.

While the tentative plan is to demolish the old high school, Superintendent Cox says the district is looking into whether it can be preserved, and used as a school annex.