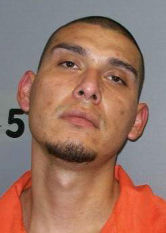 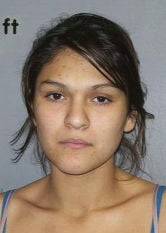 LA?GRANDE  Two people from Toppenish, Wash., are in jail on multiple charges after trying to lose police Thursday night in La Grande. And a 5-year-old boy who was with them is in the care of a relative.

According to an Oregon State Police news release, Thursday at approximately 6:40 p.m. an OSP trooper stopped a Ford Taurus displaying Washington license plates westbound on Interstate 5 near Milepost 266 for traveling 81 mph in a 65 mph speed zone. The trooper approached the passenger side of the car and was initiating contact with driver when it sped off westbound.

The car exited one mile later off Interstate 84 onto Highway 203 into La Grande, driving recklessly as Union County Sheriff's Office and La Grande police moved into position to assist with stopping the car. A few minutes later, officers lost sight of the vehicle.

About an hour later, the trooper spotted the Ford Taurus in La Grande and attempted to stop it. The driver again tried to get away until he turned into an apartment complex parking lot where he ran, leaving behind Rachel Angelina Pedroza, 19, from Toppenish, Wash., and the boy.

State, county and city police searched the area for about 10 minutes when an assisting trooper found the driver hiding under a deck of one of the apartments. OSP then arrested the driver, Daniel Isidro Vazquez, 26, from Toppenish, Wash., without further incident.

Police detained Pedroza and later arrested her after finding she had small amounts of suspected heroin and methamphetamine.

After police identified Vazquez, officers learned the Washington State Department of Corrections wanted him for escape. Police booked Vasquez into the Union County Jail in La Grande on the following charges:

felony attempt to elude in a vehicle;

misdemeanor attempt to elude on foot;

driving under the influence of intoxicants (drugs);

felon in possession of a weapon;

OSP booked Pedroza in the jail for the following:

interfering with a police officer.

Police handed the boy to the Department of Human Services, which made arrangements to release the child to a family relative.

Romney: If inciting insurrection isn't impeachable, what is?