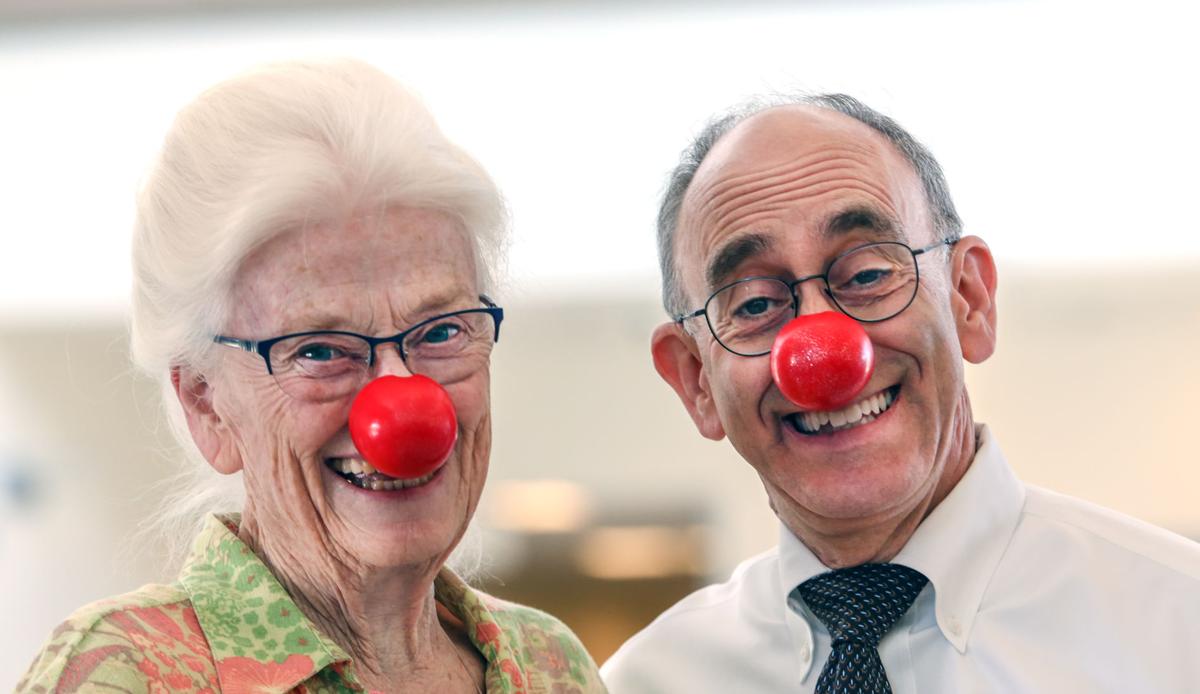 Sister Monica Borden and St. Anthony Hospital CEO Harry Geller sport red noses last year for Red Nose Day, which seeks to end childhood poverty. The nun, who died Wednesday, was a fixture at the hospital, visiting patients and uplifting staff. She served on the hospital’s board of directors and the foundation board. 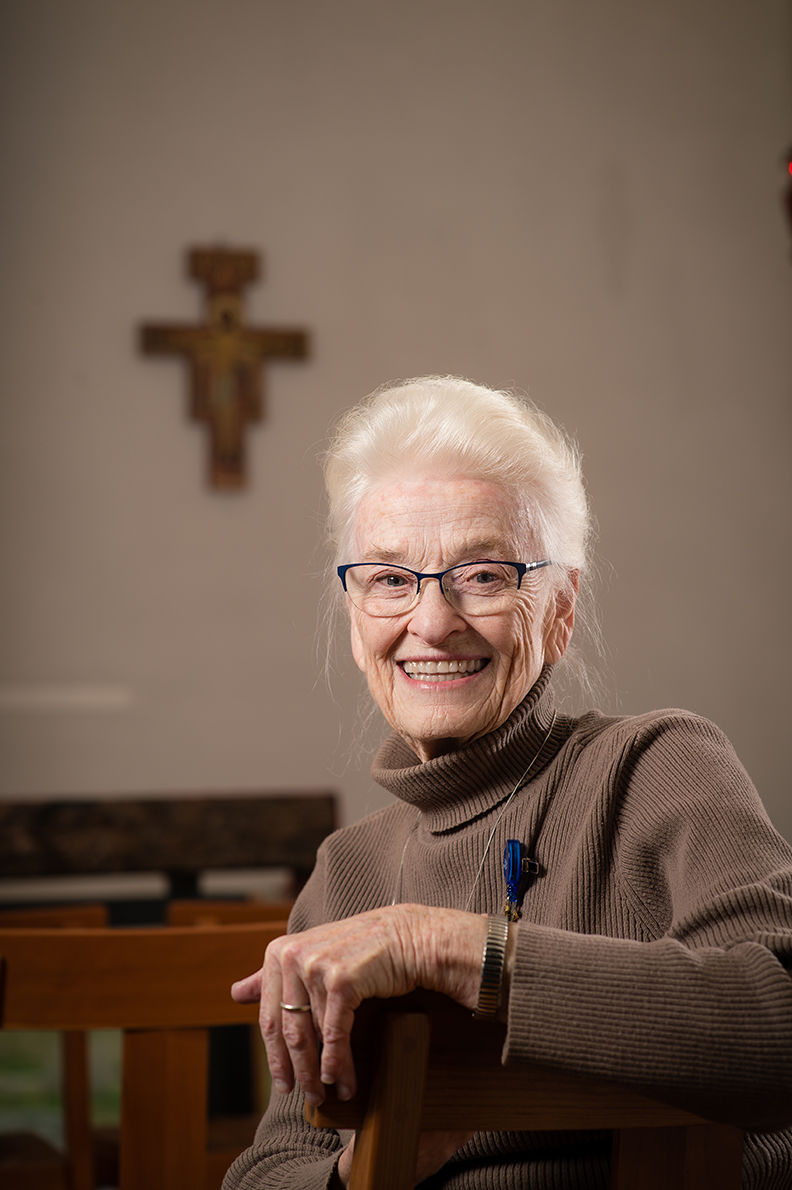 Sister Monica Borden was a fixture at St. Anthony Hospital, where she provided spiritual guidance for patients and staff.

Sister Monica Borden and St. Anthony Hospital CEO Harry Geller sport red noses last year for Red Nose Day, which seeks to end childhood poverty. The nun, who died Wednesday, was a fixture at the hospital, visiting patients and uplifting staff. She served on the hospital’s board of directors and the foundation board.

Sister Monica Borden was a fixture at St. Anthony Hospital, where she provided spiritual guidance for patients and staff.

On the medical/surgical floor at St. Anthony Hospital, a man was in the final stage of dying.

“He didn’t have any family members,” Smith recalled. “We were really sad, but it was just way too busy for us to sit with him.” So, they called Sister Marie Monica Borden — or Sister Monica — who worked in pastoral services at the Catholic hospital. The Franciscan nun entered the room. As if the man was the luckiest guy on earth, she said, “Oh, you’re just about ready to go home, aren’t you?”

“She sat there and held his hand through the whole process,” Smith said.

Last Wednesday, it was Sister Monica’s time to go home after 84 years on Earth. Many at the hospital were taken by surprise. Except for recent eye surgery, the nun hadn’t skipped a beat. She had arrived at 8 a.m. that morning, checked email, visited patients and readied the chapel for daily mass. She left for home with her typical joie de vivre.

St. Anthony CEO Harry Geller chatted with her for about half an hour that morning and didn’t detect anything amiss. With her passing, he said, there is an angel-sized hole at the hospital.

“She was basically the moral compass of the whole place,” Geller said. “She was so attentive and compassionate. She exhibited radiance and kindness toward all.”

St. Anthony Hospital Chaplain Rick Oliver will miss the way Borden addressed everyone as “love” and set the tone of life at the hospital. The nun had not only humanity, but brains, he said. She served on the board of trustees and foundation board for the hospital (which is owned by Catholic Health Initiatives). She earned two master’s degrees and had a career in education before coming to St. Anthony in 2006. She served as principal at Oliver’s own high school, Sacred Heart Academy in Klamath Falls, though he graduated before she arrived.

Oliver said Sister Monica also spent time serving in the Caribbean and Puerto Rico. If she had a weakness, it might have been her daily cup of java.

Borden, a member of the Sisters of St. Francis of Philadelphia, served the hospital before moving to Pendleton to replace another sister who retired.

“I commuted to the board meetings from Spokane,” said Sister Monica in a video. “When Sister Columba retired at 92, she asked if I would consider coming to Pendleton, so I did that.”

This was her second move to Pendleton. She attended high school at Pendleton’s St. Joseph’s Academy, which closed in 1974 and met the wrecking ball soon after. The footprint became part of the adjacent St. Anthony Hospital, a 102-year-old institution that was demolished after a new $70 million medical center opened at its present location in late 2013.

Sister Monica transitioned from the old hospital to the new with the rest of the staff. Oliver said the Family Birthing Center was a place she most loved to spend time.

“Every baby she held was ‘the most beautiful baby in the world,’” he said. “She always talked of the glow of new mothers.”

When a baby was stillborn, she helped family members cope with grief. She attended memorial and burial services.

Borden also served as the hospital’s historian. She sifted through “mountains of photographs and articles” and was organizing them, Oliver said.

“She was a larger than life person,” Oliver said. “She had an abiding faith that was absolutely contagious.”

Smith, who is now the hospital’s communications director, will miss hearing Borden’s pet greeting for her of “Hello, beautiful.”

Keilar: Trump is peddling in debunked and illogical crap