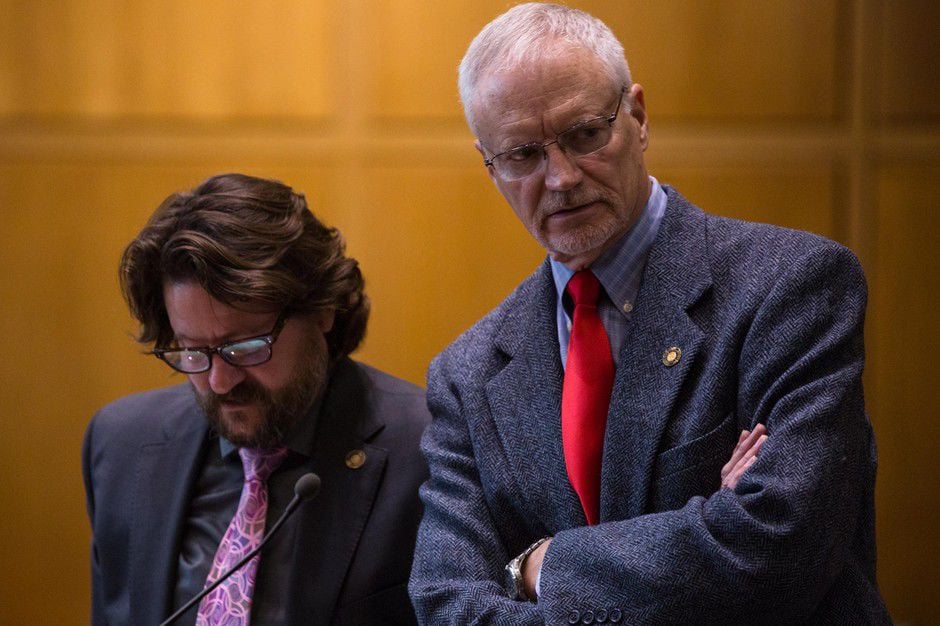 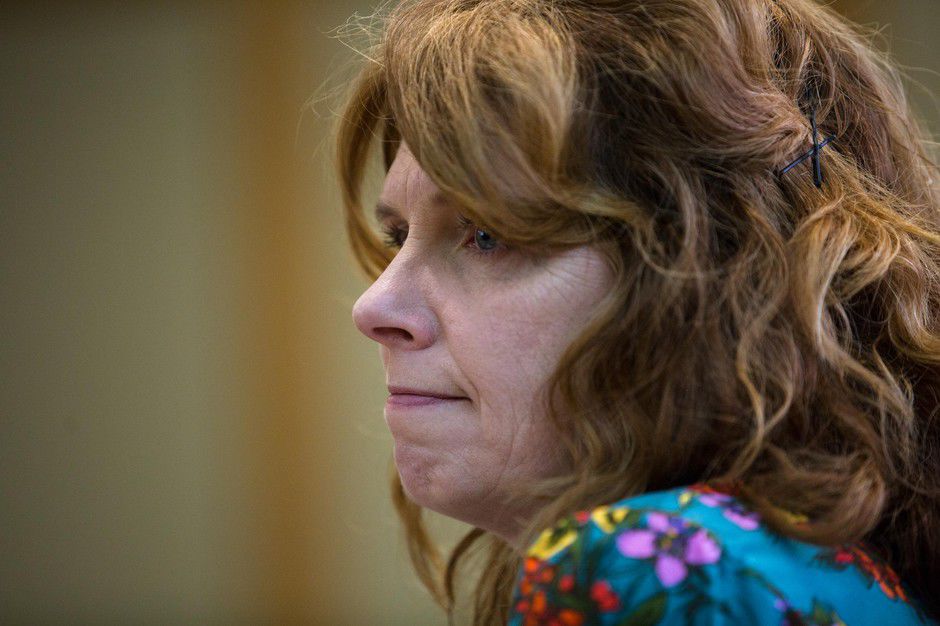 State Rep. Christine Drazan, R-Canby, listens to testimony during an April meeting of the Joint Committee on Ways and Means Subcommittee on Education at the Capitol in Salem. 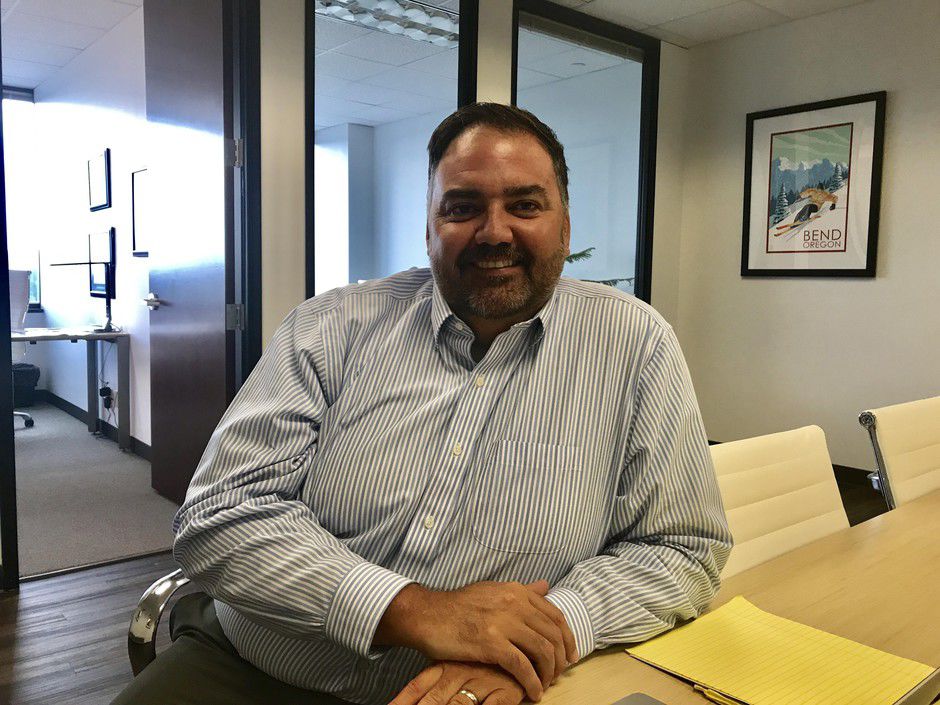 State Rep. Christine Drazan, R-Canby, listens to testimony during an April meeting of the Joint Committee on Ways and Means Subcommittee on Education at the Capitol in Salem.

SALEM — Republicans in Oregon’s House of Representatives are expected to hold an atypical vote next week that could shake up their leadership going into the 2020 elections.

According to three sources familiar with the matter, pressure is coming from several newer Republican lawmakers — including Rep. Christine Drazan, R-Canby, and Rep. Daniel Bonham, R-The Dalles — who are urging new leadership as the caucus looks to gain back seats in the House.

The proposed leadership swap is also said to be driven by Shaun Jillions, a lobbyist and frequent Republican ally in the Capitol. As a representative of Oregon Realtors and wood products companies, Jillions can steer large donations to Republican candidates. He is said to take issue with how Wilson approached a controversial bill to charge polluters for their greenhouse gas emissions this year.

All three sources familiar with the possible coup declined to speak on the record, citing the secrecy of internal caucus discussions and fearing bruised relationships in the Capitol. But the House Republican Office confirmed Tuesday that a leadership election has been proposed.

“We do have a House Republican Caucus meeting scheduled for Monday,” spokeswoman Tayleranne Gillespie said. “There has been some indication that a leadership election might be held at that caucus meeting, but that has not been confirmed at this point.”

There are few hard-and-fast rules for when lawmakers of each party elect a leader for their caucus, but a September election in an odd-numbered year is atypical when there is a sitting minority leader. More usual would be a vote next November, after an election in which every House seat is on the ballot.

Support from a majority of the House’s 22 Republican lawmakers would be required to force an election that could bounce Wilson. It’s unclear whether Drazan has the votes to win such an election.

“Caucus leadership has always been decided by the members of this caucus, not outside interests,” Wilson said in a statement Tuesday. “I believe that I have served this caucus well, and plan to continue serving as House Republican Leader.”

Reached Tuesday, Drazan, Bonham and Jillions were all unwilling to talk much about the situation.

“I am not prepared to have a conversation about this right now,” Drazan told OPB.

Pressed about rumors that she’s hoping to replace Wilson as leader, and that she has support from Jillions, she said: “How the caucus structures itself and how they elect leadership and how we approach our own organizations is entirely up to our caucus members and not the lobby or anything else.”

Drazan, a freshman lawmaker who has worked as a senior staffer for House Republican leadership and helped direct campaigns for the party, also complimented Wilson.

“He has worked very hard under very tough circumstances,” she said. “And he has the full respect of our caucus, and that includes me.”

Bonham, who was appointed to the House in 2017 and won election to his seat last year, also said he would “take a pass” on questions about the proposed leadership vote. But he made clear that he’s focused on beating back Democrats’ supermajority next year. By holding more than three-fifths of the chamber’s 60 seats, Democrats are able to pass revenue-raising bills without winning Republican support.

“Being in the superminority sucks, and the big push to try to reintroduce some balance to Oregon is all that our caucus wants,” Bonham said.

For his part, Jillions called talk that he is pushing for Wilson’s ouster a “distraction.”

As a lobbyist for lumber companies that would have been impacted by that law, Jillions and his group Oregon Manufacturers and Commerce were leading voices against the bill, and helped to secure its eventual defeat in the legislative session’s final days.

Part of that defeat came as a result of Republicans in the Senate fleeing the state — HB 2020 had already passed the House. Jillions acknowledged Tuesday he believed House Republicans could have reacted more strongly to the bill.

“I certainly expressed my view that it would have been nice for them to support the Senate when the Senate left at the end, but not necessarily that they should have walked,” Jillions said.

Jillions has also reportedly discouraged other lobbyists from attending fundraising events for House Republican leadership. He declined to comment on that directly.

“Anyone who represents clients who contribute to campaigns wants to make sure their clients’ funds are invested wisely,” he said, adding it’s “too early to tell” whether his clients want to contribute to the main political action committee that funds Republican House campaigns.

Pressed once more on whether he was working against Wilson, Jillions said, “Honestly, I think it’s a distraction that makes it seem that it’s more about a corporate lobbyist making this determination rather than members of the caucus.”

Jillions noted, however, that he’d heard the “same rumors” about his interest in House leadership. Asked whether those rumors were false, Jillions responded, “I think it’s just a distraction.”

If a leadership election does take place next week, the members who take the vote will be slightly different from those who elected Wilson in late 2018.

In August, Rep. Vikki Breese-Iverson, R-Prineville, was appointed to replace McLane, who accepted an appointment as a circuit court judge. A real estate agent, Breese-Iverson has since received $20,000 from a political committee affiliated with Oregon Realtors, Jillions’ clients.

In July, Rep. Raquel Moore-Green, R-Salem, was appointed to a House seat vacated by former Rep. Denyc Boles, who is now a state senator.