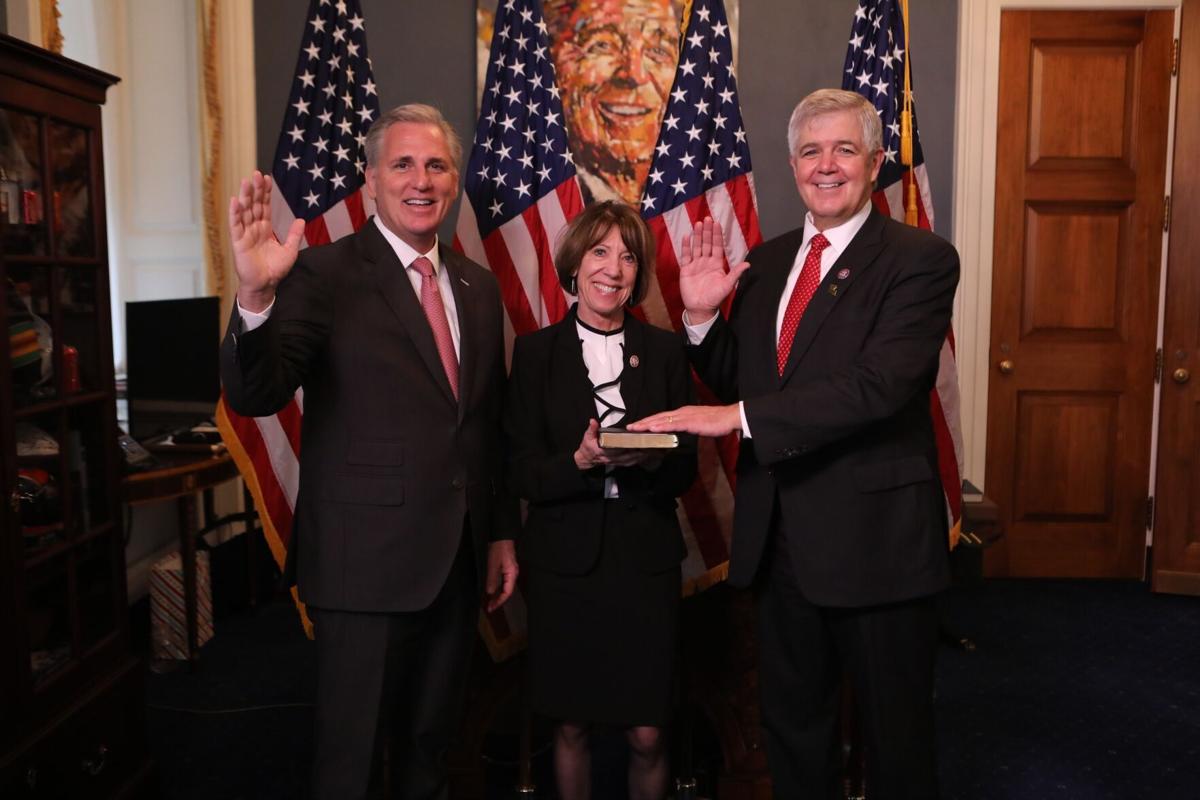 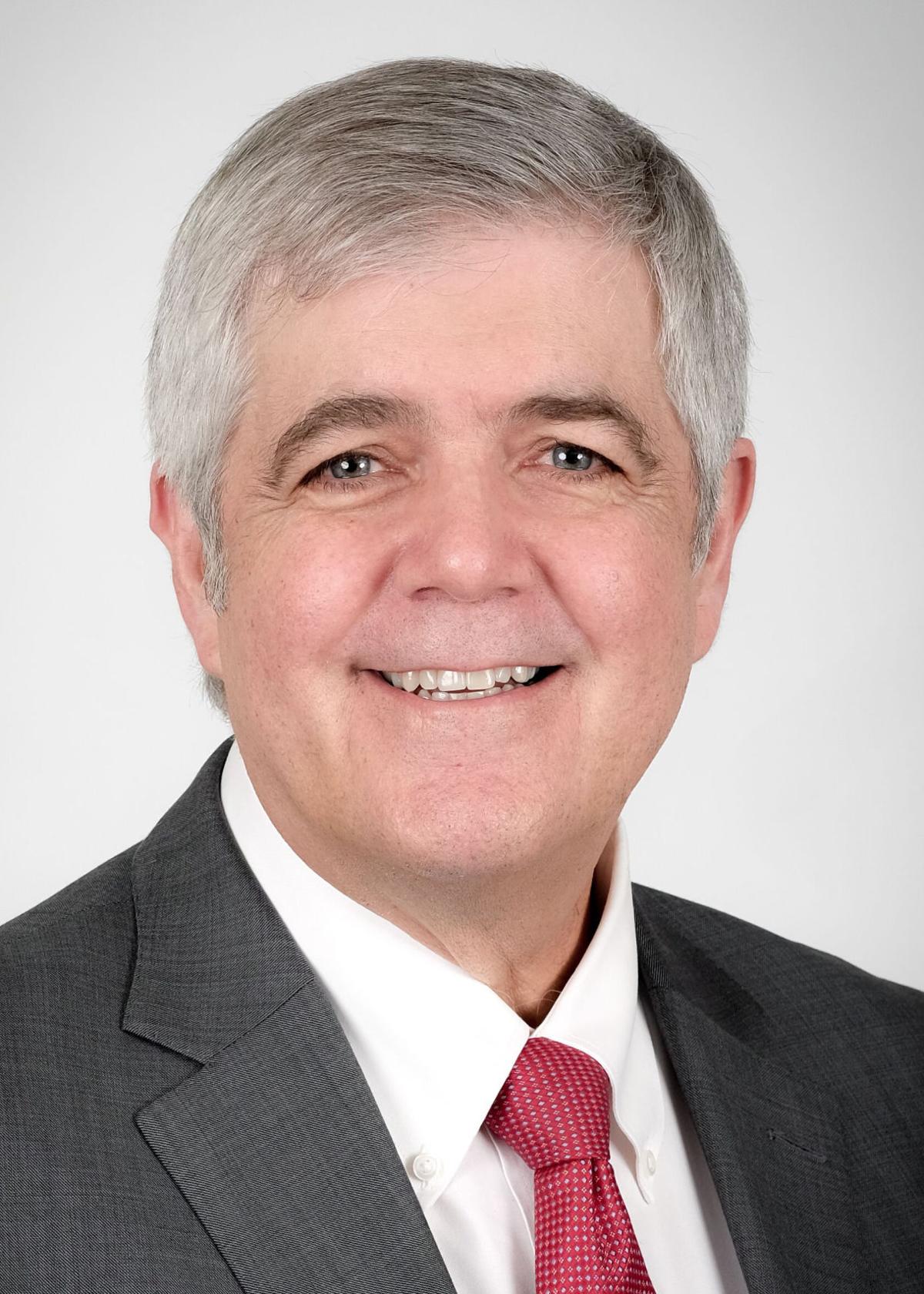 SALEM — U.S. Rep. Cliff Bentz of Ontario has called for an investigation of the 2020 presidential election, a move that would delay and possibly derail the certification of Democrat Joe Biden’s victory over President Donald Trump in November’s election.

Bentz has declined repeated requests since last week to say whether he would join an effort by more than 100 Republican House members to vote against accepting the Electoral College results when Congress makes a usually perfunctory review of the process on Wednesday, Jan. 6.

“I have joined many of my colleagues in asking for a congressional investigation and review into what has happened in states where election irregularities have been observed,” Bentz said in a statement Dec. 15.

Bentz’s accusation of voting irregularities worthy of a congressional investigations is an about-face from the stance of his predecessor, Rep. Greg. Walden, R-Hood River. Walden, who represented the district covering Eastern and Central Oregon for 20 years, stepped down on Saturday, Jan. 2. Bentz was sworn in on Sunday, Jan. 3.

In a Dec. 1 radio interview with the National Journal, Walden said the election had been fair and “the die is cast” for Trump’s departure. At the time he was one of only 27 Republicans in the House and Senate who would say Biden had defeated Trump.

Biden defeated Trump by more than 7 million votes and the Electoral College confirmed his victory on Dec. 14 by a 306-232 margin.

Trump or his surrogates have filed more than 50 lawsuits, with only one procedural request winning. The other cases on his allegations and seeking to stop vote counting or certification of votes have been rejected. The U.S. Supreme Court declined without comment to consider lawsuits by Trump supporters.

Trump has kept up the pressure, switching to a long-shot gamble to get Congress to reject the Electoral College votes sent by the states.

The Electoral College results are sent to Congress, where they are read aloud. Normally, Congress rapidly certifies the vote in a largely ceremonial process.

However, if a member of the House and a member of the Senate object to any slate of electors, both chambers must hold separate two-hour debates before voting whether to accept or reject the Electoral College numbers.

House members — including Democrats — have made single objections in the past, but no senator has joined the effort.

However, more than 100 of the House’s 221 Republicans have said they will oppose the vote.

“Multiple states have engaged in litigation and thousands of witnesses have submitted sworn affidavits of reported fraud in the 2020 Presidential election,” a letter signed by Bentz and other freshmen says.

Senate Majority Leader Mitch McConnell, R-Kentucky, had lobbied his caucus not to join the objection. But Sen. Josh Hawley, R-Missouri, announced he would object and an additional dozen senators, led by Sen. Ted Cruz, R-Texas, say they will also object.

While the moves to block certification are expected to delay the result by a few hours on Wednesday, Jan. 6, the House Democratic majority of 222 members will be joined by several Republicans who oppose the effort as undemocratic.

“I could never have imagined seeing these things in the greatest democracy in the world,” he said. “Has ambition so eclipsed principle?”

Former House Speaker Paul Ryan, R-Wisconsin, told his former colleagues in the House that challenging the Electoral College results was “striking at the foundation of the republic.”

Ryan said he could not think of “a more anti-democratic and anti-conservative act than a federal intervention to overturn the results of state-certified elections and disenfranchise millions of Americans.”

Trump tweeted that those members of Congress who were not supporting him were cowards.

“The ‘Surrender Caucus’ within the Republican Party will go down in infamy as weak and ineffective ‘guardians’ of our Nation, who were willing to accept the certification of fraudulent presidential numbers!,” Trump tweeted on Monday, Jan. 4.

The heat of the argument intensified on Jan. 3 when a recording of an hourlong telephone call by Trump in the White House to Georgia Secretary of State Brad Raffensperger, a Republican, was made public.

In the call, the president told Raffensperger, the state elections official who had already certified the results, to go back into the votes again to overturn Biden’s 11,779-vote win.

Raffensperger said repeated recounts had not changed the outcome and that he would not change the result.

“Well, Mr. President, the challenge that you have is, the data you have is wrong,” Raffensperger said.

Bentz is the only Republican among Oregon’s five House members and two senators. One of his colleagues, Rep. Earl Blumenauer, said Trump’s call to the Georgia officials should be prosecuted.

“In 17 days, Trump has NO claim to immunity and should be investigated,” Blumenauer said. “If a crime was committed, he should be arrested and prosecuted.”

Walden, the outgoing representative of Oregon’s 2nd Congressional District, could not be reached to comment on Bentz’s position or whether if Walden was still in Congress he would support the results over objections of Republican activists.

Soon after the election, Republican political leaders were refusing to buck Trump’s claims of having the election stolen from him. McConnell declined to support Trump’s conspiracy theories on voting but publicly refused to call Biden “president-elect.”

On Dec. 1, The Washington Post newspaper asked all 249 Republicans in the U.S. Senate and U.S. House, “Who won the election?”

Walden was among the 70% of those polled who did not respond directly to the newspaper’s query. But the Post reviewed recent public statements and put Walden on the list of 27 accepting Biden as the next president based on a Dec. 1 interview for a National Journal podcast.

“I think in the end we’ll have a transition here, and you’ll have a new president come Jan. 20,” Walden said. “I don’t see the math where this gets overturned and so far I’ve not seen the evidence of the amount of fraud it would take, or mistakes — and those occur in every election — to overturn the results in any state.”