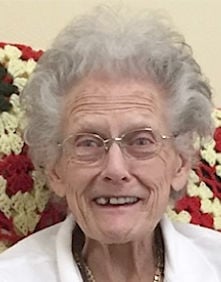 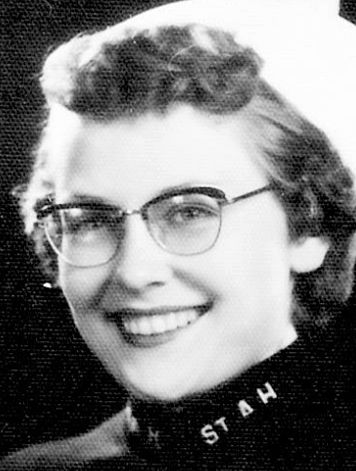 Louene graduated from La Grande High School in 1952 and pursued her love of nursing, graduating as a registered nurse in 1957. Upon graduating she met Richard Landry, a pilot in the United States Air Force, and they were married. They spent time overseas in Guam and Panama before moving back to La Grande in the early 1970s.

Richard (Dick) Landry was offered a job with Pendleton Grain Growers in Hermiston and Louene went to work for Good Shepherd Hospital where she worked until she retired in 2003.

She had a love for horses and the outdoors.

Louene is survived by her niece and nephews Lauri and Dwayne Huxoll of Hermiston, Ore., Louis Haynes and Mila Pallares of Vernal, Utah, and Mike and Laura Mallory of La Grande, Ore., and numerous great-nieces and -nephews.

She was preceded in death by her husband Richard (Dick) Landry, parents Louis and Georgia Haynes, brother and sister-in-law Joe and Verna Haynes and her niece Terry (Mallory) Decker.

A private family burial will be in the Hermiston Cemetery, Hermiston, Oregon.

Those who wish may make contributions in Louene’s memory to Vange John Memorial Hospice at 645 W. Orchard Ave., Suite 300, Hermiston, OR 97838.

Please share memories of Louene with her family at www.burnsmortuaryhermiston.com.

Burns Mortuary of Hermiston, Oregon is in care of arrangements.