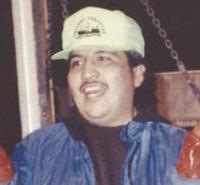 To plant a tree in memory of Obit: Luke as a living tribute, please visit Tribute Store. 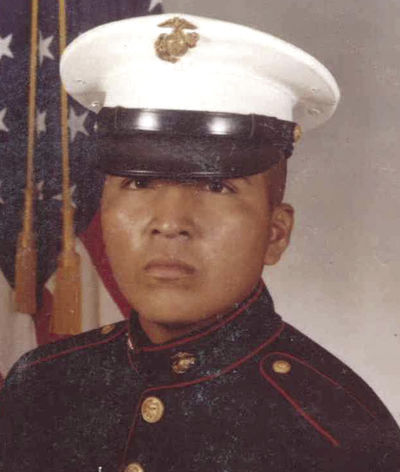 To plant a tree in memory of Obit: Luke as a living tribute, please visit Tribute Store.
+1
+1

Patrick Louis Luke, “Yetatamanisht,” passed away at his home in White Swan, Washington, on Monday, June 22, 2020. He was born on December 7, 1962, in Pendleton, Oregon, to Faydeena (Thompson) and Marcus Luke. He was raised in Portland, Oregon, the Columbia River, Thornhollow and Mission areas. He was an enrolled member of the Yakama Nation as well as the Cayuse, Walla Walla and Umatilla Tribes.

He graduated from Weston-McEwen High School in Athena, Oregon, and joined the United States Marine Corps. After boot camp at Camp Pendleton (San Diego, California) he was stationed at Whidbey Island, Washington. He was honorably discharged and lived a life well lived. He graduated from Blue Mountain Community College and was a Ford Family Scholar at Oregon State University. He graduated from OSU with a degree in Fisheries/Wildlife. He was working toward a Master’s Degree from Evergreen State College while living in White Swan.

He was many things to many people. He was most proud of his heritage and keeping traditions alive. His biggest passion and where he felt most at home was the Columbia River. Since a small boy, he was brought up in the fishing way of life. For generations, fishing season was a family affair on the big river. Patrick knew the river like the back of his hand from Cascade Locks to McNary. He was a gill net and dip net fisherman and harvested lamprey at Willamette Falls since a young teen. He was a resource for the tribes and a consultant on many projects including national and local TV programs. He was instrumental in the Pacific Lamprey recovery project for the Yakama Tribe.

Patrick also spent many years fishing in Alaska at Dutch Harbor and surrounding Aleutian Islands and along Ketchikan coasts. He fished for salmon in the style of Deadliest Catch. It was dangerous and exciting job for a young Patrick. His time in the Marine Corps reinforced his incredible work ethic that carried through to all aspects of his life. He was known as a hard-ass and could take on anything or anyone. He always made time to teach and share his knowledge with those who sought him out.

Patrick had many jobs and lived in many places throughout his life: Pendleton, Oregon; Seattle, Washington; Goldendale, Washington; Fort Duchesne, Utah; to name a few. He was a gregarious and outgoing person. He had many friends and enjoyed catching up with all his relatives. He would do anything to help his friends/family in need. He enjoyed traveling to powwows and dancing in the arena, wearing regalia he created and regalia handed down.

He was a member of several longhouses: Umatilla, Satus, Celilo, White Swan. He drummed and was always learning new songs and strove to carry on our ways. He encouraged everyone to be better, work hard and learn new things.

Patrick is to be buried at Dallesport, near the heart of the Columbia River, to rest alongside his extended family and other big river fisherman, in the place he loved. He is missed dearly. He is gone too soon. Due to the COVID-19 pandemic the funeral service is shortened and limited to immediate family. The family plans to host a dinner as soon as gatherings are allowed. Semper Fi!

To plant a tree in memory of Obit: Luke as a living tribute, please visit Tribute Store.
+1
Plant a tree
+1

I am so sorry to hear the news of the passing of Patrick Luke. we spent a lot of together walking the halls of Congress in defense of the 1855 Treaty and particularly the fishing rights retained by the Yakama Nation in that Treaty. He was a great advocate who became a good friend. I will miss him in many ways.