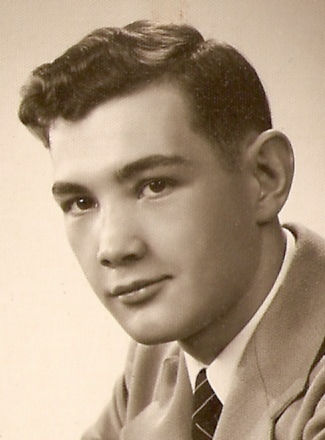 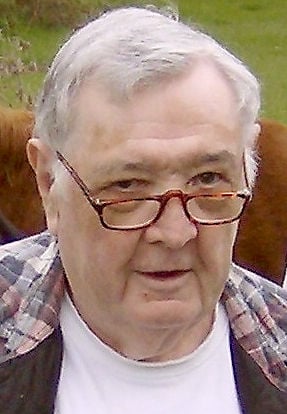 Richard L. Ray, who loved books, telling stories and fighting for causes in which he believed, died at his remote ranch headquarters in Cottonwood Canyon, southeast of Walla Walla and east of Milton Freewater, on February 27, 2013.

Richard was born in Walla Walla on November 1, 1932, to J. Frank Ray and Ruby Parris Ray. He graduated from Walla Walla High School, attended California Institute of Technology and Whitman College and served four years in the U.S. Coast Guard. He worked as an engineer on Boeings TFX-F111 fighter jet program before fulfilling his life-long dream of becoming a farmer and rancher in the Blue Mountains of Umatilla County.

Richards friends remember him as a man who gave of himself and expected nothing in return. He held true to his convictions, often at great personal cost. There was no price at which he could be bought. Richard could have an intelligent discussion (or argument) with just about anyone regarding just about anything  from the history of ancient civilizations to the latest scientific discoveries.

When Richard was feeling well, he found humor everywhere. Often, upon delivering the punch line to one of his many tales, Richard would slap the table with his right hand and laugh so hard he would fall into a coughing fit. Through the laughter and coughs, he would remove the ever-present corncob pipe from his mouth, and take off his glasses to wipe away tears. As soon as Richard and his listeners caught their breath, he would begin the careful process of re-loading his pipe and launch into yet another uproarious tale.

Richard enjoyed sipping Tullamore Dew Irish Whiskey and smoking fine cigars. But he partook in both only when visiting with good friends or interesting strangers.

Richard was driven by his passions. If a subject captured his interest, he would read every book written about it and even correspond with some of the books authors. Over the course of 40 years, he made countless visits to Earthlight Books in Walla Walla, where he pressed his friend, David Crosby, to track down obscure, out-of-print titles.

Richards interest in the history of the Pacific Northwest fur trade led him to work for the re-introduction of beavers to the south fork of Cottonwood Creek. His interest in and respect for Native American history and culture led him to build an authentic Sioux tipi. His interest in Celtic mythology led him to assemble a circle of tall, columnar rocks on his ranch, which he dubbed Stonehenge.

One morning Richard heard bagpipe music on the radio. He was so enamored with the wail and screech that he arranged to send his son to bagpipe school. On another occasion, he happened across the firing of a Civil War-type cannon. He was so taken with the boom and echo that he designed and built a cannon of his own.

Richard cared deeply about the natural environment. He worked with the Confederated Tribes of the Umatilla Indian Reservation to restore Cottonwood Creeks salmon run. He also lobbied for the introduction of wild turkeys to Cottonwood Canyon.

Richard said the turkeys would boost the canyons ecosystem by serving as a food source for large predators, like bears and cougars. In fact, Richard simply loved the birds. His eyes would light up with every gobble. Richard could discuss the biology and cultural significance of wild turkeys in great detail.

By choice, Richard lived in a home with no electricity and, until recently, no phone service. But he had many friends. He once remarked, in jest, that he had so many visitors he was considering moving farther up the canyon to have more time for reading.

Richard is survived by his daughter, Carolyn Leonhard, and son-in-law, Brent Leonhard, of Walla Walla, son Jeff Ray and daughter-in-law Sheila Ray of Boise, and four grandchildren, Zoe and Evie Leonhard, and Jack and Taylor Ray.

We appreciate the patience, compassion and integrity of Richards many friends who cared for him through snow storms, spring floods and medical crises, and endured his stubborn unwillingness to take even a temporary leave of his ranch headquarters.

We are grateful to six people in particular: Mike Davis, Cliff Pease, Greg Dunagan, Jackie Lynch, and Leland and Carolyn Hellberg. You were so strong and so patient through so much for so many years. Thank you.

We also thank Richards dear friend Alan Cliff of the Cayuse-Sioux tribe for a beautiful ceremony that gave us an opportunity to remember the many wonderful things about our father and to say goodbye.

Memorial contributions can be made in Richards name to the place where he spent countless hours over the course of his 80 years, the Walla Walla Public Library.

Friends wishing to gather at Stonehenge for a salute to Richard’s life should write to rayranch100@yahoo.com for information about the gathering. We shall provide the Tullamore Dew and the fine cigars, but this time it will be up to you to provide the stories. Those who have even a hint of anger in their hearts are strictly not welcome.

If there is a heaven, Richard is in its library. If there are angels, he is telling them tales. But surely, there is no injustice in heaven. Finally, our father can rest in peace.