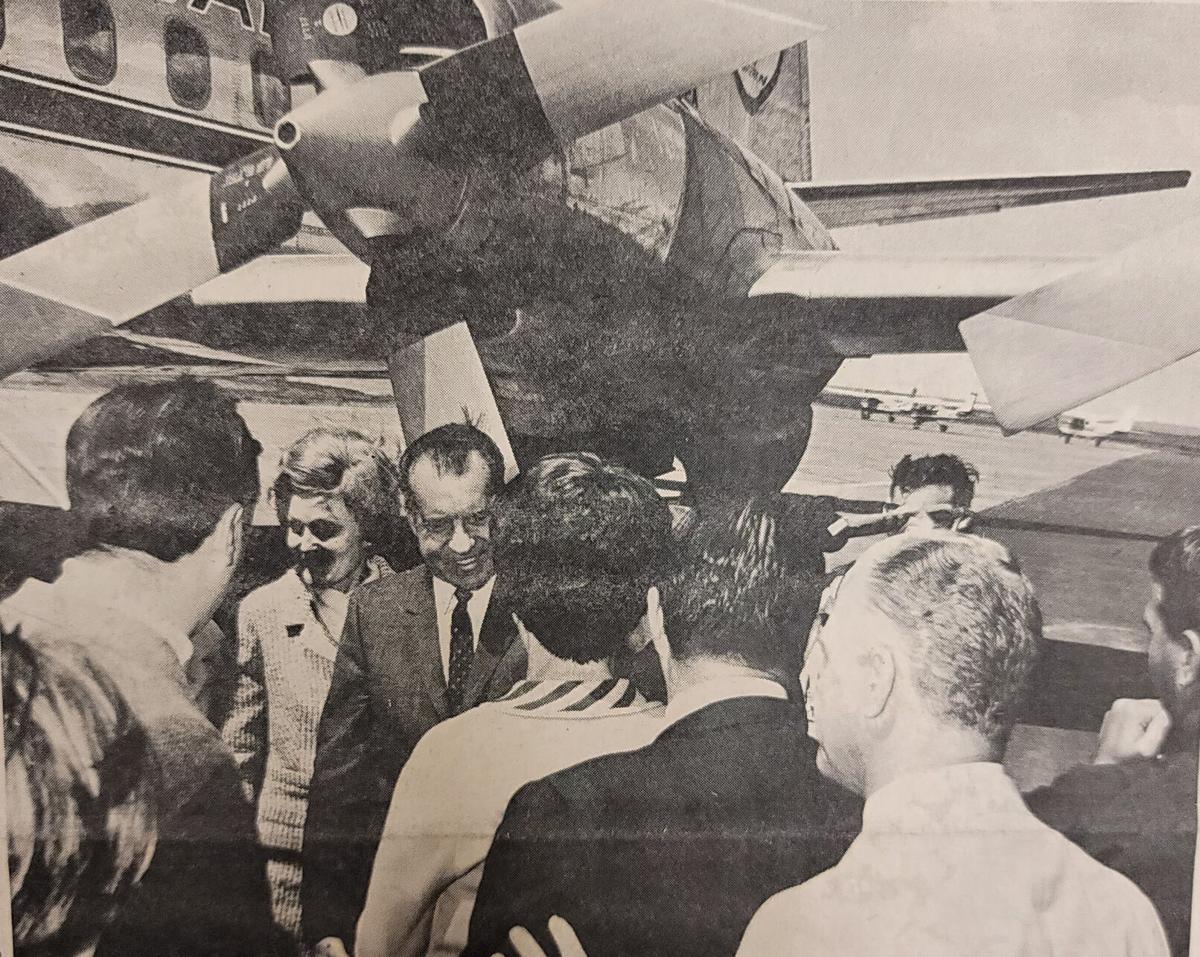 Republican Richard Nixon visited Pendleton in May 1968 on a campaign stop in his run for president. Nixon’s visit to Round-Up country came a few days after Democratic candidate Eugene McCarthy. 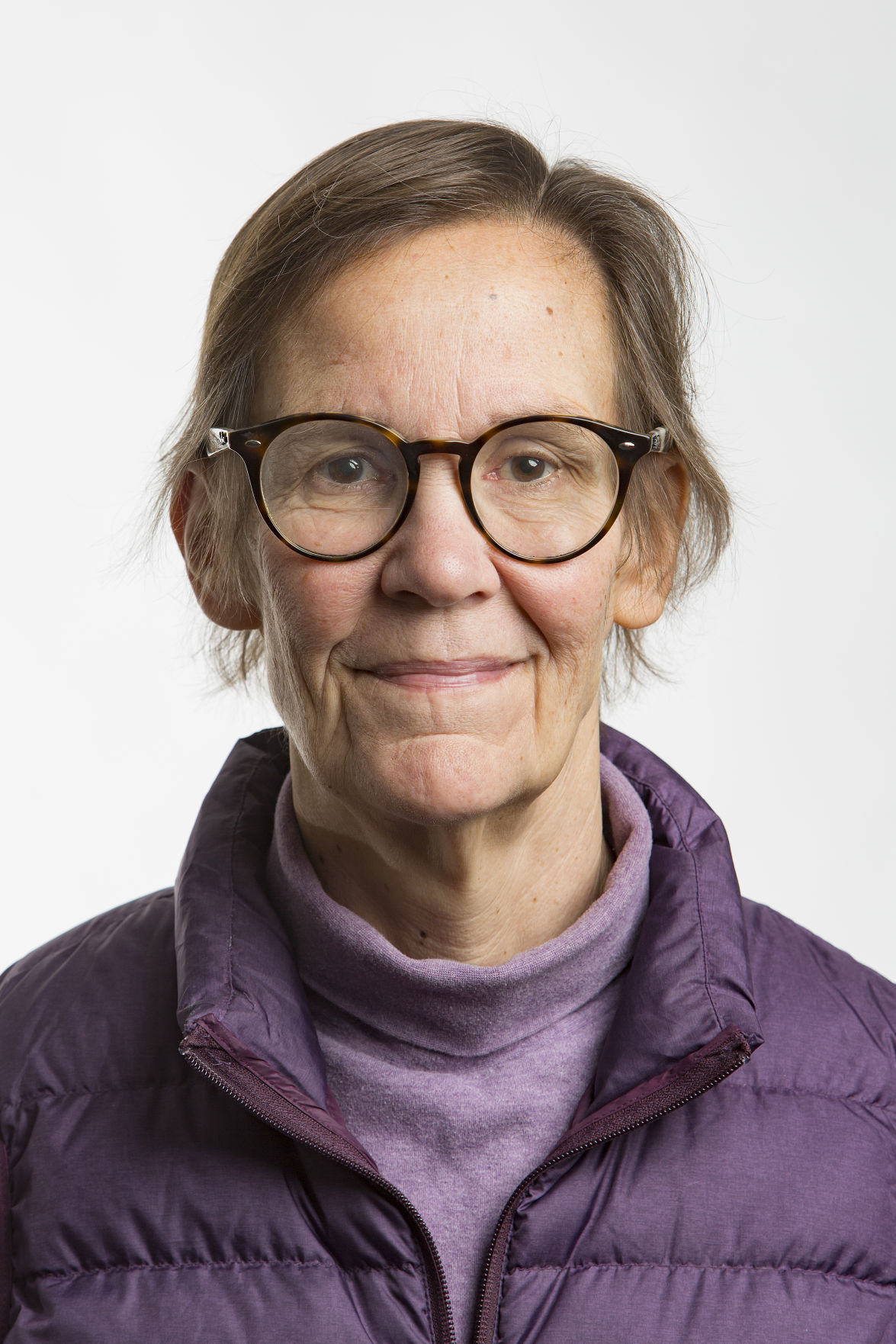 Umatilla County has played host to a fair number of presidents and candidates through the years. My September column spotlighted the visits of presidents Harding in July 1923 and Truman in May 1950. As the pandemic stalls Biden-Trump 2020, this campaign retrospective moves steadily ahead into the mid-20th century.

President Dwight D. Eisenhower became Pendleton’s third presidential visitor on Sept. 23, 1954, during a trip to dedicate McNary Dam. Eisenhower updated the traditional whistle stop of previous years, arriving by air to give a brief speech on the tarmac. Ever the centrist, President Eisenhower promised that in its relations with constituents, his administration would be “liberal, human, sympathetic — always.” With the economy and Americans’ pocketbooks, on the other hand, the president pledged a conservative approach.

The former Supreme Allied Commander departed with new appreciation for Pendleton, he assured the audience, because he now knew whence his favorite woolen fishing shirt had come.

John F. Kennedy became the 35th president of the U.S. on Nov. 8, 1960. Pendleton got acquainted with him and his wife, Jacqueline, in the fall of 1959. Kennedy came to Eastern Oregon on a preconvention tour, drumming up support in the rural West.

The itinerary included meet and greets with some of Pendleton’s prominent Democrats, notably the Mitzimbergs and Sussmans, and a fundraising dinner at Hawthorne School became a magnet for other politically minded Pendletonians. I met JFK there as a 2-year old, on the arm of my mother, who told the future president how much she loved hearing an East Coast accent. A widely circulated photograph commemorates the visit, capturing the Kennedys talking strategy with an aide in the Dutch Maid Drive In.

They may have proceeded there from nearby St. Mary’s church, as former Pendleton resident Brian Doherty remembers seeing them at Mass that morning.

Eastern Oregon residents would come to know JFK as a candidate and president set apart — the first to debate his opponent on television, the first Catholic to win the presidency, the first to hold regular televised news conferences. And they would join the long vigil for President Kennedy after his assassination on Nov. 22, 1963.

The year of the candidates(s) in Eastern Oregon was clearly 1968. The country’s bloody stalemate in Vietnam and the emergence of a primary challenger had driven incumbent President Lyndon Johnson from the race. Antiwar Democratic candidate Eugene McCarthy became the first to visit Pendleton ahead of the Oregon primary in May.

His appearance was brief, but he won over at least my 10-year-old politics-mad self. As I waited to shake hands with the senator, he interrupted an airport interview with KUMA to thank me for coming and ask for my vote “in a few years.”

Veteran GOP contender Richard Nixon stopped in Round-Up country a few days later. As the “establishment” candidate, he received a warm welcome from state Sen. Raphael Raymond and other county grandees, who had decorated the Vert auditorium for the noontime speech. Nixon revisited a familiar theme in calling for a restoration of American prestige after years of stalemate in Vietnam, mass protests across the country and the hostage drama of the Pueblo, a U.S. Navy intelligence vessel seized by North Korea in January of 1968.

Sen. Robert Kennedy’s arrival on May 21 proved memorable. When he stepped off the plane, a group of schoolkids began chanting “Bobby! Bobby! Bobby!” — enthused as much for his Beatles haircut as his policies. Kennedy trotted right over to the airport fence to engage them before joining the adults. He asked how they were doing in school — “Are you sure?” he teased when they answered — and promised that if their parents voted Kennedy, he would propose a four-day school week. This, of course, came with tongue firmly in cheek, but the kids were delighted.

The trip downtown took a dark turn when a sudden popping noise spooked the Kennedy entourage, but a friendly crowd of 1,200 at the Vert buoyed the candidate. His speech emphasized solving the country’s problems together and ending the Vietnam War, to free up money and energy for domestic initiatives. As usual in the Bobbymania tour, there were far too many hands for the candidate to shake.

It seemed a cinch that one of Pendleton’s visitors would win the election. Kennedy finished second to McCarthy in the Oregon primary, but his triumph in California made him the likely Democratic opponent of Richard Nixon in the 1968 general election. In a gruesome nightmare rerun of brother JFK’s murder not five years before, a man with a gun ended Kennedy’s bid hours after his California victory. The way was thus clear for RFK’s fellow Pendleton campaigner, Nixon, to become the 37th U.S. president.

Past and prologue | Presidents and potentials in Pendleton

September is upon us, Labor Day is over, school will start this week — if only virtually — and everyone will presumably now start focusing on …