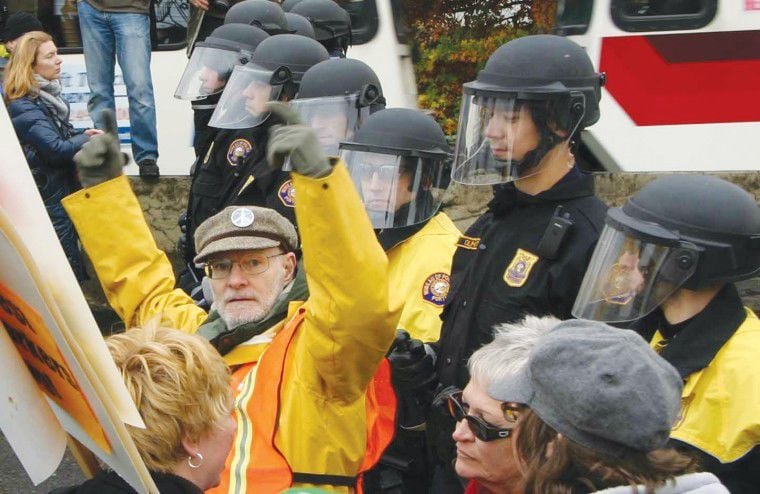 <p>Police stand behind a row of protesters at an Occupy Portland event Thursday.</p> 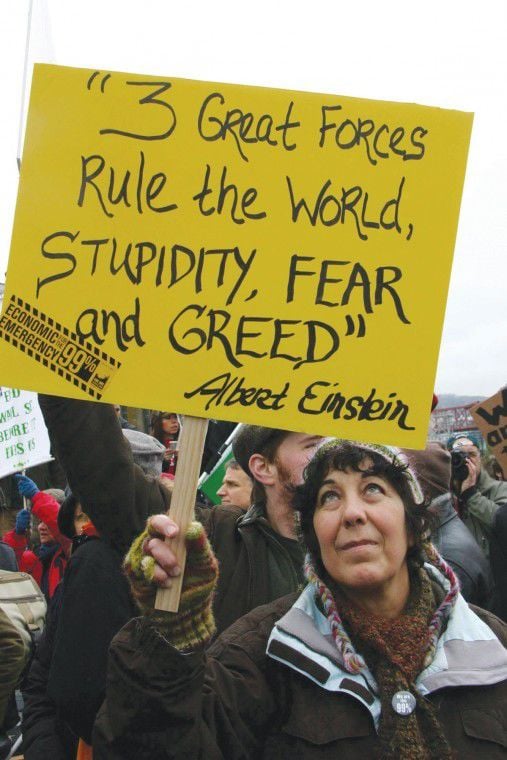 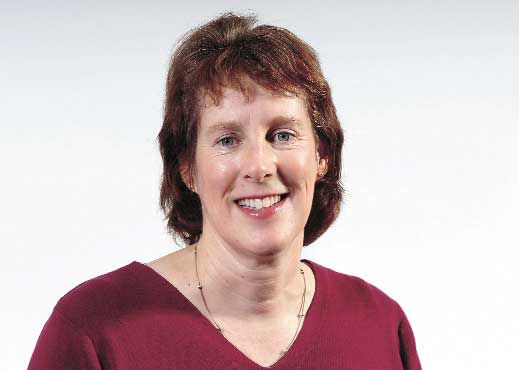 <p>Police stand behind a row of protesters at an Occupy Portland event Thursday.</p>

An exchange between a demonstrator and a police officer Thursday captured one of the undercurrents of the Occupy Portland movement.

As about 500 protesters marched through downtown Portland, police walked alongside using their bicycles as a barrier to keep occupiers on the sidewalk. The high number of police on hand touched off a tirade of comments.

Police go home. We can do this on our own.

Go fight crime, one man shouted at the line of police.

Most reacted with blank expressions worthy of British palace guards. One officer, however, couldnt keep his frustration in check. He looked the demonstrator square in the face.

You and I could probably go and have a beer and talk this out a lot better.

One got the sense that this officer might support the basic idea behind the movement but doesnt appreciate how it seems to be evolving into an out-of-control monster that is aiming some of its fury at police instead of corporate greed. Thursday, I tried to get a sense of this shape-shifting Occupy movement. In Portland to visit an old friend from Wyoming, I had a free morning. Occupy Portland demonstrators, I learned, planned to gather several blocks my hotel and march across the Steel Bridge.

When I arrived, Portland police in riot gear had blocked the east entrance to the bridge and arrested a couple dozen protesters who had attempted to cross. Demonstrators retreated, walking to Peace Park and then to the pedestrian walkway on the bottom tier of the Steel Bridge. I walked along, listening to their chants.

Banks got bailouts. We got sold out.

Many protesters wore stickers that proclaimed, We are the 99 percent. Their signs spoke of myriad issues: stopping the war on working people, student debt, workers rights, green jobs, aging infrastructure and bank bailouts.

The group paused at Tom McCall Waterfront Park to regroup before trekking to some downtown banks. Some had volunteered to risk arrest by trooping into bank lobbies, sitting down and singing revolution songs. Bosh Paro, 25, sat on his BMX bicycle at the fringe of the crowd. An oversized Cascadia flag adorned the bike. The freelance photographer said he willingly would get arrested to make a statement against big banks. His 82-year-old grandmother, Paro said, was forced to choose between her home and expensive medical care.

We have a huge problem in America and people need to open their eyes, he said.

Big banks were definitely in the crosshairs Thursday. We have two demands, said Trip Jennings, an Occupy Portland organizer. That banks stop foreclosing on homes and that the city of Portland and Multnomah County cease enforcing foreclosures.

The group proceeded to Wells Fargo at Fifth and Salmon where police arrested nine protesters inside the bank.

I sense that Portlanders are getting impatient with this movement and its drain on city resources. Consternation etched the faces of bystanders who watched protesters spill off the sidewalks and ignite little clashes with officers. On the way back to my hotel on the MAX, I heard plenty of people talking about the protest. The movement has a good message at its heart, one man said, but somehow things have come undone. The city cant afford their antics or the police overtime. Another 30ish man sitting with his wife and baby said a percentage of the protesters dont even care about that core message. They are using this as an excuse, he said, to have a good time and trash the city.

Occupy Portland protesters might want to step back and do some self-assessment. Dont let a good idea evolve into something unproductive and destructive.

Kathy Aney is a senior reporter at the?East Oregonian. Contact her at kaney@eastoregonian.com