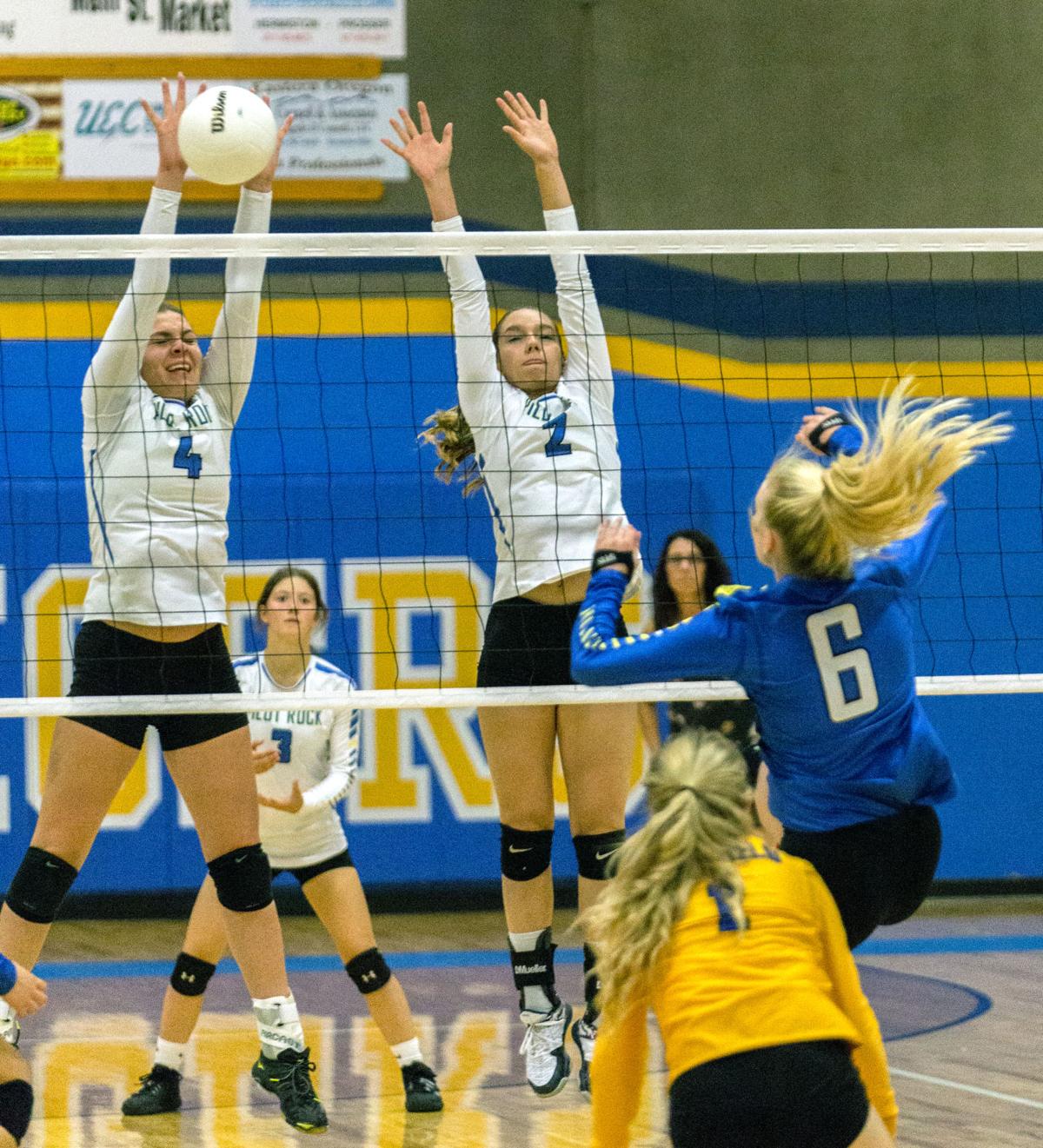 Lillie Brewer (4) and Kylie Gaines (2), of Pilot Rock, play the net after a hit by Stanfield’s Brielle Howland. 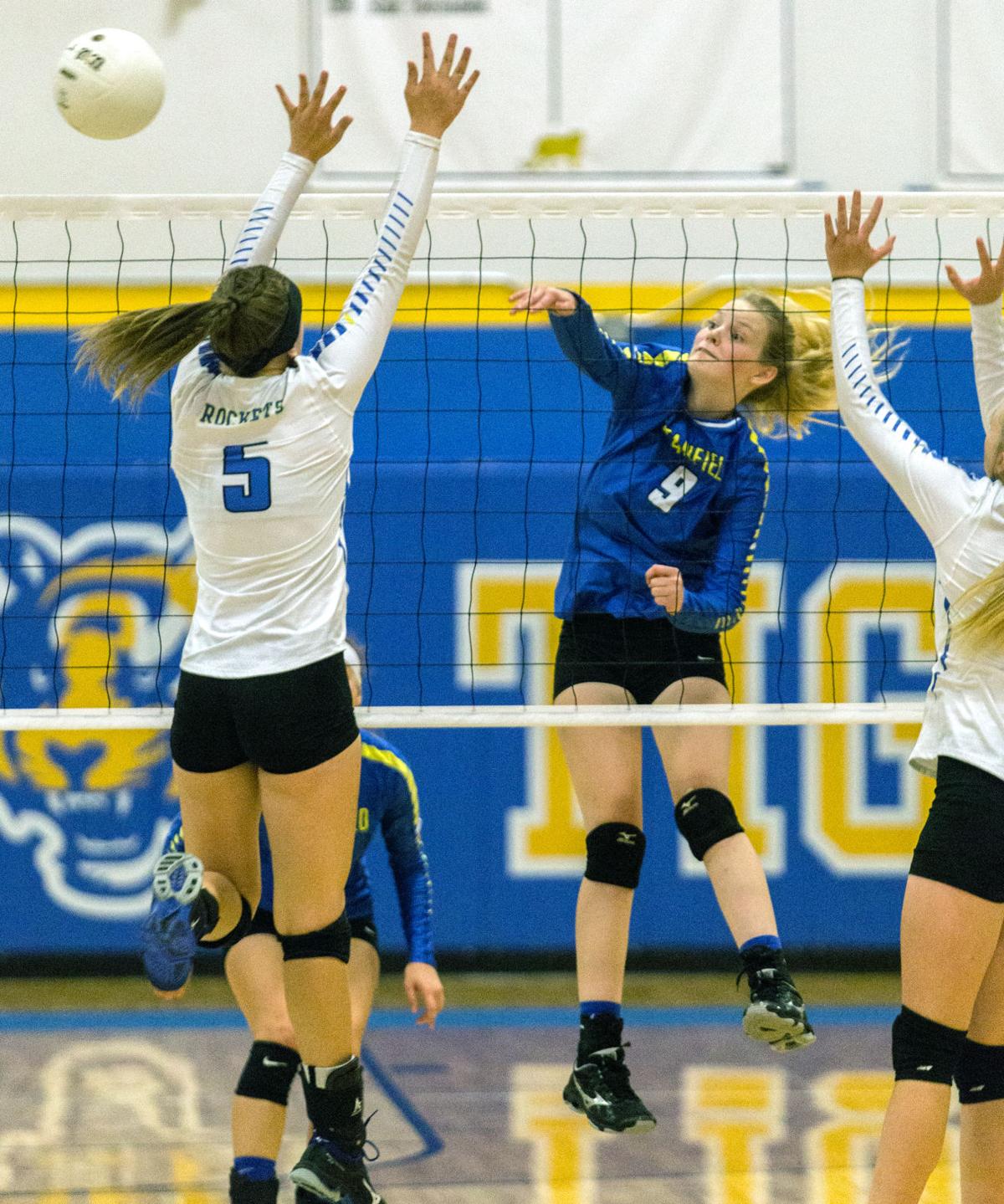 Lillie Brewer (4) and Kylie Gaines (2), of Pilot Rock, play the net after a hit by Stanfield’s Brielle Howland.

STANFIELD — Zuri Reeser is just a freshman, but she plays well beyond her years.

“She loves to compete,” Tigers coach Blaine Ganvoa said. “She has been excited to come into high school to play volleyball. She has the basic tools, she just has to learn when to use them to be more successful at the varsity level.”

Pilot Rock, which took the lead in the third set before the Tigers rallied back, still is looking for its first BMC win.

“We just need to get one,” Rockets coach Danielle Baleztena said of getting her team over the hump. “This is the best they have played all three games. They didn’t give up or give up on themselves.”

Trailing 2-0, the Rockets came to life in the third set.

Down 14-7, Pilot Rock (2-11, 0-2 BMC) rallied behind the serving of Erin Zacharias, who helped tie the score at 15-all with six consecutive points.

The Rockets would lead 18-17 before the Tigers roared back.

Reeser served four points for a 21-18 lead, and Howland put the match away with the final three points.

“Unforced errors are something we have worked on,” Ganvoa said. “We switched up our serve receive, but we still had too many unforced errors. We were fortunate that today we came out on top.”

Holding a 19-13 lead, Brielle Howland served the next five points for Stanfield, but a kill by Pilot Rock briefly stalled the victory.

The Rockets’ Mackenzie Bennett then served the ball into the net, giving the Tigers the first set.

“We just need to work on a few tweaks,” Baleztena said.

In the second set, the Rockets pulled within 10-8 early on, and 24-20 late in the set, but could not get past the Tigers.

Brooke Howland added nine kills and 17 digs for the Tigers, who will host Grant Union and Weston-McEwen on Saturday. Brielle Howland chipped in eight kills, eight assists and six digs for Stanfield, while Savannah Sharp had 22 assists and three kills.

A look at the Nebraska 2020 football schedule

Brees on kneeling during 2020 NFL season: 'I will never agree with anybody disrespecting the flag'