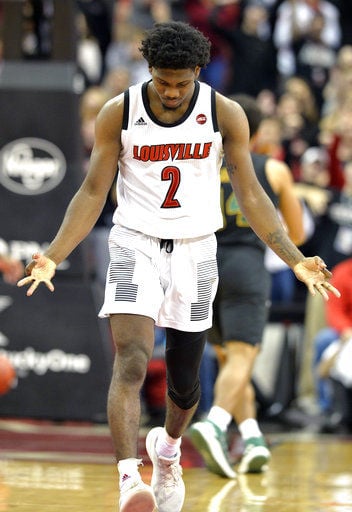 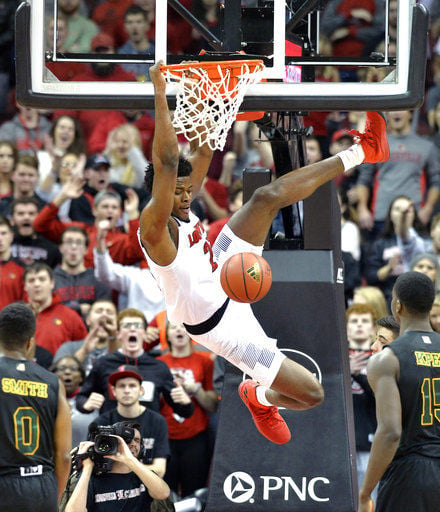 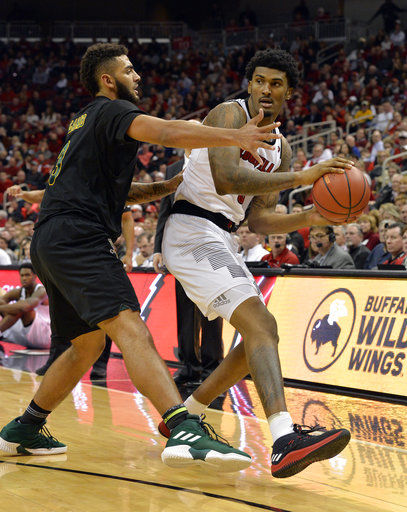 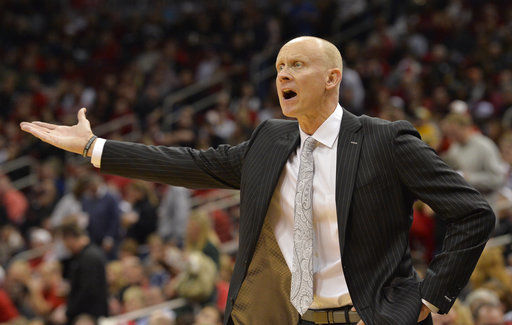 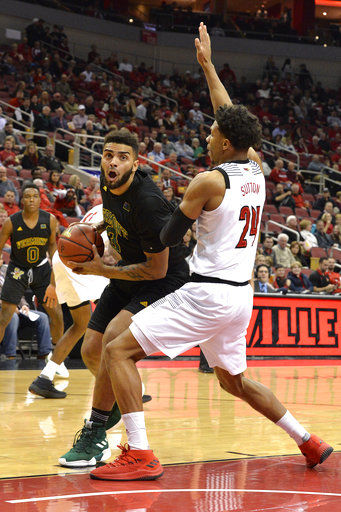 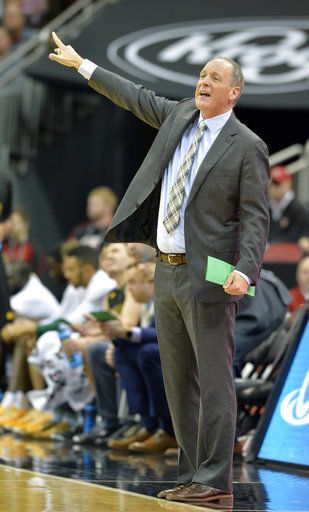 Vermont coach John Becker signals a play to his team during the first half of an NCAA college basketball game against Louisville in Louisville, Ky., Friday, Nov. 16, 2018. (AP Photo/Timothy D. Easley) 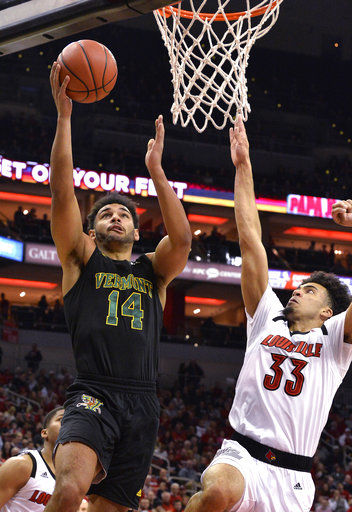 Vermont coach John Becker signals a play to his team during the first half of an NCAA college basketball game against Louisville in Louisville, Ky., Friday, Nov. 16, 2018. (AP Photo/Timothy D. Easley)

LOUISVILLE, Ky. (AP)  After scraping to win its opener before cruising to its second victory, Louisville showed enough resolve to deny Vermont from wiping out its big lead.

Jordan Nwora scored a career-high 22 points, Ryan McMahon made six critical free throws down the stretch and the Cardinals held off the Catamounts 86-78 on Friday night.

Louisville appeared in control with a 73-51 lead with 8:37 remaining, an advantage built with yet another strong performance by Nwora. He continued to spark the Cardinals (3-0) off the bench, scoring eight points with consecutive 3s during a 13-2 spurt for a 45-35 lead at the break. After Steven Enoch scored Louisville's first 10 points of the second half, Nwora followed with a jumper to start a 9-0 run over 3:17 for a 66-45 lead with 11:33 remaining.

The Catamounts didn't wilt and soon regrouped to get within 80-72 on Stef Smith's 3-pointer with 3 minutes left. Nwora answered with a pair of free throws, Darius Perry made a jumper with 1:31 left and McMahon (eight points) sank two more from the line with a minute left, building a cushion to survive the Catamounts (2-2) and win their second game of the NIT Season Tip-Off.

"We shouldn't have let that (lead) get away, we kind of let up for a second," said Perry, whose 17 points matched a career high. "That's something we need to work on in practice for sure."

While the outcome was a little close for coach Chris Mack's liking, it was one he felt Louisville could learn from. Vermont was certainly no pushover: the Catamounts went 27-8 and reached the NIT last season, and had some moments against No. 2 Kansas before falling 84-68 last week.

Fortunately for the Cardinals, Nwora helped get them going toward another win. The sophomore forward finished 7 of 11 from the field with four 3s to top his previous high of 20 against Southern on Tuesday night. Enoch and V.J. King each added 14 for Louisville, which shot 53 percent from the field.

Anthony Lamb scored 25 points and Smith 24 for Vermont (2-2), which led 15-8 before Louisville began taking control. Two days after their record-breaking 122-56 win over NVU-Lyndon, the Catamounts shot 54 percent in the second half and 49 percent overall but fell short.

Vermont: Forced out to the perimeter by Louisville's pack line defense, the Catamounts hit 3-pointers to grab an early lead and mount several second-half runs to get within single digits. But foul troubles to three starters took their toll and sent the Cardinals to the line, and there just wasn't enough time to complete the rally.

"They were really into us all over the court, and it made it hard to run our offense," coach John Becker said. "I think it took a little while for our guys to adjust to the physicality on the perimeter. That was an ACC team playing really hard."

Louisville: The Cardinals were about to hit cruise control in the second half before things got tense. But they didn't fade and continued to hit free throws with many chances, making 26 of 33. They also won the boards 30-24 and the paint 34-28, while Nwora's scoring led a 35-20 advantage in bench scoring.

Louisville faces Tennessee on Wednesday in Brooklyn, New York, in continuation of the NIT Season Tip-Off.