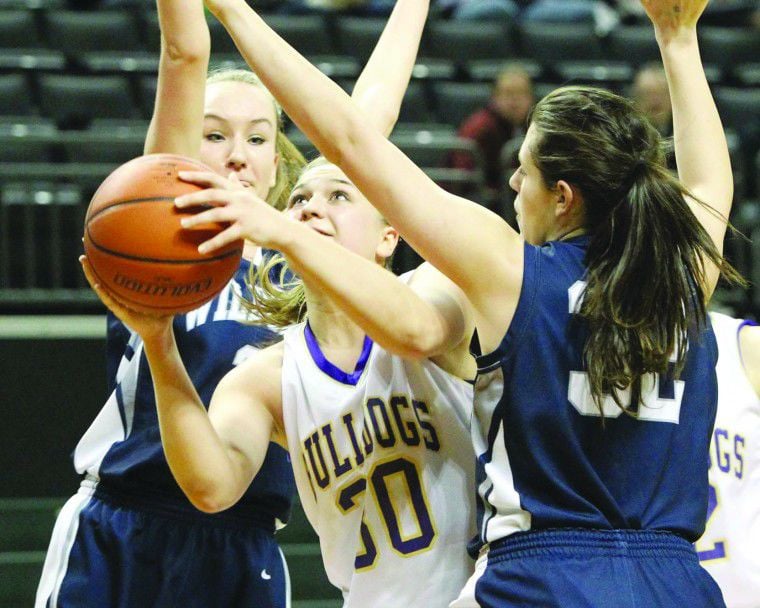 Hermiston’s Courtney Walchli looks to shoot through the Wilsonville defense in the Class 5A 4th/6th place game on Saturday in Eugene. 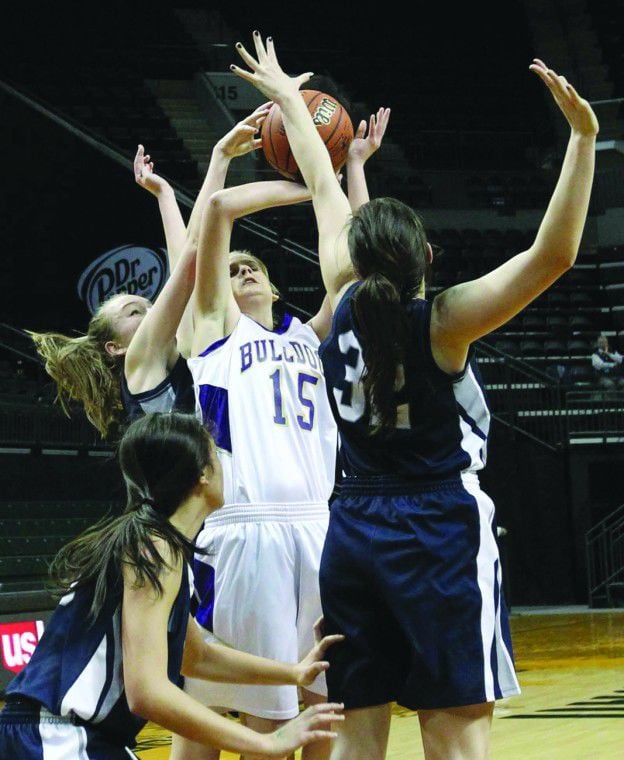 Hermiston’s Callahan Crossley is swarmed by Wilsonville defenders in the Class 5A 4th/6th place game on Saturday in Eugene. 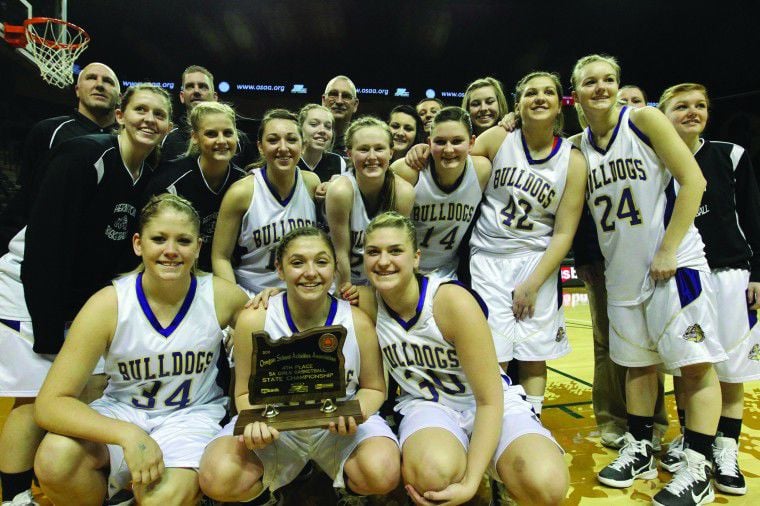 The Hermiston girls’ basketball team poses with the fourth place trophy it won at the Class 5A tournament on Saturday in Eugene. 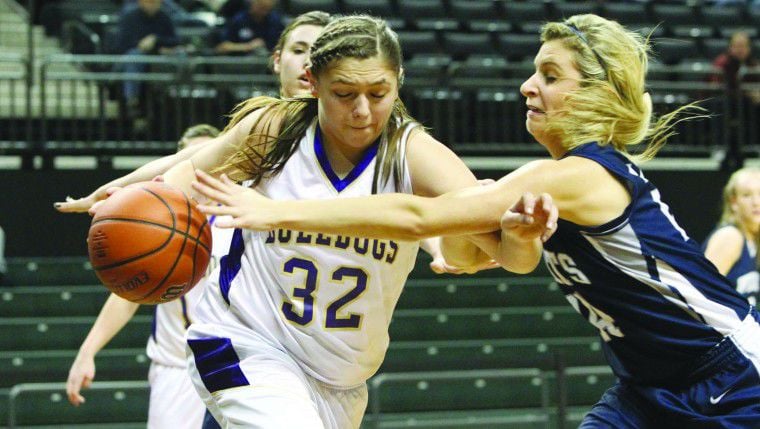 Hermiston's Sarawise Wise drives past the Wilsonville defense in the Class 5A 4th/6th place game on Saturday in Eugene.

Hermiston’s Courtney Walchli looks to shoot through the Wilsonville defense in the Class 5A 4th/6th place game on Saturday in Eugene.

Hermiston’s Callahan Crossley is swarmed by Wilsonville defenders in the Class 5A 4th/6th place game on Saturday in Eugene.

The Hermiston girls’ basketball team poses with the fourth place trophy it won at the Class 5A tournament on Saturday in Eugene.

Hermiston's Sarawise Wise drives past the Wilsonville defense in the Class 5A 4th/6th place game on Saturday in Eugene.

EUGENE  Hermistons Courtney Walchli scored a game-high 23 points as her club held off a late Wilsonville surge to win 56-54 in the fourth-place game at the Class 5A girls basketball tournament at Matthew Knight Arena on Saturday in Eugene.

The senior post wasnt about to end her career on a sour note. Playing in her last game in a Bulldog uniform, she went 9 of 12 from the floor and hauled in seven rebounds to go with five assists.

I wanted to go out and play a good game and not regret anything, Walchli said. I regret fouling out a little bit, but I think I played all right to make up for it.

Walchli fouled out late in the fourth quarter.

Similar to all their tournament games, the Bulldogs jumped out to an early lead only to see it evaporate as the game went on. They led by as much as 12 early in the second quarter but a scrappy Wilsonville team kept contact with the Dawgs by taking advantage of mistakes.

With the Dawgs up 56-51, with 5.1 seconds left on the inbound, Heidi Walchli didnt quite get enough on the pass and it fell to Wilsonvilles Kelli Krueger about 35 feet from the hoop. Krueger took a step, hoisted up a shot and drilled it, leaving 2.3 seconds on the clock. Wilsonville tried to call a timeout but they were unable to as time expired.

Definitely not how we drew it up, Hoffert said. We wanted to get the ball on the other end so we could either catch it or have people knock it around and run out the clock.

The late drama initiated by Kruegers desperation heave was as about as involved as the 6-foot-1 post was the entire night. Hermistons zone defense, designed to sandwich one of states best post players with defenders, was extremely effective and held Krueger to four first-half points.

We wanted to make Wilsonville shot three-pointers, Hoffert said. Going in I didnt think they shot the ball that well. But we wanted to limit Kruegers touches because shes one of the best players here.

And Hoffert was right  the Wildcats didnt shoot the ball well at all. They made 3 of 27 long distance attempts, with guard Andi Maleike going 1 for 13. Wilsonvilles Emily Dungey shot 1 of 9 from beyond the arc.

After Wilsonvilles Lexie Bennett drilled a short jumper to cut Hermistons lead to 44-41, Hermiston junior Maloree Moss scored off a backdoor cut. Courtney Walchli found Moss with a bounce pass from the top of the key to push the advantage back to five with 4:13 left.

The Dawgs extended their lead to nine points after Moss crossover step to the rim for a lay-in with 2:28 left in the game.

In Hermistons second trip to the state tournament in as many years, Hoffert said the experience of being at a venue like Matthew Knight Arena, which opened in January, will pay off in a potential third-straight trip next season.

Any tournament game you can get helps, Hoffert said. Being able to experience this type of state pressure and feeling is good.

To go with Walchlis game-high 23 points, Moss was the only other Bulldog in double figures with 14 points. She had a much better game shooting the ball than the previous two tournament games, hitting 6 of 10 field goal attempts.

Hermiston will lose three seniors off this years club  Walchli, Saraya Wise and Kirsten Shockman  but will return four starters plus Crystal Schmidt from her back injury.

Krueger led the Wildcats with 15 points and Maleike scored 12 on 5-of-23 shooting.

Its the second year in a row the Dawgs have finished with a fourth-place trophy. They beat West Albany 42-41 in last years consolation final.