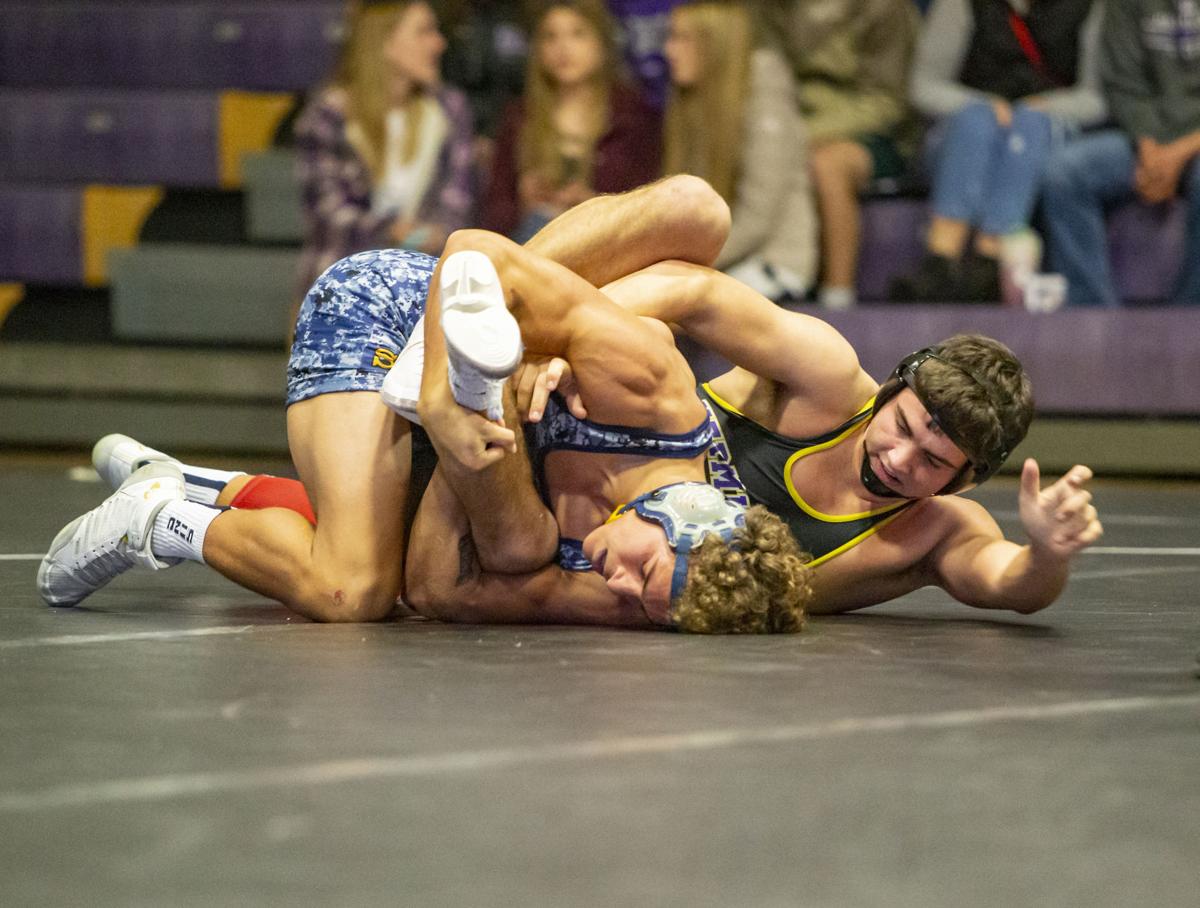 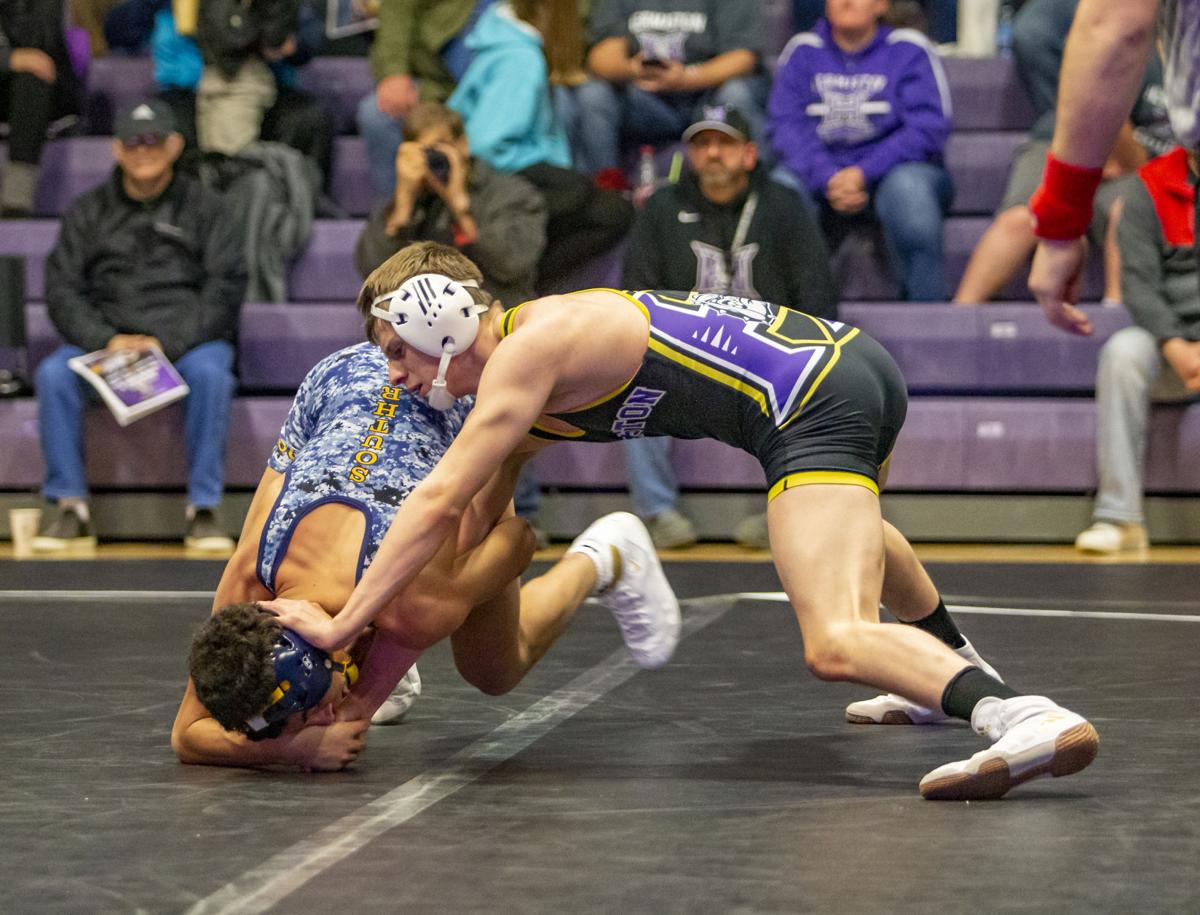 HERMISTON — Hunter Dyer knew he couldn’t afford to give up any points with his team leading by just nine points with two matches left.

The Hermiston sophomore did his part with a first-round pin of Arturo Cardoza at 132 pounds to put the match out of reach and help the Bulldogs to a 41-29 victory Thursday over the visiting Southridge Suns in the Mid-Columbia Conference opener for both teams.

“What I knew, is I had to come out as strong as I could,” Dyer said. “I needed to push the pace. Opening up with a win is a better start than we had last year. We have more talent than we’ve had the past couple of years.”

Southridge coach Rich Cunningham said he knew his Suns were in for a battle.

“I knew they were much improved,” he said of the Bulldogs. “They are ranked fairly high. We have so many young kids. I’m proud of my guys.”

The Dawg House was rocking for the 170-pound match between Hermiston’s Trevor Wagner and Southridge’s Ryan Stayrook.

Wagner, who placed fourth at 160 pounds at the 3A state tournament last year, jumped out to 6-0 lead after the first round, and led 8-2 after two. An escape and a takedown in the third helped Wagner to an 11-4 victory.

“He is frickin’ ripped out of his mind,” Wagner said of Stayrook. “I wrestled my match and things turned out well. I didn’t really look at the score too much. I knew he was good and I wasn’t going to give up. It feels good to get a team win under our belts to start it off.”

Wagner said he wasn’t sure if he would drop back down to 160 this season, but acknowledged that he could.

“I have a little football fat left on me,” he said, pinching his mid-section. “We’ll see how the season goes.”

Hermiston coach Kyle Larson said it’s matches like Wagner’s that will put the fans in the stands.

“When you wrestle a tough guy at home, give the fans what they came to see,” Larson said.

Cunningham said it was the must-see match of the night.

“It was fun,” he said. “In the third, Ryan was dragging. They are both great athletes. After the match, he (Stayrook) wanted to know when we would see them again.”

Trailing 13-0, Southridge posted back-to-back pins by Shawn Gegg (182) and Cody Hudson (195) to pull within 13-12 of the Bulldogs’ six matches into the action, but Hermiston quickly got back on track.

Sam Cadenas pinned Southridge’s Lucas Martin early in the second round at 220, and Dustyn Coughlin followed with a pin of Gavin Johnson in 2:37 to give the Bulldogs a 25-12 lead.

The Suns picked up a forfeit at 106, but Zayne Helfer got a few of those points back for the Bulldogs with a 10-0 win over Soe Moe Lat at 113.

Southridge cut the deficit to 29-24 with a pin by Chris Cuevas at 120, but consecutive pins by Adrian Delgado (126) and Dyer sealed the win.

“It’s a start,” Larson said of the win. “We had some last-minute changes with guys filling in where needed.”

Stories From the Heart: Heroes of the Great Freeze