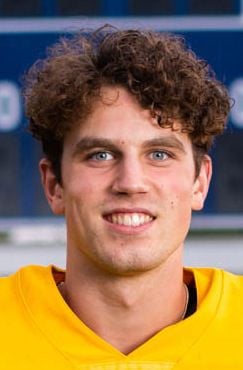 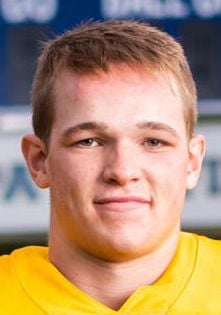 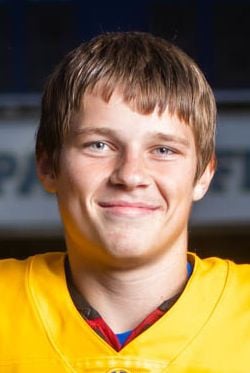 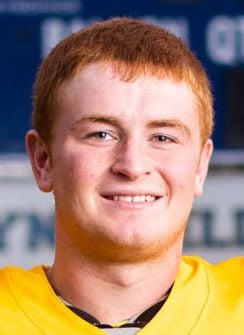 HEPPNER — The accolades keep rolling in for the Heppner football team.

The Mustangs, who won the Class 2A state on Nov. 30, had four players named to the 2A all-state first team, six to the second team, and one to the third. The team was voted on by 2A coaches throughout the state.

“I really feel that the votes for the offensive and defensive lines were divided among the players,” Heppner coach Greg Grant said. “I feel we deserved a little better there. In the end, we will take the blue trophy and be happy with that.”

Grant was named Coach of the Year after leading the Mustangs to a 13-0 record.

“That is a reflection of everyone who works with me,” Grant said. “That is a program honor.”

Wilson threw for 1,282 yards and 23 touchdowns, and ran for 797 yards and 14 touchdowns. Defensively, he had 32 tackles and three interceptions.

Lehman, the Mustangs’ top receiver, caught 33 passes for 612 yards and 11 touchdowns. He also had 51 tackles and returned eight punts for touchdowns.

Jackson Lehman, a junior, was a first-team tight end (345 yards, 7 TDs), while senior Jason Rea earned top honors at linebacker with 65 tackles and one interception.

On the second team, junior Blake Wolters earned honors as a running back (999 yards, 16 TDs) and defensive lineman (70 tackles, 4 sacks).

“Each coach in the state voted, but I don’t think some saw him play,” Grant said of Wolters. “The difference between first and second is an opinion. Being top two is a feather in anyone’s cap.”

Also on the second team are Rea, and seniors Kellen Grant and Gavin Hanna-Robinson on the offensive line, senior kicker Kannon Wilkins, and Jackson Lehman at linebacker (42 tackles, 2 interceptions). Hanna-Robinson also was named to the defensive line (73 tackles).