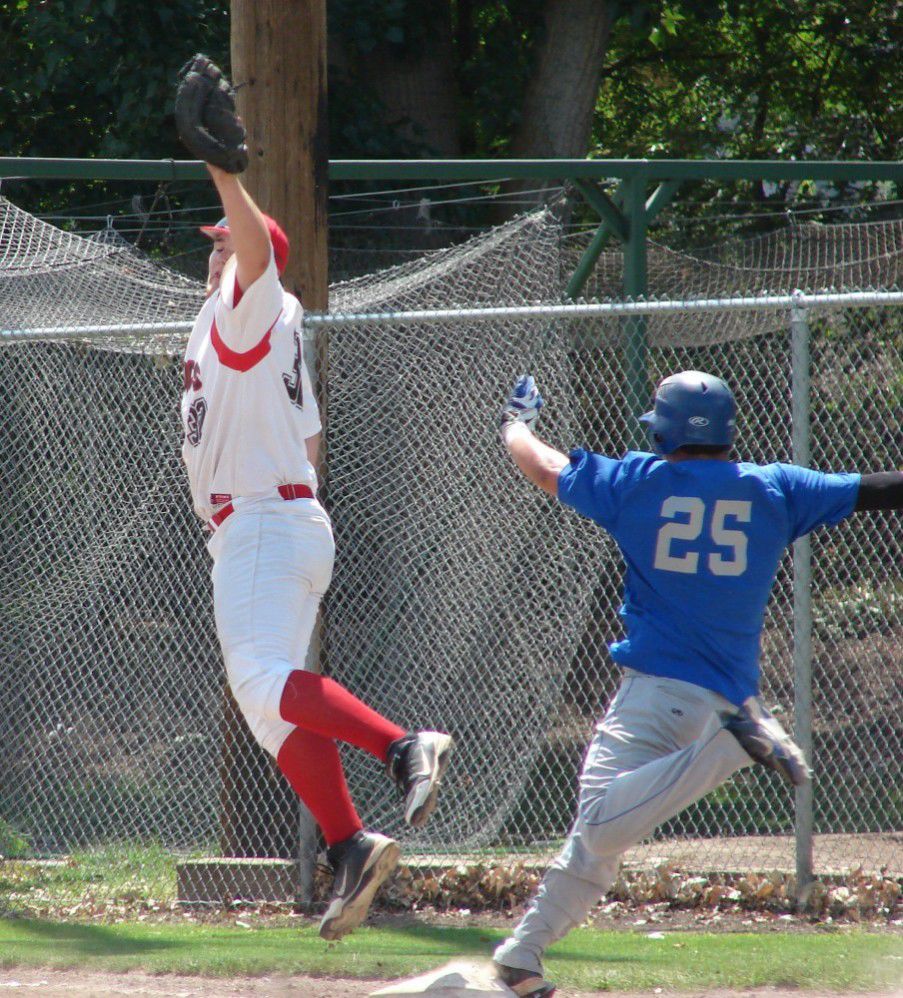 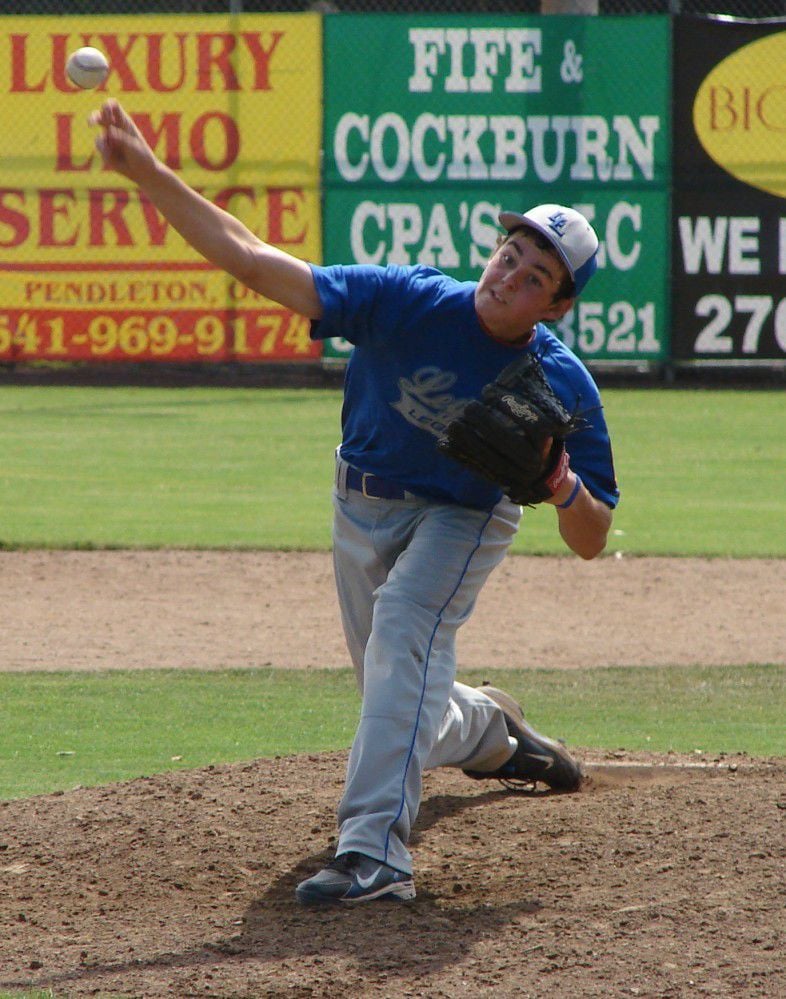 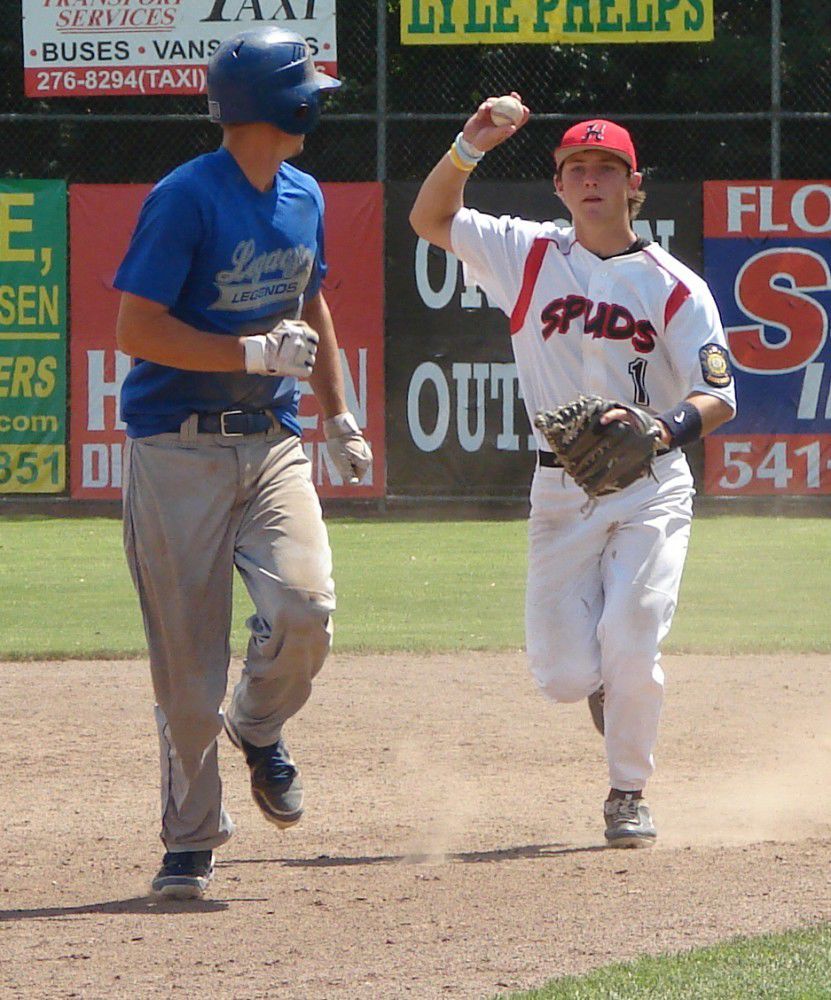 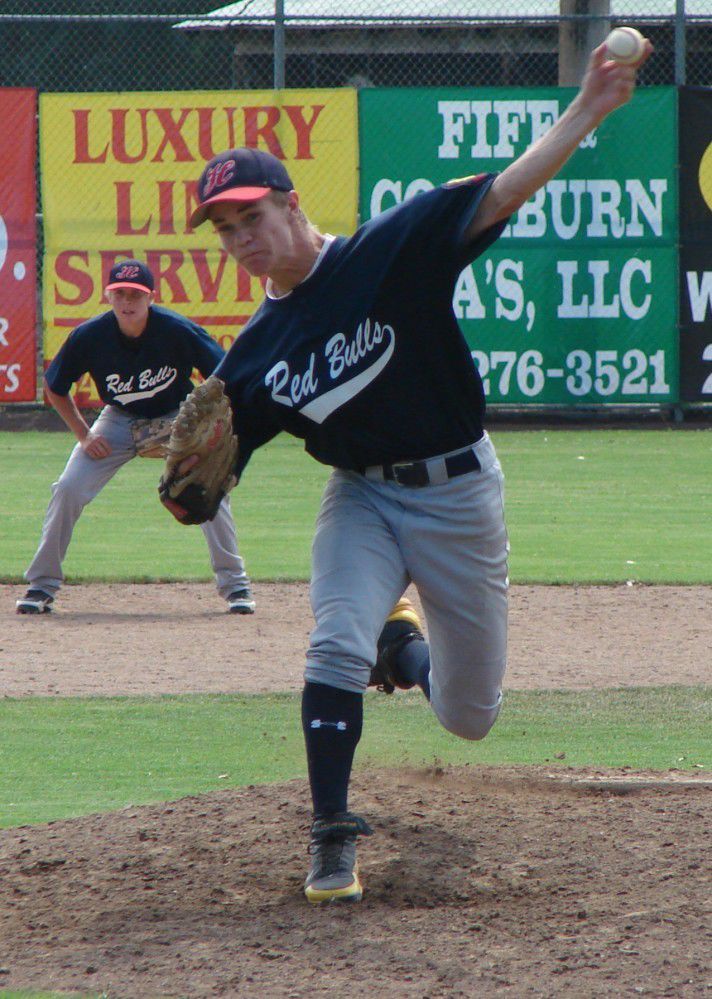 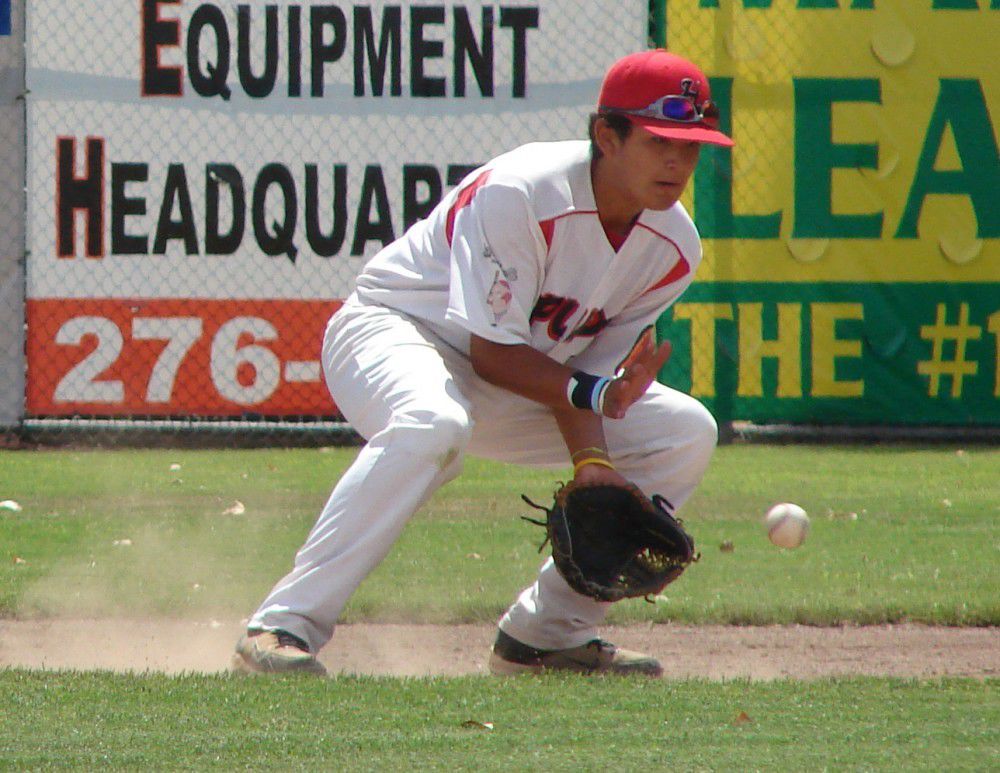 PENDLETON  The Legacy Legends of La Grande flipped the seeding on its head Thursday in the first day of action at the American Legion Class A?Zone 1 championship tournament at Pendletons Bob White Field.

La Grande entered the bracket with the third seed but, after wins over No. 2 Hodgen Red Bulls of Pendleton and No. 1 Hermiston Spuds, is the only team guaranteed a shot at the district title.

La Grandes Mitch Workinger outlasted the Hodgen Red Bulls Taylor Hillmick in a pitchers duel to open the tournament. The Legends finally pushed two runs across the plate in the eighth inning after Hillmick was pulled and won 4-3.

We just came out confident and knowing that we were going to win,?Workinger said. We came out 100 percent, never taking a play off, just giving it our best. Last year we won the state championship and got third at regionals so we kind of have the same expectations as last season.

La Grandes opponent in the championship game will depend on todays 4 p.m. elimination match-up between Pendleton and Hermiston.

The two teams split a doubleheader on Sunday at Bob White and its still anybodys tournament to win.

Its just going to be a matter of how we come out attitude-wise and rebound from the loss and carry ourselves, said Hermiston coach Doug Taylor. Just the fact that were playing Pendleton, that should light a fire in them and I?guess well see what happens.

We made it a little tougher but with only three teams youve still only got to win three games,?said Red Bulls coach Travis Zander. Weve won three in a row before and we can do it again.

To get another shot at La Grande, the Red Bulls will need to bring better plate discipline against Hermiston, Zander said.

We just got a little overanxious, started swinging at a lot of his sliders,?he said. (Workinger) was throwing first-pitch sliders and I?kept telling them and telling them, Hey hes starting out with sliders, and theyre still chasing them. Not being patient at the plate, thats what it comes down to.

The Red Bulls scored two runs in the first inning on three hits, but then got only one hit while going down in order five times in the second through seventh innings.

Only after La Grande had gone ahead in the eighth on a Seth Madsen double and a bases-loaded walk did Hodgen show signs of life at the plate.

Caleb Ball led off the bottom of the frame getting hit by a pitch, then Hillmick squeezed a double into left-center field. Connor Johnson followed with an RBI?groundout but that was where the rally ended.

Hillmick and Workinger each struck out five batters in the game.

With their tune-up complete, the Legends bats went to work early on the Hermiston Spuds after about a half hour break between games.

The Legends scored one run on two hits in the first inning, then four more runs on three hits in the second inning.

Lankford led the Legends in hitting going 2 for 3 with four RBIs.

The Spuds key to avoiding an 0-2 showing at the district tournament will be coming to the ballpark today with a little intensity  something they sorely lacked against La Grande.

Were a much better team than that, we just didnt compete,?Taylor said. The biggest game of the year and we came out flat.

We need to come out here and work hard,?said centerfielder Jesus Rosales. We werent focused, we werent up in the dugout, were not right.

Hermiston scored its only run against La Grande in the bottom of the sixth when Rosales batted in Camran Pollick on one of the teams five singles.

White finished his complete-game win with four strikeouts and four walks and although the plan was to only pitch him two innings and save his arm for use today, Legends coach Brian Chamberlain said his pitching staff has more than enough arms to finish off the title run.

As the game went on (White) was looking good and we kept rolling with him, Chamberlain said. Weve got plenty of guys that can throw the ball. Well be fine.

The winner of the Hodgen vs. Hermiston game will play La Grande tonight at 7 p.m.

Since it is a double elimination tournament La Grande would have to lose to the same team twice in a row to go home in second place. No team in Zone 1 was able to pull off a two-game sweep this season and every league doubleheader ended in a split.

Each one of us teams has 10-runned each other a time or two, and weve all played one-run ball games, Chamberlain said of the unpredictable nature of Zone 1.

Should a second championship game be needed it will be played on Saturday at 1 p.m.