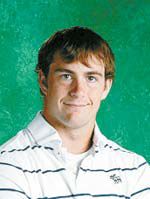 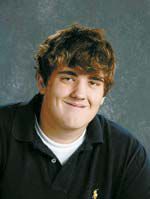 The Pendleton Linebacker's Club has announced their choices for recipients of the two most prestigious scholarships they award annually.

Both scholarships are non-renewable and are awarded each year to outgoing seniors who lettered in varsity football for the Bucks.

The Don Requa Memorial Scholarship is given to the outstanding senior player that best exemplifies the citizenship and athletic standards set by the Oregon Sports Hall of Fame coach during his time at Pendleton and throughout his distinguished career, said Linebacker's Club member Dean Fouquette.

Standley was the Bucks' lone representative on the all-state team as an honorable mention linebacker. He was a first-team All-Intermountain Conference selection at the position and was a second-team selection at running back.

He provided the power in the Bucks' veer offense and memorably ran for more than 200 yards with six touchdowns in the last two conference games this past season.

The Alex Stuvland Memorial Scholarship is given to the senior football player that best exemplifies the traits Stuvland showed as player during his 1968-70 run as a defensive lineman at Pendleton and later as the head of the Linebacker's Club, where he spearheaded the formation of the Hall of Fame. He was inducted to the Hall last year.

Those traits include being a good teammate, a hard worker and a player that leads by example, according to Fouquette.

Barnhart was a first-team All-IMC selection as an offensive guard for the Bucks this past season.

In May he signed a national letter of intent to play football at Northern Arizona University next fall, where he plans to major in business.

Barnhart will be used as a defensive nose tackle and will redshirt his freshman year.