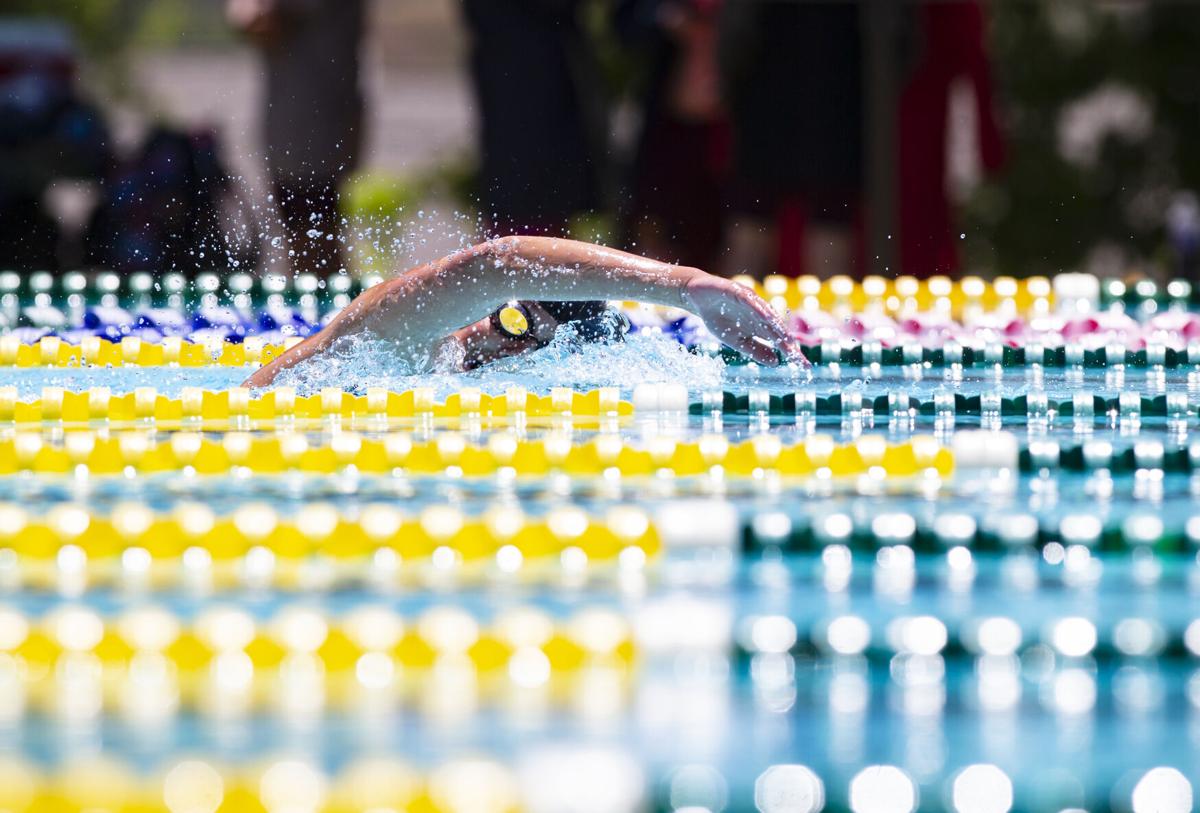 Pendleton’s Melinda Cramp competes in the 100 meter freestyle during the Pendleton High School Invitational on Thursday, June 10, 2021. Cramp finished first with a time of 1:06.65. 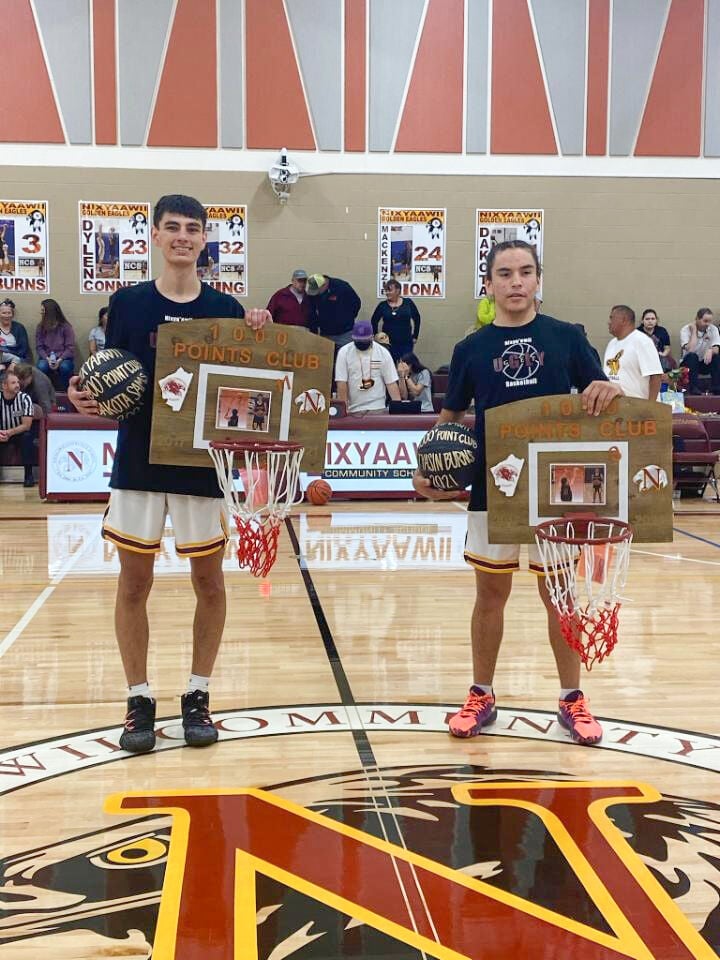 PENDLETON — The Pendleton girls swim team blew the competition out of the water at the Pendleton Aquatic Center on Thursday, June 10.

“We have 22 girls out, and every girl earned points,” Pendleton coach Tony Nelson said. “For our first meet of the season, it went really well. It’s been tough with so many pools being closed.”

The 200 medley relay team, comprised of Cramp, Paige Pitner, Kyndra Nelson and Alara Campbell, finished first in a time of 2:23.44.

Also posting a win was the 400 free relay team of Finley Kennedy, Tatum Paullus, Grace Pitner and Campbell, which clocked a 5:10.31.

In the boys division, Redmond won the day with 403 points, with Pendleton second at 333.

The top race of the day for the Bucks was the 100 breaststroke, where Cahill Robinson won in a blistering time of 1:16.50.

“We only have eight boys‚ but everyone showed up and worked really hard,” Nelson said. “It showed today.”

The Lions jumped out to a 22-1 lead after the first quarter behind 16 points from Danny Dickinson.

Kennewick led 31-17 at the half and never looked back.

NIXYAAWII 84, POWDER VALLEY 45 — The Badgers had no answer for Tyasin Burns, who scored 32 points to lead the Golden Eagles to a nonleague win on a night he and Dakota Sams were honored for eclipsing the 1,000-point mark for their careers.

Sams added 22 points for Nixyaawii, which improved to 8-1 on the season.

Powder Valley trailed just 22-21 at the end of the first quarter, but were outscored 17-3 in the second and 23-7 in the fourth quarter as Nixyaawii showed no mercy.

HEPPNER 67, RIVERSIDE 51 — Jayden Wilson poured in a career-high 33 points, and hauled down 18 rebounds to lead the Mustangs to a nonleague home win over the Pirates.

Heppner led 46-42 after three quarters, then went on a 21-9 run in the fourth quarter to close things out.

WESTON-MCEWEN 63, GRANT UNION 53 — The TigerScots (4-6) used a 22-11 run in the first quarter to set the tone for their Blue Mountain Conference home win over the Prospectors.

Blane Peal scored 11 of his team-high 14 points in the first half for W-M, while Levie Phillips had eight of his 12 points in the second half.

KENNEWICK 49, HERMISTON 39 — On a night she was honored for surpassing 1,000 career points, Maddie Gebers scored 24 points to lead the Lions to a Mid-Columbia Conference home win over the Bulldogs.

The Lions led 16-15 after the first quarter, and 31-18 at the half after holding Hermiston to just three points in the second quarter.

GRANT UNION 38, WESTON-MCEWEN 30 — Lauryn Pettyjohn scored all 11 of her points in the second half to lead the Prospectors to a Blue Mountain Conference road win over the TigerScots.

“We led at times, but in the second half we struggled to find an offensive rhythm,” W-M coach Jeff Griggs said. “I am proud of our spunk and effort in a physical matchup.”

HEPPNER 40, RIVERSIDE 25 — The Mustangs ran their season record to 7-0 with a nonleague win over the visiting Pirates.

For Riverside (2-6), Layla Castillo and Marta Barajas each had seven points.

STANFIELD 24, IRRIGON 18 — The Tigers used a 10-2 run in the fourth quarter to rally for a nonleague home win over the Knights.

Irrigon led 16-14 after three quarters, but Alexis Shelby and Jennifer Flores scored four points each in the final quarter to help secure the win.

NIXYAAWII 41, POWDER VALLEY 36 — Sophie Bronson had a game-high 17 points to lead the Golden Eagles to a nonleague home win over the Badgers.

Both teams scored 24 points in the second, but Nixyaawii’s 17-12 lead at the half proved to be key.

Adilia Hart and Sistine Moses each added six points for the Golden Eagles (6-4).