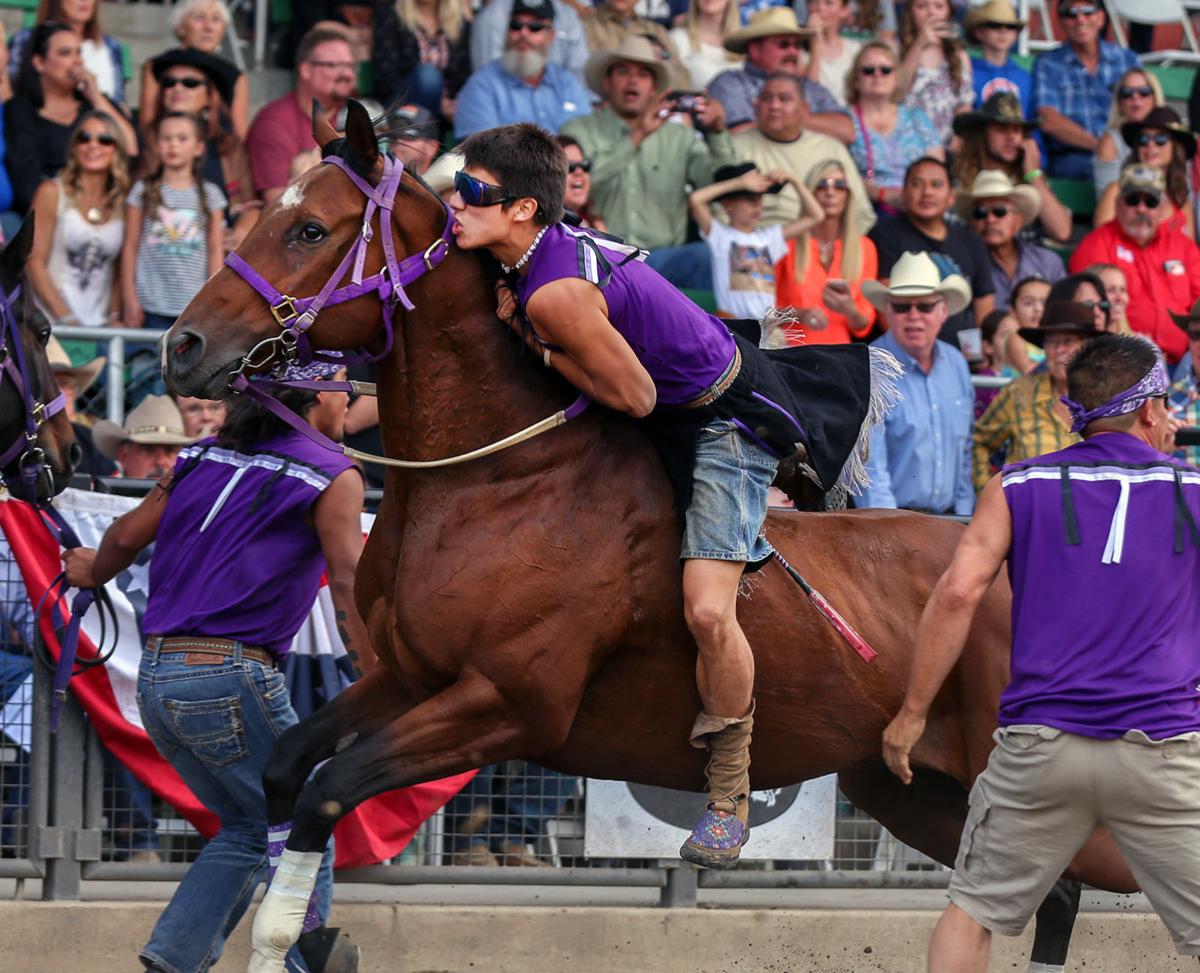 Staff photo by Kathy AneyScotty Abrahamson, rider for the Abrahamson team, changes mounts during Saturday's Indian Relay finals as his team members hustle to mind the other horses. 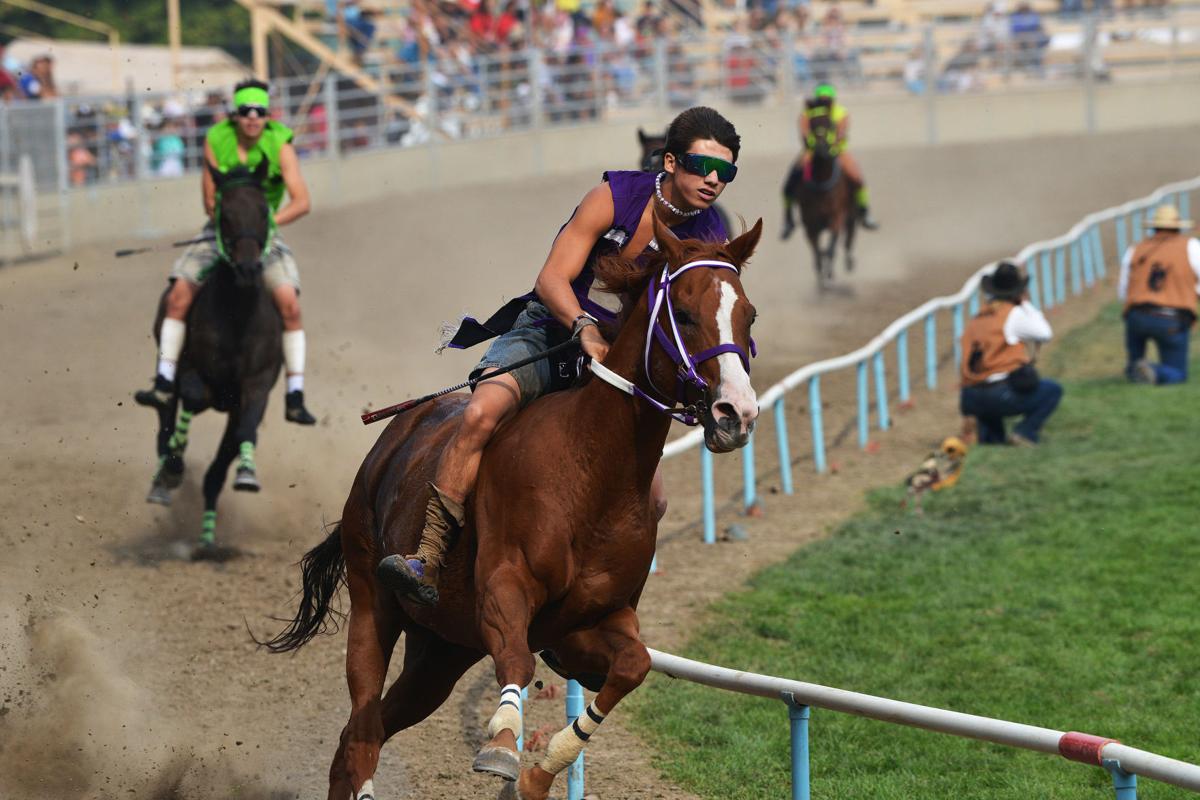 Staff photo by E.J. HarrisTeam Abrahamson of the Colville tribe out of Omak, Washington, takes an early lead in the second heat of the Indian Relay race on Wednesday at the Pendleton Round-Up.

Staff photo by Kathy AneyScotty Abrahamson, rider for the Abrahamson team, changes mounts during Saturday's Indian Relay finals as his team members hustle to mind the other horses.

Staff photo by E.J. HarrisTeam Abrahamson of the Colville tribe out of Omak, Washington, takes an early lead in the second heat of the Indian Relay race on Wednesday at the Pendleton Round-Up.

PENDLETON — During performances on Wednesday and Thursday, rider Scotty Abrahamson and his Abrahamson Indian Relay race team dominated the competition.

The team won both of their heats with ease to secure a spot in Saturday’s final race, looking to win the Round-Up title for the second straight year. To do so, Abrahamson, from the Colville Tribe in Omak, Washington, would have to take down three other teams from his Colville Tribe — Arrow Lakes, Omak Express and Northwest Express.

“All the races at home we all compete against each other and make each other better, I guess,” Abrahamson joked.

But as they’ve done all week, Abrahamson ran three clean laps with two quick and clean transitions as they sprinted to their second straight victory at the Round-Up, earning a trophy buckle, and embroidered championship jacket and a bottle of Let’er Buck cologne for each team member. Abrahamson finished the first lap in second place as Northwest Express got the quicker start off the shotgun start and held on to the lead. But with the quick transition Abrahamson took the lead and never relinquished it, though the last lap did get a bit hairy.

A missed transition from one of the teams prior to the third lap resulted in a horse breaking free and running towards the incoming racers on the track on the west end of the arena. Abrahamson acknowledged that seeing the horse running straight at him made him quite nervous on the final lap.

“I’ve seen it before where the horse hits a rider and pretty much ruins the race, so I was thinking ‘Don’t hit the horse, don’t hit the horse’ when I saw him,” Abrahamson said. “I just turned to the rail and hoped the horse went to the outside, because when I came around the corner, the horse is looking right at me and looks like its aiming for you.”

But Abrahamson was relieved that the horse missed him and allowed him to cross the finish line safely, and in first place.

“Our team’s been doing good all year and they deserve it,” he said. “Our horses are good, the team’s good and we have the best help around. This one felt good to win.”