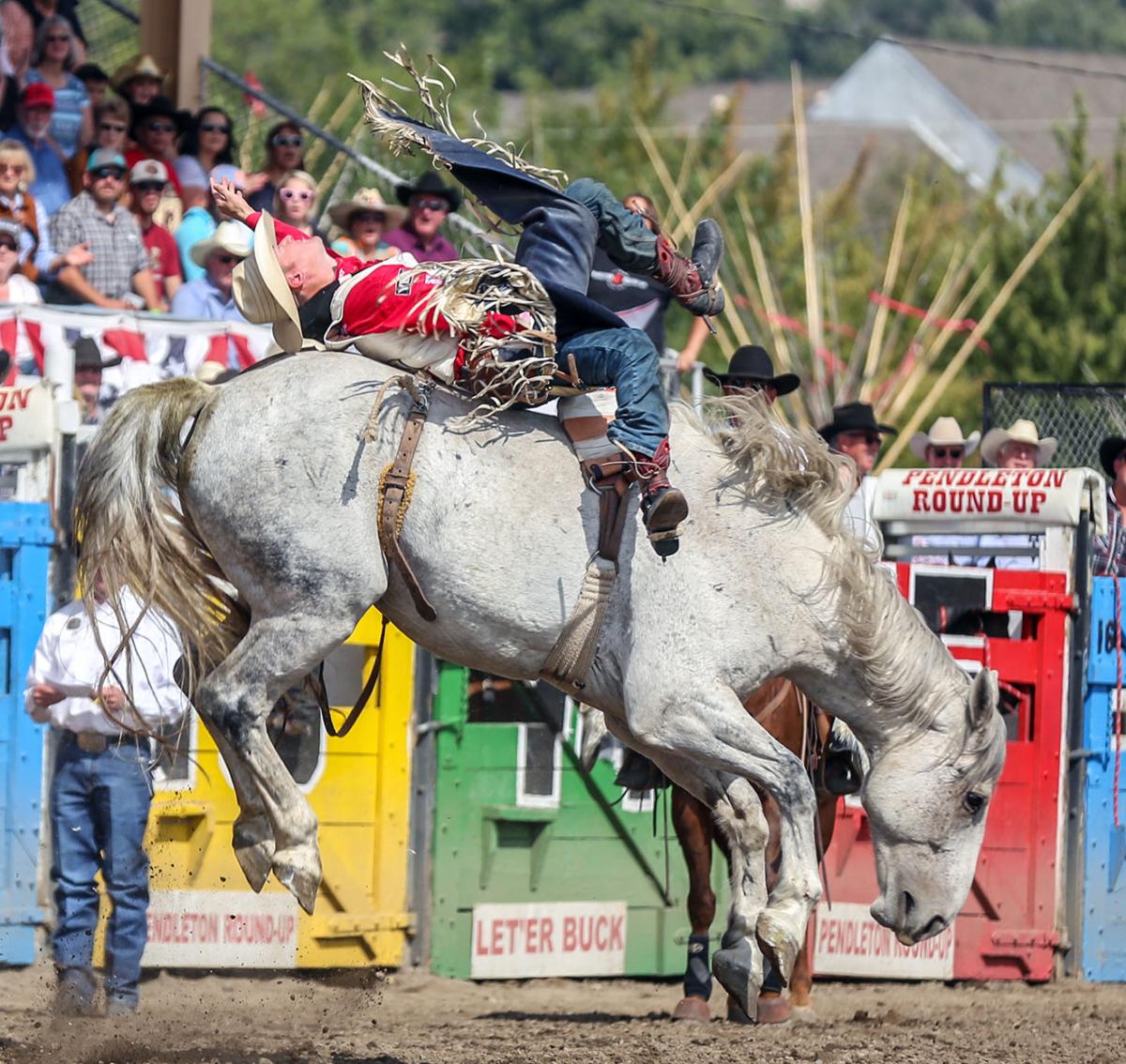 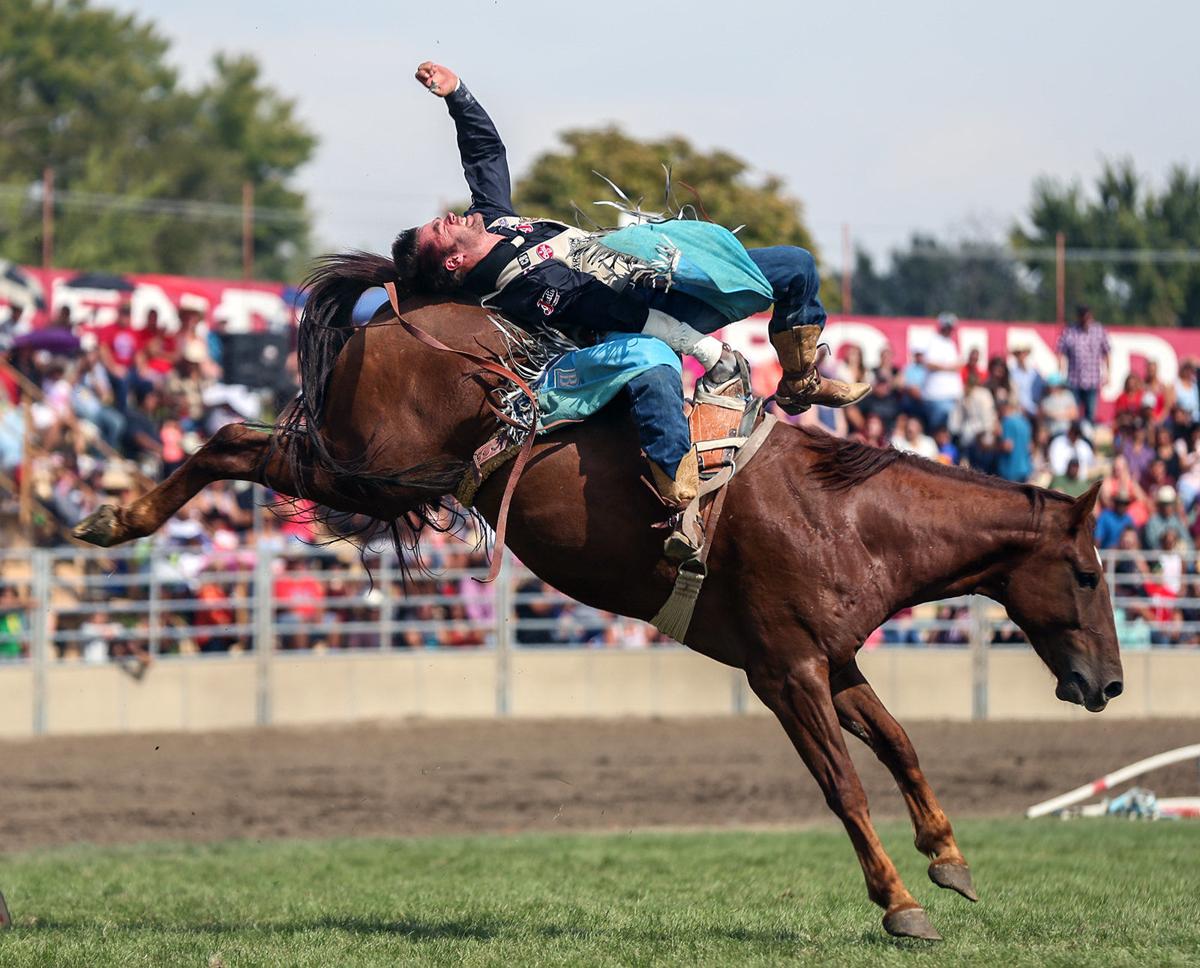 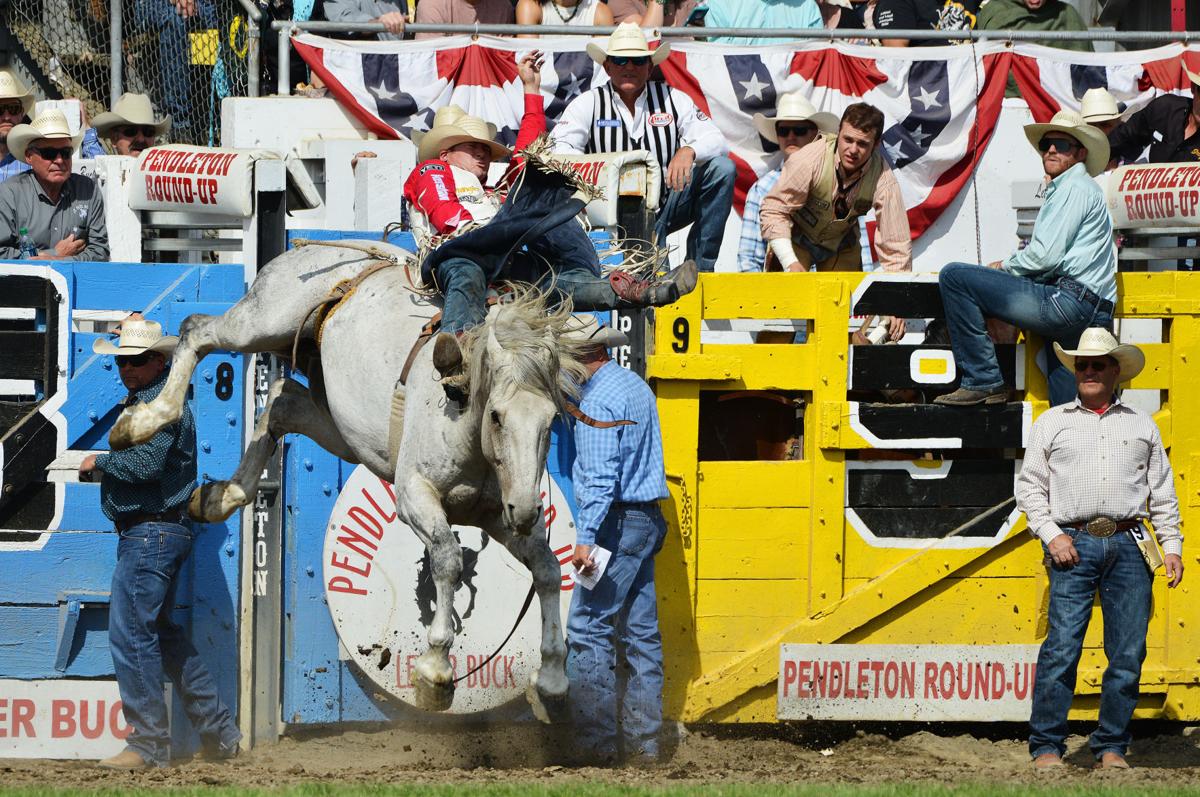 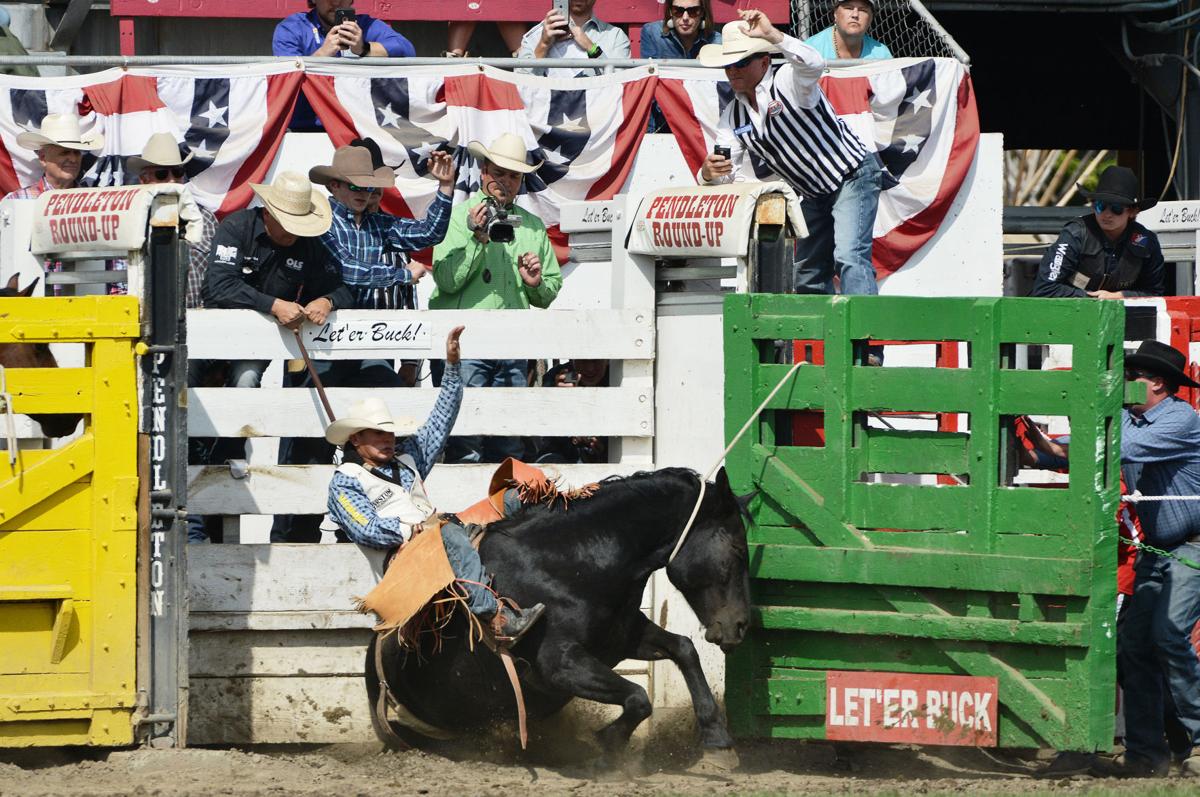 He drew Wayne Vold Rodeo’s Mucho Dinero ­— a horse that had previously beat him.

“One year at Calgary in the four-man I was 91 and I thought I was going to win Calgary,” Peebles said, “but Kaycee Field was 92 on that horse and beat me out. I have always wanted to get on that horse ever since.”

Peebles took full advantage on the back of Mucho Dinero, and scored an 89.5 in the final round. His average of 168.5 points was just enough to edge out Jake Vold, who was a heavy favorite.

The competition was stiff, as only three of the riders who lasted the full eight seconds scored below an 80. Peebles was the fourth rider out of the bucking shoots, and followed an 83 point go from Devan Reilly and an 80 point ride from Steven Dent. However, once Peebles finished his ride is was obvious that no one else’s score would matter as both he and the horse looked perfect moving from the dirt to the grass infield.

He’s no stranger to Pendleton, but the Redmond native and previous Round-Up champion still has a hard time explaining how much it means to win in this arena.

“Indescribable,” he said. “It never gets old winning this. This is so cool. This has always been the rodeo I want to win again. It’s starting to kind of come down to the end of my career here and it’s getting a little more emotional.”

With age but mostly injury playing a factor in Peebles’ year, he didn’t start riding until the end of spring and he didn’t start qualifying until July. He describes it as one of the worst years in his career.

“I was getting pretty down about it but this dang sure lifted my chin right up,” Peebles said.

Winning at the Round-Up takes luck, skill, and for Peebles some home-state support.

“It’s pretty neat to win this in my home state,” he said. “It’s a dang near a backyard rodeo for me. I know quite a few people in them stands and it’s a pretty good honor to win the Pendleton rodeo in front of every body.”

Along with a trophy saddle made by Severe Brothers Saddlery of Pendleton, Peebles took home an official championship trophy, a pair of cowboy boots handcrafted in the states, a custom embroidered leather jacket and Pendleton wool blanket, plus more.