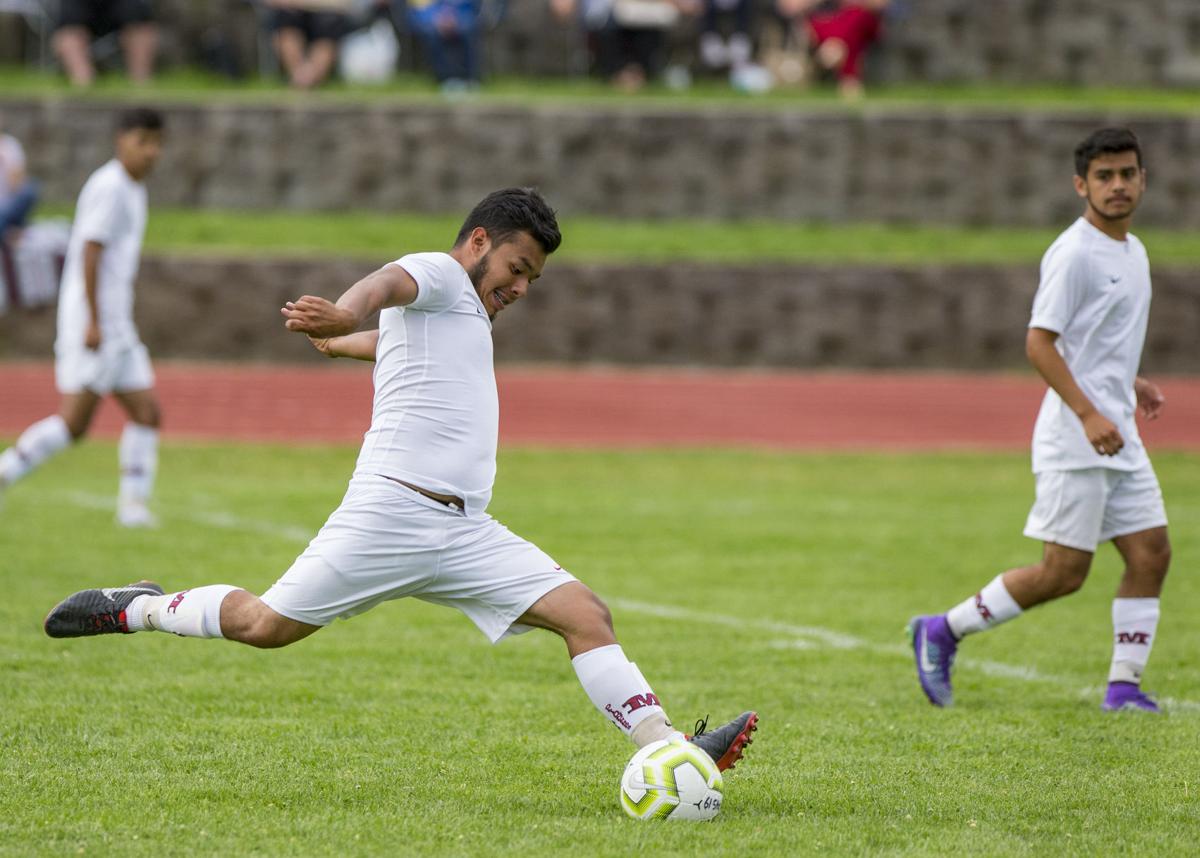 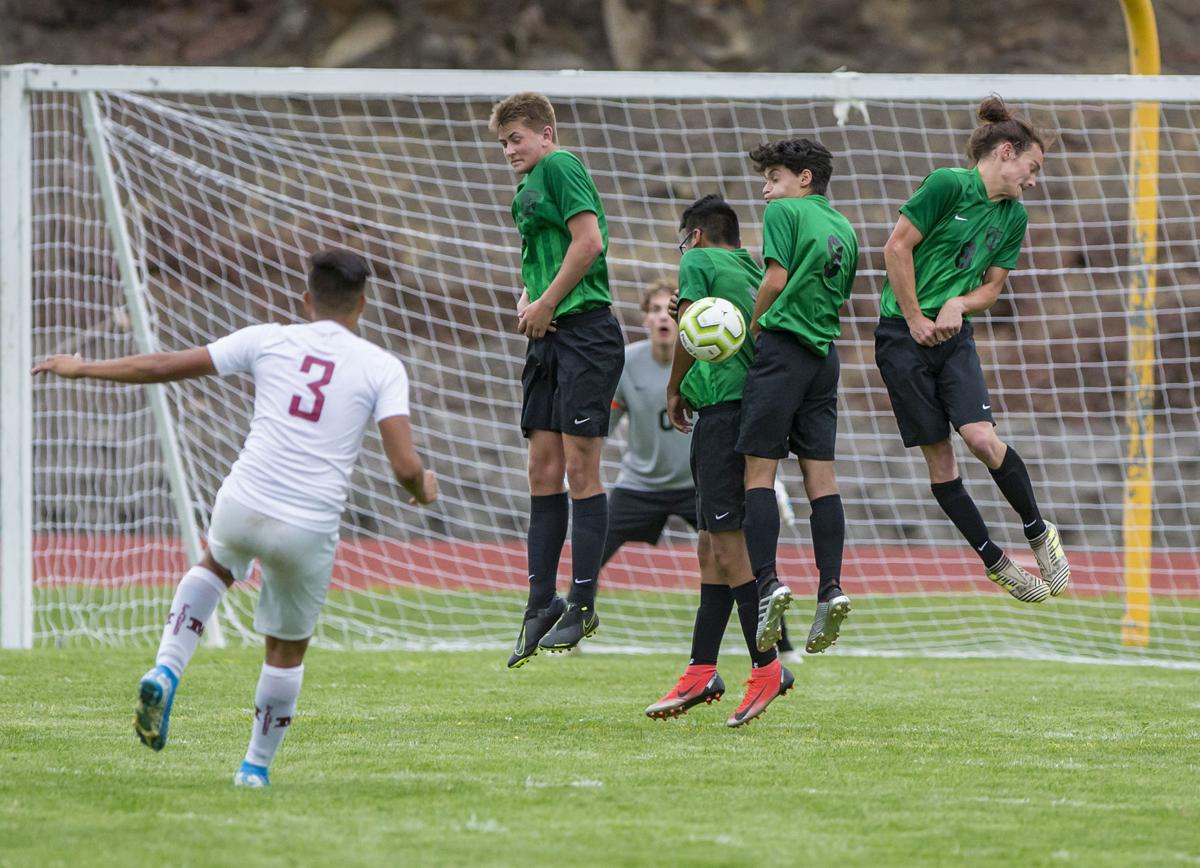 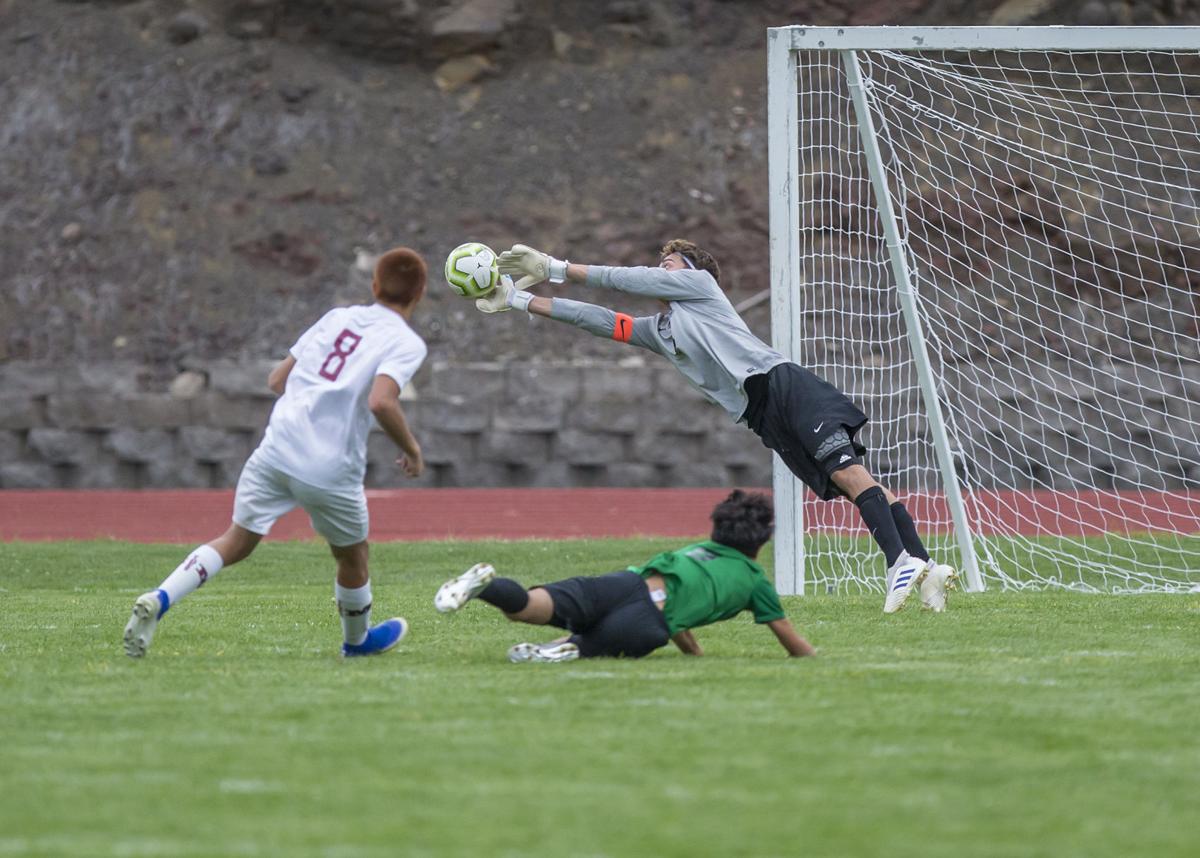 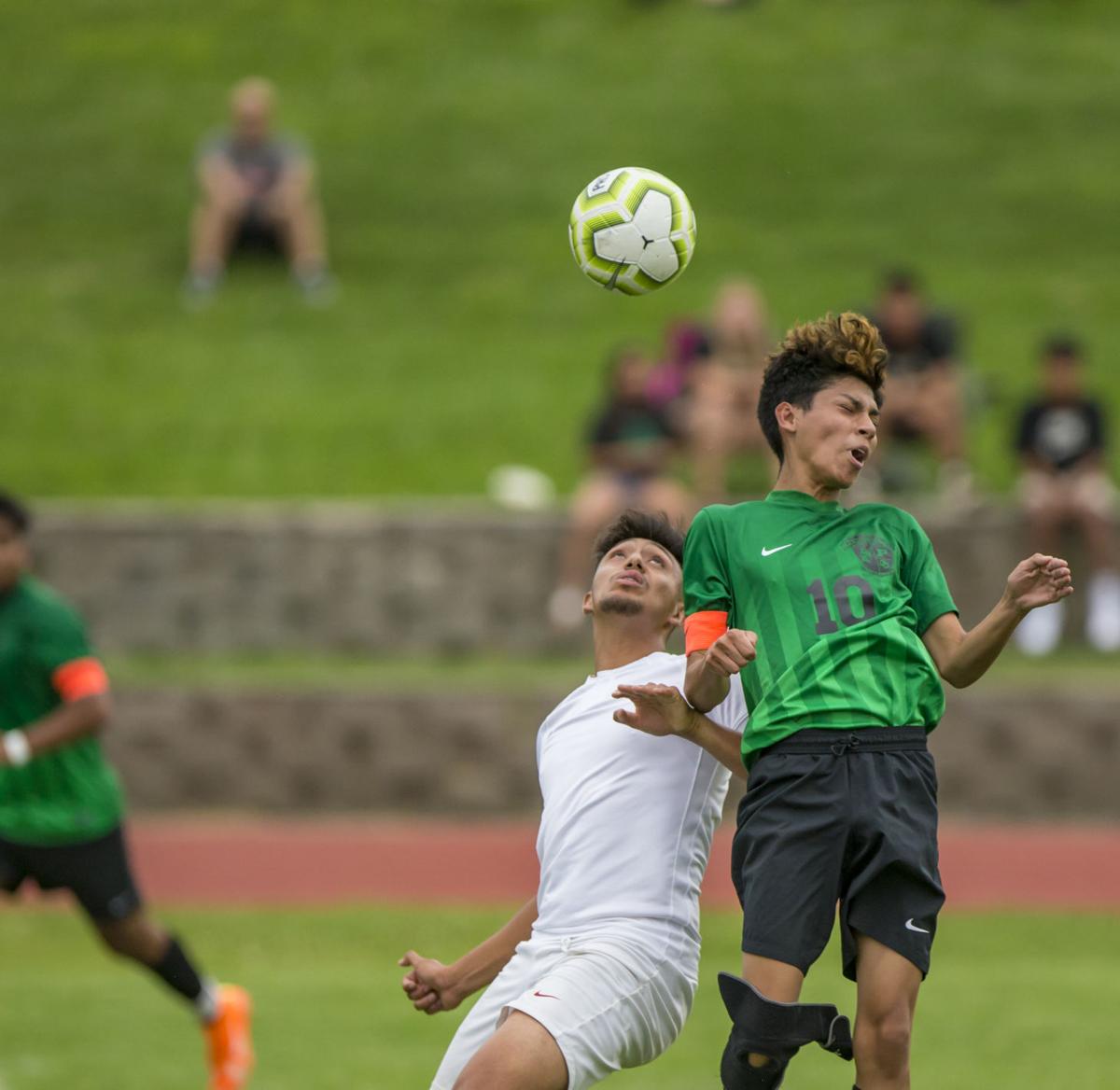 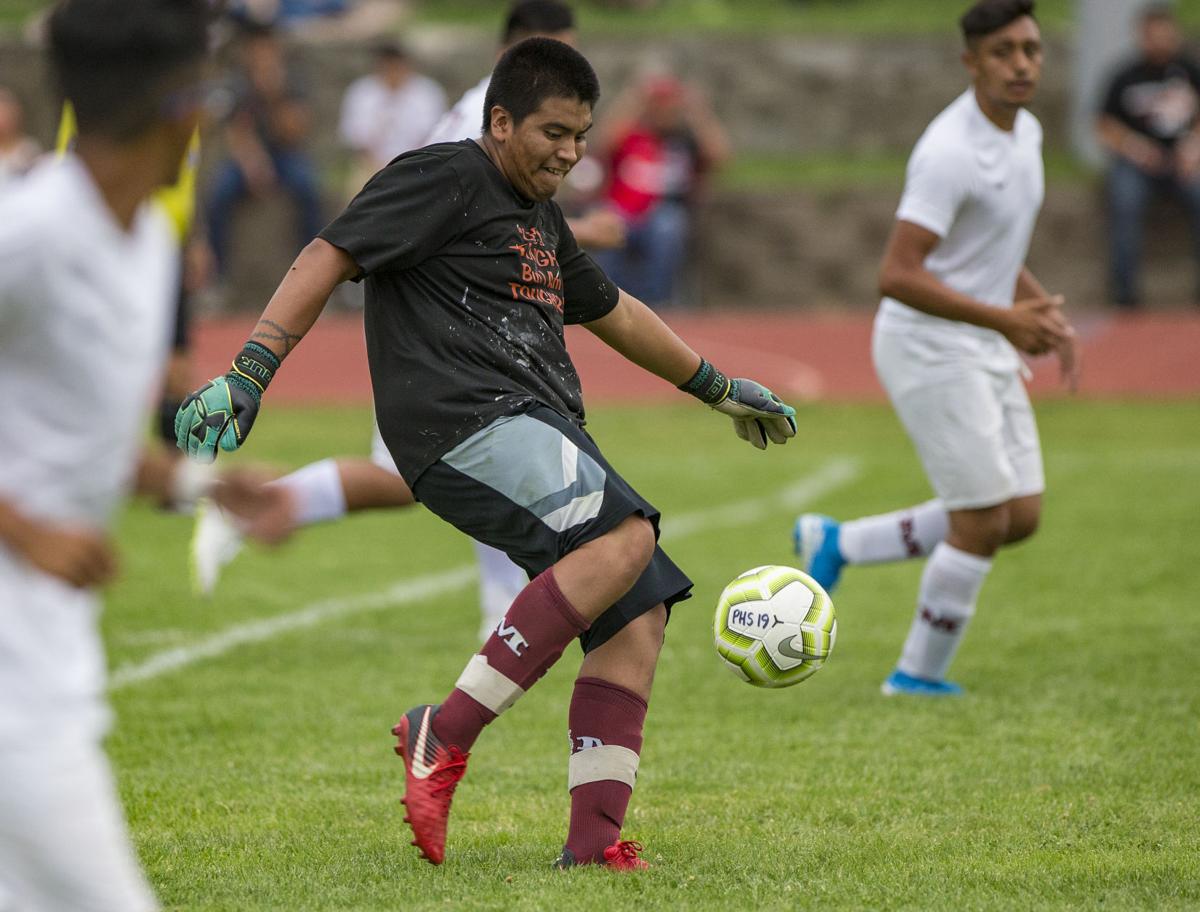 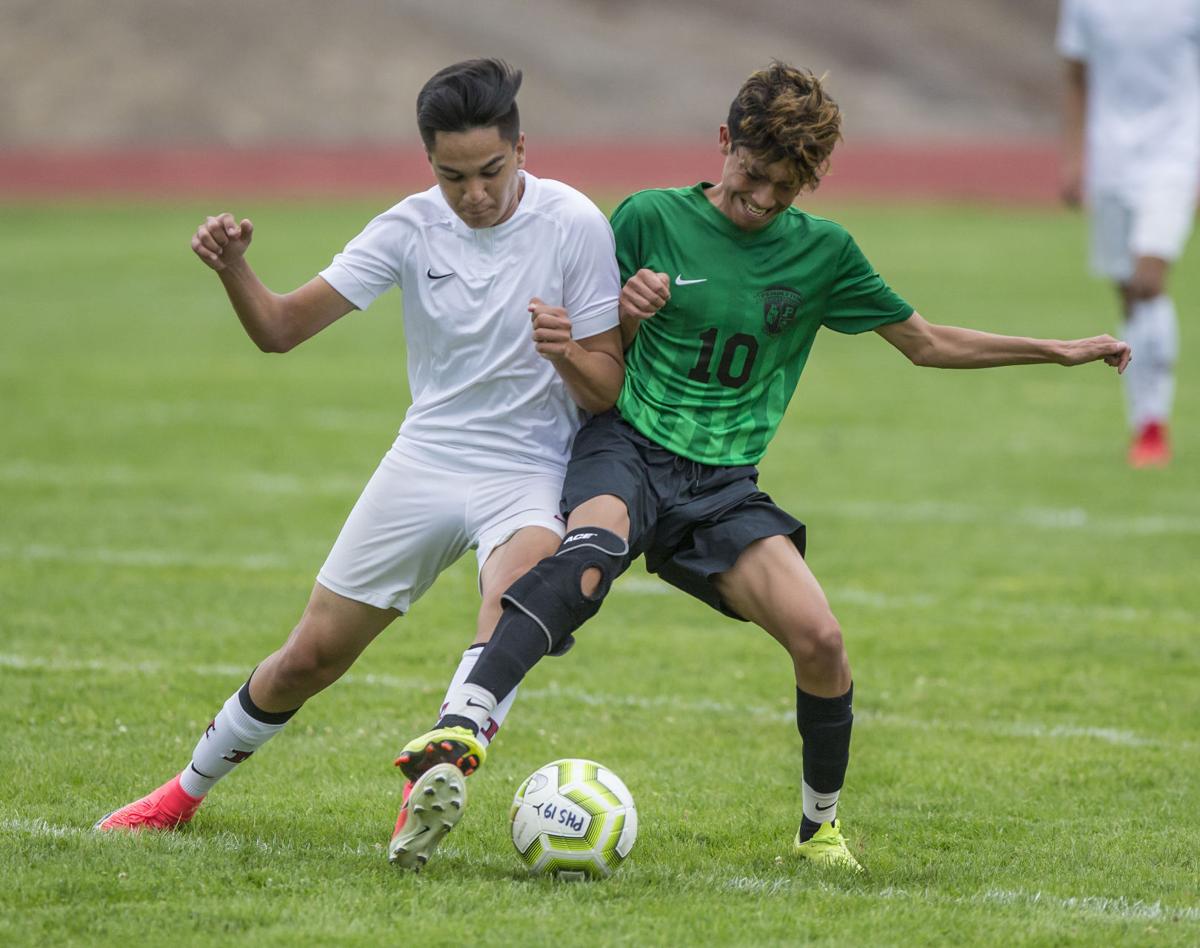 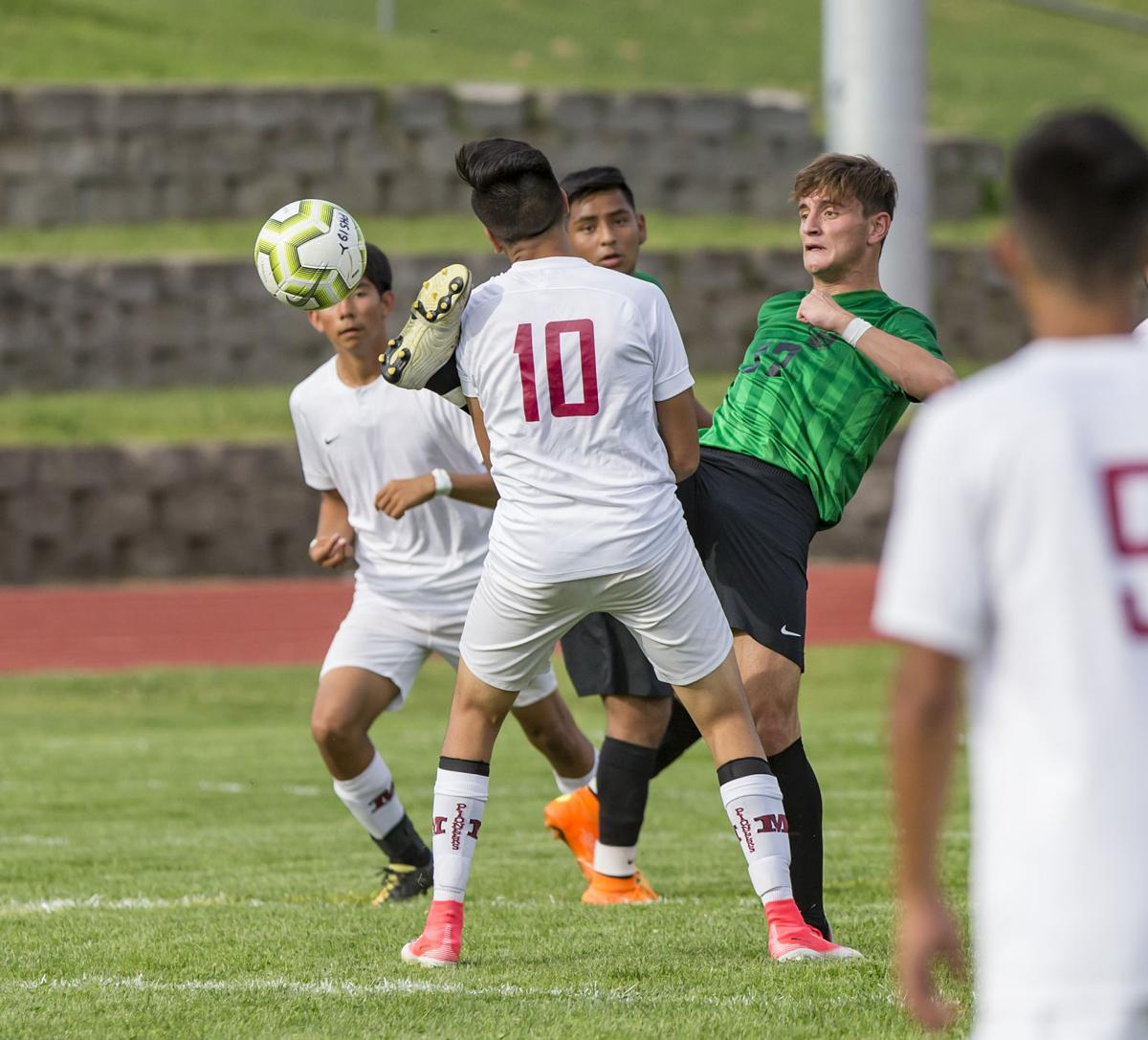 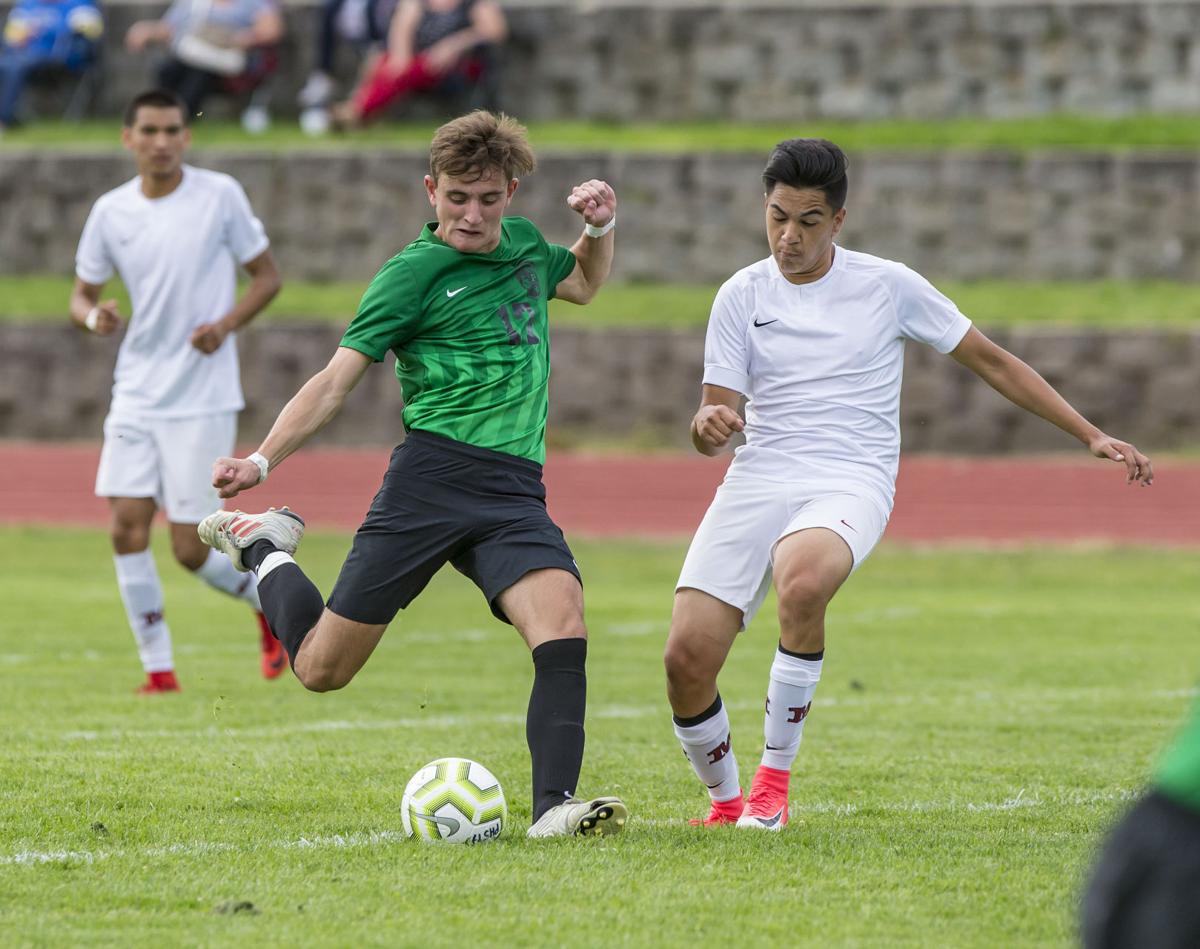 PENDLETON — The Buckaroos may have rallied back in the second half, but Ronaldo Garcia had already handed them too great of a deficit to overcome.

The junior midfielder scored two goals in the first half to help the 4A McLoughlin High School take down the 5A Pendleton on the Bucks’ turf 4-2 in a nonleague boys soccer match on Thursday.

“I’m very impressed with the way he’s playing right now,” Pioneers head coach Jose Garcia said of Castillo. “He’s a hard worker and a team captain. He’s very dependable and willing to give anything for his team.”

The ball stayed dangerously close to Mac-Hi’s net in the opening five minutes, but Castillo put the Pioneers on the board early, sending a goal into the bottom left corner of the net at 32:24.

Pendleton senior keeper Andrew Wolotira knocked down three more saves before incurring a yellow card for impeding play. It was then that the Pioneers notched their second goal of the game when Francisco Flores scored on the ensuing penalty kick in the 19th minute.

“Mac-Hi is a quality program. They always are,” Pendleton head coach Alex Erazo said. “They’re disciplined with every touch and pass. They pushed us.”

Pendleton junior Ty Beers had a shot on goal a minute later, but Pioneer keeper Cristian Castillo got the save to keep the Bucks scoreless.

Ronaldo Castillo found time to send another ball hurtling into Pendleton’s net with just 2:20 left in the first half. The Pioneers held onto the 3-0 lead by the buzzer.

“We’ve been working hard at playing better together as a team,” Castillo said. “We’re getting there. We just had to keep playing as a unit, and we did that.”

The Bucks sprang to life in the second half. Just 10 minutes in, junior forward Curtis Simons and junior midfielder Juan Ortega had back-to-back shots on goal. Junior midfielder Jaime Mendoza finally connected with the net in the 58th minute to put Pendleton on the board.

The goal was assisted by junior midfielder Gabe Rodriguez, who followed up with a solo goal not two minutes later to cut their deficit to 3-2.

“At halftime, we got in the huddle and talked,” Rodriguez said. “We needed to start communicating and going 100% all the way.”

Rodriguez noticed a wave of renewed enthusiasm wash over his team after the consecutive goals.

But the Pioneers withstood the rally, and Bryan Flores posted his team’s fourth goal to keep them ahead with just five minutes left to play.

“We didn’t get to play teams like Mac-Hi last year,” Erazo said. “We’re making lots of progress. Coming out of the half, the boys realized that they shouldn’t be down 3-0. They pushed each other today.”