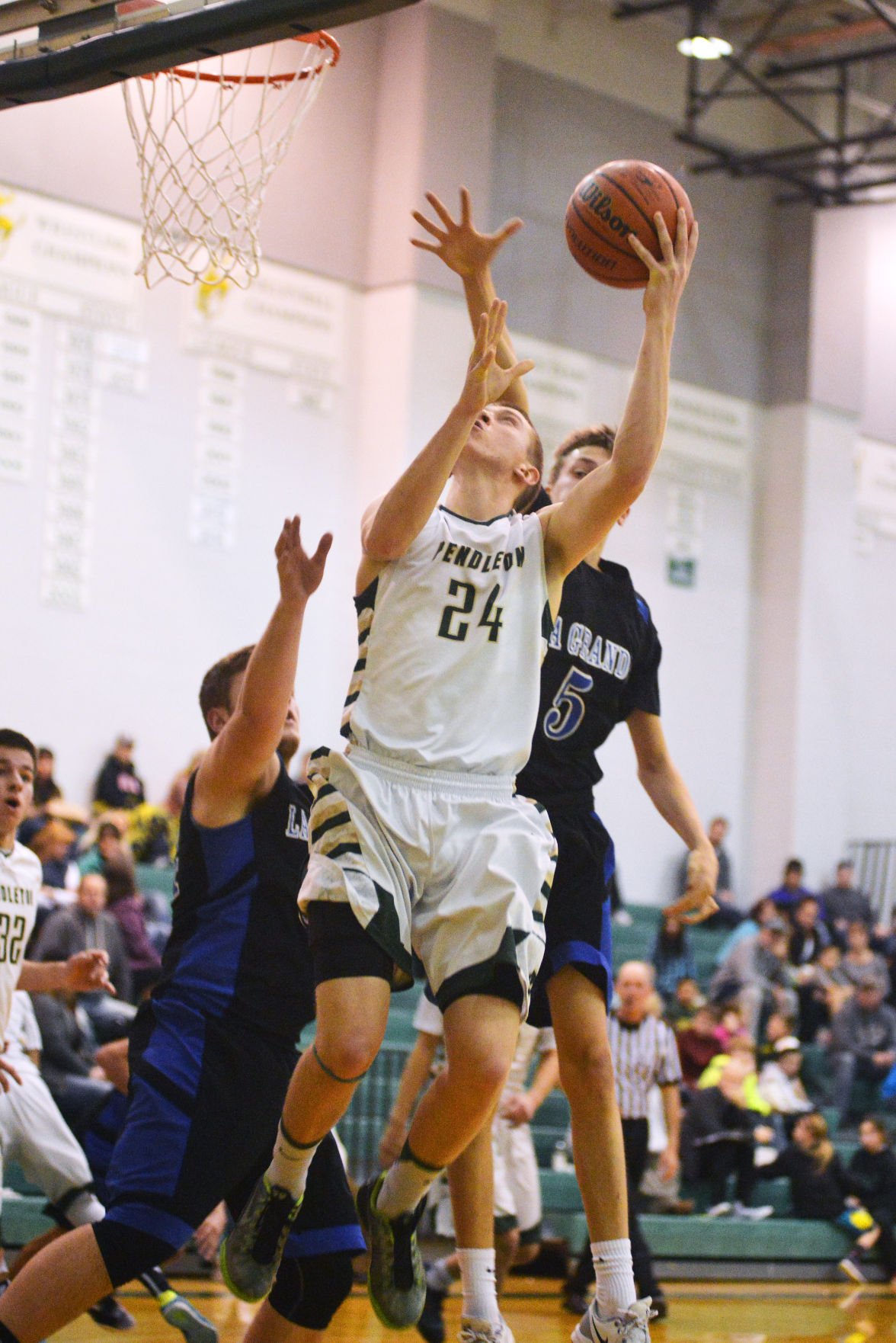 Staff photo by E.J. HarrisPendleton's James Bradt shoots the ball guarded by La Grande's Connor Brandt and Elias Siltanen (5) in the Bucks' 62-48 win against the Tigers on Thursday in Pendleton. 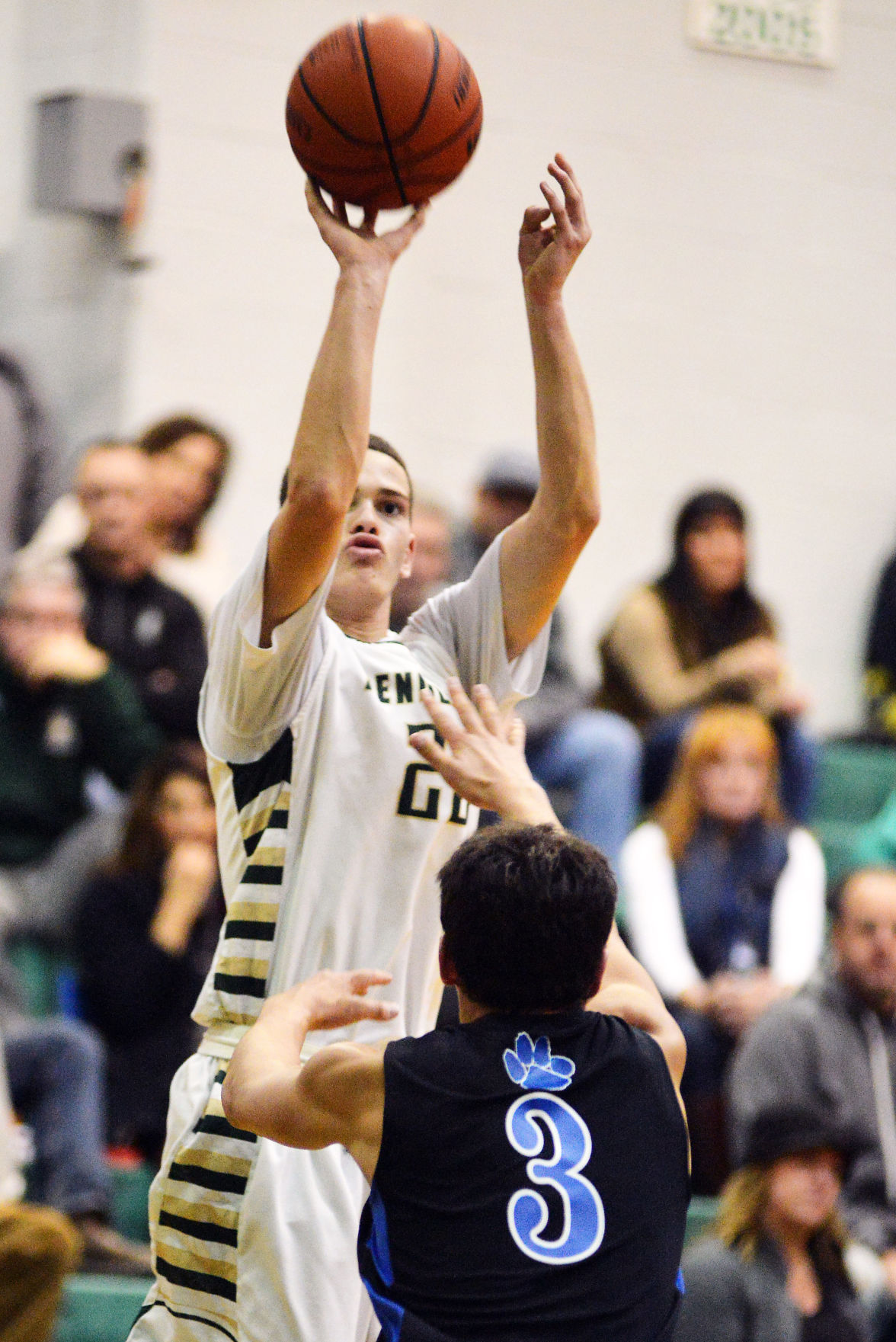 Staff photo by E.J. HarrisPendleton's Caden Smith shoots the ball over La Grande's Zack Jacobs in the Bucks' 62-48 win against the Tigers on Thursday in Pendleton. 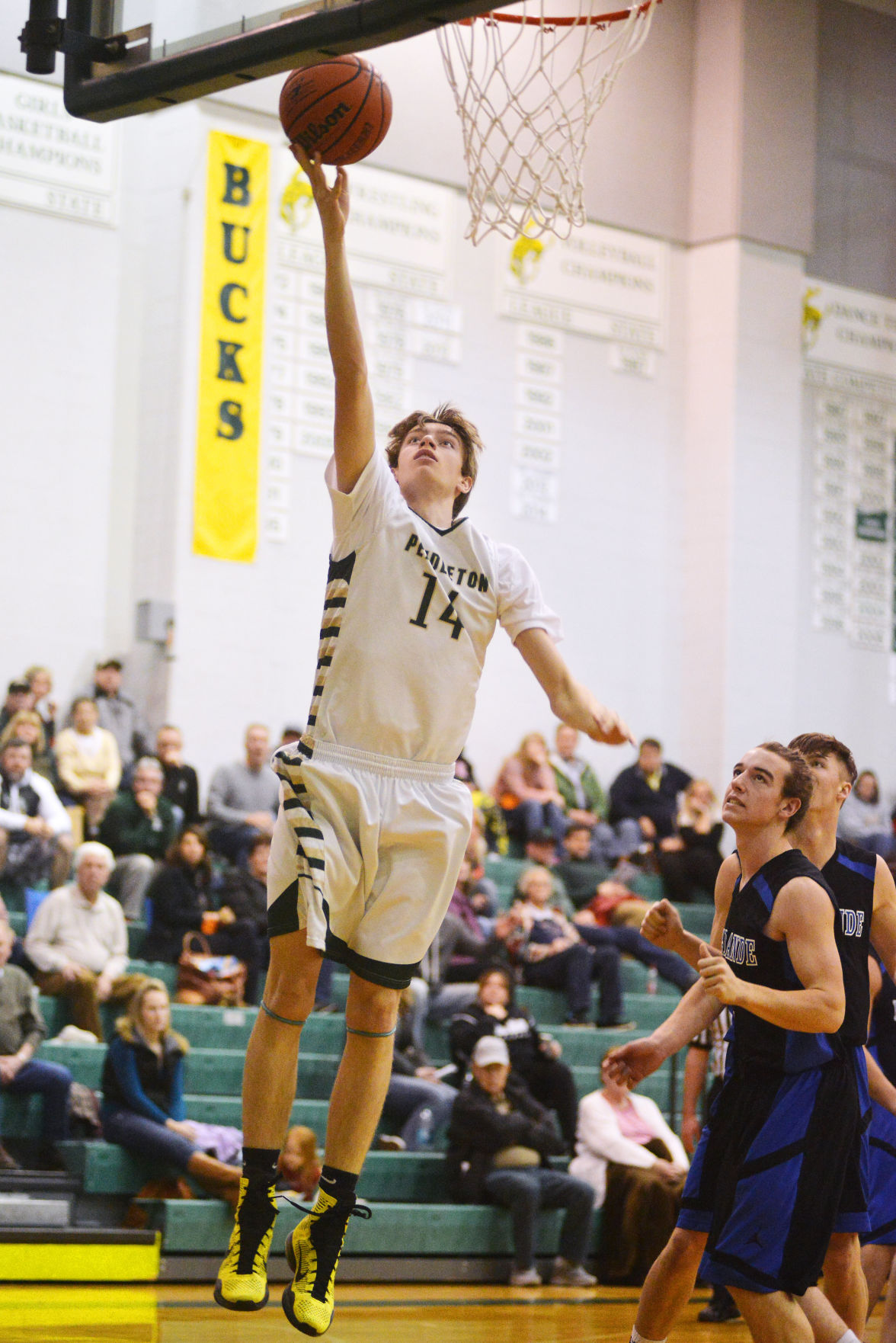 Staff photo by E.J. HarrisPendleton's Johnny Stuvland lays the ball in the Bucks' 62-48 win against La Grande on Thursday in Pendleton.

Staff photo by E.J. HarrisPendleton's James Bradt shoots the ball guarded by La Grande's Connor Brandt and Elias Siltanen (5) in the Bucks' 62-48 win against the Tigers on Thursday in Pendleton.

Staff photo by E.J. HarrisPendleton's Caden Smith shoots the ball over La Grande's Zack Jacobs in the Bucks' 62-48 win against the Tigers on Thursday in Pendleton.

Staff photo by E.J. HarrisPendleton's Johnny Stuvland lays the ball in the Bucks' 62-48 win against La Grande on Thursday in Pendleton.

“I always knew he was a scorer,” Tedder said. “I resonate with him as a player because that’s how I was. He’s a kid who loves to score, loves the game, and loves the spotlight.”

After starting the season buried in Pendleton’s bench rotation, Adams has since developed into a dependable scoring option for the Buckaroos, and Thursday night’s game against La Grande only emphasized that.

Adams buried six 3-pointers and finished with 20 points in the first half to help Pendleton to a 62-48 victory to finish up the team’s non-league slate.

“I’m feeling really good,” Adams said following the win. “A lot of the plays I have to be patient, let the offense run, and trust the offense, and that’s what I did.”

Tedder and the Buckaroo (6-6) coaches have been searching for a consistent No. 2 scoring threat behind Caden Smith, who scored 22 points Thursday, and over the last few weeks Adams has become just that. Adams has hit double figures in each of the last four games, helping the Bucks to wins in three of those four.

“He has been huge for us lately, and that’s what we need somebody to fill the void scoring wise and flat-out shoots the ball,” Tedder said. “It’s fun to watch and I just hope he continues to take shots and make them and we have to have that to be successful.”

Adams netted the Buckaroos’ first points of the game, hitting nothing but the bottom of the net on a long 3-pointer which set his rhythm in motion. He nailed one more 3-pointer in the quarter to help push the Bucks to an early 18-9 lead.

But in the second quarter, Adams took off. Over the eight minute period, he nailed four of five attempts from deep, including two that got the coaches smiling, the bench cheering, and the Pendleton students going crazy.

The first came with just less than two minutes game when Adams caught a cross-court pass about three feet behind the 3-point line, when he squared up, saw the space his defender gave him and put up a shot which ended with nothing but net.

The second shot came with a minute left in the half on a fast break off of a La Grande turnover. Adams caught a pass, turned around to look at the basket and threw up the shot without getting his feet set, but again it brought nothing but the bottom of the net. Afterwards Adams said that it was the best he’s felt in a game this year.

“It feels great when you’re in a zone like that,” he said. “You just want the ball as much as you can and get it at the rim. My coaches gave me a chance this year and I feel like I’m finally showing up.”

Overall, the first half for the Buckaroos was about as good of a half as the team has put together all season long. Pendleton shot an incredible 9-14 (64 percent) from 3-point range, and 5-10 from inside in the half and finished with 41 points.

Tedder was excited about the team’s effort and credited part of the start to the adrenaline the team had finally playing back in their home gym for the first time since Dec. 11.

“You can’t ask more of those kids,” he said. “It’s been seven straight games on the road and they were ready to play in front of friends and family again.

Smith finished the game on 8-16 shooting, and James Bradt finished with nine points to headline the Bucks’ scoring.

But as good as the first half was for Pendleton, the second half ended up a little sloppy.

The Buckaroos shot just 8-26 (30 percent) in the half and made only 1-12 from 3-point range. The defensive intensity also slacked a bit, slipping in rotations and allowing easy drives to the basket and plenty of open shots for La Grande, who outscored the Bucks 28-21 in the half.

“I just think we were a little flat,” Tedder said. “We talked about staying on the gas pedal at halftime, and I think we can get a little better at finishing games.”

Andrew Peasley led La Grande (2-5) offensively with 21 points — 19 of which came in the second half.

Pendleton was helped by a poor free throw shooting performance from La Grande in the game, as the Tigers made a mere 8-27 attempts. It includes a stretch from the second quarter until the midway point of the third quarter where the team missed 10-straight from the line.

In allowing those 27 attempts, the Buckaroos did not have their strongest defensive performance, which is one area the team will be cracking down on over the next week as they prepare for conference play beginning on Jan. 22 at Hood River.

“We need to work on defense and it’s gotta step up a lot more,” Adams said. “We’re really excited for league, though. We had a tough preseason so I think we’re ready to take on everything.”