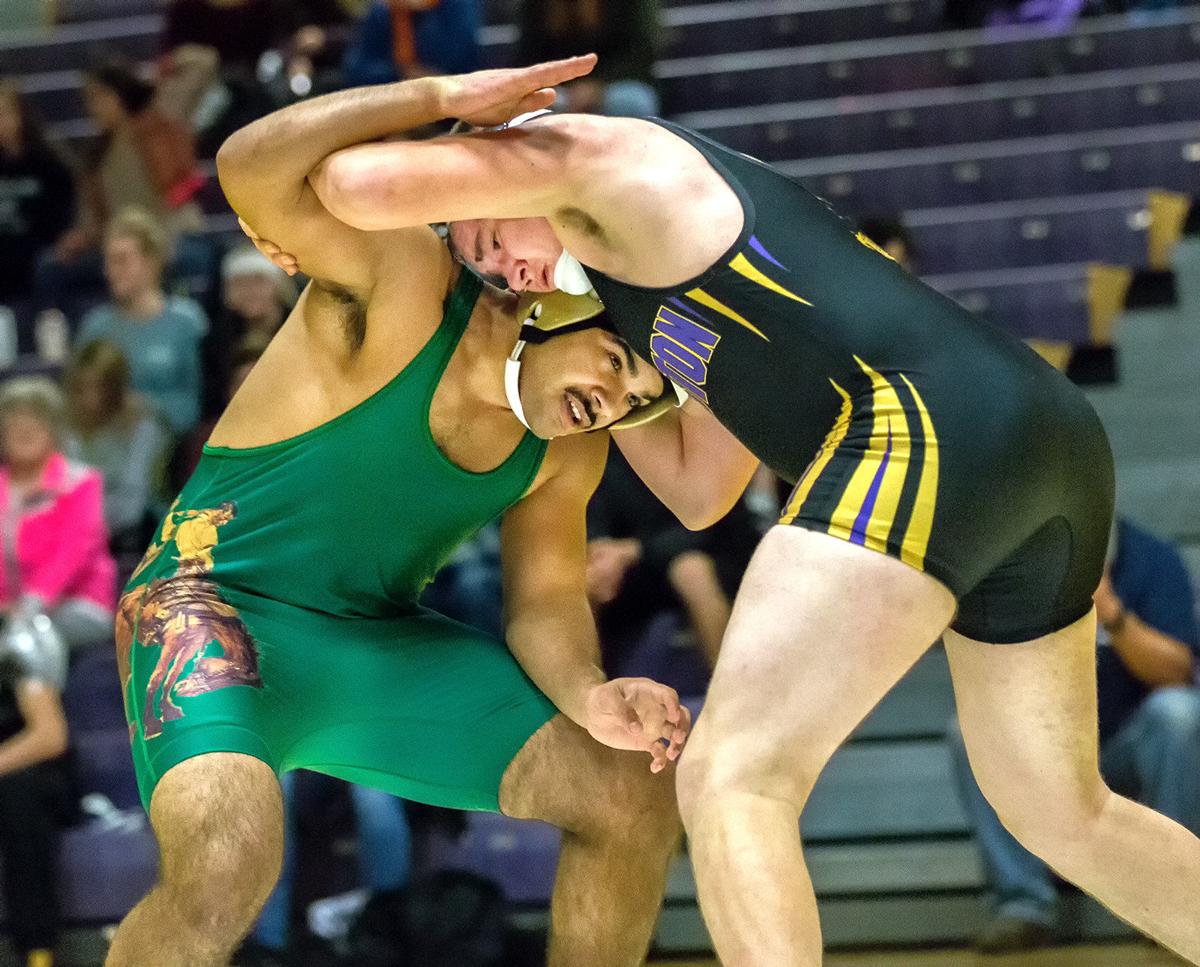 Staff photo by Kathy AneyJamal Vann, of Pendleton, wrestles Hermiston's Corey Mason to victory in the 220-pound class during Wednesday's dual meet at the Dawg House. 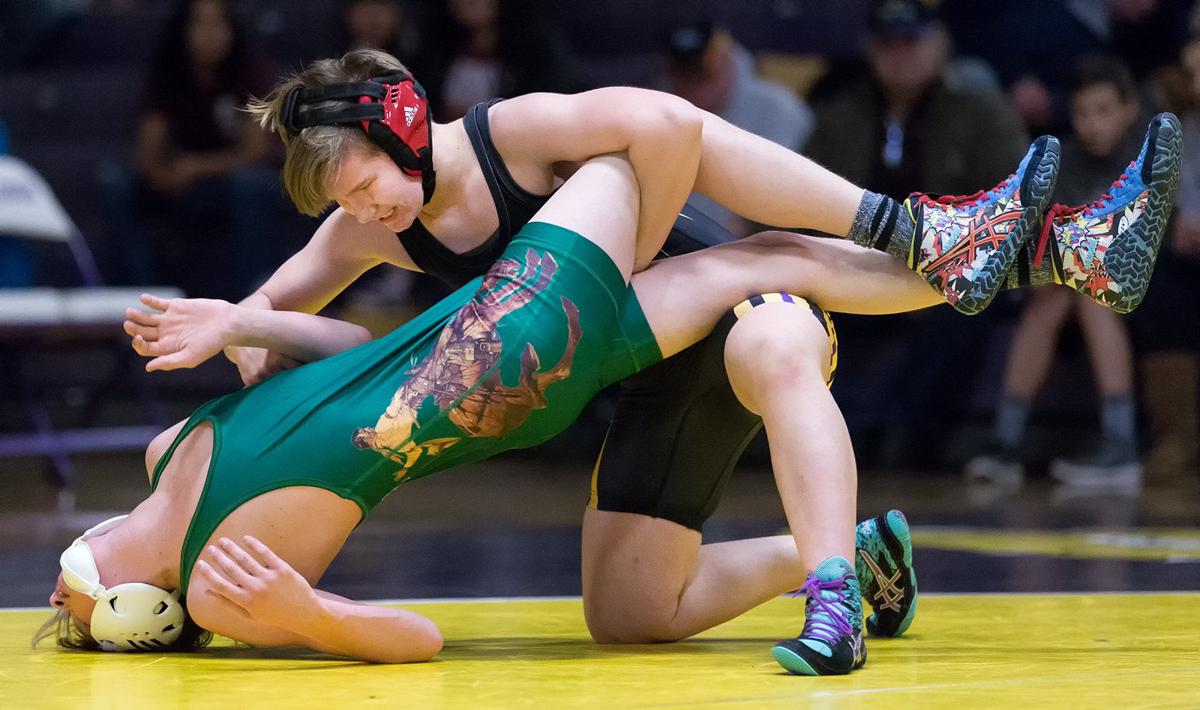 Staff photo by Kathy AneyHermiston's Alice Todryk gets the upper hand against Caleb Tremper, of Pendleton, in the 106-pound class during Wednesday's dual meet at the Dawg House. 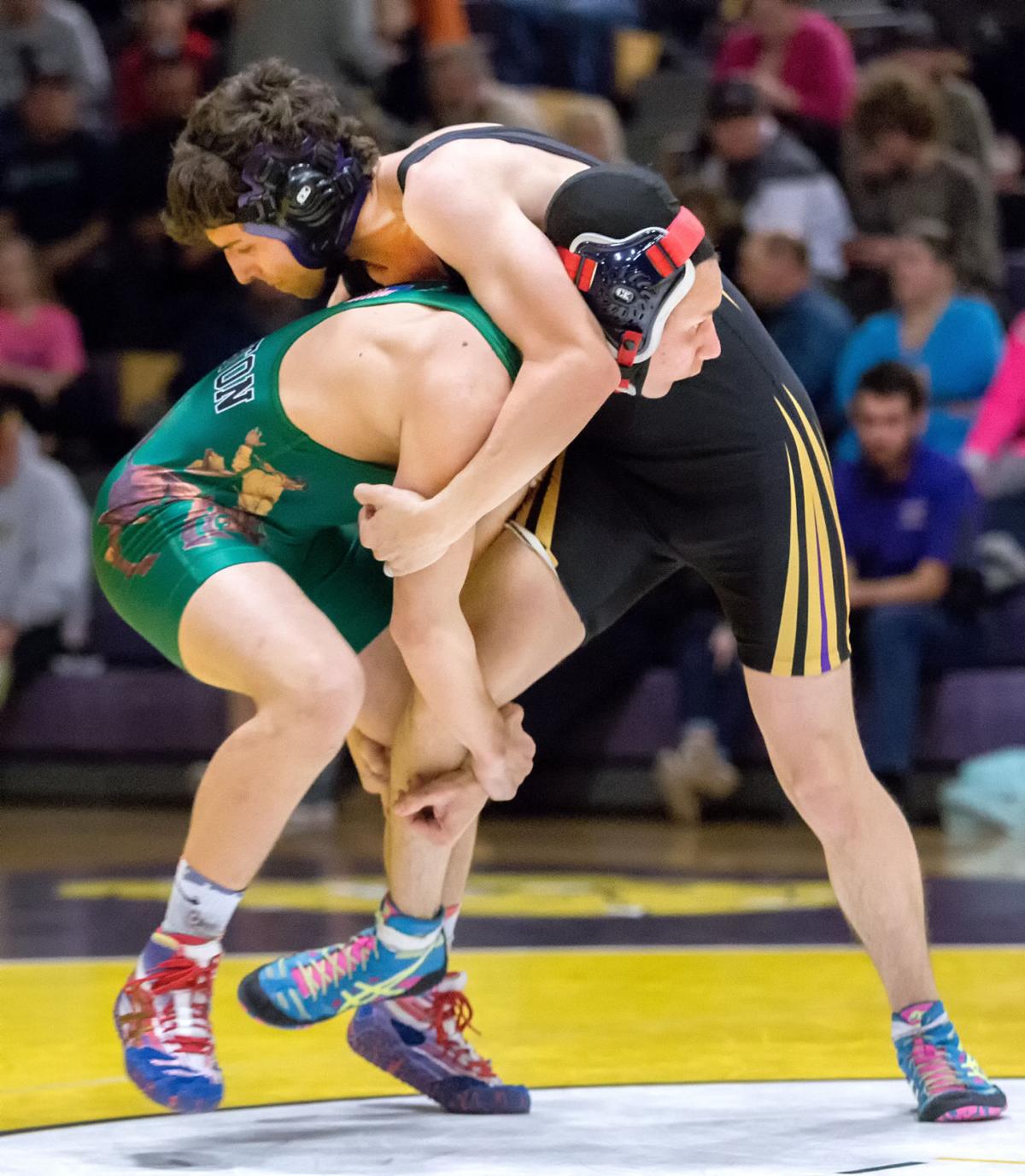 Staff photo by Kathy AneyAlex Rendon, of Pendleton, goes after Hermiston's Silas Smith in the 132-pound class and quickly pins him during Wednesday's dual meet at the Dawg House. 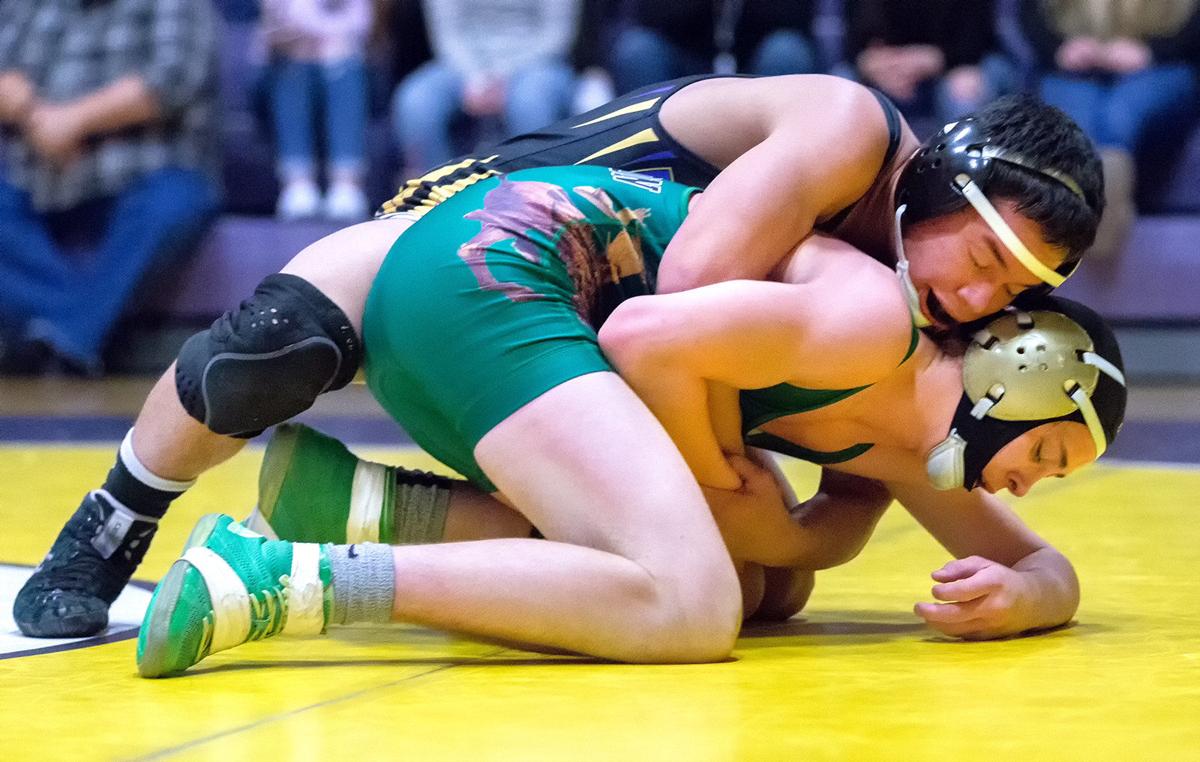 Staff photo by Kathy AneyJamal Vann, of Pendleton, wrestles Hermiston's Corey Mason to victory in the 220-pound class during Wednesday's dual meet at the Dawg House.

Staff photo by Kathy AneyHermiston's Alice Todryk gets the upper hand against Caleb Tremper, of Pendleton, in the 106-pound class during Wednesday's dual meet at the Dawg House.

Staff photo by Kathy AneyAlex Rendon, of Pendleton, goes after Hermiston's Silas Smith in the 132-pound class and quickly pins him during Wednesday's dual meet at the Dawg House.

HERMISTON — Hermiston wrestling coach Kyle Larson has no problem with running up the score. In fact, it’s preferable.

“From the beginning of the year clear to the end of the year, we want our guys to get on the mat and score as many points as possible,” he said following his team’s dual match against rival Pendleton on Wednesday at the Dawg House. “In dual meets bonus points are big. If we get pins, if we get technical falls, if we get major decisions we’re going to win dual meets and that’s what we preach in our room a lot.”

The Bulldogs raked in the bonus points Wednesday to knock off the Buckaroos 53-21, and won eight matches by pin or major decision. That came after a perfect 84-0 thumping of The Dalles that saw numerous forfeits and only five weight classes actually compete.

“I think we got out there and imposed our will,” Larson said. “I think we pushed the pace, scored a lot of points in all positions, top bottom and on our feet, so I think they did a good job.”

“We had some kids look really good out there tonight but we’re still a young team and it showed. The difference is that our kids hopefully understand, their kids in most of the matches they won were more physical,” he said. “You could just tell they looked bigger, more physical, stronger kids. And I think that cost us and that’s something our kids have to take a grasp on and take advantage of their (training and conditioning) classes because we need to get bigger and stronger if we’re going to run with the big dogs.”

Hermiston’s bonus points started accumulating in the first match when sophomore Alice Todryk beat Caleb Tremper 16-5 in the 106-pound weight class. She scored her first take-down 36 seconds into the match, but wasn’t able to gain much of an edge on the scoreboard until the third period when used leg holds to turn Tremper into a pair of near-falls. Tremper scored a reversal to make the score 11-5 with less than a minute left, but Todryk got the major decision with a reversal that led to a near-fall as the match ended.

“I felt that I had a little bit more pressure because I was the first one going, trying to set the motion going, but other than that I thought it carried well into the rest of the dual.”

Larson said he knew Todryk, who was starting in place of an ill Ruben Madrigal, would set the right tone.

“Alice is very mentally tough,” he said. “We know she’s going to fight and do her best and try hard, and she did tonight.”

The Bulldogs pushed their lead to 19-0 before Pendleton would get its first win of the night at 132 pounds, but Pendleton’s Alex Rendon was plenty physical while earning a quick pin.

When Hermiston’s Silas Smith moved in for lock-up, Rendon forcefully slapped his arms away and went right into a hard single shot for the take-down. Before Smith could react he was looking at the rafters and Rendon earned the pin after just 10 seconds for the night’s quickest win.

Jeff Novach earned a second-round pin for the Bucks in the next bout to make it 19-12, but that was as close as the Bucks would get.

The most action-packed match came at 152 pounds as Hermiston’s C.J. Hendon moved up a weight class to face Pendleton’s Scott Chambers.

Using a reactive style of wrestling called scrambling, both grapplers tumbled around the mat while trying to find a weakness to exploit.

The second round ended just before Chambers could score a take-down, but Hendon in the lead 3-2.

But Hendon ended it 14 seconds into the third period when he caught Chambers in a cradle and turned him for a pin.

Phillips said he and the coaches tried to warn Chambers.

“When he gets on top he’s got a lot of confidence,” Larson said, “and he tends to get what he wants and put the guy on their back kind of like he did with that cradle.”

Hendon said he knows opponents are expecting him to use the move, but he’s taken measures to make sure they’re not ready for it.

“There’s a lot of positions where I can hit it that most people aren’t used to it coming from, so that’s where it’s more effective than just your basic cradle,” he said.

The next four matches ended via first-round pin with three of those going to the Bulldogs. Joey Gutierrez secured the mathematical victory at 182 pounds when he used a half nelson to turn and pin Josh Mendoza in 1:10.

The dual closed out the league portion of the schedule for both teams, which will be at a tournament in Oregon City this weekend before returning to the Dawg House for the Special District 4 tournament on Feb. 10-11.

Larson said he’s hoping for an even better showing from the Bulldogs there.

“There was a couple weights in there that we didn’t win (Wednesday) and we’ll get back in the wrestling room and do what we have to do before the district tournament here in a couple weeks.”