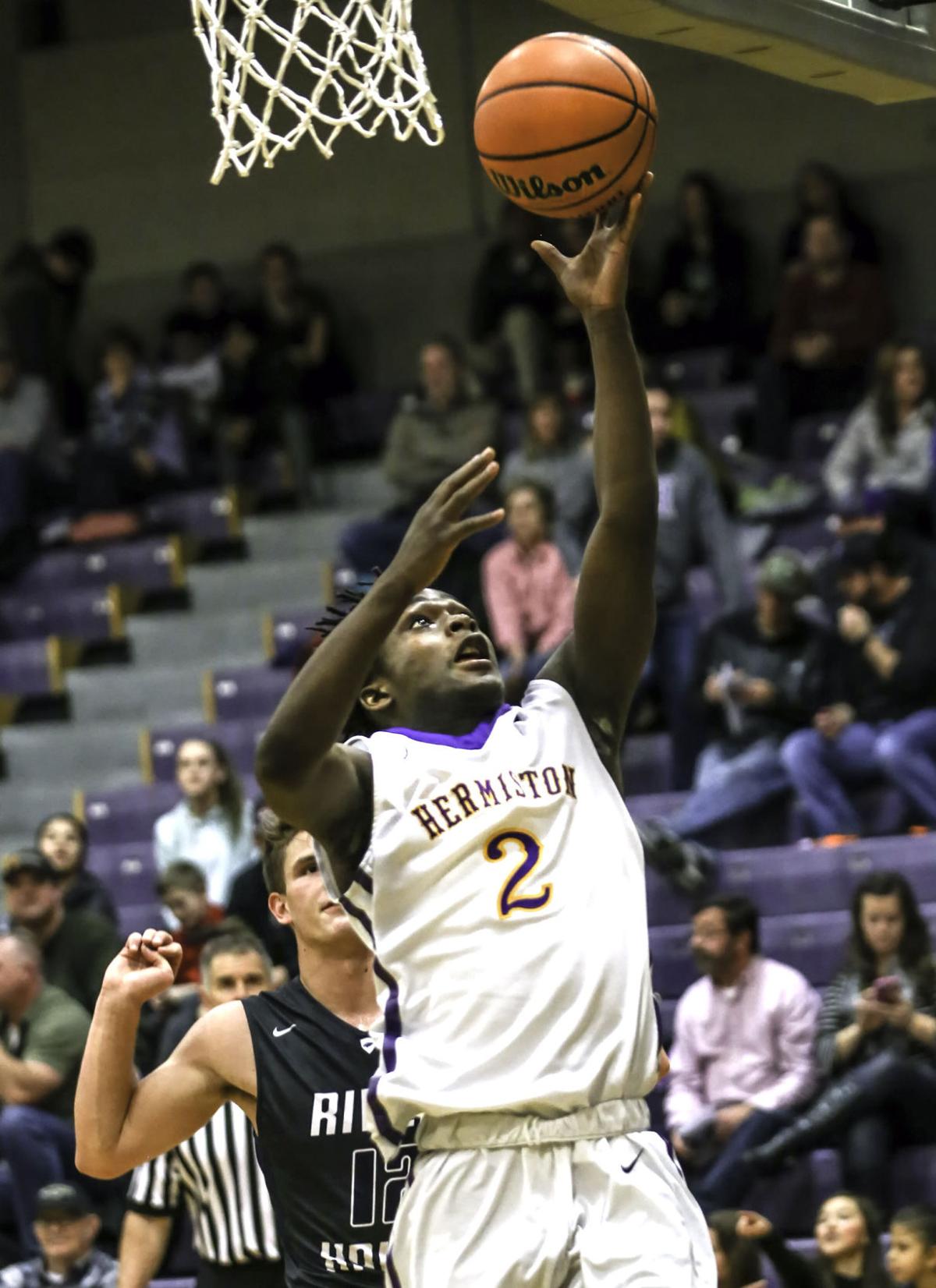 Hermiston's Andrew Earl (2) goes up for a shot during Friday's non-league game against Chiawans in Hermiston. 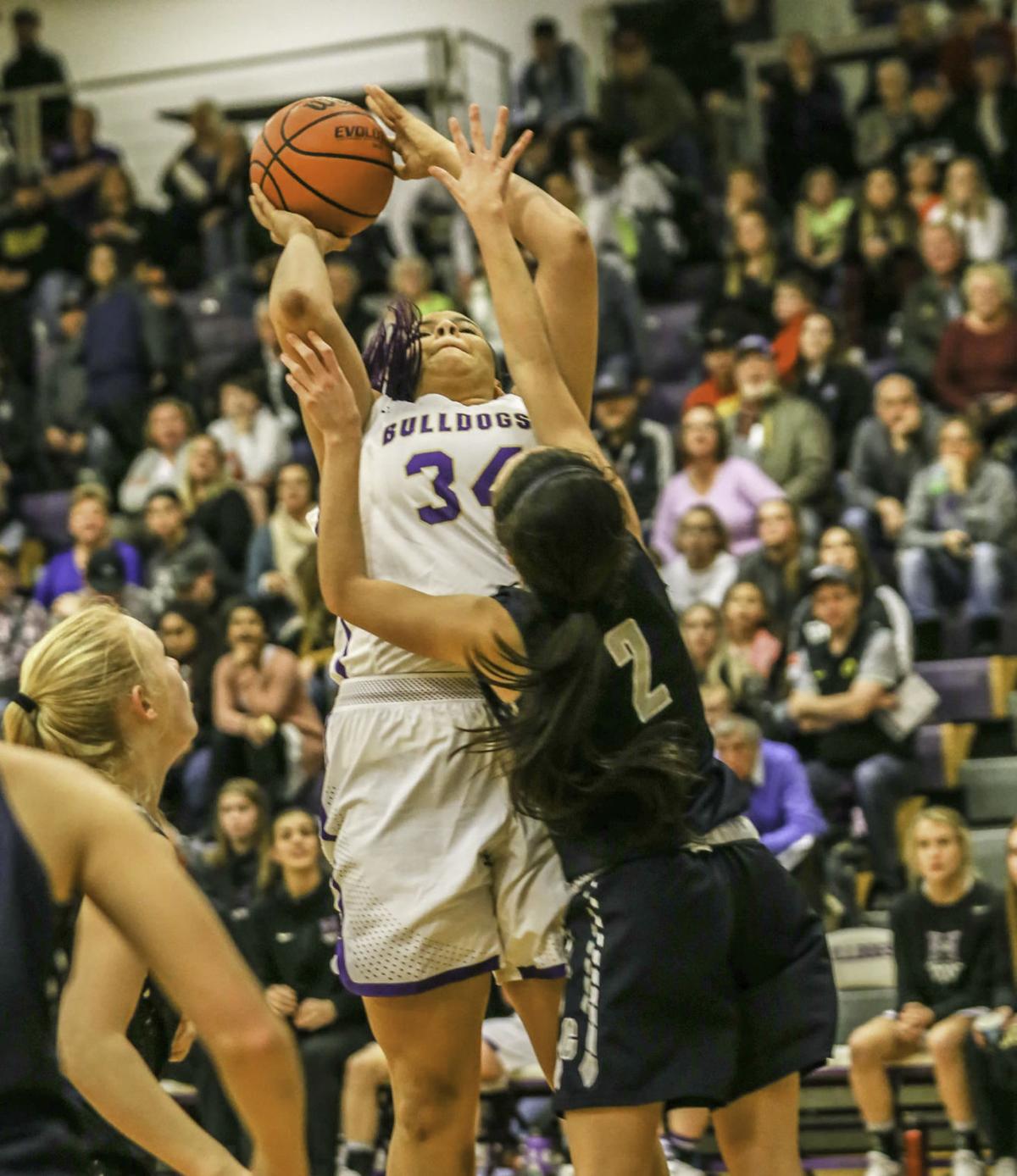 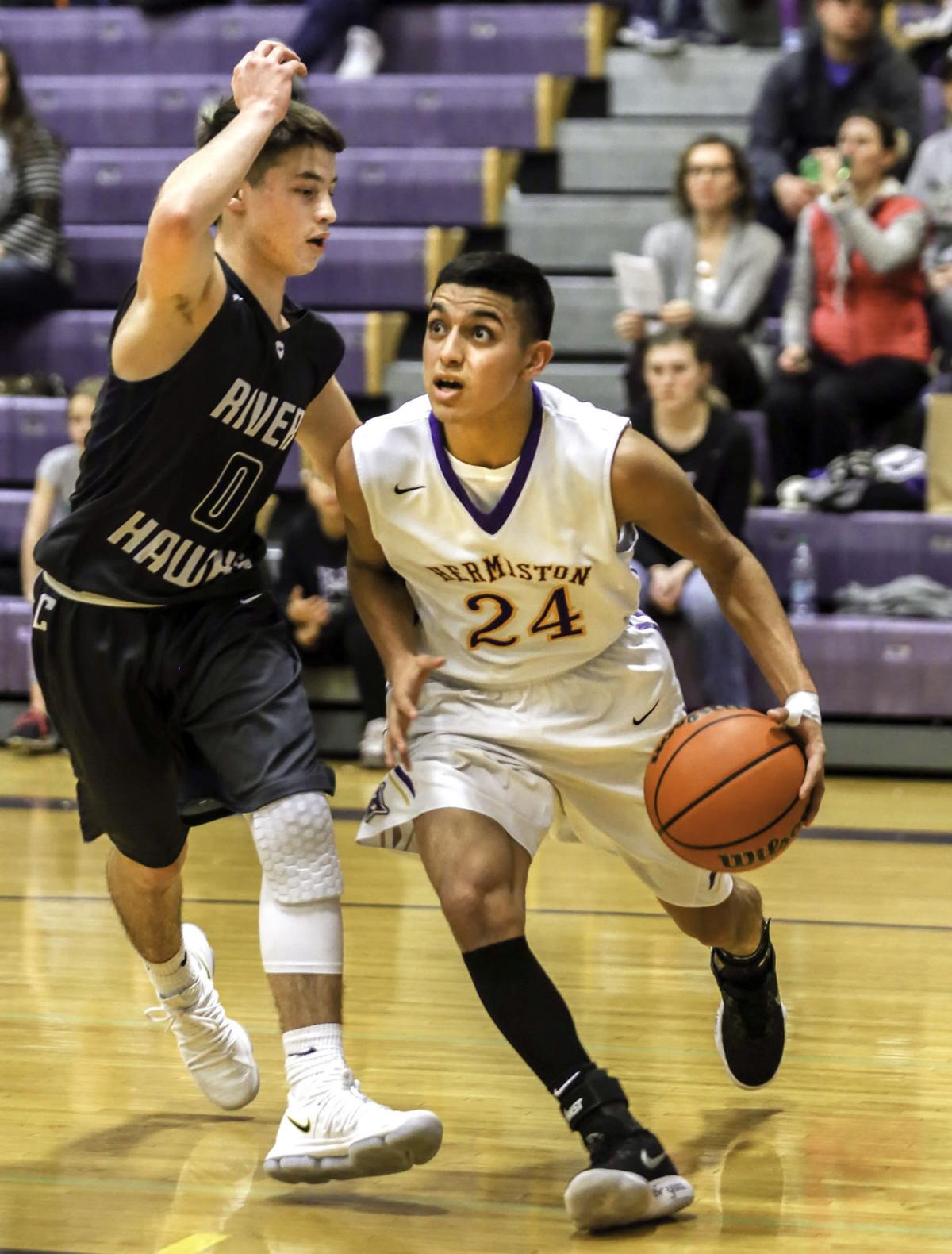 Staff photo by Kathy AneyHermiston's Jordan Ramirez (24) drives toward the basket around Isaiah Cantu (0), of Chiawana, during Friday's non-league game in Hermiston. 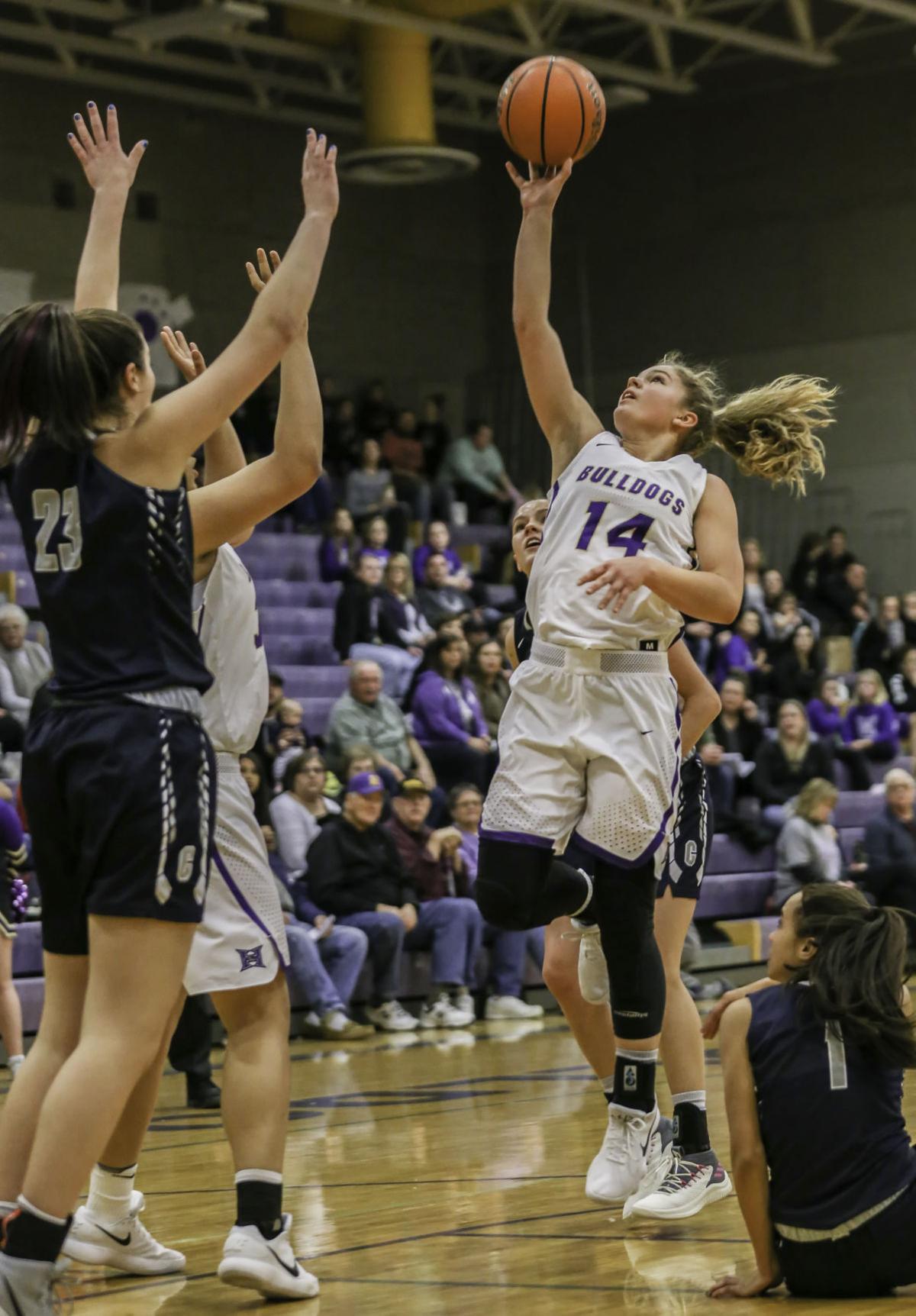 Hermiston's Paige Palzinski (14) goes up for a shot during Friday's non-league game against Chiawana. 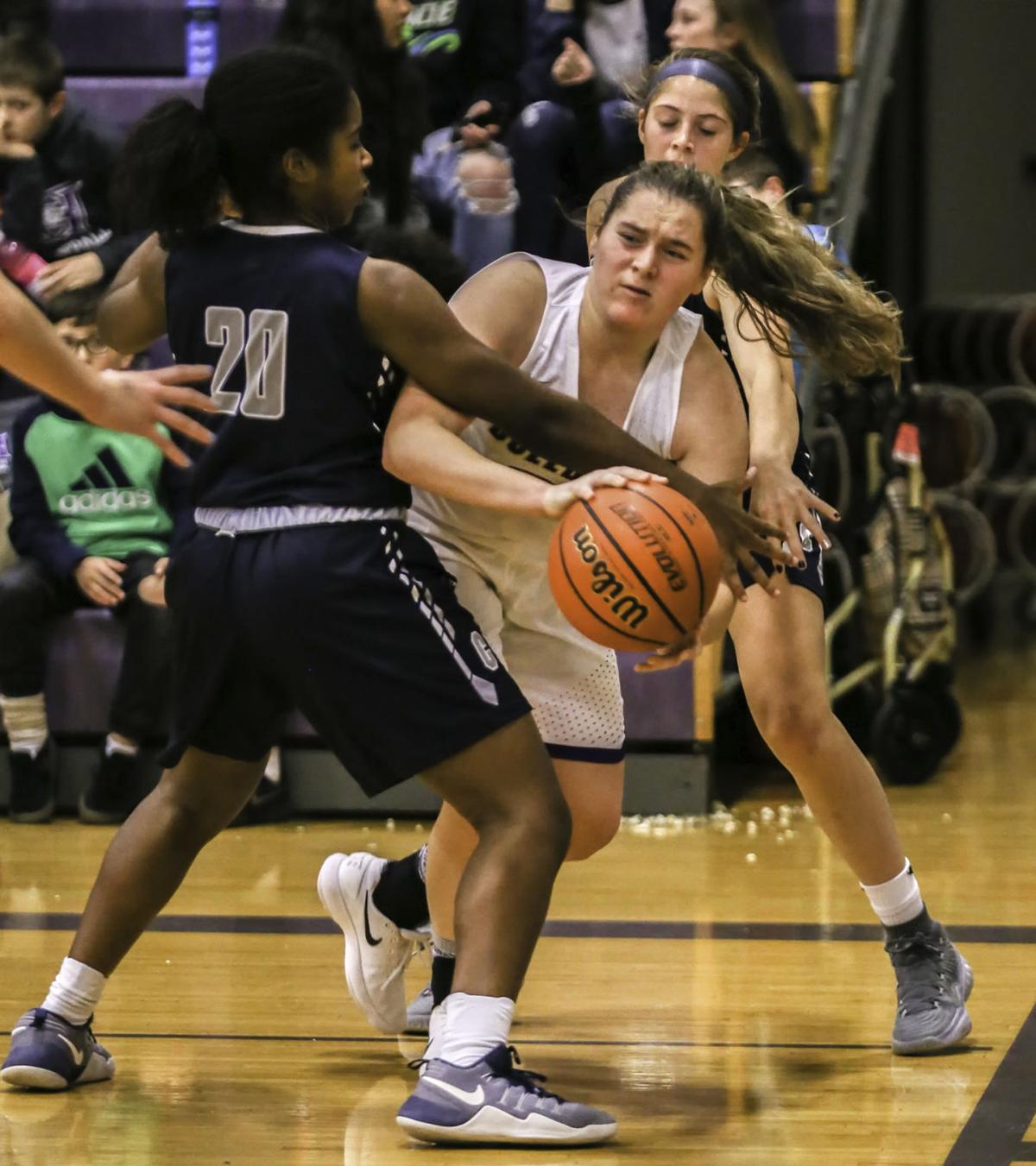 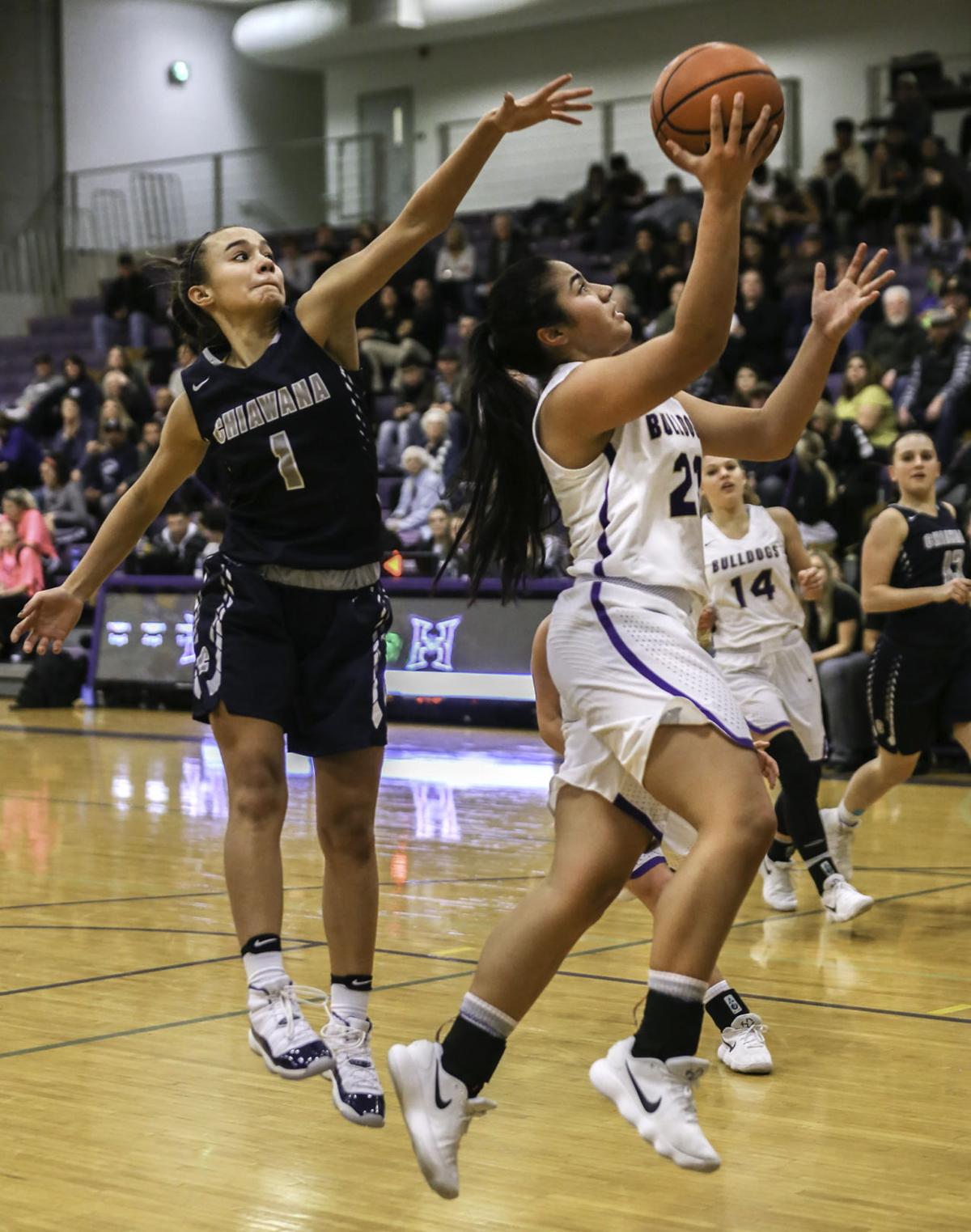 Staff photo by Kathy Aney Hermiston's Jazlyn Romero (22) gets around Macey Morales (1), of Chiawana, during Friday's non-league game in Hermiston.

Hermiston's Andrew Earl (2) goes up for a shot during Friday's non-league game against Chiawans in Hermiston.

Staff photo by Kathy AneyHermiston's Jordan Ramirez (24) drives toward the basket around Isaiah Cantu (0), of Chiawana, during Friday's non-league game in Hermiston.

Hermiston's Paige Palzinski (14) goes up for a shot during Friday's non-league game against Chiawana.

Staff photo by Kathy Aney Hermiston's Jazlyn Romero (22) gets around Macey Morales (1), of Chiawana, during Friday's non-league game in Hermiston.

HERMISTON — Entering Friday’s game, head coach Casey Arstein knew Chiawana would have the size advantage. But a late addition to the group, Matthew Kroner — the 6-foot-9 center who was only cleared to play earlier that day — made things interesting for the Bulldogs.

His presence in the paint wreaked havoc as Hermiston was out rebounded 32-22, but the Bulldogs stuck to their game plan and pulled off a 76-67 win over the Riverhawks (0-5).

“They definitely tried to stick to their game plan and we had to stick to ours,” Arstein said. “(The) kids battled. Things didn’t go our way and they still kept battling, didn’t pout their heads, I was proud of them.”

The boys played in the second game of Friday’s doubleheader, and things were interesting from the jump.

The match up didn’t start with the usual tipoff. Instead, junior Ryne Andreason stepped up to the free-throw line for two shots as Chiawana earned a technical foul during warm ups. After Andreason successfully made one of his two attempts, the Bulldogs (3-2) got the ball back and increased their early lead thanks to Andreason.

The first quarter had eight lead changes before Hermiston ended it with a 21-18 lead. Chiawana, with the help of Kroner and its other top shooter, senior Austin Penny, battled back to force two ties during Hermiston’s 12-8 run at the end of the first.

Junior Cesar Ortiz got the packed house on their feet at the buzzer as he nailed a deep 3-pointer to secure the lead.

Both teams ended the game combined for 19 threes with Ortiz knocking down the most for Hermiston and Kroll coming up big for Chiawana.

Late in the game, Kroll’s buckets gave Hermiston a scare as the Riverhawks began to chip away at the lead the Bulldogs would end up holding until the final buzzer.

“They’ve got some shooters,” Arstein said of the three’s the teams traded in the fourth quarter. “We have some shooters too, but, man, for a while there I was like, ‘someone get a stop.’ Preferably us.”

Hermiston was able to slow down some of Chiawana’s momentum with a huge and-1 from senior Patrick Wicks.

It was the start of the fourth quarter, and the Riverhakws pulled within 10 points after a 22-point third quarter performance. On the first play of the fourth, Wicks drew the foul on a reverse layup and converted the free throw attempt into a three-point play.

That gave not only Hermiston a spark, but set a fire under Chiawana and the Riverhawks went on a 10-3 run to threaten Hermiston’s lead more than half way through the final quarter.

“In basketball it’s a game of runs and I told the guys at the time out, we just have to withstand the run,” Arstein said.

The Bulldogs did just that and held on for their third consecutive victory.

Ortiz led all scorers with 22 points on the night. Andreason and Wicks both chipped in 12 each for Hermiston. For Chiawana, senior Taylor Kroll (17), Kroner (17) and Penny (11) were the top shooters.

Hermiston will continue its home stand with another game in the Dawg House on Tuesday against Cleveland. Tipoff is scheduled for 7 p.m.

It was a tale of turnovers for the Hermiston girls basketball team. The Bulldogs gave up 26 turnovers to the Chiawana Redhawks, who capitalized on each to run away with a 58-43 win Friday.

In the Bulldogs’ second home game of the week, they got off to a good start minus usual starter senior Maddy Juul. Hermiston chipped away at a seven-point deficit with the help of a 3-pointer by senior Hannah Thompson. The 10-2 run knotted the score at 10 points apiece after the first quarter but the Riverhawks (3-1) quickly reasserted their dominance. Their 2-3 zone shut down Hermiston’s offense and forced mistakes that have plagued the young team early in the season.

“The activity of their zone really hurt us and some of our girls were a little indecisive with the ball,” head coach Juan Rodriguez said after the game. “We were successful when we caught the ball and when we attacked but when you’re a little timid of them.”

Chiawana fed off Hermiston’s apprehensiveness and turned turnovers into transition points and took advantage of second-chance balls to push its lead to 28-16 at halftime.

In the first half alone, the Riverhawks tallied nine steals and 17 rebounds — compared to the Bulldogs’ two steals and 12 rebounds.

Their depth off the bench also played a factor in their ability to stay aggressive, especially later in the game when Hermiston’s depth was tested.

“What they do really well is they bring three or four girls off the bench that gives their starters some breaks and right now that’s what we’re struggling with,” Rodriguez said, “a little bit with our youth and also just with girls stepping up and being able to fill roles and give us positive minutes to give girls breaks.”

The Bulldogs (1-4) caught a small glimpse of the talent coming off their bench, as senior Regan Meyers and freshman Paige Palzinski racked up eight combined points.

Hermiston also had spurts of aggressiveness that opened the lane for buckets inside even with Chiawana’s 6-foot center, Clair Eubanks, guarding the basket.

“Our effort is there and I think we work hard all the time,” Rodriguez said. “Now, we have to be able to channel that into making less mistakes defensively. Against a team like that, you make a mistake, they are going to make you pay and even when you play good defense they are going to make a tough shot. So, it’s just those little things that will win us games down the road and that team has a lot of athletes. I was happy with the spurts of what we did, but then again we have to put 32 minutes together.”

Eubanks was second behind senior Kennedy Cartwright, who scored a game-high 20 points on the night. Eubanks finished with 15 of her own with three blocks and three steals.

Junior Madison Wilson was the most aggressive Bulldog on defense and finished with a team-high three steals and one block.

Hermiston will have a quick breather before hitting the road Tuesday to face Cleveland at 7:30 p.m.