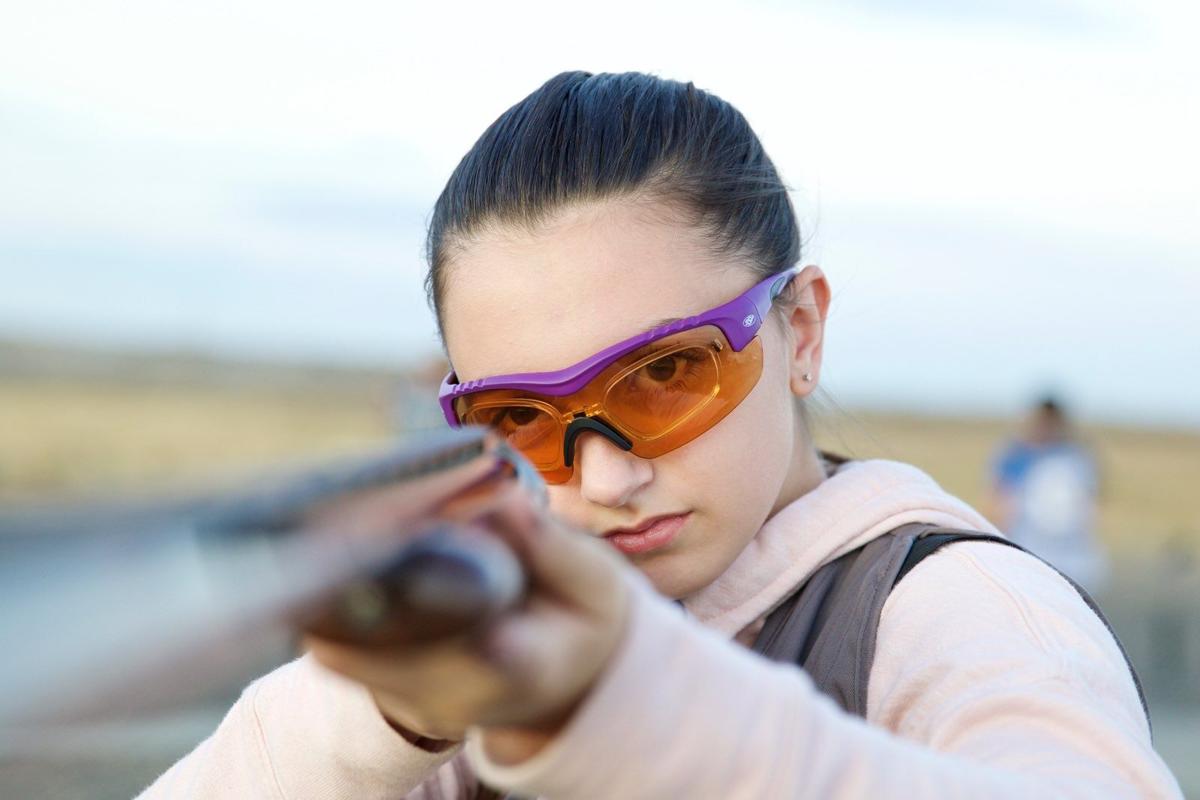 Emily Ray poses for a portrait at the Hermiston Gun Club on Sept. 20, 2020. Ray is ranked fifth among female trapshooters in Oregon. 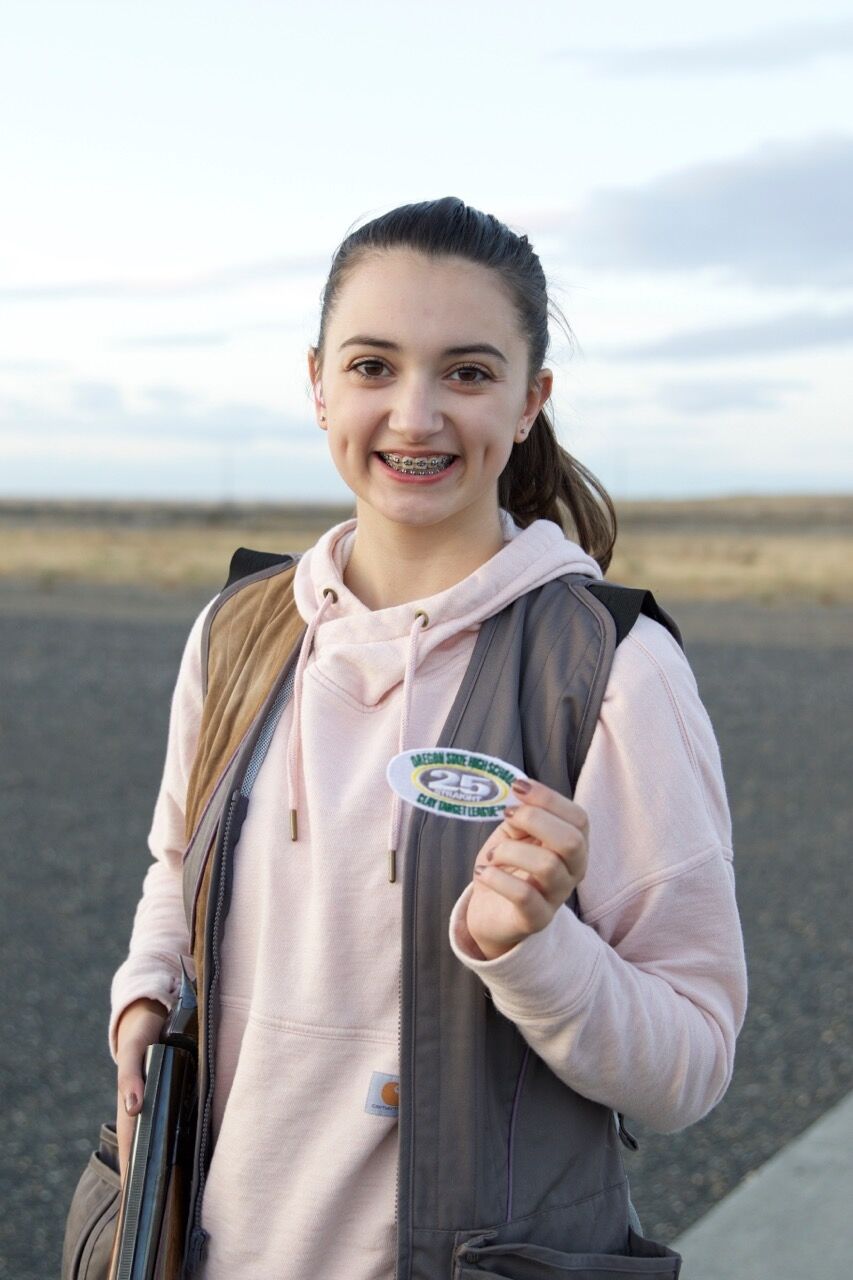 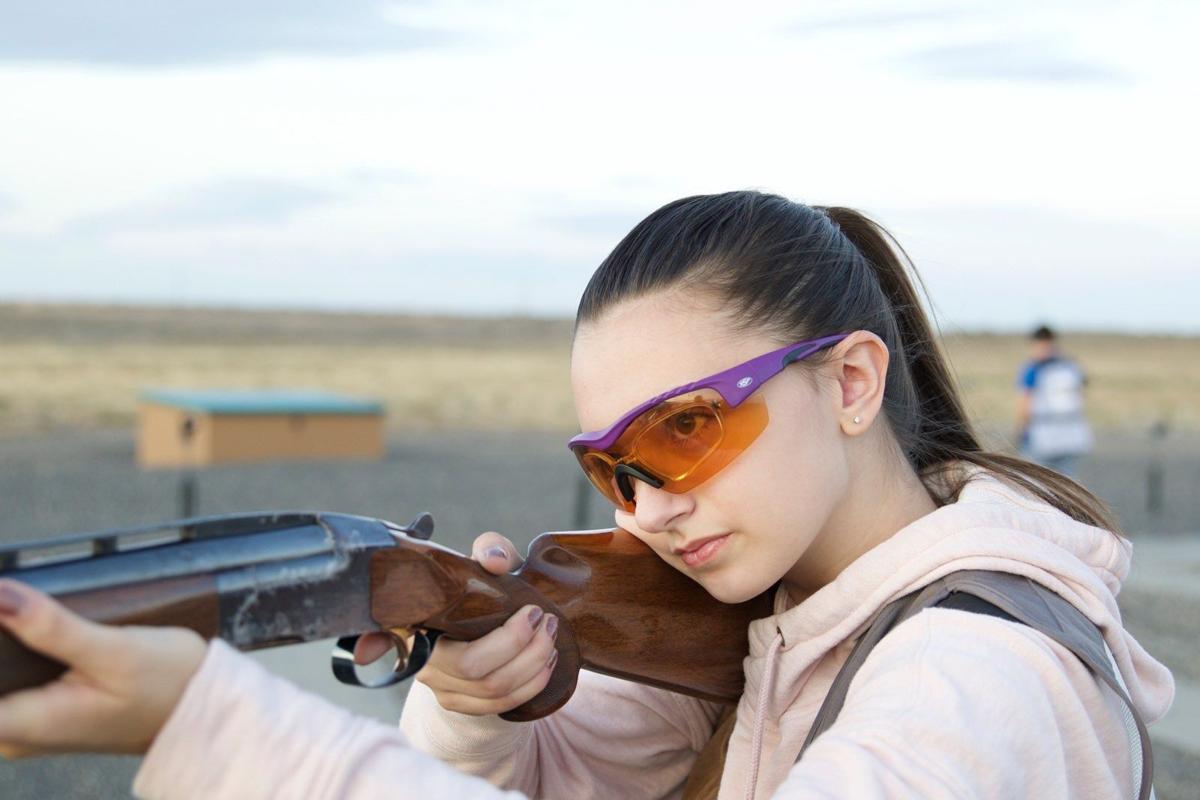 Emily Ray poses for a portrait at the Hermiston Gun Club on Sept. 20, 2020. Ray is ranked fifth among female trapshooters in Oregon.

ECHO — It could be the hours put in at the gun range, or there could be a little magic left in her father’s Browning 12-gauge shotgun. Whatever it is has Echo High School senior Emily Ray ranked fifth among female trapshooters in Oregon.

Ray finished second among female shooters in Conference 3 of the Oregon State High School Clay Target League with a 21.9 average out of 25 clay targets during a makeshift fall season.

The fall season, which ended Nov. 22, featured more than 350 athletes from 19 schools. The sport is co-ed, with boys and girls earning points for their team. Approximately one-third of the competitors are female.

Trap shooting is a club sport and not sponsored by the Oregon School Activities Association.

In addition to Ray’s second-place finish, Echo finished third among the four teams in Conference 3.

Hermiston won Conference 4 with an impressive score of 6,293.5. Second-place Canby had 5,343. Hermiston’s Dustin Hamilton finished third among male shooters in the conference with a 23.7 average.

Both teams practice and compete at the Hermiston Gun Club. On competition days, teams shoot at their own clubs and turn in their marks.

The hardest part of competing during the coronavirus pandemic, according to Ray, was wearing a mask while shooting.

“Your glasses fog up, and you are so used to the feel of the gun on your cheek,” Ray said. “The fabric of the mask gets in the way. It’s not ideal.”

Ray has been shooting trap since she was in the seventh grade. It’s a sport she has grown to love.

“My dad was a trap shooter in the past and I wanted to try,” she said. “We talked to the school board about putting a team together, and they were super supportive. Back then, it was us, Hermiston and schools in Central Oregon. To see it grow as much as it has is amazing. It’s so cool.”

The league allows shooters from sixth through 12th grade to compete. Chad Ray has coached his daughter and the Echo team from the beginning. This year, the Echo team has 23 members, 10 of which are girls.

Chad Ray was a Washington junior state champion in the late 1980s, and was part of the Junior Olympic Clay Target All-Star team from 1990-92.

“I can beat him now,” Emily said with a little laugh.

The gun that Emily Ray has shot the past two years is a Browning BT-99 12-gauge shotgun that her dad bought in 1987. The bluing is starting to wear, but she loves it.

“It’s cool to be able to shoot something my dad shot,” she said. “I don’t let anybody else shoot my baby. The gun has so much history, and it means a lot to me.”

Ray would like to shoot in college, but there are few schools that offer shooting as a sport. Most have club sports.

“It’s hard to find a school that has a program and the major (speech and language therapist) that I want,” Ray said. “Eastern Oregon and Idaho State have teams.”

Ray shot her first string of 25 consecutive targets on Sept. 20, getting a little help from her eye doctor.

“I got prescription shooting glasses,” Ray said. “The targets were so clear. The first time I wore them, I shot 25 straight at practice. I was so excited.”

Ray’s glasses are from SSP Eyewear, which is based in Moses Lake, Washington.

Ray has been asked to write a testimonial about the glasses for the MidwayUSA Foundation, which helps to sustain and grow the shooting sports industry by providing long-term funding to youth shooting teams.

“I’m excited about that,” she said.