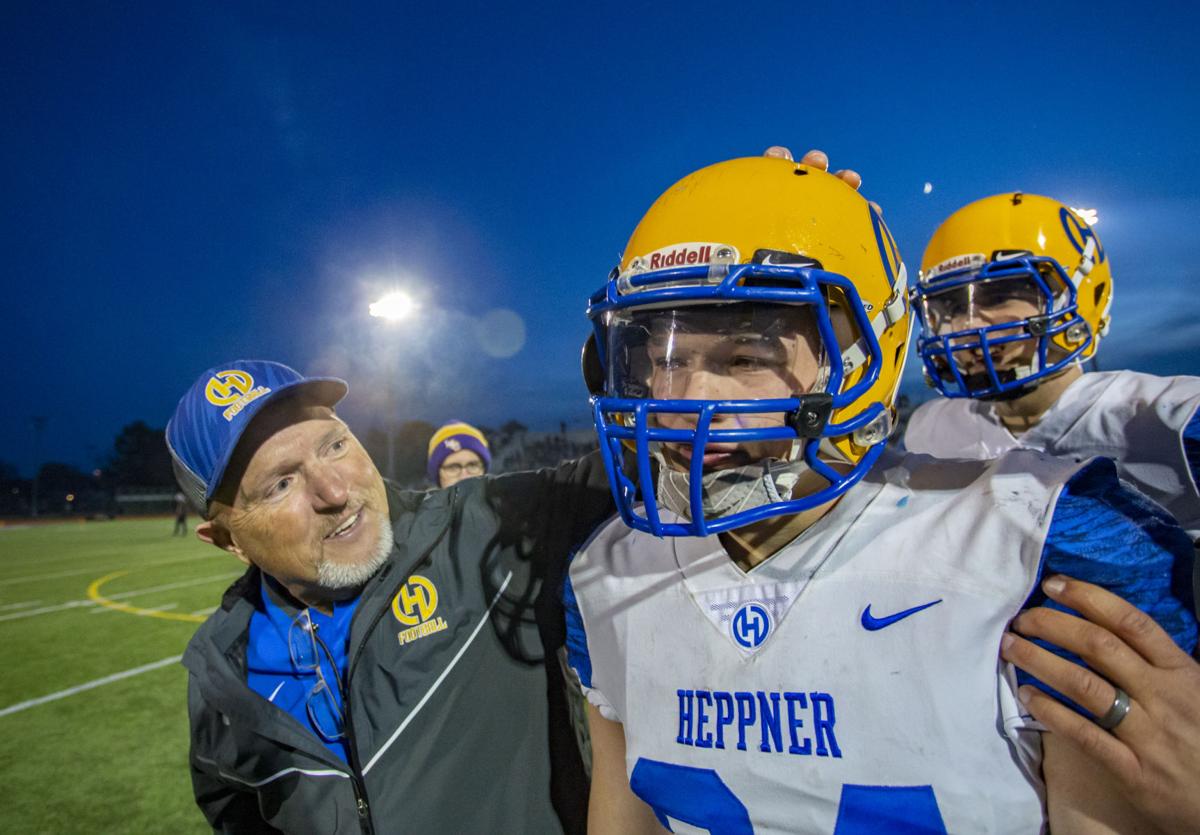 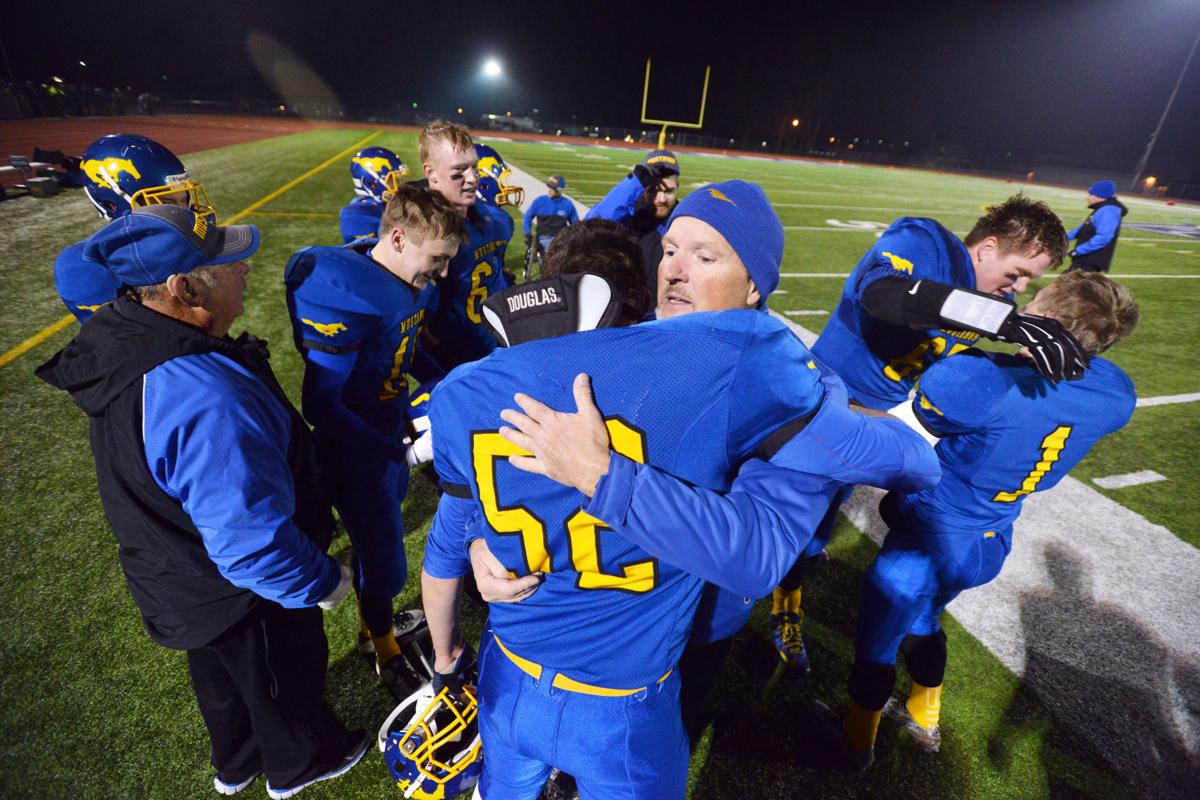 Heppner coach Greg Grant gives a hug to senior Saul Erickson as time runs off the clock in the Mustangs’ 48-0 rout against Kennedy in the state 2015 2A championship game in Hermiston. The Oregon Athletic Coaches Association selected Grant to receive the Grant to the 2021 Dave Johnson Contributor Award.

Heppner coach Greg Grant gives a hug to senior Saul Erickson as time runs off the clock in the Mustangs’ 48-0 rout against Kennedy in the state 2015 2A championship game in Hermiston. The Oregon Athletic Coaches Association selected Grant to receive the Grant to the 2021 Dave Johnson Contributor Award.

HEPPNER — Greg Grant is not one for personal recognition, but every once in a while it’s nice to take stock of the people who are a positive influence on students and athletes at the high school level.

The award is presented to an individual who has been or is involved in coaching or related athletic fields. The award is in recognition of their length of service and positive influence toward their local and state athletic programs and their many contributions to the OACA.

The OACA Executive Board selects the award recipient.

“We have been giving this award for the past 20-plus years,” OACA Executive Director Rob Younger said. “Greg represents the quality of past recipients — he is successful as a coach, but is also an influencer throughout the state. He has been a sports chair for football and golf. What we have been impressed with, is he takes the smaller schools and represents them at the state level. He is a positive voice for the small classifications in Eastern Oregon. We appreciate that vision.”

He also has been the golf coach at Heppner since 1990 and the athletic director since 2000.

“It is my hope that players leave our program understanding accountability, sacrifice and servant leadership while practicing discipline and respect throughout their lives,” Grant wrote in a message to the OACA. “We try to build better students, mothers, fathers, employees, employers, community leaders and citizens using the lessons embedded in team play.”

State wide, Grant has served on several Oregon School Activities Association committees, is an OACA board member as a 2A representative and has been the regional golf schedule coordinator since 1995.

“I try to do it for all kids, not just my kids,” Grant said. “Every kid in the state deserves to have the best possible experience. I’m not afraid to speak my mind, and I don’t want to spend time on things that waste my time.”

Younger said Grant embodies what the OACA award stands for.

“This is not just for his success,” Younger said. “This award is for his contribution to his profession and what he does behind the scenes. He is very worthy of this high honor.”

Also being honored is Darla Huxel, of the Blue Mountain Volleyball Officials Association, and Terry Spriet of Pendleton, who is receiving an OACA Community Service Award.

The OACA also is handing out eight $1,000 scholarships to student-athletes throughout the state. Since 1986, the OACA has awarded $261,000 to graduating student-athletes.

Claire Farwell from Enterprise High School and Hunter Lind from Powder Valley are two of this year’s recipients.