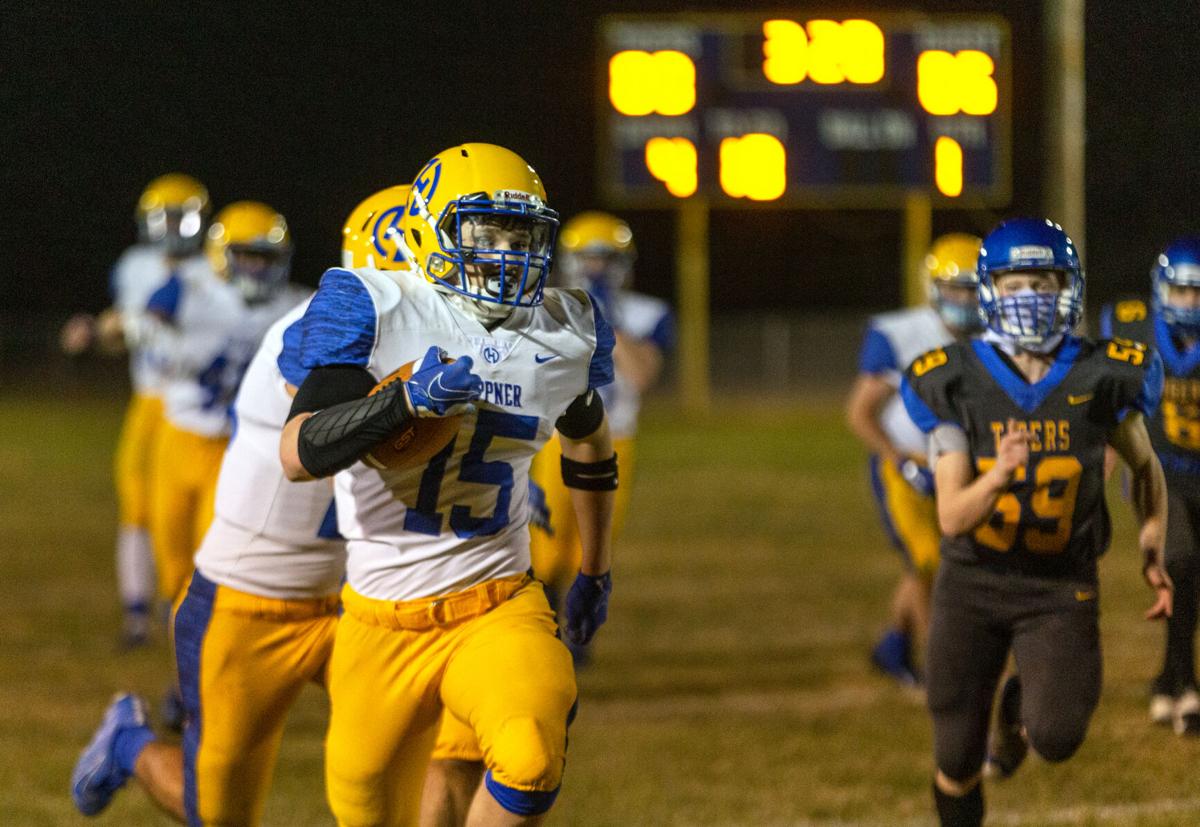 Heppner’s Jackson Lehman (15) romps to a long yardage touchdown during a March 12, 2021, 46-0 shutout against the Stanfield Tigers at Stanfield. Lehman, who was selected to play Aug. 7 in East-West Shrine All-Star Game, is heading to La Grande to play football for Eastern Oregon University. 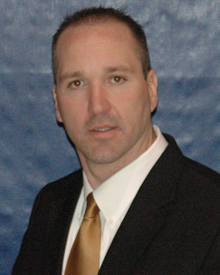 HEPPNER — Eastern Oregon University football coach Tim Camp has a knack for finding talent in small schools. His latest get is Jackson Lehman from Heppner.

“We are so excited to pick up small-school players,” Camp said. “Some of the best players we have had at EOU are from small schools, and are great fits in our program. He (Lehman) comes from a very successful program and has been coached very well. Heppner is a top-shelf program.”

The 6-foot-3, 195-pound Lehman was one of Jayden Wilson’s top receivers this spring with 207 yards. He also was a leader on defense with 28 tackles and an interception over five games.

As a junior, Lehman was a first-team BMC receiver and linebacker, and earned first-team all-state honors as a tight end (345 yards, 7 TDs), and was a second-team selection at linebacker (42 tackles, 2 interceptions).

“They are getting a good player,” Heppner coach Greg Grant said of EOU. “I think he will really enjoy it. I look forward to seeing Jackson thrive.”

At EOU, Lehman will be back on the field with his older brother, Mason, who joined the Mountaineers last year.

“Eastern was pretty much the only place I was going to go,” Lehman said. “If I wasn’t going D-I, I wanted to go play with my brother. He’s enjoying it a lot there.”

“I played baseball this year, but hadn’t played since the seventh grade,” Lehman said. “I played basketball, but I’m not really that good. Football has always been a for sure. I wanted to play with my buddies. Football has been the No. 1 household sport.”

At EOU, Lehman said they would like him to put on a few pounds and play tight end.

Camp is looking forward to see where Lehman will best help the team.

“I’m excited to take Jackson through several different scenarios during fall camp,” Camp said. “Just like all of our incoming freshmen. He has a great skill set and can play many different positions here as he matures.”

Lehman plans to major in education at EOU, and would like to be a math teacher.

Before then, he, Wilson and running back Blake Wolters will represent Heppner and play for the East team at the East-West Shrine All-Star Game Aug. 7 in Baker City.

Though he knows it’s time to move on, there is one thing Lehman will miss about his hometown.

“It will be weird not having the entire town at your back for every game, no matter where you go, no matter what sport,” he said. “For playoffs in football, you go to a game 3 hours away and we will have more fans than the team that is 15 minutes away.”