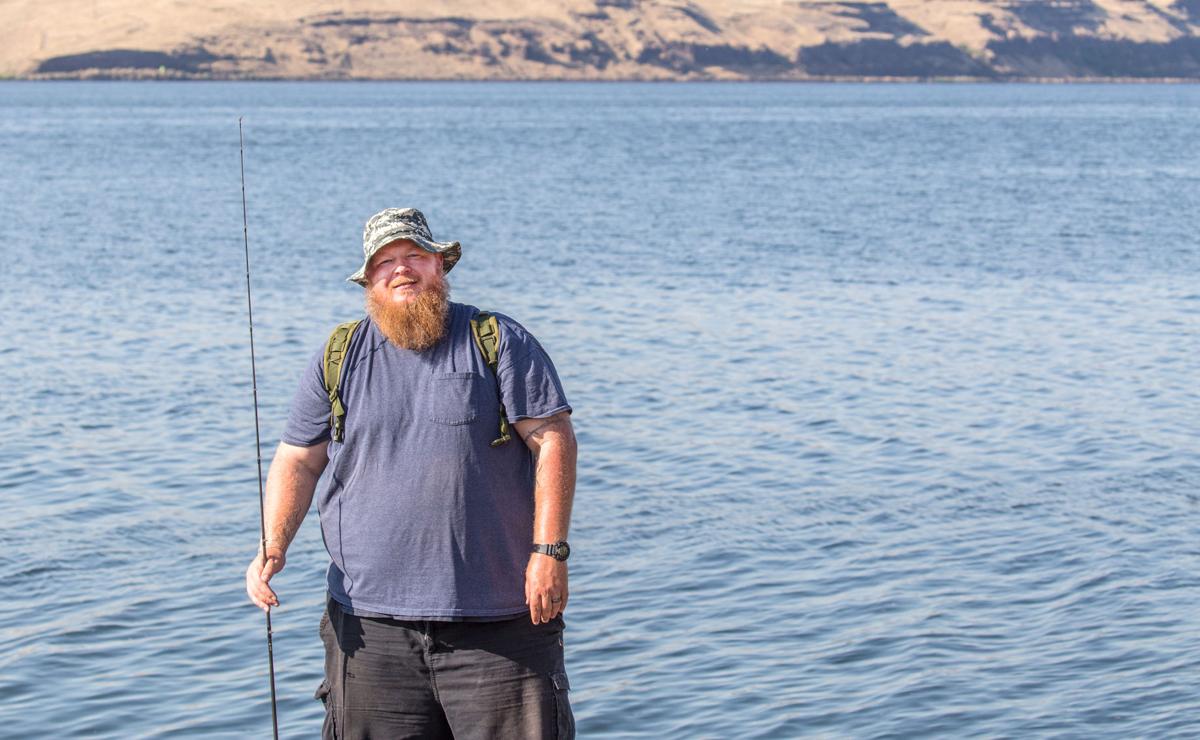 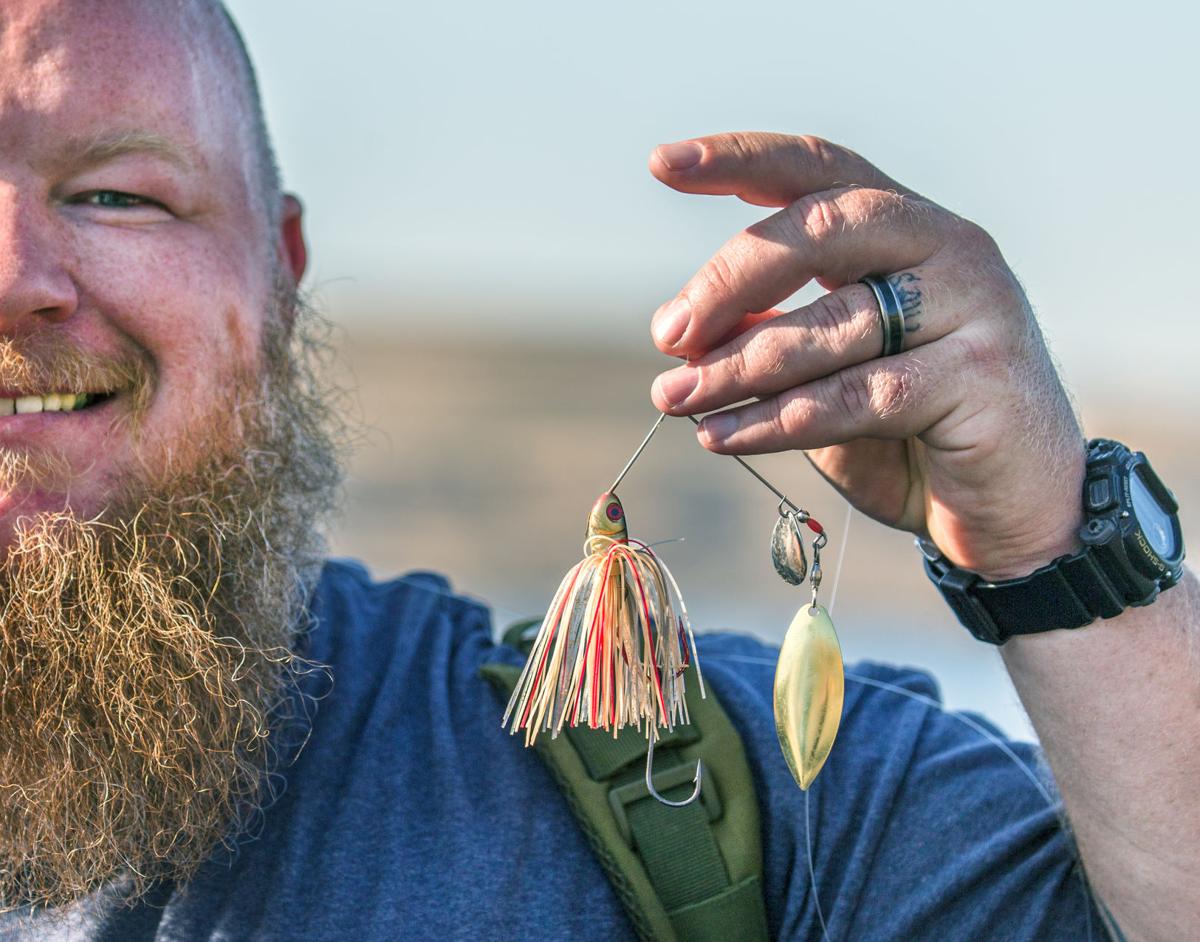 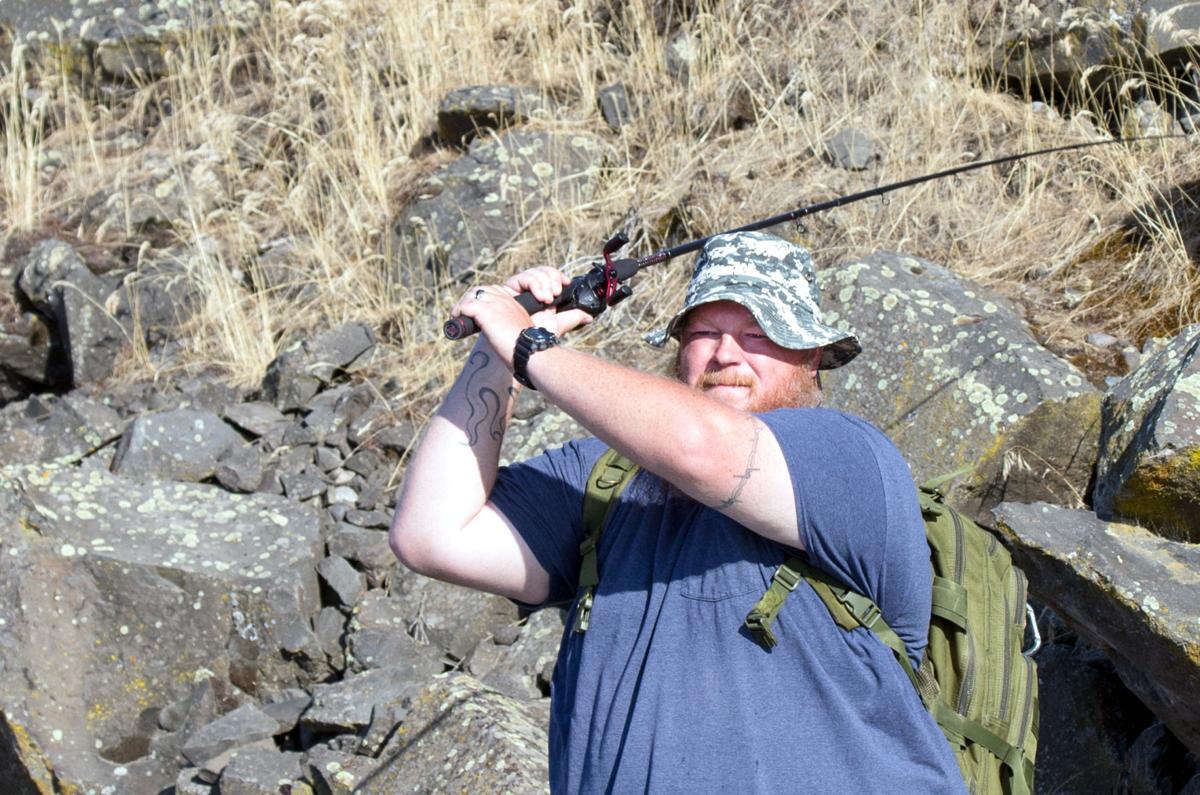 Hermiston High School social studies teacher Josh Walker casts a line along the Columbia River on his journey to catch 100 fish this summer. 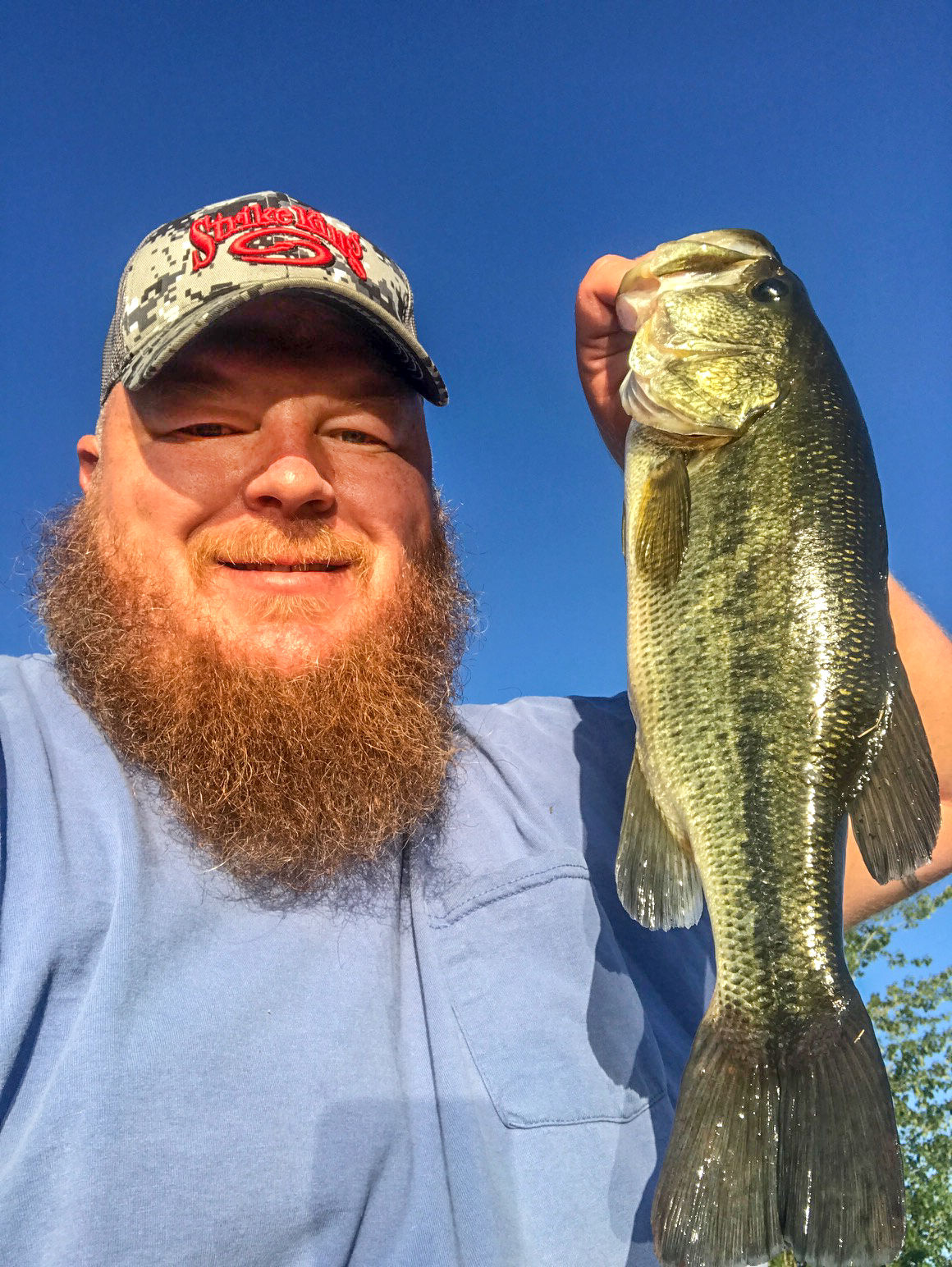 Josh Walker holds up a bass he caught this summer as he strives to catch 100 fish.

Hermiston High School social studies teacher Josh Walker casts a line along the Columbia River on his journey to catch 100 fish this summer.

Josh Walker holds up a bass he caught this summer as he strives to catch 100 fish.

“It just sounded like a good number,” said Walker, 41. “I thought it would be unattainable. I don’t own a boat, and when you’re restricted to the shore, you really limit your results.”

The goal, as it turns out, is coming along much easier than Walker initially anticipated. He’s already amassed 94 catches this summer so far — well on his way to meeting his personal quota ahead of Monday, Sept. 23, when summer officially ends.

“I think I can do it,” Walker said. “It just started out as something to do during the summer.”

When he’s not teaching history to juniors and seniors at Hermiston High, he serves as an assistant pastor at the Victory Baptist Church. When school let out, he found himself with more time to focus on his beloved hobby.

Fishing, Walker said, became a longstanding tradition ever since he was a kid growing up along the Oregon coast.

“Everyone fishes there,” Walker said. “I fell out of it for a bit as an adult. But once I hit my 30s, I started fishing for steelhead again.”

Since he embarked on his journey when school let out on June 14, Walker has traveled all over Oregon in an effort to complete his goal. He’s found spots in Hermiston, Ukiah, Eugene, Portland, and all along the Columbia River. So far, he’s reeled in 68 bass, 24 trout, and two catfish.

“The Columbia River is known for its smallmouth bass,” Walker said. “Pound for pound, smallmouth bass have more fight in them than any other fish. Bass are very finicky. There’s a whole technique (to catching them). It’s fun.”

Walker prefers to catch and release, and only keeps his catches if it’s against the rules and regulations to set them free again.

“It’s a touchy subject,” he said. “Some people want you to keep the bass, because they’ll eat young steelhead and salmon. Others like to catch and release because the next person who catches that same fish in the future, is going to catch a bigger fish.”

Walker keeps his fishing tradition alive and well in his family — his wife Sadie and kids Madilyn, 10, and Colton, 9, tag along for many of his expeditions. Walker noted that Colton caught his very first bass earlier this summer.

“It’s a great way to stay active,” he said. “I walk upwards of eight miles a day.”

Walker’s record for the summer so far is seven bass in one day. He said that although some days are successful, others are not. Occasionally, there are days where he only hooks one solitary fish.

“That’s why they call it fishing, and not catching,” he joked. “At the beginning of the summer, there were days would I would go out and not get anything. Now, I can get three to four a day. I’d say I’m getting better.”

Walker documents each catch on a journal on his phone, as well as Fish Brain — an app that he describes as “Facebook for fishermen.”

Although summer’s end is still several weeks away, another obstacle looms in Walker’s path to completion — a mission trip to Ireland. He’ll take off on Aug. 9, and return home on Aug. 17. It’s over a week’s worth of time that’ll slow down his progress.

But Walker remains up for the challenge.

“You gotta be patient,” he said. “It’s more than a matter of just casting. There’s research. You have to know the temperature, whether the water’s going to be moving or not, and the right locations. All of that determines what kind of bait you’re going to use.”

And Walker still isn’t through challenging himself once he’s completed his summer goal. He’s already set a new year’s resolution:

“It’s a good way to enjoy God’s creation,” Walker said. “You cast the line out, and you never know what’s going to come in.”