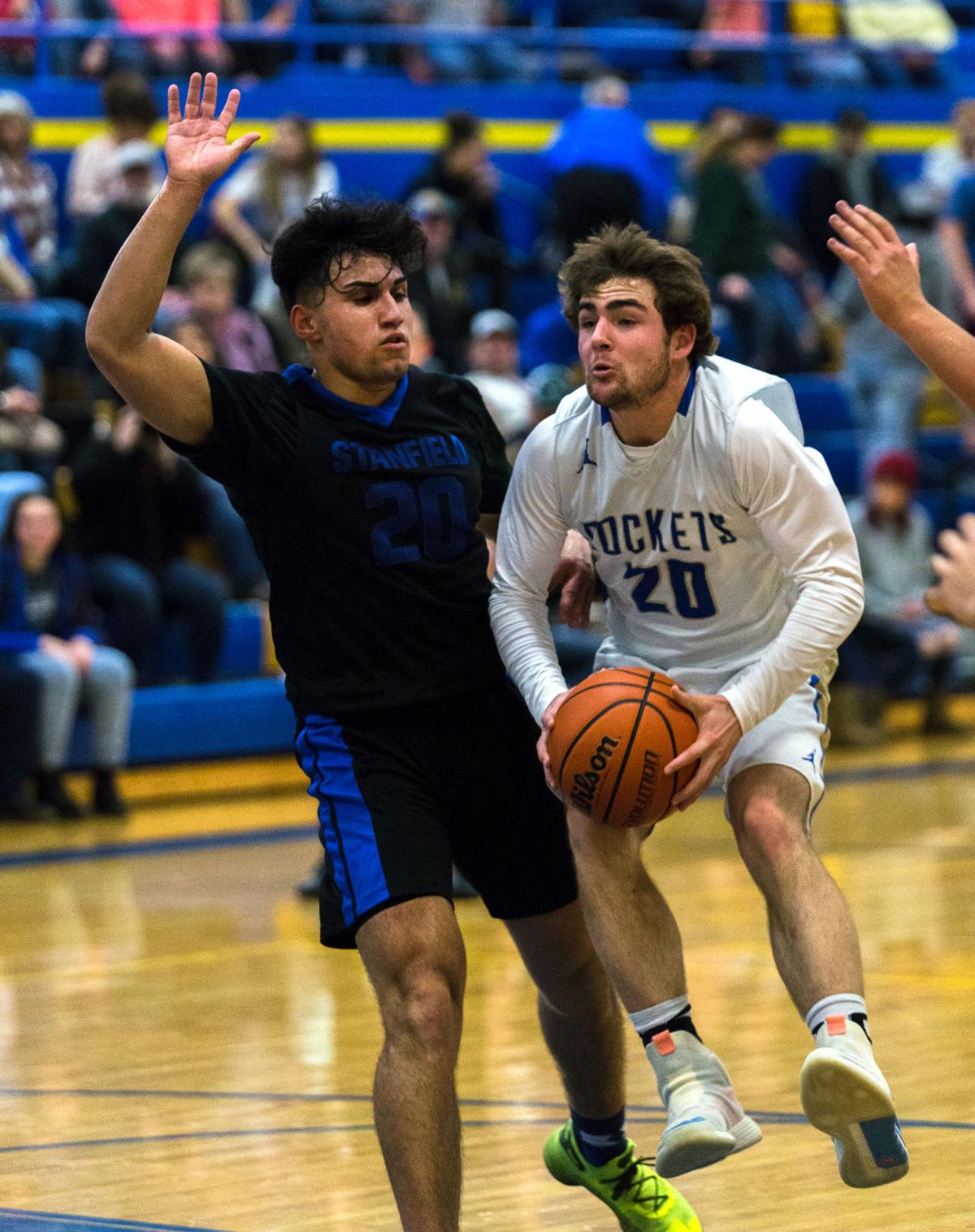 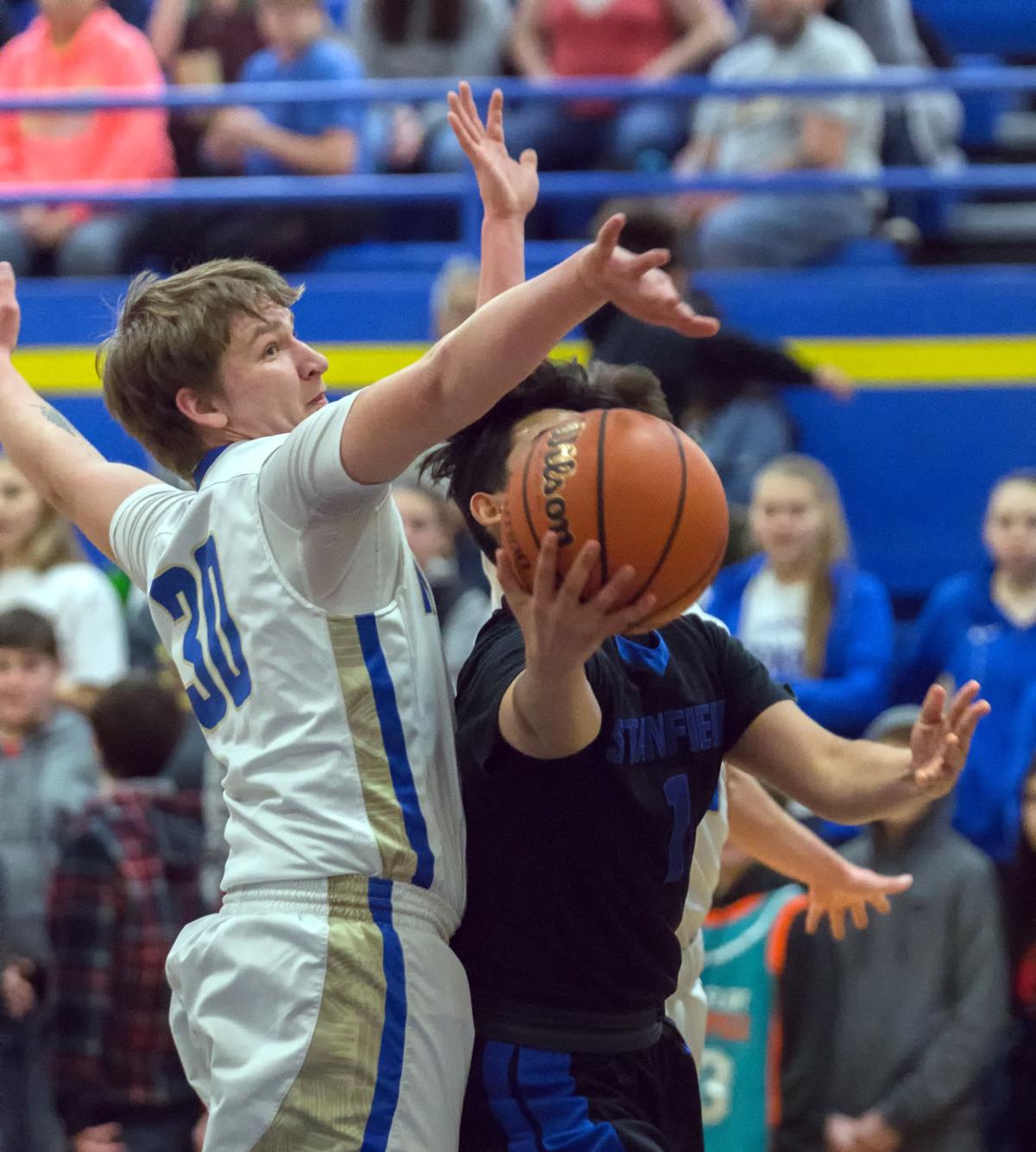 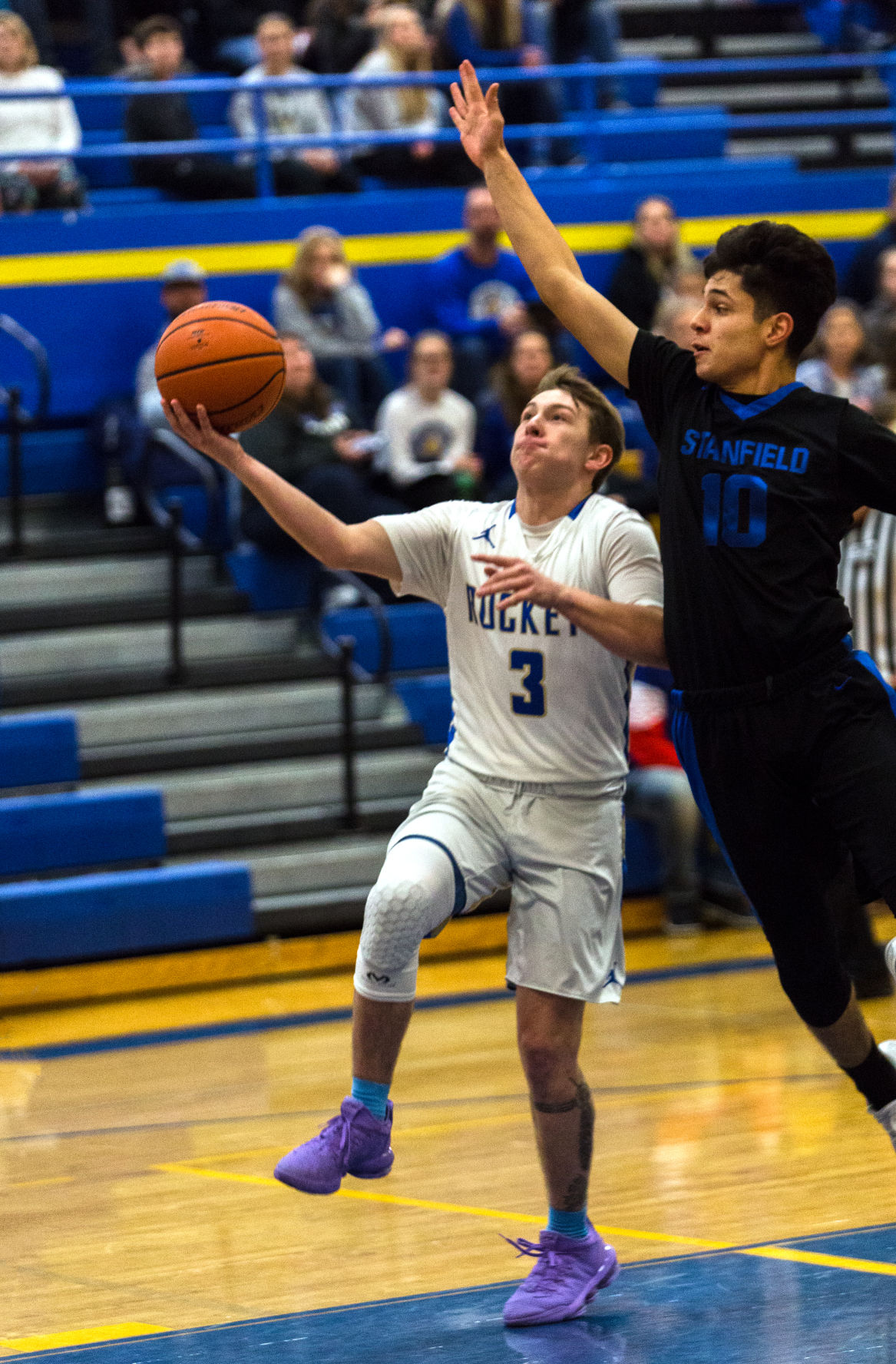 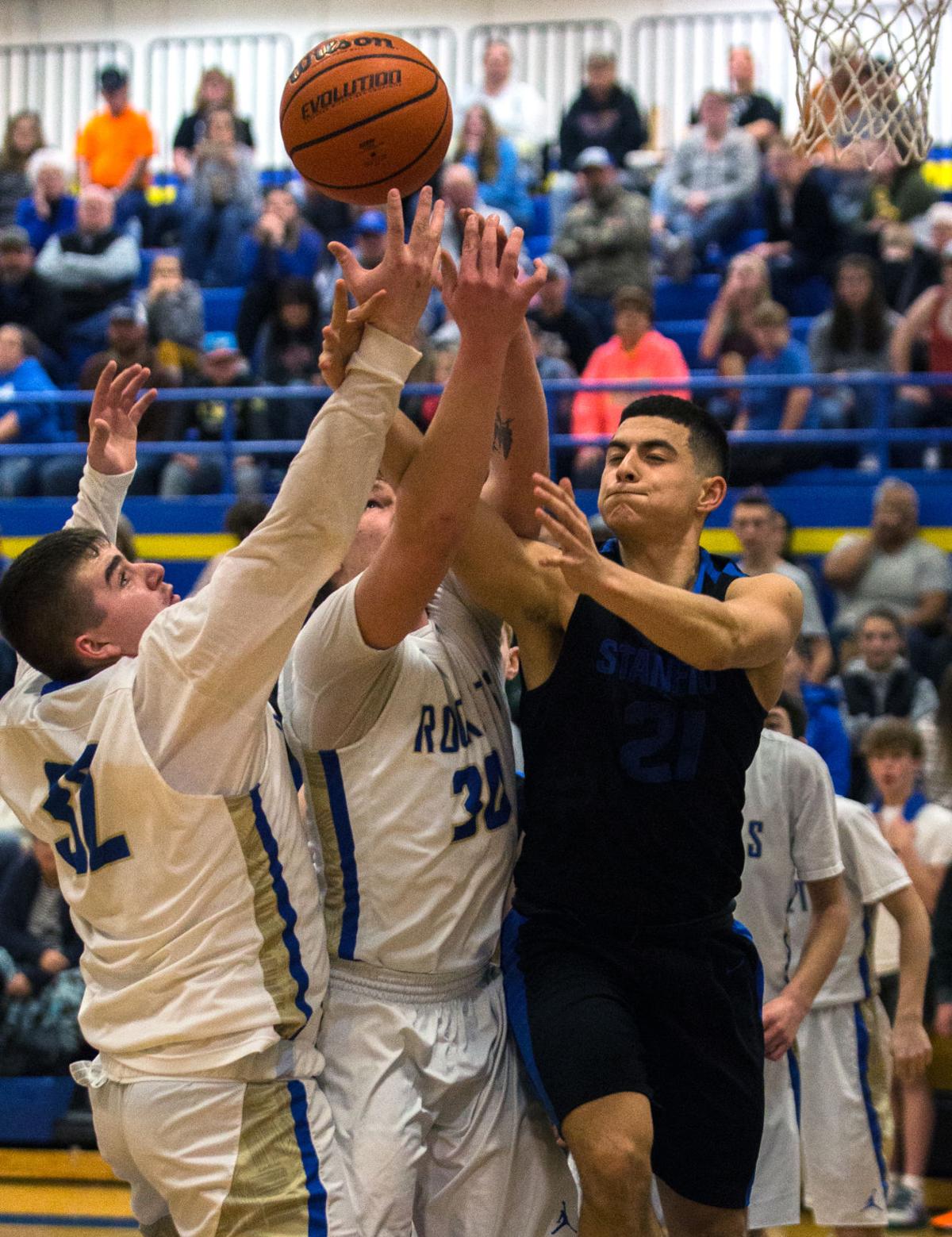 HERMISTON — The Dawgs led by just four points at the half, but sharp shooting from Jazlyn Romero in the fourth quarter helped put the game away and earn the Hermiston girls their second Mid-Columbia Conference win.

Romero finished the game with 16 points. Six of her 12 points in the fourth quarter were scored at the free-throw line.

Katelyn Heideman led the Bulldogs (5-4, 2-3 MCC) with 17 points, while Jayden Ray added 16. The Falcons were led by Iliana Moran with a game-high 23 points.

MOLALLA 62, MAC-HI 38 — The Pioneers closed their run at the Banks Winter Shootout Tournament with a loss to the Indians.

UMATILLA GOES 1-2 AT CRUSADER CLASSIC — The Vikings notched a 41-32 win over Gold Beach on Friday at Salem’s Crusader Classic New Year’s Invitational, led by Devina Monreal’s 12 points, all of which came from beyond the arc, but the momentum wouldn’t last.

HEPPNER 49, IRRIGON 32 — The Mustangs never allowed more than 10 points per quarter as they made off with a nonleague home win Saturday.

Syndey Wilson paved the way for Heppner with 18 points and 15 rebounds, while ZaBrena Masterson followed with 12 points.

Irrigon was led by JaLay Burns with nine points and seven rebounds, while Alyssa Luna and Joleyne Harrison each scored seven points.

WESTON-MCEWEN 33, IMBLER 25 — The TigerScots snapped an eight-game losing streak with a nonleague road win over the Panthers.

DUFUR 63, IONE/ARLINGTON 33 — The Cardinals dropped to 0-2 in Big Sky League play after Saturday’s road loss to the Ranger.

ECHO 56, SOUTH WASCO COUNTY 41 — Trailing 17-13 after the first quarter, the Cougars rallied for a 16-6 run in the second for a Big Sky League road win over the Redsides.

The game was tied at 21-21 after the third quarter, and the Grizzlies broke away in the final 8 minutes for the win.

Kaylee Cope had 12 points to lead Helix, while Karalin Reynolds had eight.

HANFORD 71, HERMISTON 56 — The Bulldogs trailed early, and faced a 40-24 deficit in the third quarter, as the visiting Falcons cruised to a Mid-Columbia Conference victory Saturday.

Turner Clayton scored a game-high 22 points for the Falcons to help take down the Bulldogs.

ESTACADA 43, MAC-HI 36 — The Pioneers are on a four-game skid after an overtime loss to the Rangers at the Roby’s Invitational Tournament in Tillamook.

Mac-Hi’s Marcellus Brinkley notched a layup to tie the score at 30-30 at the end of the fourth quarter, but the Rangers went on a 13-6 run in overtime to pick up the win.

Mac-Hi (6-6) travels to College Place on Tuesday for a nonleague game.

Chris Self and Andrew Earl led the way for the Vikings with 14 points each. Ryan Lorence followed with 13 points and 10 rebounds, while Daniel Zuniga added 12 points, and Ty Crantson 10. Oscar Campos had a team-high 13 rebounds.

HEPPNER 61, IRRIGON 44 — Kason Cimmiyotti scored 12 points, and Mason Lehman 11, as the Mustangs notched a nonleague home win over the Knights.

Irrigon was led by Omar Madrigal with a game-high 19 points and 14 rebounds.

STANFIELD 50, PILOT ROCK 31 — Uriel Carrillo and Mario Sanchez scored 11 points each as the Tigers picked up their first Blue Mountain Conference win against the Host Rockets.

Stanfield held a 24-22 lead at halftime, but promptly outscored the Rockets 26-9 in the second half to pull away for the win.

WESTON-MCEWEN 57, IMBLER 45 — Blair Rudolph scored 21 points, including three 3-pointers in the first half, as the TigerScots rolled to a nonleague road win over the Bobcats.

IONE/ARLINGTON 68, DUFUR 64 (OT) — The Cardinals are enjoying a five-game streak after escaping with a Big Sky League road win against the Rangers.

Wesley Goad scored a career-high 31 points and shot 6-for-6 from the free-throw line in overtime to lead the Cardinals. Jace Troutman added 15 points, and Hunter Padberg 13.