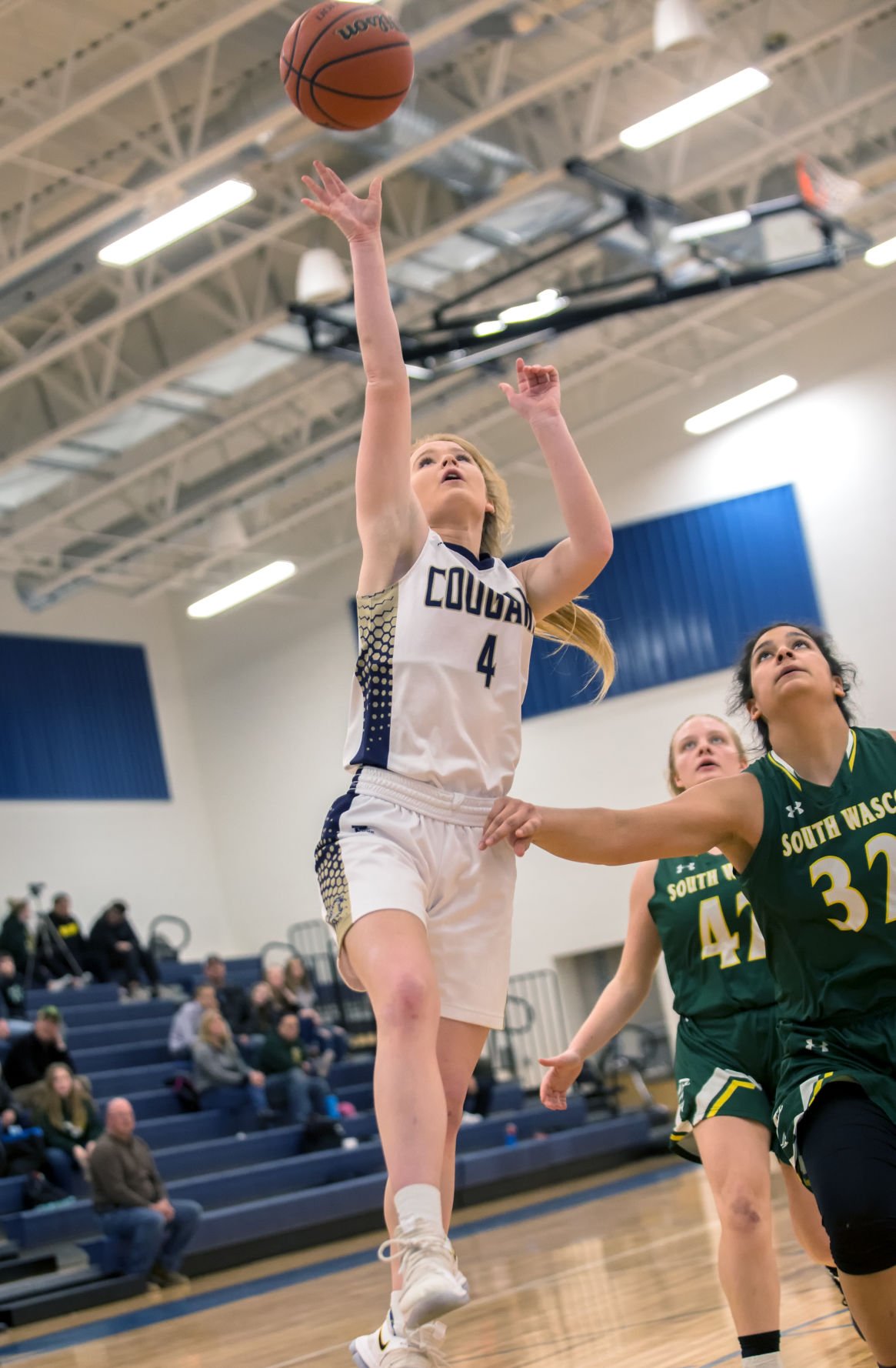 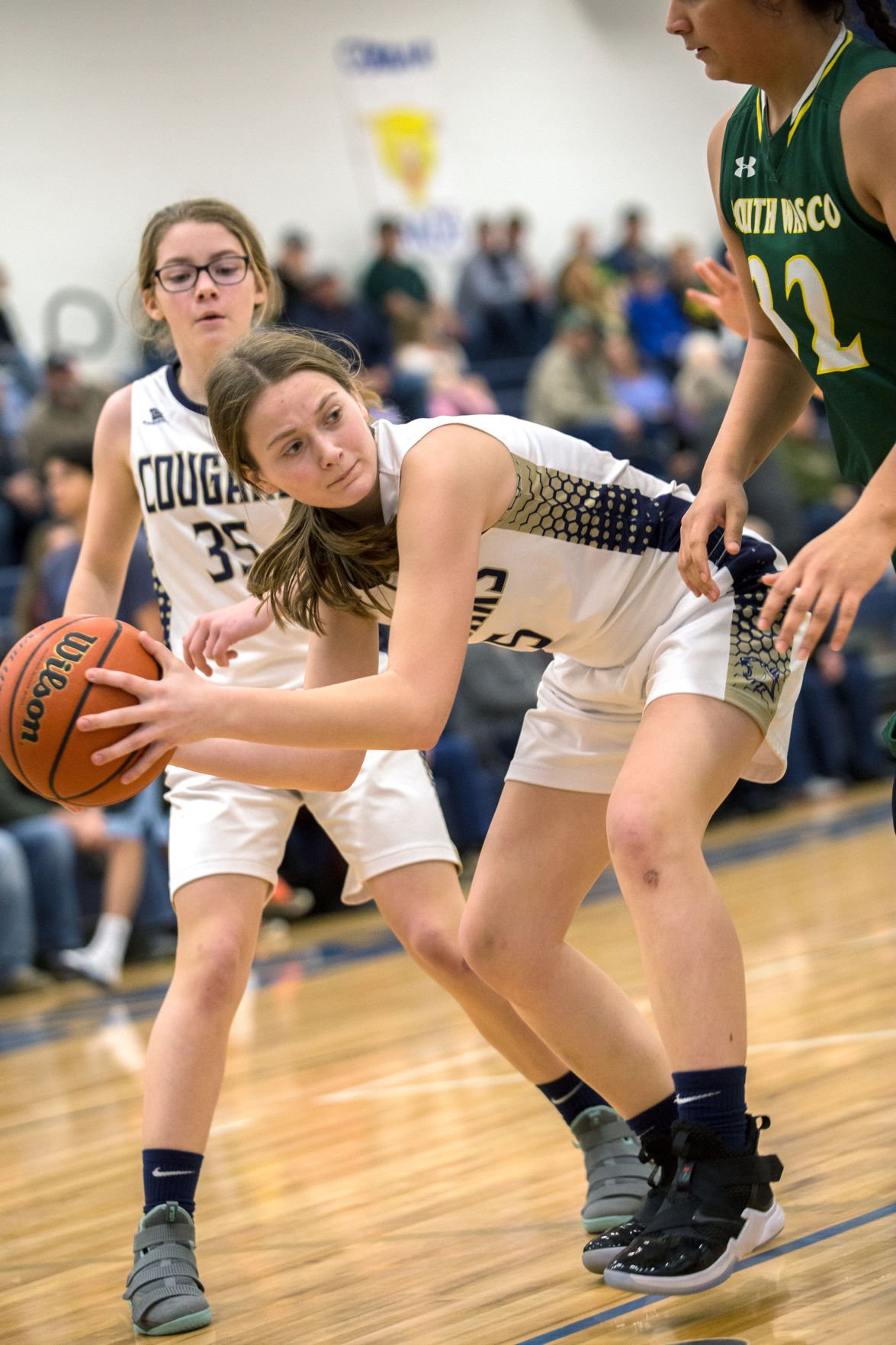 Echo’s Charlei Harwood looks for a teammate under the hoop during Saturday’s Big Sky League game. 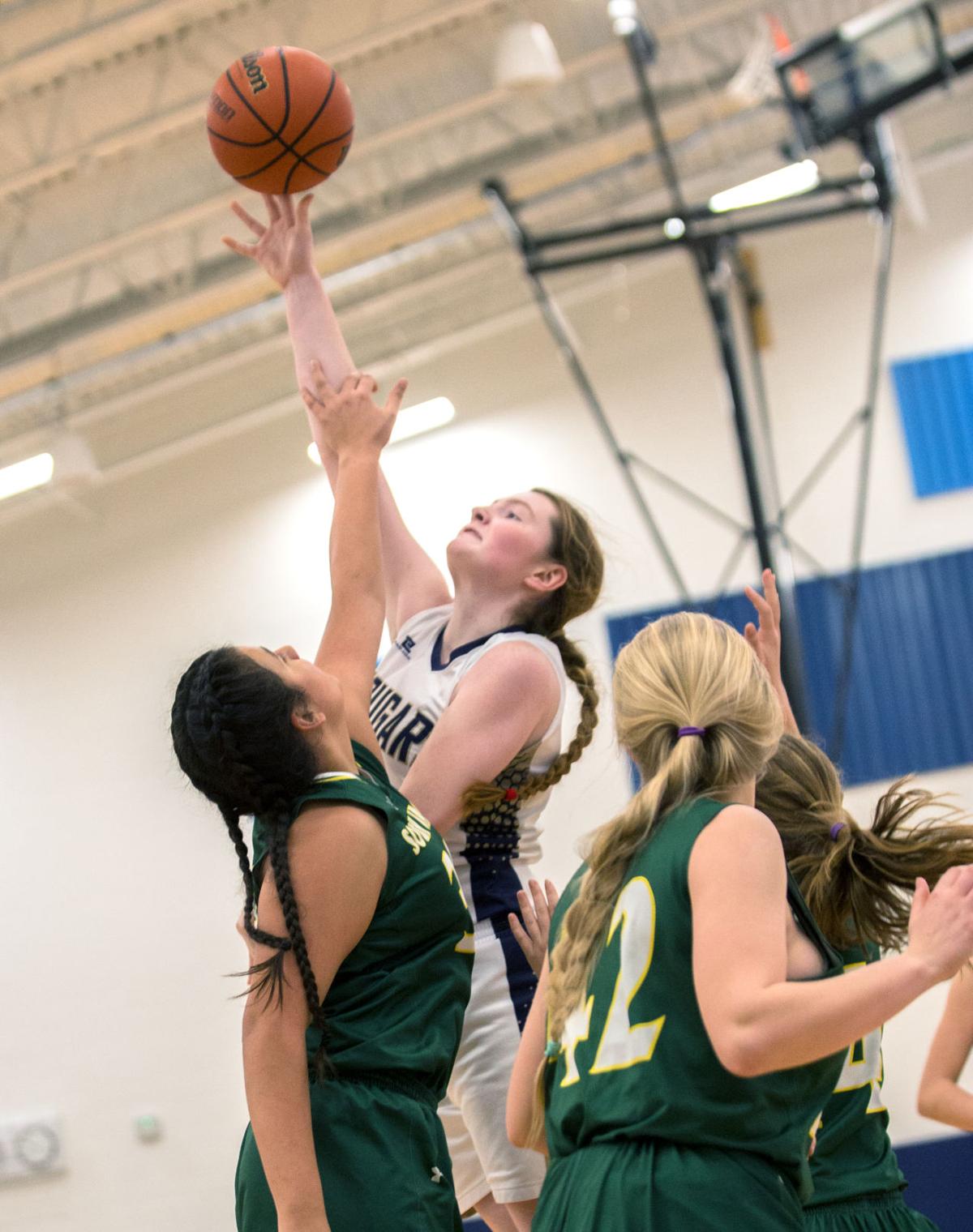 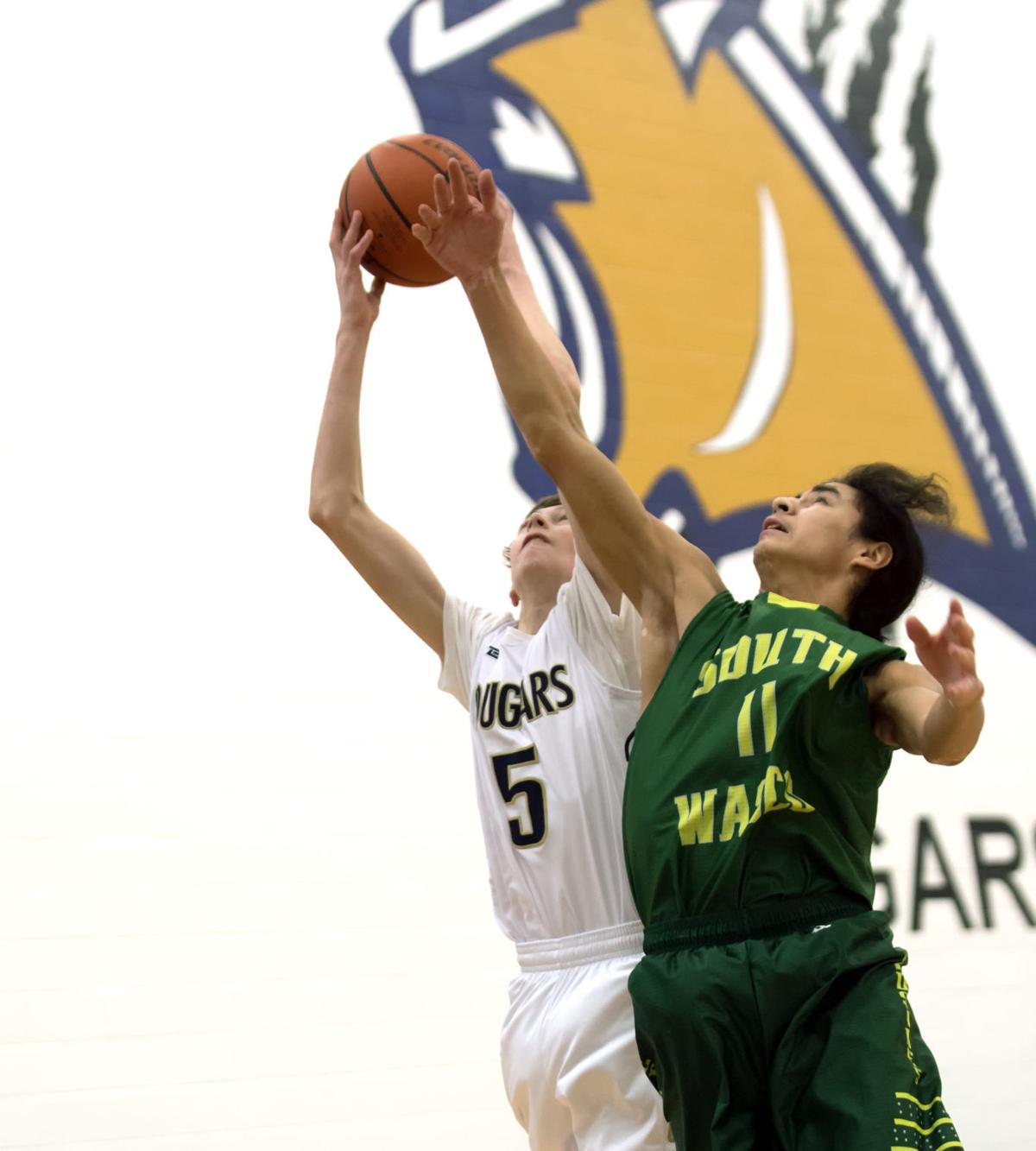 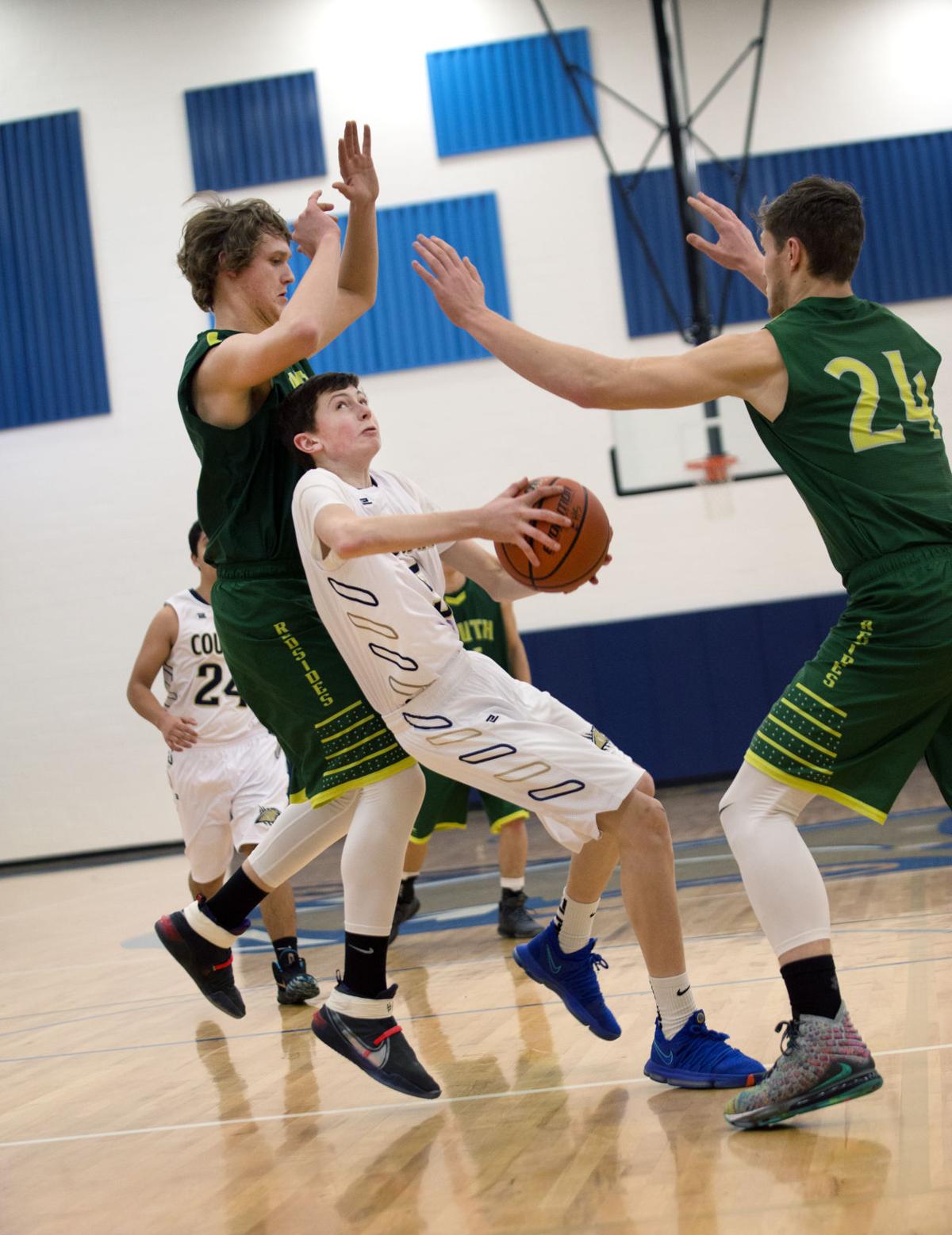 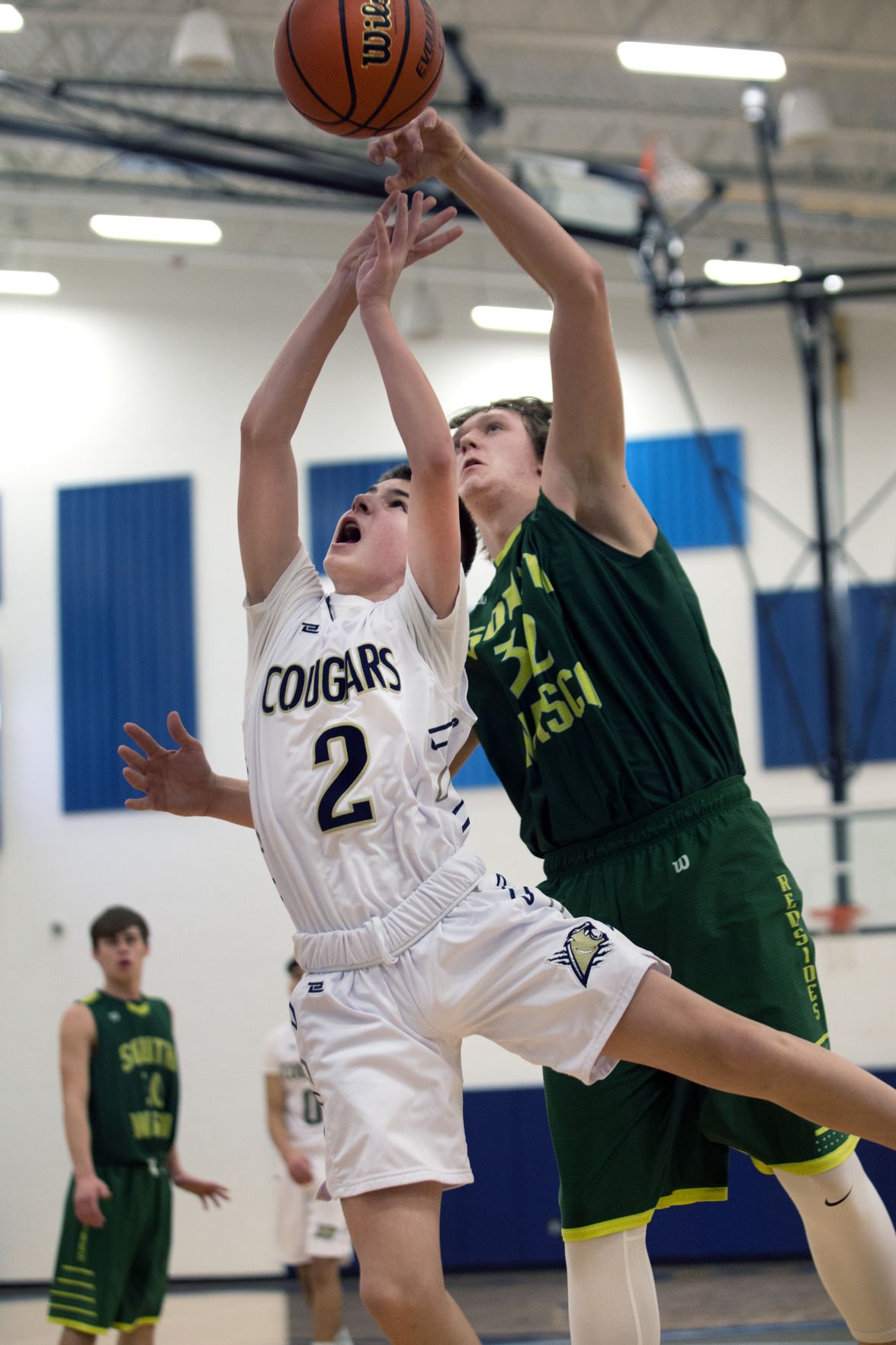 Echo’s Charlei Harwood looks for a teammate under the hoop during Saturday’s Big Sky League game.

ECHO — Faith McCarty scored a game-high 31 points, including nine 3-pointers, as the Echo girls bounced back from a two-game skid to post a 74-36 Big Sky League home win Saturday over South Wasco County.

South Wasco County got 12 points from Jade McCoy, and 10 from Destiny Mora-Lope.

NIXYAAWII 54, WALLOWA 42 — A 10-0 run in the fourth quarter, and pressing defense, helped the Golden Eagles to a home win over the Cougars.

STANFIELD 59, VERNONIA 56 — The Tigers overcame a sluggish first-quarter performance to beat the host Loggers in a nonleague game.

Nyah Tejeda had 17 points for Stanfield, which trailed 19-9 after the first quarter.

Vernonia’s Brooklynn Walters made six 3-pointers to finish with a game-high 18 points.

IONE/ARLINGTON 47, DUFUR 36 — Jessica Medina had a game-high 16 points as the Cardinals beat the visiting Rangers in Big Sky League action.

HEPPNER 50, GRANT UNION 46 — Rebounding from an earlier loss to the Prospectors, the Mustangs posted a Blue Mountain Conference road win over Grant Union.

ONTARIO 41, MAC-HI 40 — The Pioneers ended up on the losing end of a back-and-forth Greater Oregon League game against the visiting Tigers.

Ontario had a five-point lead in the fourth quarter before Mac-Hi chipped the deficit back to one point before the buzzer.

“It was back-and-forth for most of the game,” Pioneers coach Chris Bryant said. “We just couldn’t get that last shot.”

BURNS 44, UMATILLA 28 — The Vikings, despite a tough defensive effort, had a hard time hitting their shots in a home loss against the Hilanders.

NYSSA 51, RIVERSIDE 34 — The Pirates fell behind 18-2 in the first quarter and could not catch the visiting Bulldogs down the stretch in an Eastern Oregon League loss.

ENTERPRISE 65, WESTON-MCEWEN 28 — Cloe Davis had a team-high eight points, six rebounds, and three steals, but the Outlaws ran away with a Blue Mountain Conference victory in Athena.

“We’re starting to execute as a team much better than the start of the season, but we need to shoot at a higher percentage to compete with teams, such as Enterprise,” TigerScots coach Jeff Griggs said. “I was extremely proud of our tenacity and grit throughout the game.”

NIXYAAWII 68, WALLOWA 38 — Tyasin Burns poured in a game-high 36 points as the Golden Eagles cruised past the visiting Cougars to remain perfect in Old Oregon League play.

STANFIELD 74, VERNONIA 54 — Uriel Carrillo and Mario Sanchez each had 15 points, and the Tigers had 10 steals on the night to defeat the host Loggers in nonleague action.

IONE/ARLINGTON 58, DUFUR 34 — The Cardinals used their man-to-man and zone defenses to shut down the visiting Rangers for a Big Sky League win.

Wesley Goad led Ione/Arlington with a game-high 15 points, while Dufur got 12 points from Jacob Peters.

HEPPNER 74, GRANT UNION 68 (2OT) — The host Mustangs had a seemingly comfortable 31-14 lead at the half, but the Prospectors rallied in the second half to tie the Blue Mountain Conference game and send it into overtime.

After each team scored 13 points in the first overtime, Heppner outscored Grant Union 11-5 in the second overtime for the win.

Heppner will travel to Enterprise on Friday for a 7:30 p.m. game.

PILOT ROCK 44, UNION 38 — Tied at 13-13 at the half, the visiting Rockets pulled away in the fourth quarter for a Blue Mountain Conference win over the Bobcats.

ENTERPRISE 63, WESTON-MCEWEN 48 — Theo White had a team-high 17 points and 12 rebounds, but the host TigerScots could not get past the Outlaws in Blue Mountain Conference play.

ELGIN 62, HELIX 25 — The Grizzlies trailed 14-4 after the first quarter and were unable to recover, suffering an Old Oregon League road loss to the Huskies.

UMATILLA 58, BURNS 51 — Omar Campos had 16 points, and Andrew Earl added 14 as the Vikings made off with an Eastern Oregon League win over the visiting Hilanders.

NYSSA 44, RIVERSIDE 35 — The host Pirates were unable to hit critical free throws down the stretch, enabling the Bulldogs to escape with an Eastern Oregon League victory.

Juan Reyna led Riverside with 13 points., while Leonardo Barba had 13 points for Nyssa.

The Bulldogs finished fourth in the team standings at the Mid-Columbia Conference Championships at Whitman College in Walla Walla, Washington.

The highest individual placer of the day was Strong, who finished eighth in the 200 individual medley.

Districts will be Friday and Saturday at Kelso High School.

BLUE MOUNTAIN 80, COLUMBIA BASIN 65 — Wes Persinger had a game-high 18 points and 11 defensive rebounds as the Timberwolves snapped a 12-game skid with an NWAC East home win over the Hawks.