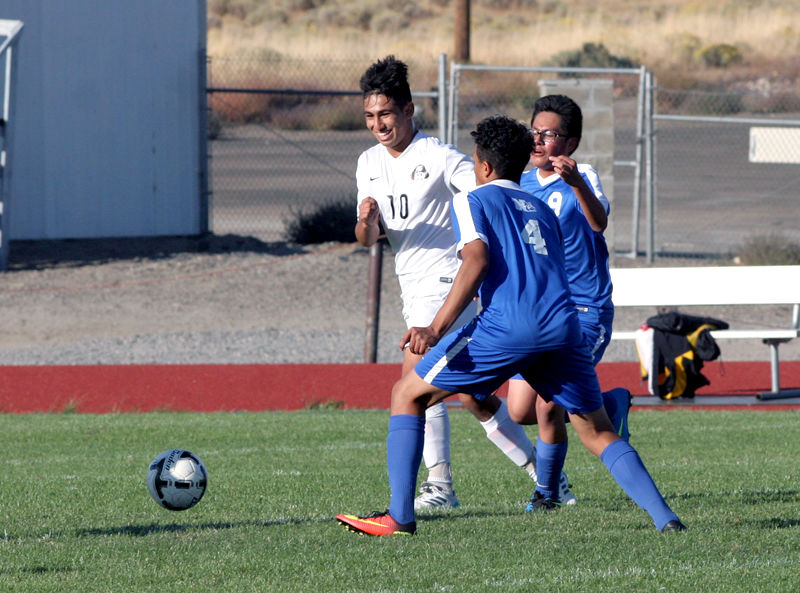 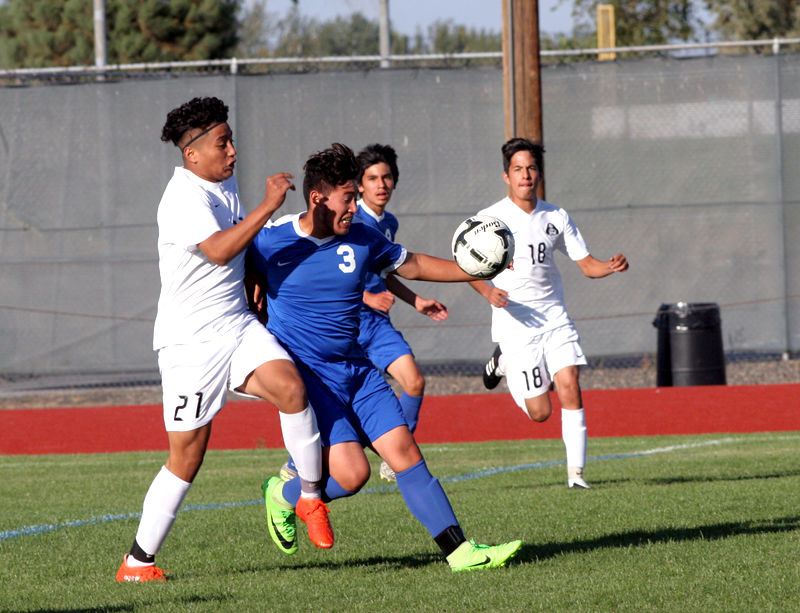 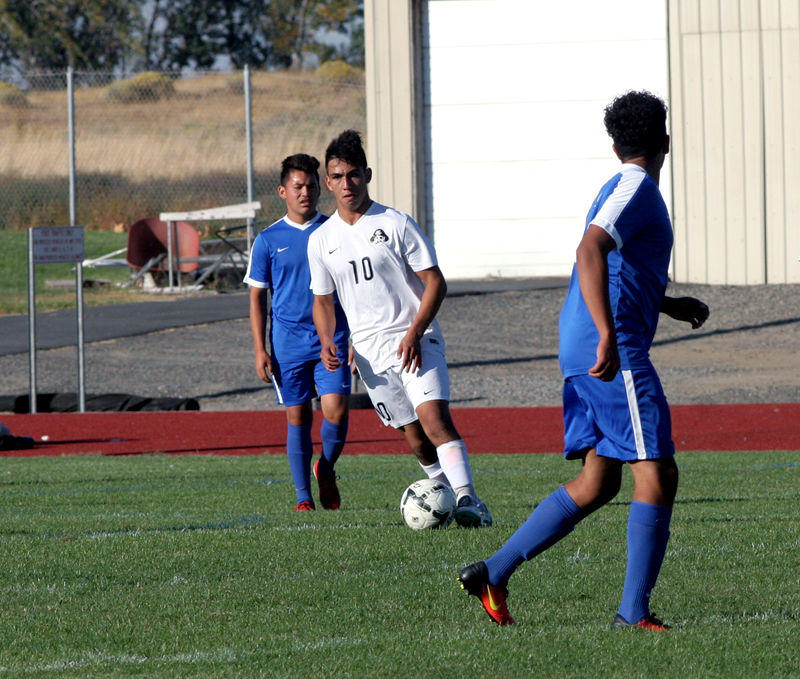 Riverside's Quincy Castillo looks for teammates up the field in Saturday's match at Don Hendrix Memorial Field. The Pirates remain undefeated, as they went on to win 14-3.

Riverside's Quincy Castillo looks for teammates up the field in Saturday's match at Don Hendrix Memorial Field. The Pirates remain undefeated, as they went on to win 14-3.

BOARDMAN — Riverside returned to league play Saturday after narrowly defeating McLoughin earlier in the week to remain undefeated. The Pirates hoped to continue their streak, and did so easily against Nyssa at Don Hendrix Memorial Field at Riverside High School.

The 14-3 victory moved Riverside to 7-0 on the season, and 2-0 in league play. The No. 2 Pirates controlled the entire 80 minutes, scoring five of their goals in the first half and having little to no trouble against the Bulldogs (3-4 overall, 1-1 Special District 4). Which was something Riverside never doubted.

“We expected that to be easy,” head coach Francisco Velazquez said.

Velazquez and the team prepared for the match by studying their opponents, and with Nyssa making the three and a half hour trip after losing three of its last five games the Pirates knew they had the advantage.

Senior Jose Peralta was the star of the show and finished the day with six goals of his own. He scored Riverside’s first two goals in the 6th and 7th minute. The first was on a free kick, and he followed that up will an easy tip in after some action in front of the goal.

Peralta would add one more goal to the board before the half and fellow senior Ricardo Navarro and Julian Elvert Jimenez would each tally a score.

The Pirates went into half time nearly shutting out the Bulldogs, but a late foul in the box extended play until Nyssa knocked one in past Riverside goalkeeper Kevin Ruelas.

After the break, the Bulldogs scored again on a penalty kick just seconds after the Pirates put their sixth goal on the board.

Nyssa scored one more goal on its own accord before Riverside unleashed a scoring fury in the final 25 minutes. The Bulldogs had to ultimately play a man down after two of their players were injured, including senior goalkeeper Jeremias Martinez. The small Special District 4 school came to Boardman with only one substitute.

Along with Peralta’s second half efforts, seniors Misael Madrigal and Luis Olvera and sophomore Ulyces Lopez all scored. But it was Peralta’s skillfulness on the field that elevated the Pirates on their home field

“He’s one of the brains of the team,” assistant coach Jose Duenas said. “He gets along with everybody. Everybody plays together for each other and I think everything just worked out for him today.”

Next on Riverside’s slate is a trip to Irrigon on Oct. 7. As for Nyssa, they will host Umatilla on Friday.