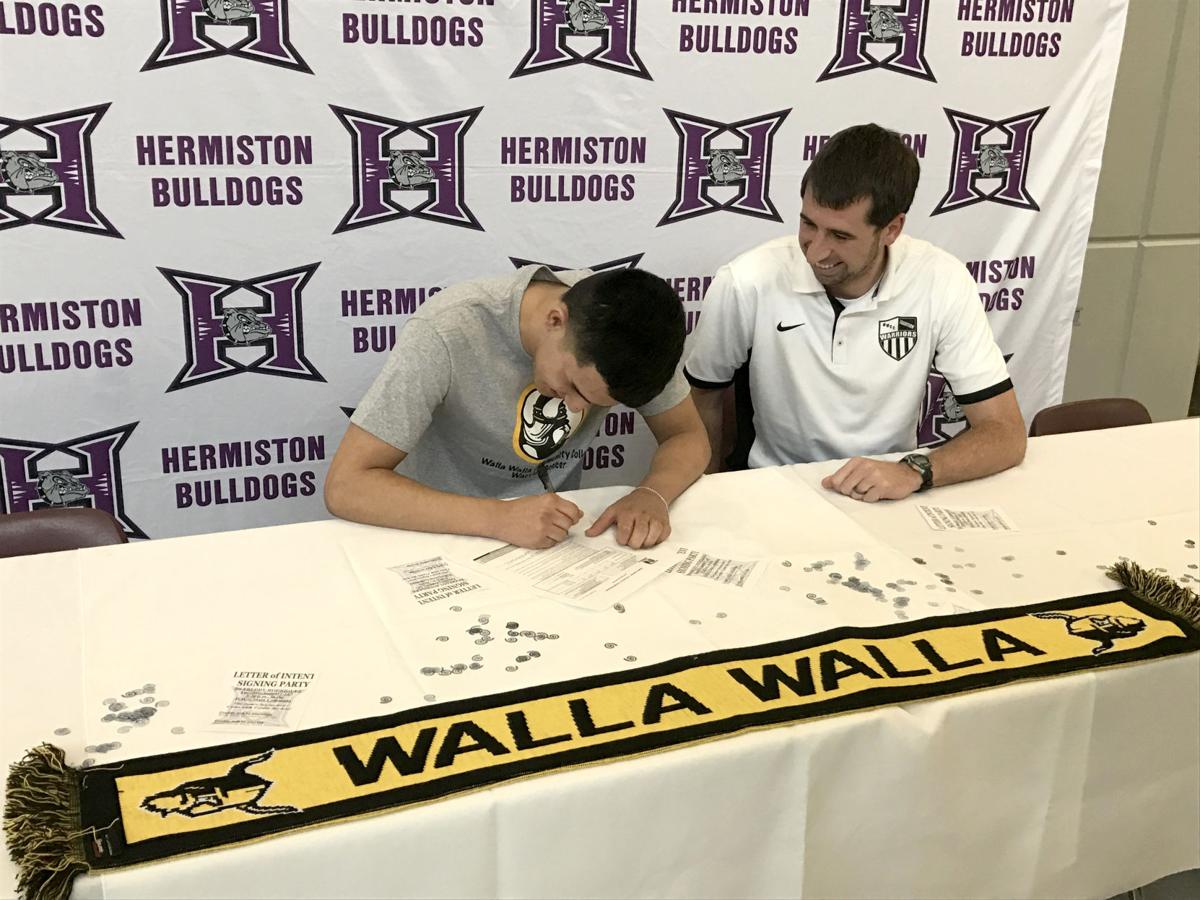 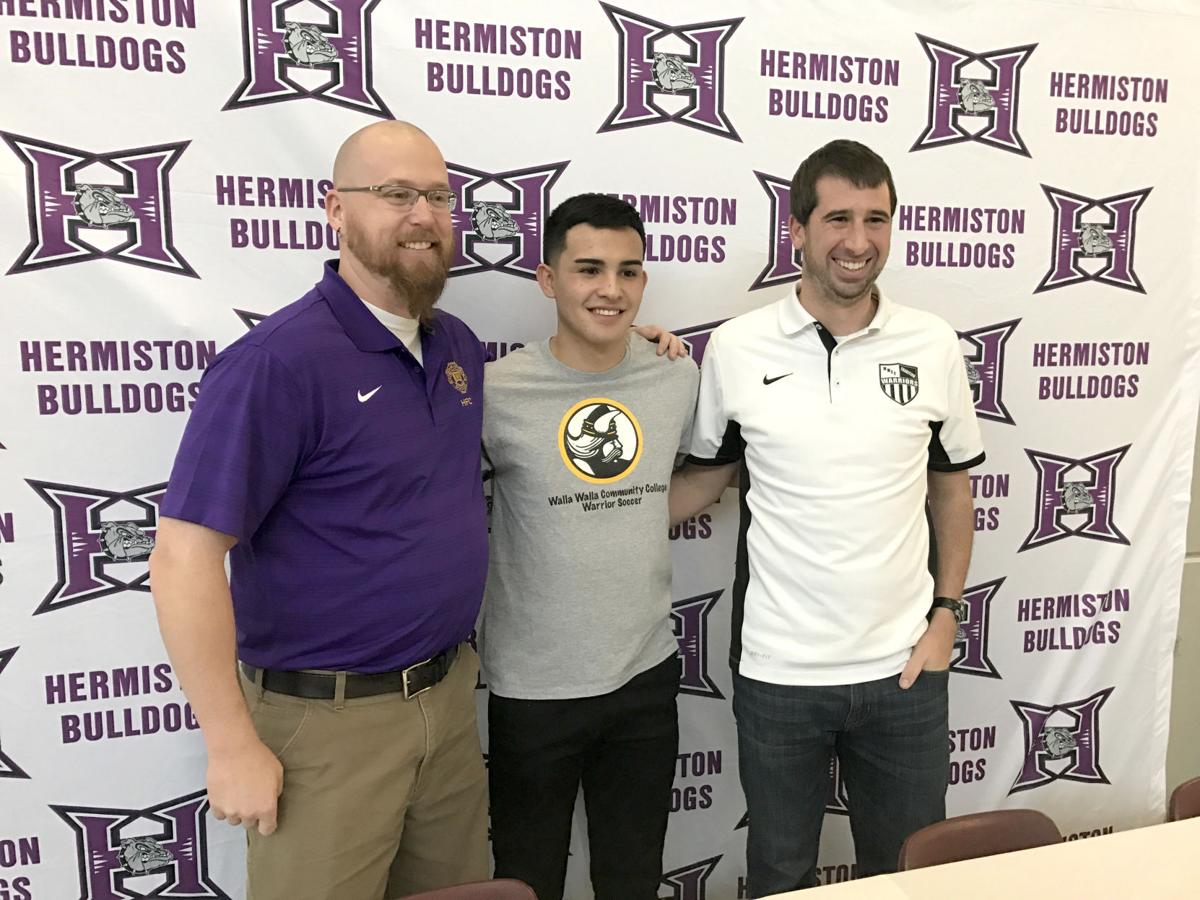 HERMISTON — Dozens of students and faculty gathered in the Hermiston High School commons following school on Tuesday to support a fellow Bulldog and chow down on some free cake.

All eyes were on senior Freddy Rodriguez, as the soccer star signed on with Walla Walla Community College to continue his athletic and academic career. Rodriguez spent nearly every moment of the approximately 30 minute party with a big grin on his face.

“It’s honestly a great feeling,” Rodriguez said Tuesday. “It’s good to know you’re wanted and it feels good to be playing at the next level with friends and teammates, and they’ll all just build on you and you’ll build on them.”

Rodriguez departs Hermiston as a four-year letterwinner at the varsity level, a four-year staple on the all-league teams, and a two-year team captain. Rodriguez capped his career with 24 goals and 12 assists this season — both team highs — plus a first team all-state selection in Class 5A as Hermiston went 12-4-1 overall and advanced to the state quarterfinals for the second straight year.

Walla Walla head coach Ben Rotert was in attendance for Rodriguez’s signing on Tuesday, and said that he’s had his eye on Rodriguez since the 2015 high school season.

“I came out to a match and his movement on and off the ball, the work rate he put himself in goal-scoring opportunities is what really caught my eye,” Rotert said. “He’s a great soccer player and probably a better person, so to have a guy that loves the game, loves to work hard, but is also willing to work in the classroom and just be that overall good ambassador for the program makes it a perfect fit.”

Rotert’s Walla Walla Warriors squad is coming off of a solid season where the team finished 10-6-4 overall and tied for second in the NWAC East division with a 7-6-2 record and 23 points. The Warriors advanced to the NWAC Championships, where they were ousted in the first round by eventual-champion Tacoma 3-1 on penalty kicks.

Rodriguez is anxious to get started with the Warriors, where he wants to continue to grow many aspects of his game.

“I want to evolve my shot, my game speed,” Rodriguez said. “I just want to build up everything I can and be a good all-around player.”

And as he looks back on his Hermiston career, the lack of deep postseason runs or a state championship still stings, but Rodriguez is very proud of what he and his teammates were able to put together, which is a 41-18-4 overall record and two state tournament appearances.

“I’m very proud because everything that I’ve done makes me the person I am today and the soccer player I am today,” he said. “Everything is just a learning experience and that’s hopefully what I’ll learn in college, is there’s always going to be that downfall but you have to stand back up and what ever doesn’t kill you makes you stronger, it really does and so you keep going and you’ll be fine.”

But before he leaves Hermiston, Rodriguez has one more goal in a different sport that he has his eye on.

“Ii want to get to state in the 300-meter hurdles,” Rodriguez said, still with a smile. “That’s what I’ve been doing since freshman year.”