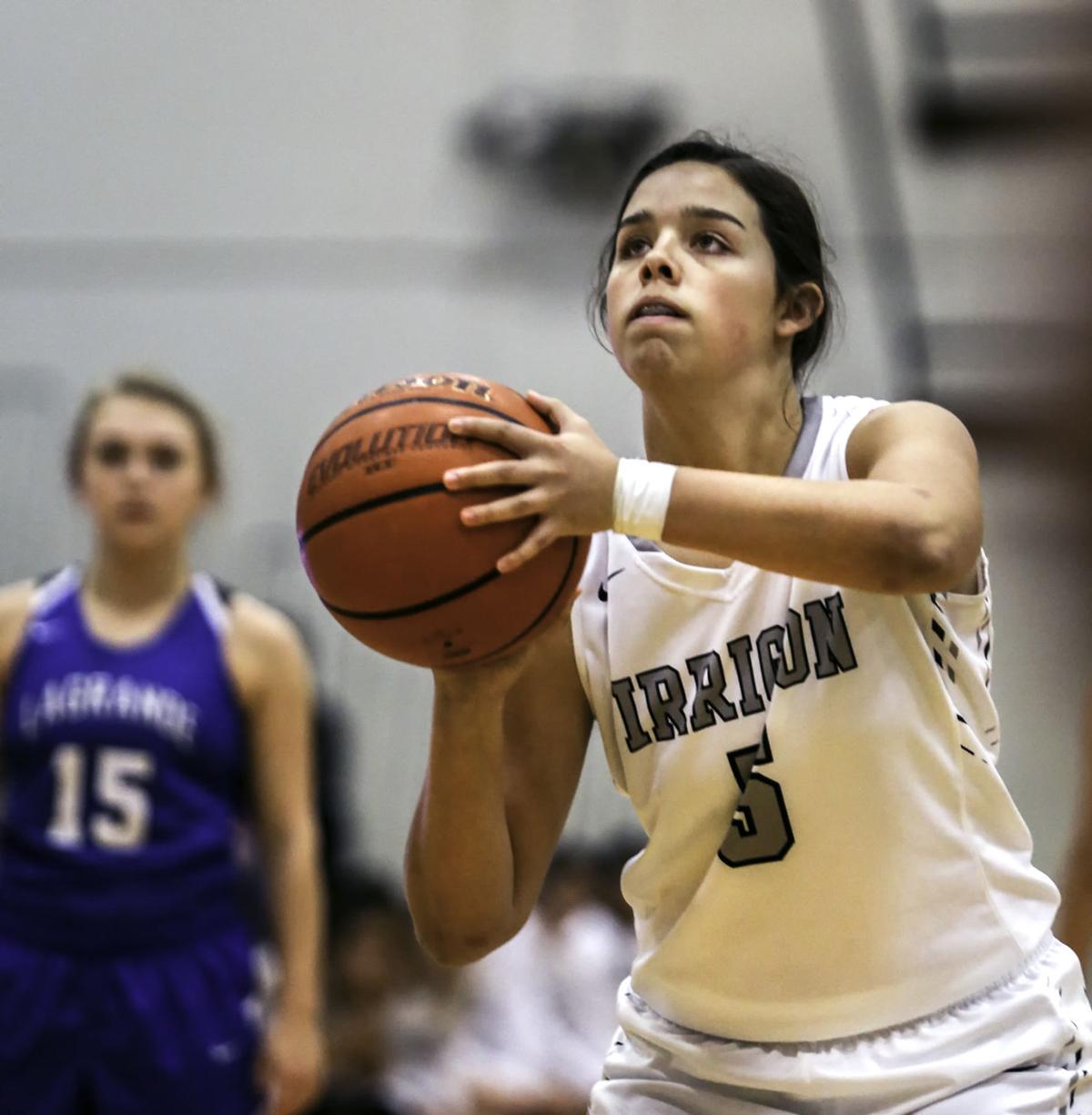 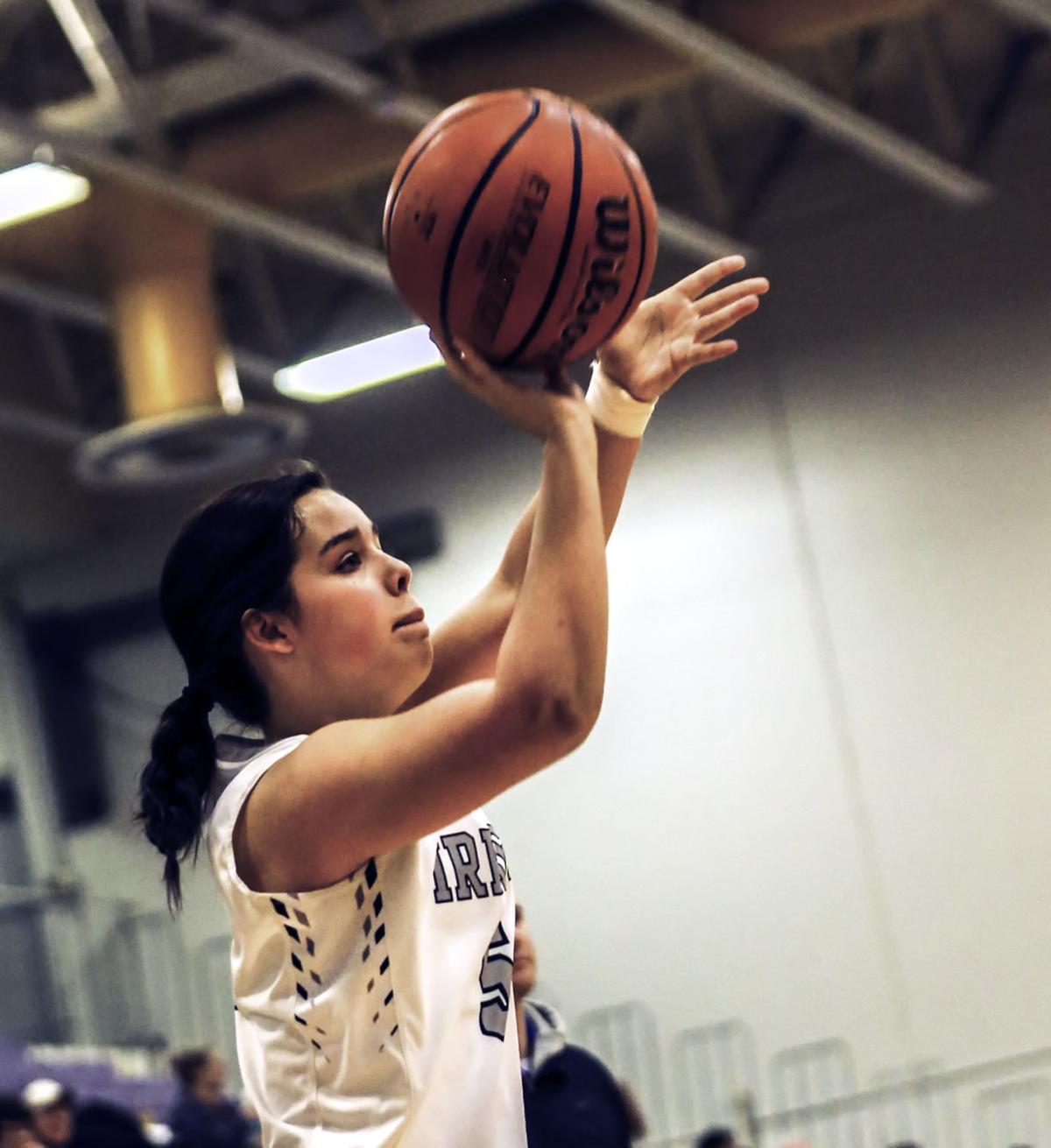 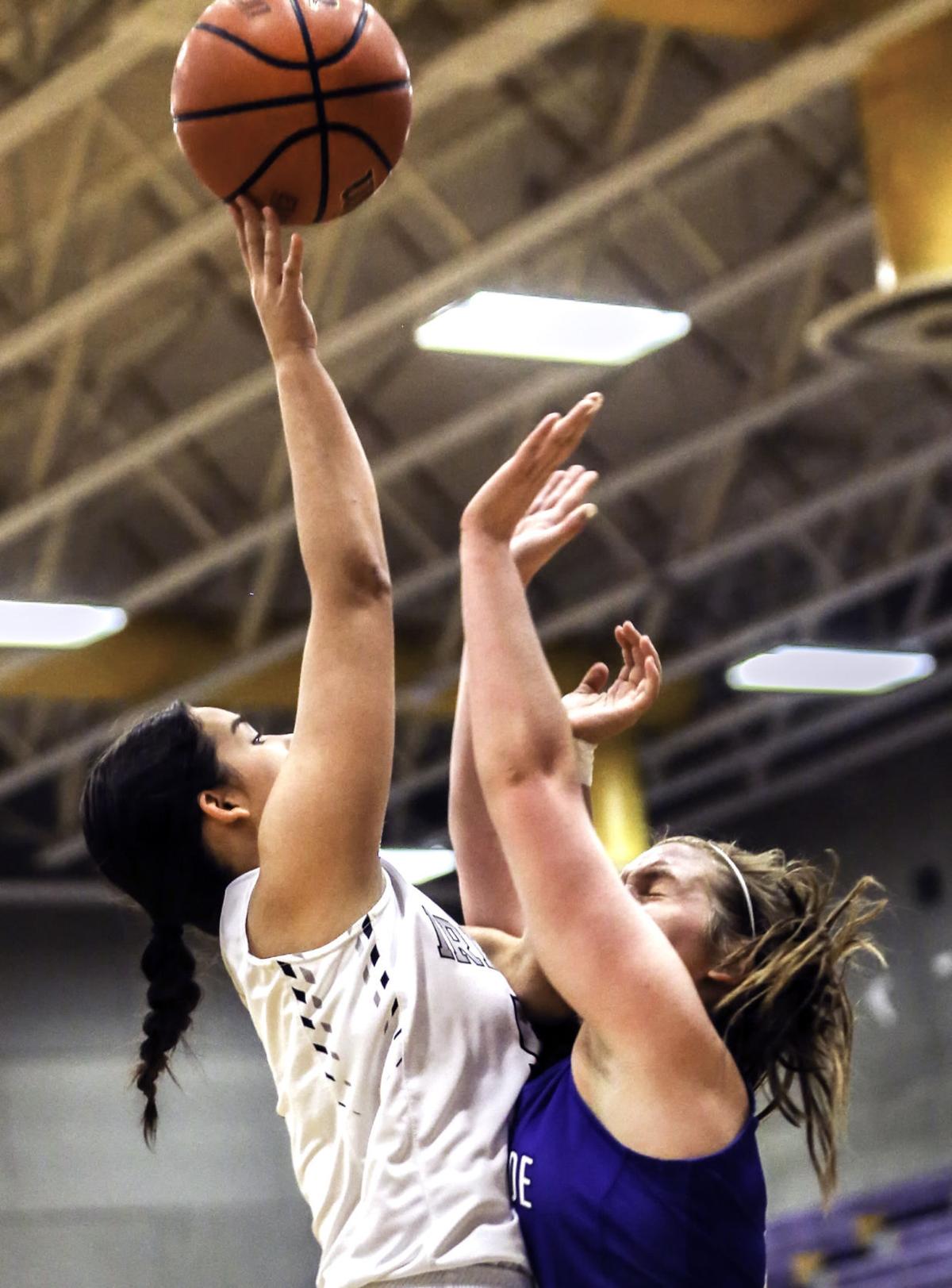 Jada Burns, of Irrigon, shoots over a La Grande player during Saturday's non-conference game in Hermiston.

Jada Burns, of Irrigon, shoots over a La Grande player during Saturday's non-conference game in Hermiston.

IRRIGON — During Irrigon girls basketball head coach Mike Royer’s extensive career, he has coached only a handful of players who reached the 1,000-point milestone — all of whom, until Saturday, where from his years at Hermiston.

There’s a certain kind of player how can accomplish this feat, Royer explained.

“It takes just consistency and you don’t see that very often,” he said.

It also takes years on the court at the varsity level to aid in the process. All of which are components of Irrigon senior Jada Burns’ game.

The three-sport star athlete recently became the first Knight in the girls basketball program to notch 1,000 career points, and for Burns it was just like any other game.

“I was just wanting to win and it happened,” Burns said of Saturday’s game against La Grande, where her 10-point performance helped eclipse a career milestone that she had been working towards the past three years.

Burns’ freshman year in 2014-15 was her first as the starting point guard for the Knights and it was also Royer’s first year at the helm of the program. That year, Irrigon finished 7-13 overall and Burns earned first team all-Columbia Basin Conference honors after she scored 258 points, an average of 12.9 per game.

The following year, again with Burns leading the team on the court and Royer calling plays from the sideline, the team added two wins to its total, ending 11-13 overall. This was Irrigon’s final year competing in Class 2A and Burns’ output drastically increased and turned in 360 points as a sophomore, or 15 per game, once again earning herself first team all-Columbia Basin Conference honors and third team all-state honors.

And last season in Irrigon’s first go in Class 3A, Burns met the tougher competition head on and kept producing night in and night out. She scored 345 points, an average of 15.7 per game, and led the Knights to a winning record (12-10) and was the only junior to earn first team all-Eastern Oregon League honors.

Burns has opened this season with 115 points so far, and is one pace to add at least 150 more to her total by season’s end.

Her early success has been a catalyst for the team, which started the year undefeated before heading into Saturday’s matchup. But a 44-39 loss to the Tigers stained the Knights’ record.

Burns’ accomplishment wasn’t overshadowed by the loss, but it was a hard pill to swallow. The defeat could have turned out to be another tally in the win column, but with Burns suffering from an illness this past week she was not at her best.

“I honestly think if Jada would have been healthy Saturday we might have had a shot at beating them because honestly, she shouldn’t have even played,” Royer said.

But playing through pain just comes with the territory.

“You just have to say it’s for the team and fight through it,” Burns said. “I mean, it was hard to go out there and feel like you couldn’t move and couldn’t breathe but I did what was best for the team.”

As an all-league shortstop in softball, the junior varsity quarterback and varsity backup as a senior, and an all-league volleyball player, Burns has spent many years on the court, on the field and in the dirt.

Each experience building on one another, giving Burns confidence and increasing her athletic ability and smarts.

“It just took a lot of confidence,” Burns said on reaching the milestone. “You start at the beginning and you have to work your way up and you just realize you want to win and you’ll do anything to win and if it wasn’t for my teammates I definitely would never have gotten where I’ve gotten. We build as a team.”

Burns’ success has elevated the level of play across the Knights’ 11-player roster. Now, in her senior year instead of racking up the buckets she’s looking more to dish out assists to her teammates than she has in the past, and still more often than not is leading the team in points after its all said and done.

“This year (Jada) has been a leader for us in assists and just getting us set up and handling pressure,” Royer said. “We always look to Jada and as a coach, it’s been really nice having someone like her as a point guard the past four years.

“I mean, she knows how to score,” he added. “She’s a good scoring threat, and she just knows basketball. She’s a smart basketball player, and is going to have a good senior year too.”