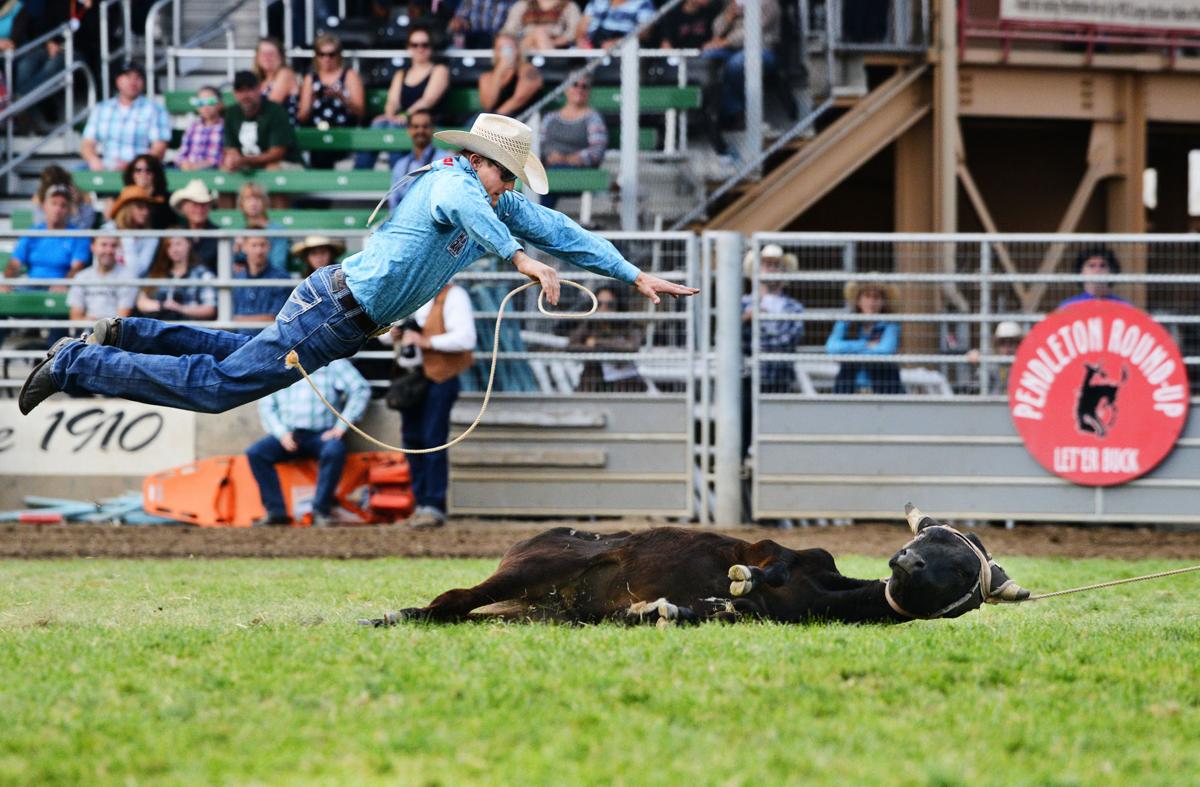 Tuf Cooper of Weatherford, Texas, leaps through the air towards a steer and is dragged through the grass by his horse during steer roping Saturday, Sept. 16, 2017, at the Pendleton Round-Up. 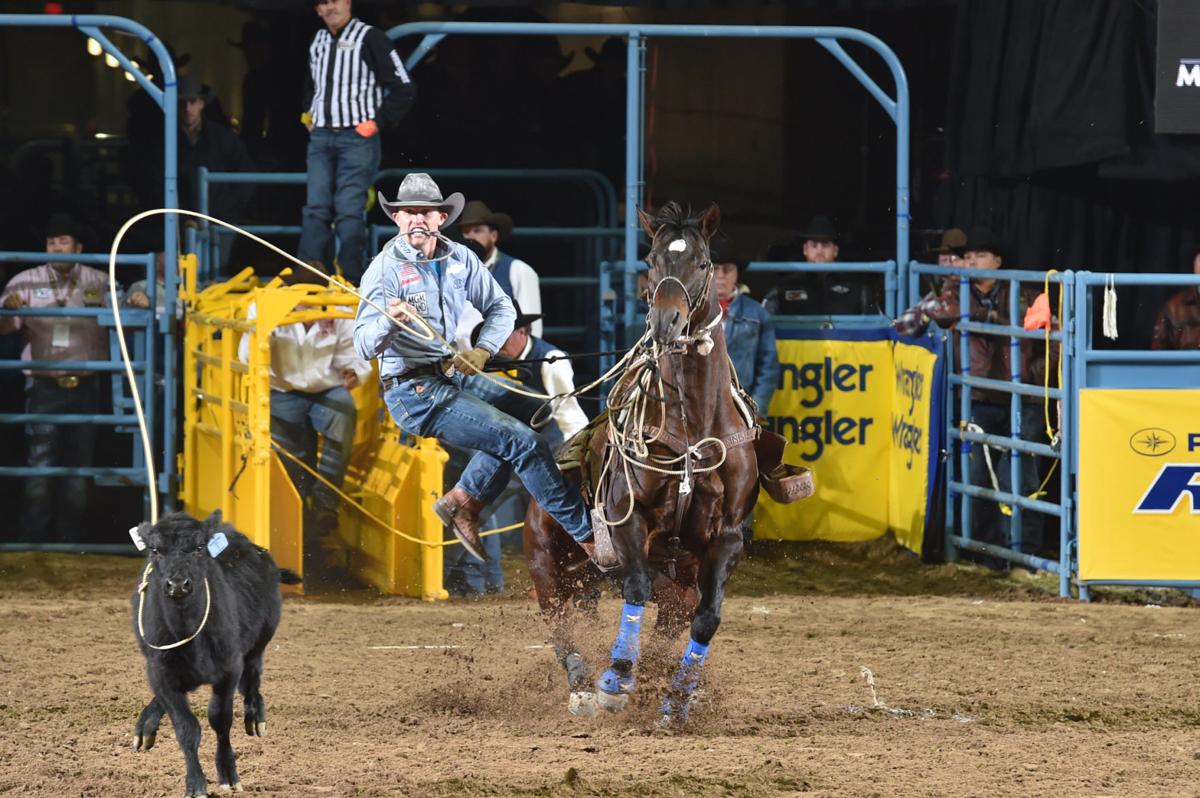 Reigning world all-around champion Tuf Cooper will compete in tie-down roping and steer roping this week at the Pendleton Round-Up.

Tuf Cooper of Weatherford, Texas, leaps through the air towards a steer and is dragged through the grass by his horse during steer roping Saturday, Sept. 16, 2017, at the Pendleton Round-Up.

Reigning world all-around champion Tuf Cooper will compete in tie-down roping and steer roping this week at the Pendleton Round-Up.

As a young cowboy growing up in Texas, Tuf Cooper watched some of the best ropers in the world practice their craft at his family’s ranch.

Cooper gleaned a bit of knowledge from the likes of his father, Roy, Joe Beaver, Trevor Brazile, Cody Ohl and Fred Whitfield.

Now a veteran on the PRCA circuit, Cooper, 28, has won more than $2 million and has titles at rodeos from Calgary to Walla Walla, and everywhere in between.

With one exception. Pendleton.

“I’ve always won good there, but never first,” Cooper said. “I would like to win there. I’ve won the short-go a handful of times, but so many things have to come together. You don’t have a game plan. They run the calves out of the chute and you don’t know what you have until they are in front of you.”

Cooper will try his luck in steer roping and calf roping this week. He is scheduled to compete in slack Monday through Thursday, with hopes of making the finals Saturday afternoon.

“That’s the luck of the draw,” Cooper said. “We can’t all be in the performance.”

A title by Cooper would put him on the famed wall on the back of the Pendleton Round-Up stadium — an honor his dad had in 1978 when he won the tie-down title, and again in 1982 and 1984 when he won all-around titles.

Roy Cooper was inducted into the Pendleton Round-Up Hall of Fame in 2010. During his career, he made 19 trips to the NFR, won eight world titles, was the first man to earn $2 million on the circuit, and is a member of the Pro Rodeo Hall of Fame.

“I have been very blessed and fortunate,” Cooper said of his mentors. “They definitely gave me all the opportunities in the world. It’s up to every kid to ask questions and put in the work. They can’t do the work for you.”

Cooper already has punched his ticket to his 11th National Finals Rodeo as the regular season comes to an end this month.

“It’s coming down to the fourth quarter,” Cooper said. “There aren’t many big ones left. Puyallup, this weekend (Lewiston) and Pendleton. Vegas pays so much, that leads aren’t as important as they once were.”

Cooper added steer roping to his schedule a couple of years ago, and the decision has paid dividends, including his first all-around world title last year.

“I just kind of picked it up the last couple of years,” he said. “It’s awesome. It allows me to compete more, and that’s what I love to do. It pays good and you can make some good money.”

And, it puts him in the running for the all-around title, which requires cowboys to compete in at least two events.

“I think I’m too big to ride bulls,” Cooper said with a laugh.

Adding a second event also has allowed Cooper to cut back on the number of rodeos he competes in.

“It has been absolutely amazing,” he said. “We have gone to 30 or 35 less rodeos. We just try to make the ones we are at really count.”

That includes the rodeos like the Calgary Stampede, where earnings do not count toward PRCA earnings. Cooper won the tie-down roping in Calgary and pocketed $100,000.

“Even with the exchange rate, it was still a good payday,” he said.

The Pendleton Round-Up Grounds are one of the only ones with grass, unlike the typical dirt arenas of most rodeos. This makes Cooper adjust his preparations.

He will not ride his horse Topaz. Instead, he hopes to borrow one of Brad Goodrich’s horses.

“He usually has one or two that is sure-footed and that has been to Pendleton,” Cooper said. “Being on grass changes everything. On dirt, your horse has better footing. Grass is slick.”

Though his horse may not prefer to compete on grass, Cooper is looking forward to it.