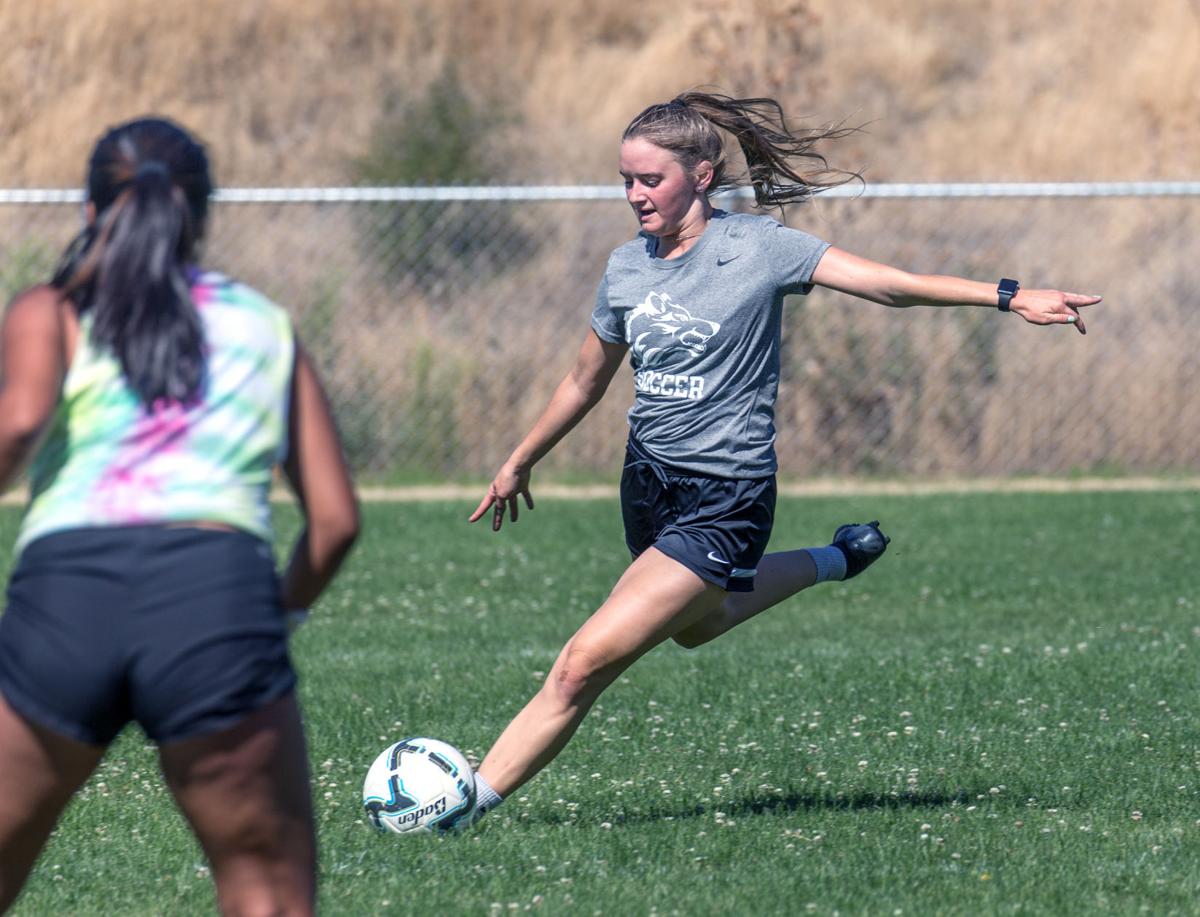 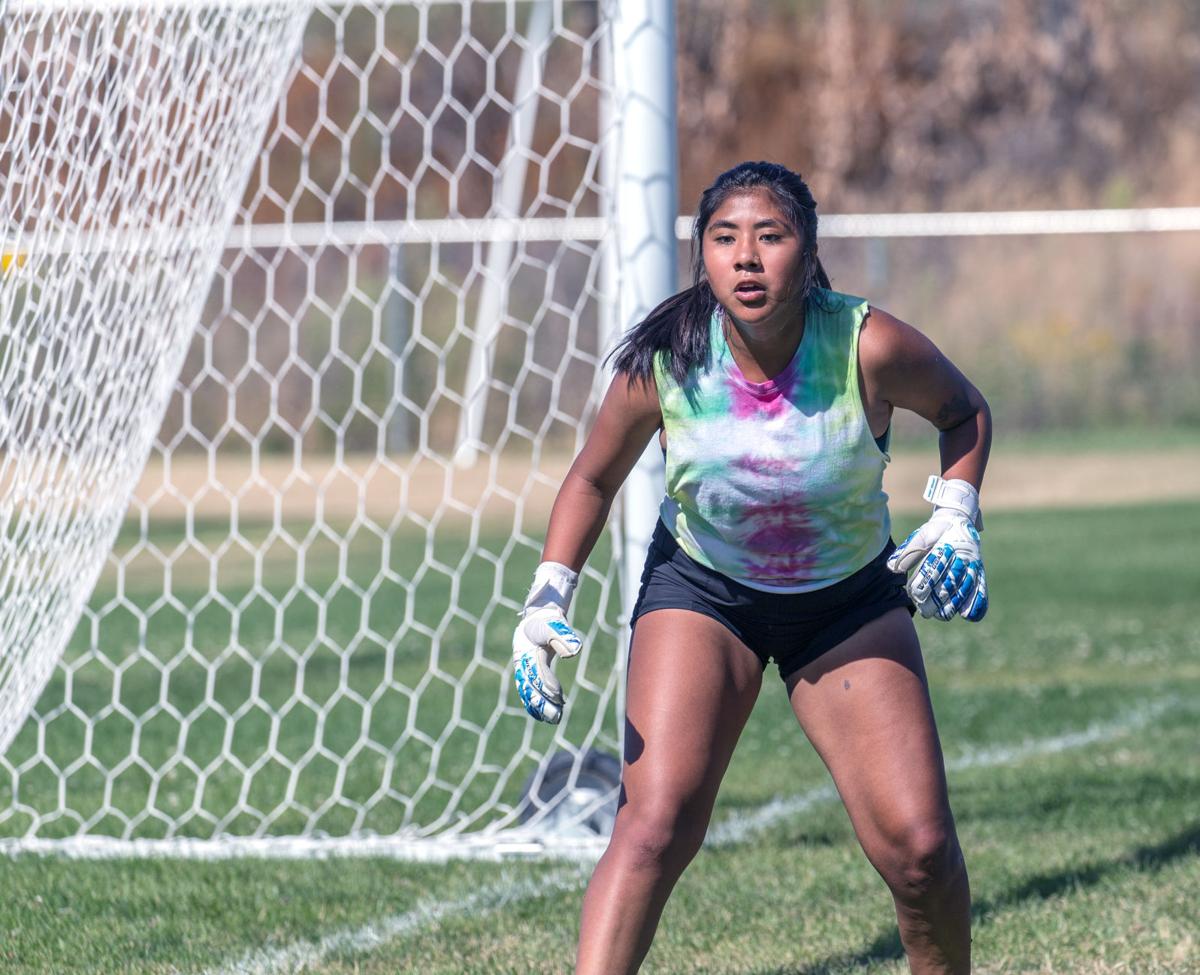 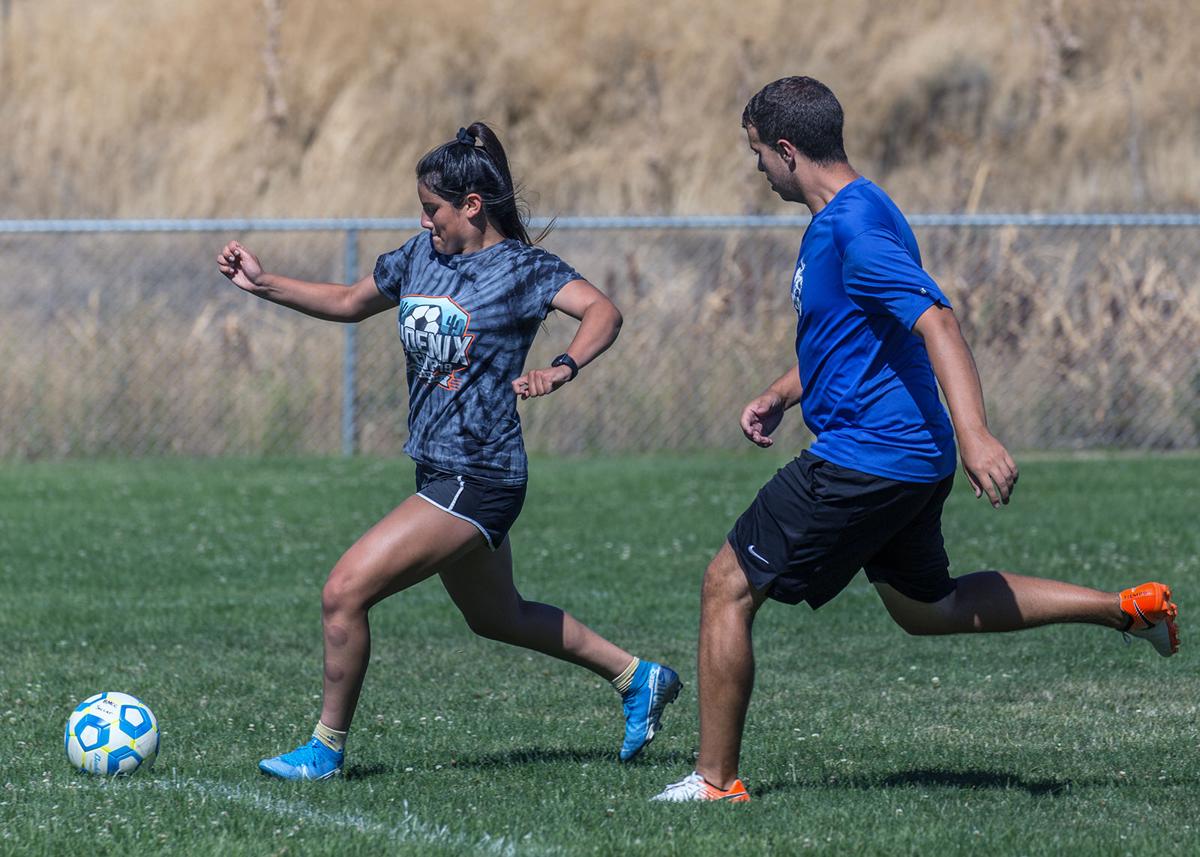 Isabelle Soto gets ready to take a shot on goal during Tuesday’s BMCC soccer practice as head coach Jordan Hillmick runs behind. 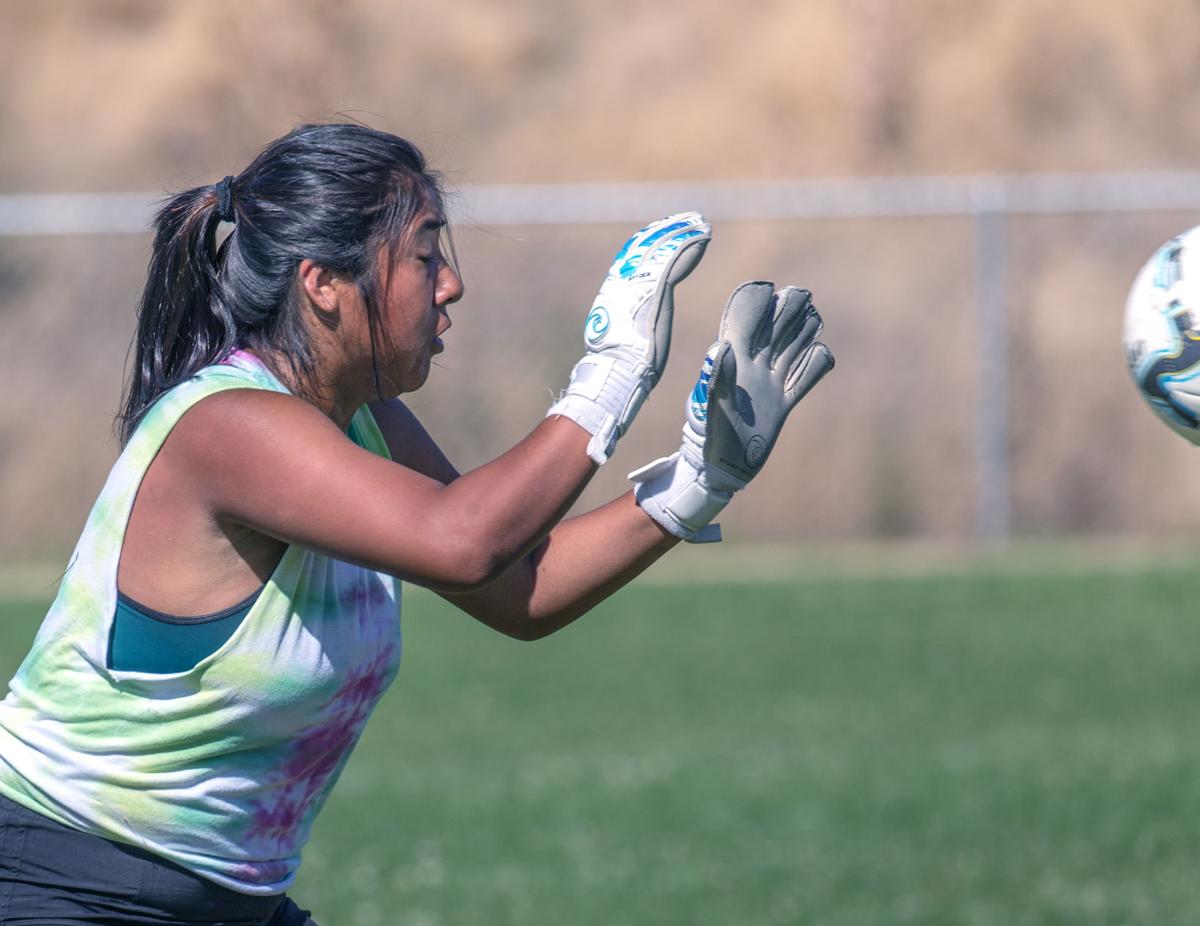 Isabelle Soto gets ready to take a shot on goal during Tuesday’s BMCC soccer practice as head coach Jordan Hillmick runs behind.

PENDLETON — It was over 90 degrees early Tuesday morning, but that didn’t stop the Blue Mountain Community College women’s soccer team from hitting the field for their first of three practices for the day.

The team powered through over two hours of scrimmages and drills in preparation for a season that they hope will help bring a winning formula back to the Timberwolves’ program.

“We’re trying to change the culture around here,” head coach Jordan Hillmick said. “We want to having a winning program at BMCC again.”

Hillmick returns to helm the team for his second year. He is assisted by Rosie Salisbury, a former Eastern Oregon University soccer player, and Jonathan Wolotira, both of whom are in their first season with the Timberwolves.

Blue Mountain is coming off a one-win season in which they finished 1-14-1 overall and 0-13-1 in Northwest Athletic Conference action. They were the bottom-ranked team in the East Region standings. Their sole win came in the form of a 4-0 shutout over Grays Harbor that opened the season.

“We set the tone really early last year,” Hillmick said. “We wanted to bring a positive energy and see what the girls could do. We competed for a while, but still had a ways to go. Growth is the biggest thing. We want to continue to improve every day and be value members to the community and in the classroom.”

Blue Mountain has already played two official games so far this preseason. They opened play last Thursday with a 2-1 win against Grays Harbor, but followed it with a 4-0 loss to Bellevue the following day.

“It shows the ceiling for these girls,” Hillmick said of their preseason progress. “It shows their potential and dynamic. The girls come in hungry every day. They want to get better. They’re eager to get to work. It’s exciting to see.”

Along with co-team captain McKell Wilson, Hillmick said the team’s central leadership will provide the support needed to take the first steps toward success. Wilson shares the captain title with Anteau and Luna.

“Our leadership has a unique dynamic,” Hillmick said. “They’re building a foundation every day. They know what works well for our team, and what needs to change. They know the good and the bad.”

As it turns out, a solid team chemistry is a top priority.

“We’re going through some bumps right now,” McKell said. “We’re all from different places and backgrounds. It takes a while to click, and to know how each other plays.”

Luna led the team with 16 goals scored last season. She noted that before the team can improve their chemistry, they’ll have to improve their health first. The team is currently overcoming a flu that spread amongst the players while they were in Seattle last week. Roughly ten athletes, she said, caught the virus.

“We’re recovering right now, so we’re still trying to get the whole team back together,” she said. “After that, we’ll be ready to go.”

Local fans can catch the Timberwolves in action at their next game, in which they’ll host Whitman on Thursday, Sept. 5.

The Timberwolves open their NWAC run on Wednesday, September 11, with a home game against Columbia Basin Hawks, who ranked fifth of eight in last season’s East Region standings.

“We return a group of leaders ready to make their mark on the team,” Hillmick said. “We’re super excited for this year. The girls have a lot of potential to do a lot of great things. They’re ready to compete.”