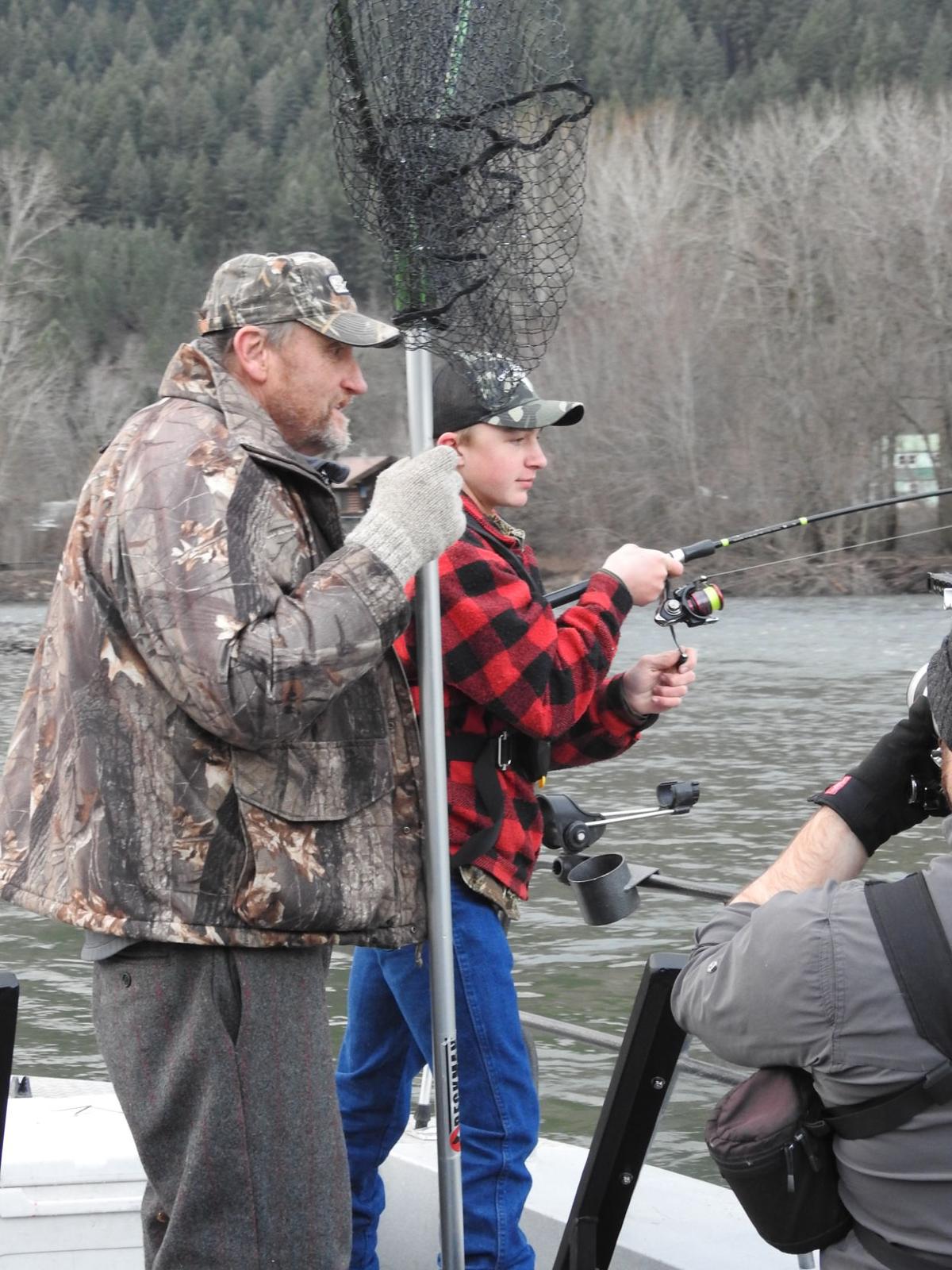 Phil Jost waits with the net, while Gus Smith battles a steelhead on the Clearwater River. 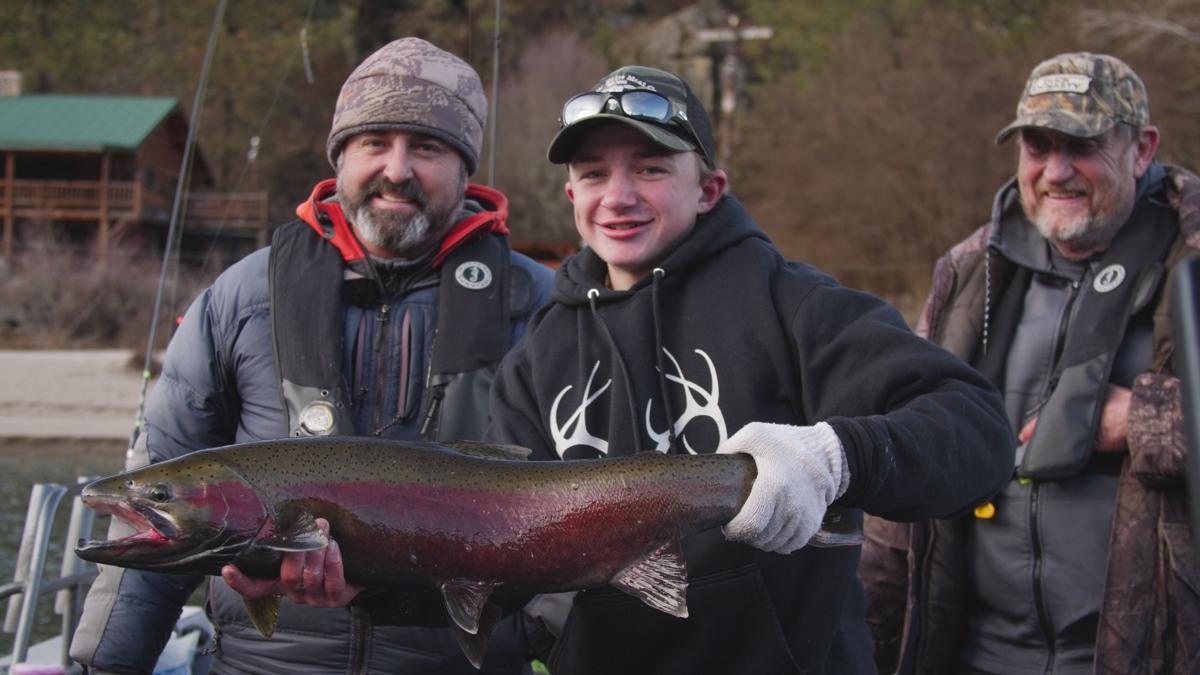 Gus Smith with the last steelhead of the day, a fish that bit a side-drifted silver corky. 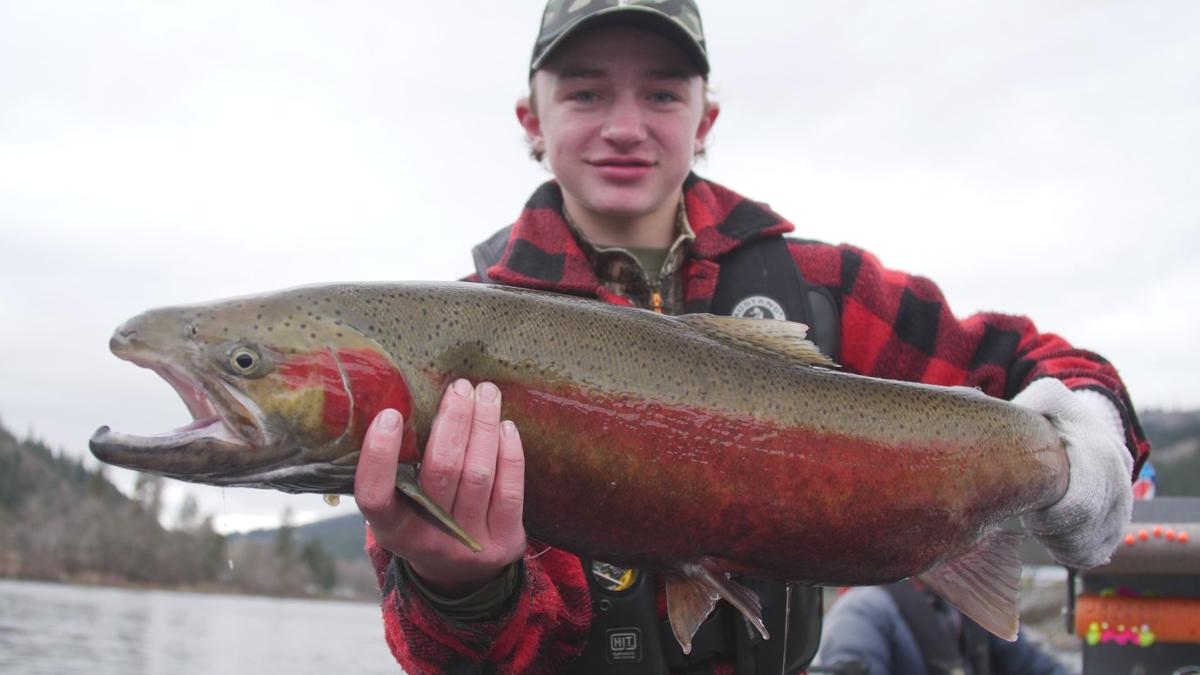 Too big to keep, this hatchery fish was returned to the water. Idaho’s Clearwater River reopened for steelhead fishing on Jan. 1. 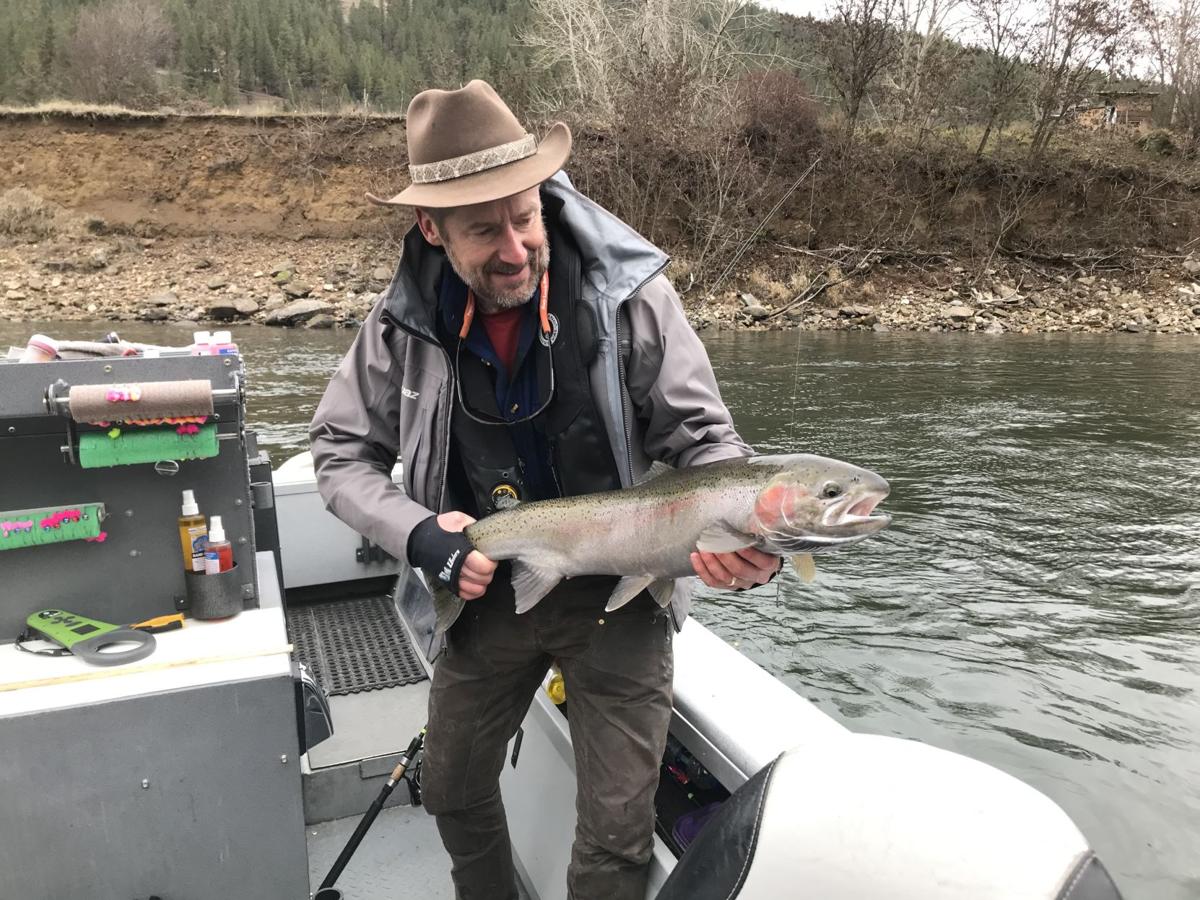 Phil Jost waits with the net, while Gus Smith battles a steelhead on the Clearwater River.

Gus Smith with the last steelhead of the day, a fish that bit a side-drifted silver corky.

Too big to keep, this hatchery fish was returned to the water. Idaho’s Clearwater River reopened for steelhead fishing on Jan. 1.

LEWISTON, Idaho — All last summer, all through the fall, from the mouth of the Columbia at Astoria, all the way to Idaho’s Clearwater, fishing for steelhead was closed until the hatcheries deemed they had enough fish to meet hatchery brood stock production requirements.

Then the Clearwater River reopened to steelhead fishing on Jan. 1. We arrived on Jan. 2.

It was a rare opportunity to fish over steelhead that may never have seen a hook in the 500-mile journey up from the salt. The Clearwater shined black chrome in the starlight beside that ribbon of Highway 12 that links Lewiston to Missoula. We hit Orofino and the Pink House launch a few minutes before sunrise.

Toby Wyatt didn’t tell us we should have been there yesterday, but he did say his boat accounted for 18 steelhead landed on the day the river reopened.

We motored out into Black Rock, the first run just upstream of the launch.

I tried to picture the bottom of the river on this bend hole with an easy riffle and slack water in the corner. Perhaps steelhead were stacked like cordwood beneath us.

Wyatt had his hand on the tiller. Sam Pyke stalked back and forth with the camera. Fifteen-year-old Gus Smith leaned into gray-bearded Phil Jost, who spoke steelhead truths in low tones. It was Gus’s first steelhead trip.

Believe the fish are there. Try to see them in the dark water, torpedo shapes in various shades of the rainbow. Bumping against each other, 15 to 18 inches off the bottom, their gill plates open then close, straining water through the rakers.

The top of the river slid past the boat.

Wyatt kept us in sync with a flow of water beneath the faster top current, our baits dead-drifted, the weights bumped through pod after pod of big B-run Idaho steelhead.

On the first drift I felt a fish chew the bait and when I lifted the eggs out of the water, I put a new clump under the egg loop. And started talking to myself.

The rod will get heavy. Set the hook. Fast as a rattlesnake.

On the next drift the rod loaded and I swept the tip up and found myself hooked into the first B-run of the morning. I lost it five minutes later with just a glimpse of rainbow in dark water.

Through the battle we had drifted below the other boats. Now as we powered back upstream, every other boat had a fish on.

Wyatt hooked the next one, on a pegged orange corky, and Phil hooked the one after that, both of which young Gus landed.

I switched from fishing eggs and cast a clown corky with chartreuse yarn, and a shrimp, hooked once through the tail, eyes looking back, the way shrimp swim, the way steelhead eat them in the ocean. And the steelhead loved it. Or hated it.

They crushed it. They grabbed and held on. Over the next four hours and fifteen minutes, I landed five steelhead. The biggest was 15 pounds and the smallest 10 pounds.

In the bow of the boat, Gus concentrated on feeling the bottom of the river in the graphite rod. He set the hook and missed fish and landed fish that Wyatt and Jost handed him, but he yearned to earn that first honest fish. No one could help him.

We didn’t stop for lunch. Wyatt cooked bacon burgers on the stern while we backtrolled plugs. The right rear rod buried with the weight of a big fish. Gus landed it, big smiles all around, and we estimated it at 13 pounds, a beautiful red-striped B-run steelhead. Gus wasn’t through. He needed to feel the bite and set the hook.

After lunch we fished through the slide hole, through the pole yard hole and back down to Black Rock.

His feet locked under the lip of the bow, Gus concentrated on the rod tip, felt the bump-bump of the weight, visualized the silver corky and chartreuse yarn and the backward shrimp down in that dark water, and then the rod got heavy. He set the hook. Five minutes later he returned the crimson-striped steelhead back to the river.

Steelhead fishing on the Clearwater will continue through April 30. The daily limit is one steelhead 28 inches or less. In case you were wondering, we didn’t catch any fish under 30 inches. That was fine with us.

Gary Lewis is host of Frontier Unlimited and is the author of John Nosler Going Ballistic and other titles. To contact Gary, visit www.garylewisoutdoors.com.