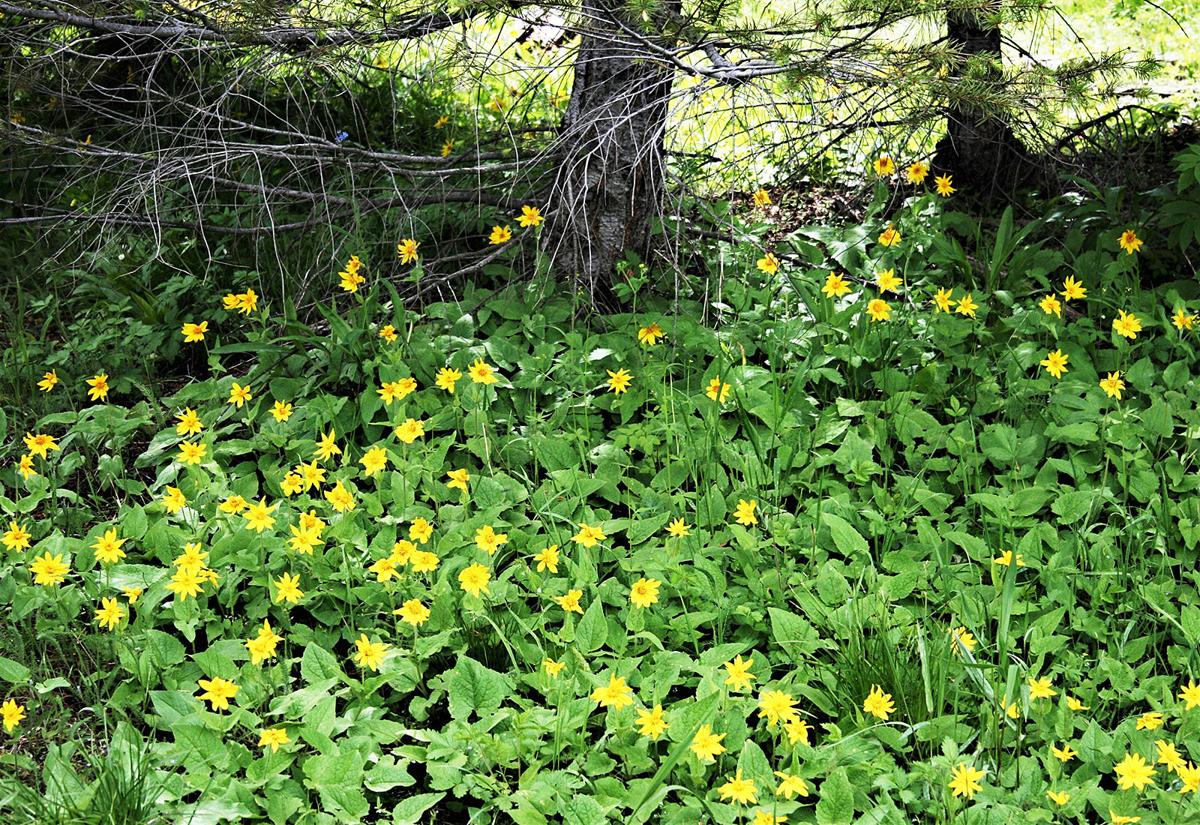 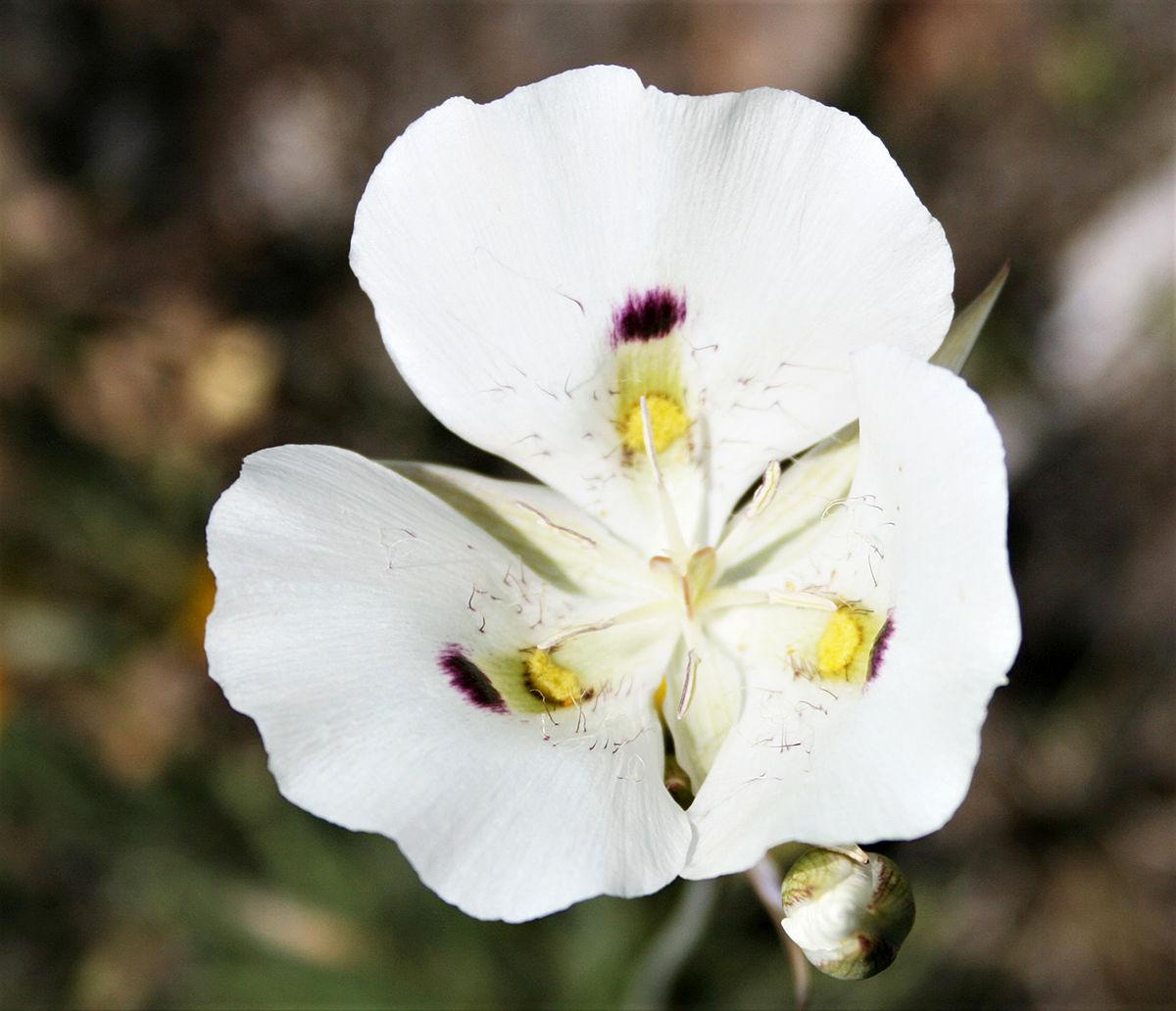 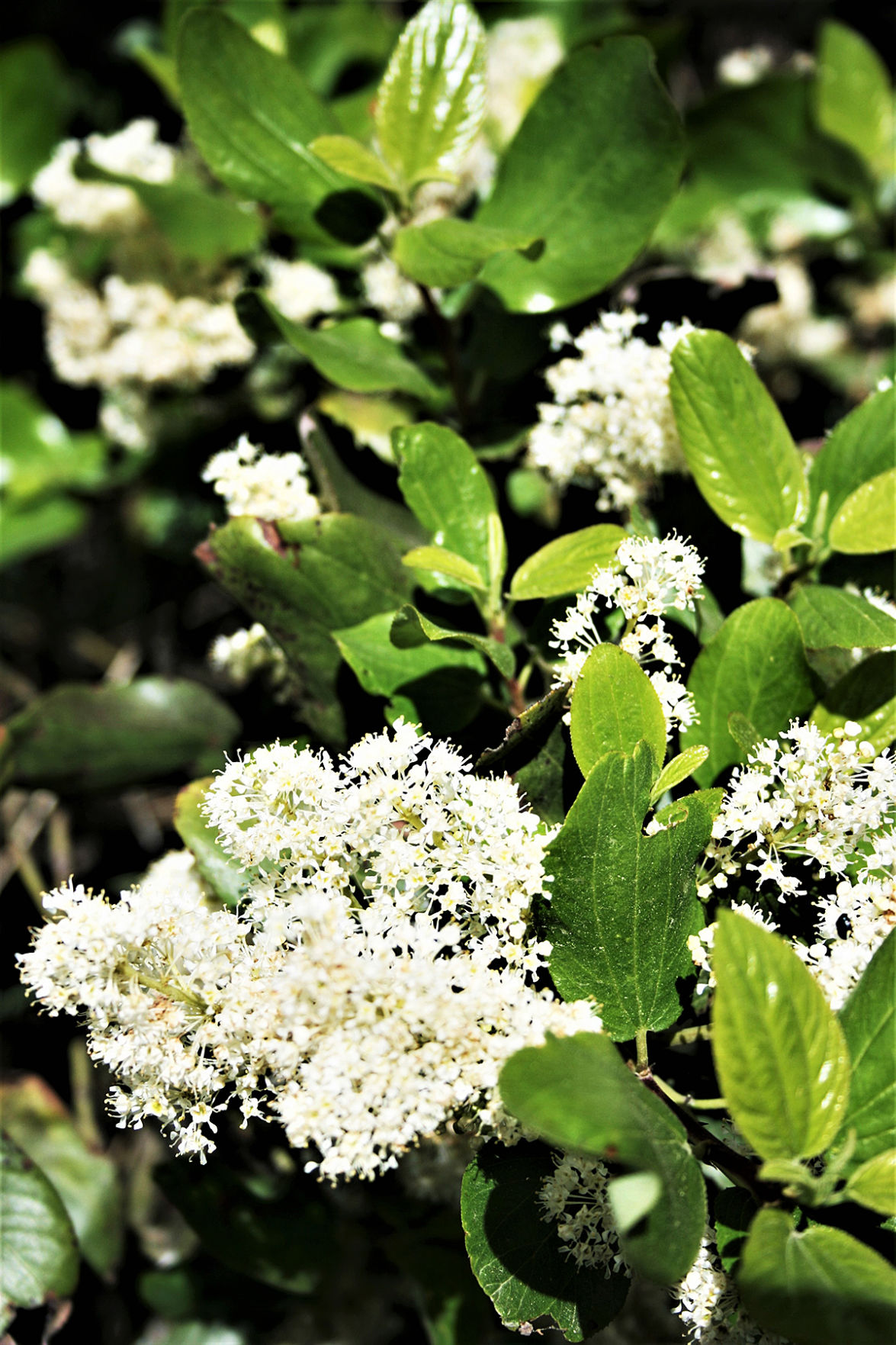 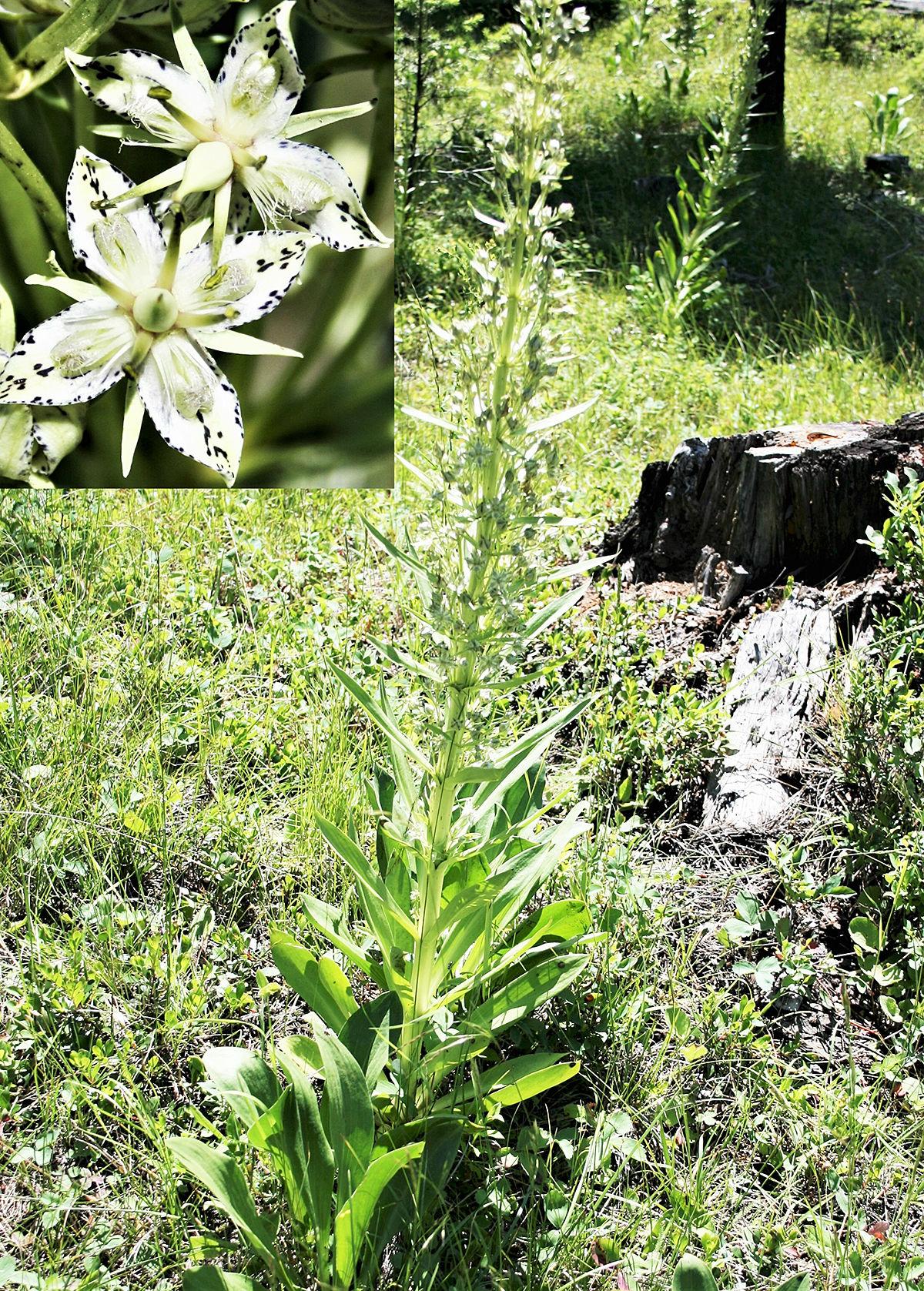 Last week, I drove from Interstate 84 to Ukiah and back north over Battle Mountain, with short side trips. The weather was perfect. Many plants in that area are at their peak of blooming. The only plant featured here that is not from this trip is the Snowbush, which was up on Ruckel Ridge.

Heartleaf arnica (Arnica cordifolia): This is a rather common plant that likes shady places and is often found in large patches in the woods. It grows from Alaska to California and New Mexico, and east to Manitoba and Michigan. Its heart-shaped leaves help identify it, along with the yellow ray flowers and yellow or yellow-orange central disks. Various arnica species, including this one, are currently used as a homeopathic medicine, and by some Indian tribes for medicinal purposes.

Bigpod mariposa lily (Calochortus eurycarpus): The bigpod mariposa is a beautiful, rather simple plant that is a delight to see. It’s found east of the Cascades, from Washington to Nevada, Montana and Wyoming. The only leaves are few, linear, and attached at the base. A single thin stem about 1 foot high holds one to five cup-shaped flowers. Each flower has three fan-shaped petals about 2 inches long and three lance-shaped sepals underneath. The petals are white when they first open, and slowly fade to lavender. Some tribes used the bulbs and buds of most species of Calochortus for food and medicine, though I could not find specific information for this species.

Snowbush (Ceanothus velutinus): A few weeks ago, I described Ceanothus sanguineus, which has similar flower clusters. This cousin is quite different, however. It is a large, dense bush, usually at higher elevations, becoming 1 to 2 meters tall and often wider. The dark green leaves are shiny with resin, stiff, leathery and evergreen. On warm sunny days, the resin on the leaves gives off a strong pleasant odor. The shrub is found from Southwest Canada to California and east to Colorado. It is said to be a favorite food for deer, and smoke from burning it will get rid of bedbugs. Several tribes have used it for medicinal purposes.

Giant frasera (Frasera speciosa): Giant frasera, also called Monument plant, is a tall and unusual plant, reaching 1 to 2 meters or more in one season. It grows from the Pacific to Montana and south to Mexico. It is basically a biennial plant, putting up basal leaves about a foot tall the first year, and then sending up a flowering stalk the second year. In dry years, it may wait longer to finish the task. The stem leaves are ascending and somewhat linear, in whorls of four around the stem. The flowers arise from the leaf base, with four greenish petals. Indian tribes in the Southwest used the plant as medicine and the main stem for an elk call.