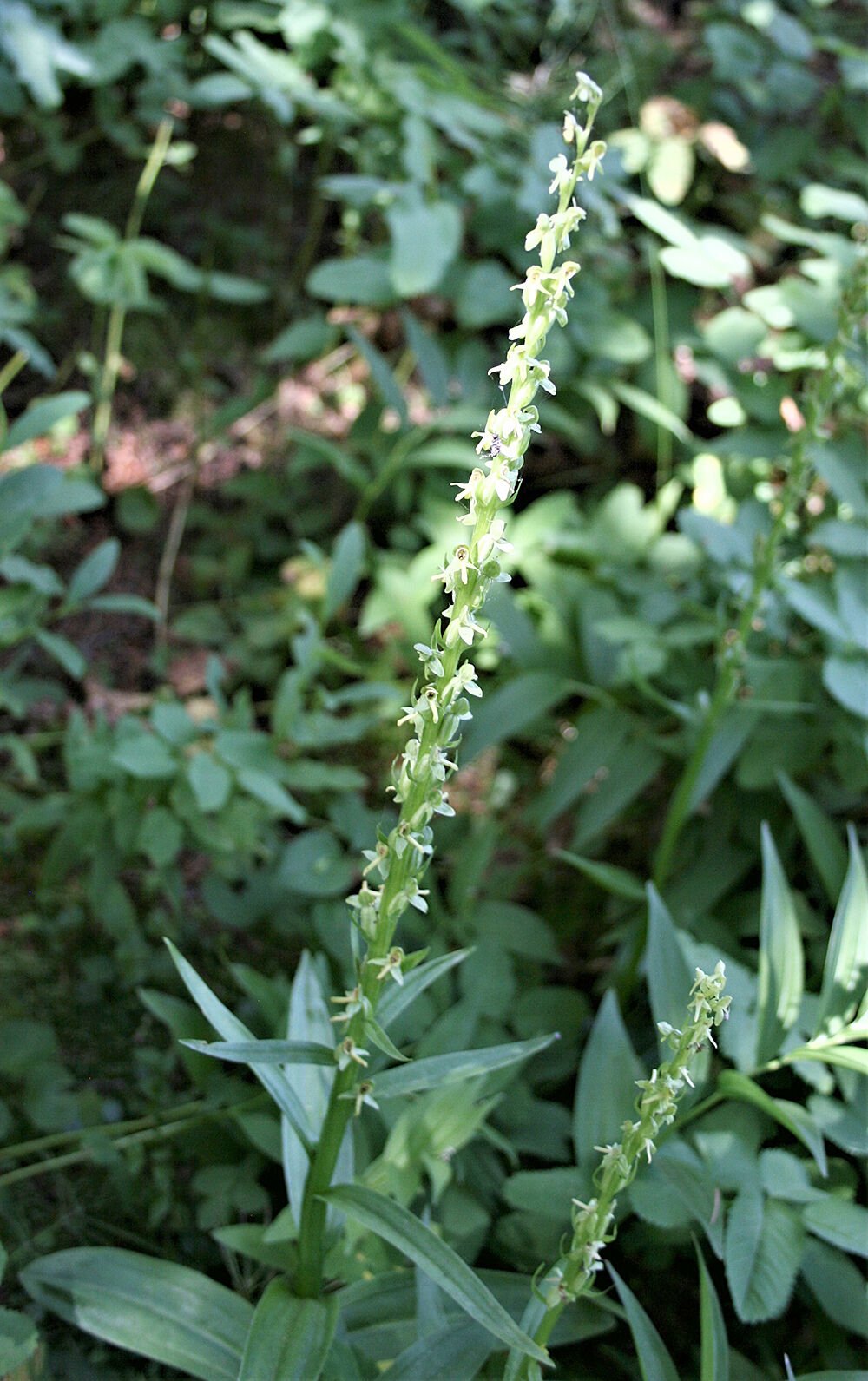 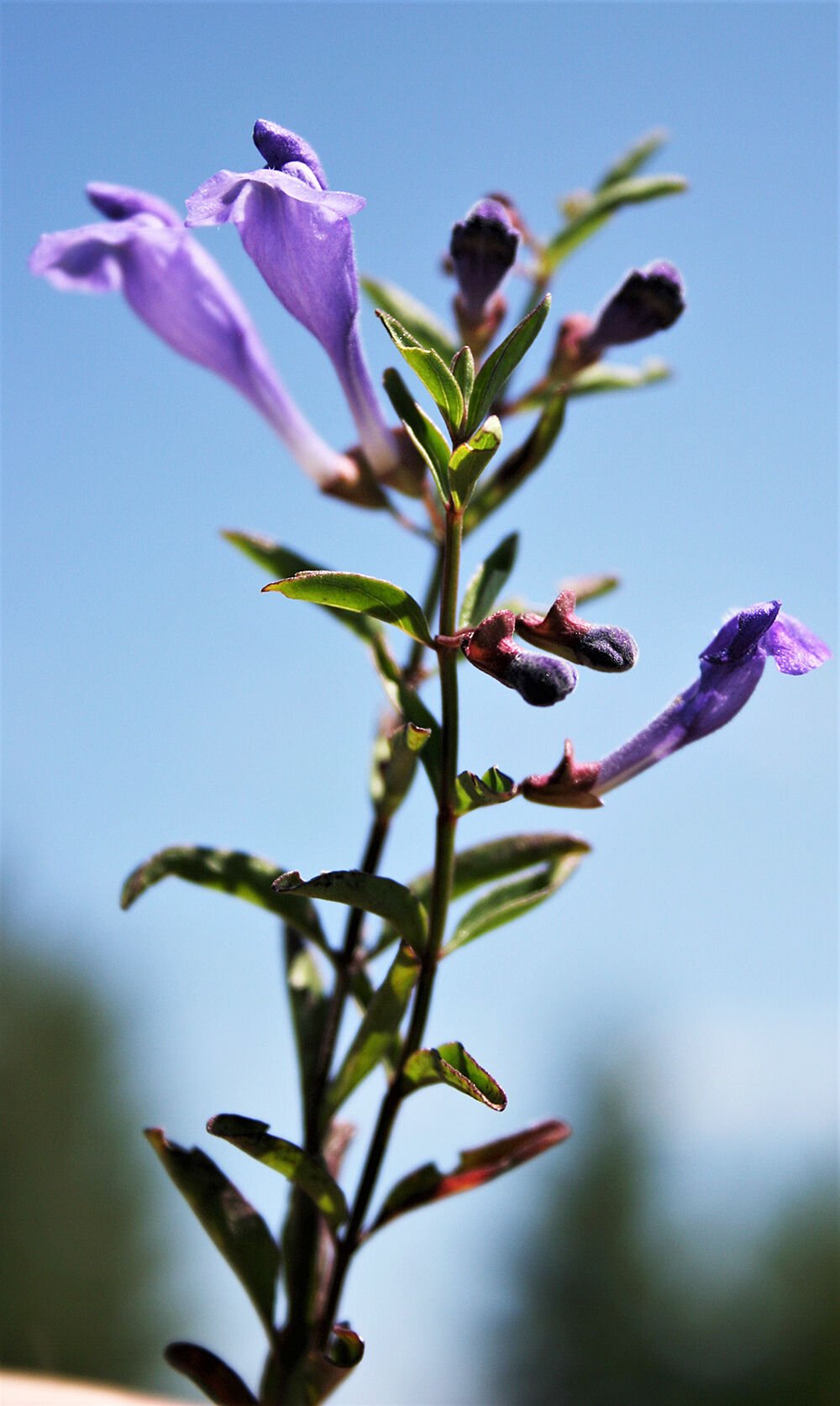 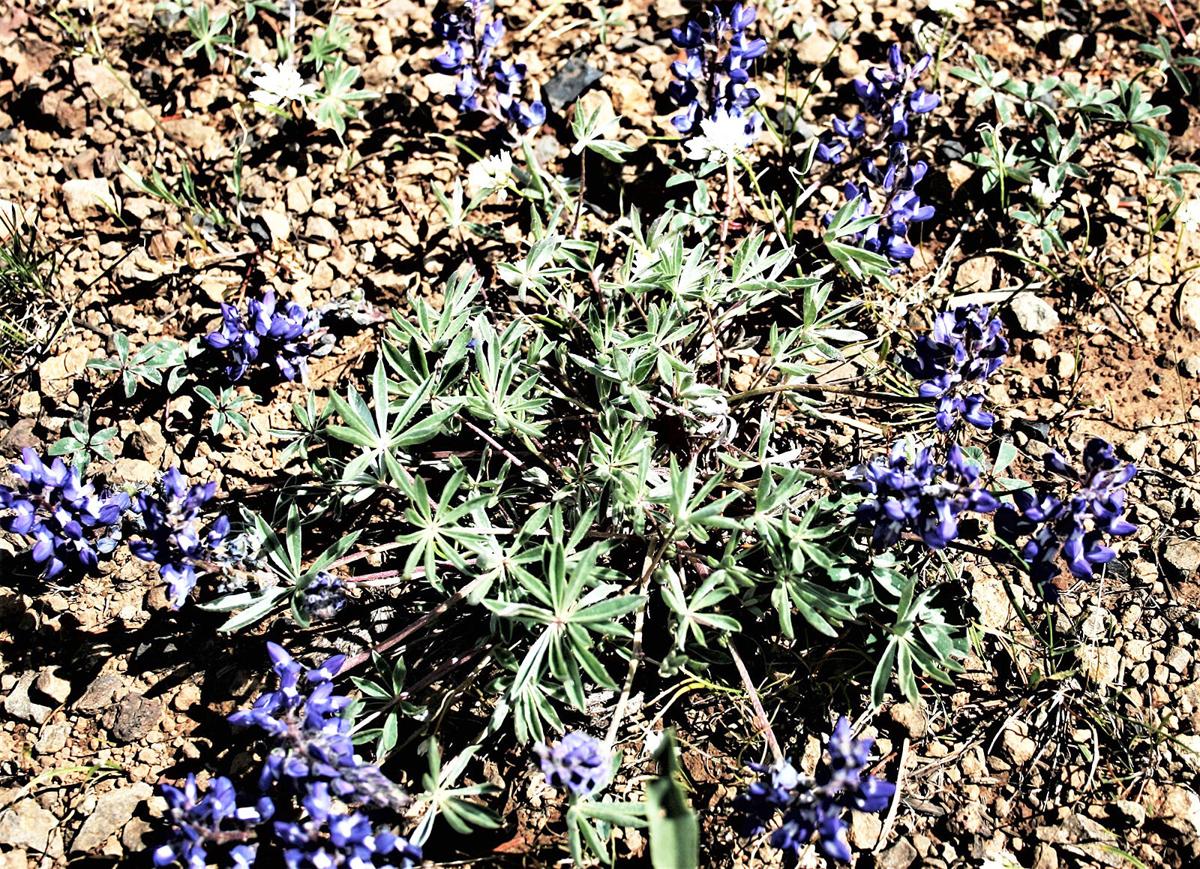 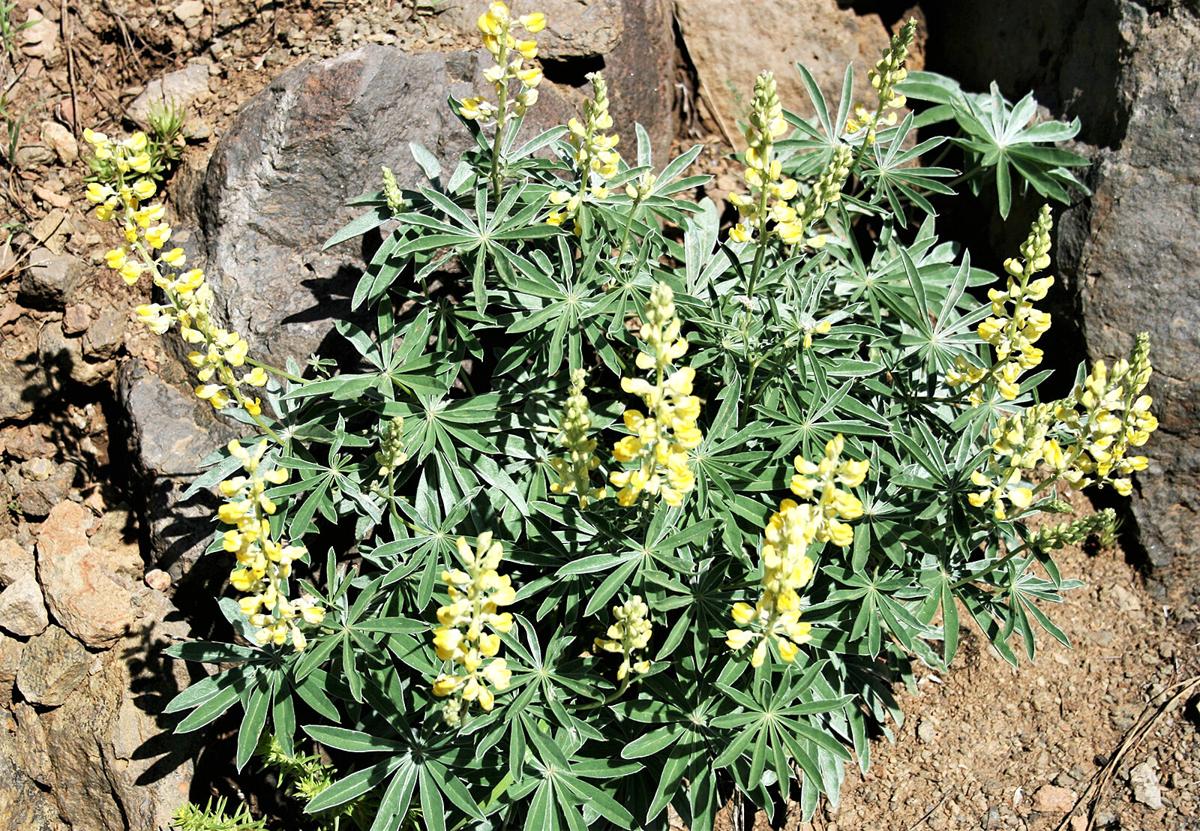 The last several years most plants are dried up in the Blues in late August by the sun and lack of rain. The articles this week and next will each have at least one plant still in bloom, along with others of particular interest.

Green bog orchid (Platanthera aquilonius): This bog orchid (which sometimes is green) is found in Alaska, across Canada, and south to Oregon, Utah and New Mexico, and from Nebraska east to the Atlantic. It is one of several orchid species in the Blues that are hard to tell apart, with a single 1- to 2-foot stalk covered with small white or green orchids, and linear to lance-shaped leaves at the plant base. Some species were used for medicine by various tribes, though some species were considered poison, and I couldn’t find any reference of use for this particular species. The plant is probably still in bloom at Target Meadows east of Tollgate.

Narrowleaved skullcap (Scutellaria angustifolia): Scutellaria plants are in the mint family, and five species are in Northeast Oregon. This one is in Southeast British Columbia to Oregon and Western Idaho. The flowers are rather odd-looking, about 2 inches long with the base a slender tube and the upper half inflated. One tribe used the plant for an eye wash.

Prairie lupine (Lupinus aridus): This particular lupine likes to grow in open, gravelly soil. Both the leaves and flowering stems lie flat on the ground with the flower clusters forming a circle around the leaves. I’ve found this lupine several times where it was the only other plant mixed in with big-head clover. I could not find any reference listing tribes having a use for this species.

Sabin’s lupine (Lupinus sabinianus): Sabin’s lupine is a narrow endemic plant found only in the general area of Ruckel Ridge to Spout Springs. It grows to about 2 or 3 feet depending on moisture and with its smooth, hairless leaves and bright yellow flowers it is quite showy. Efforts to propagate its seeds have been reported as unsuccessful. I don’t know of any uses it may have.