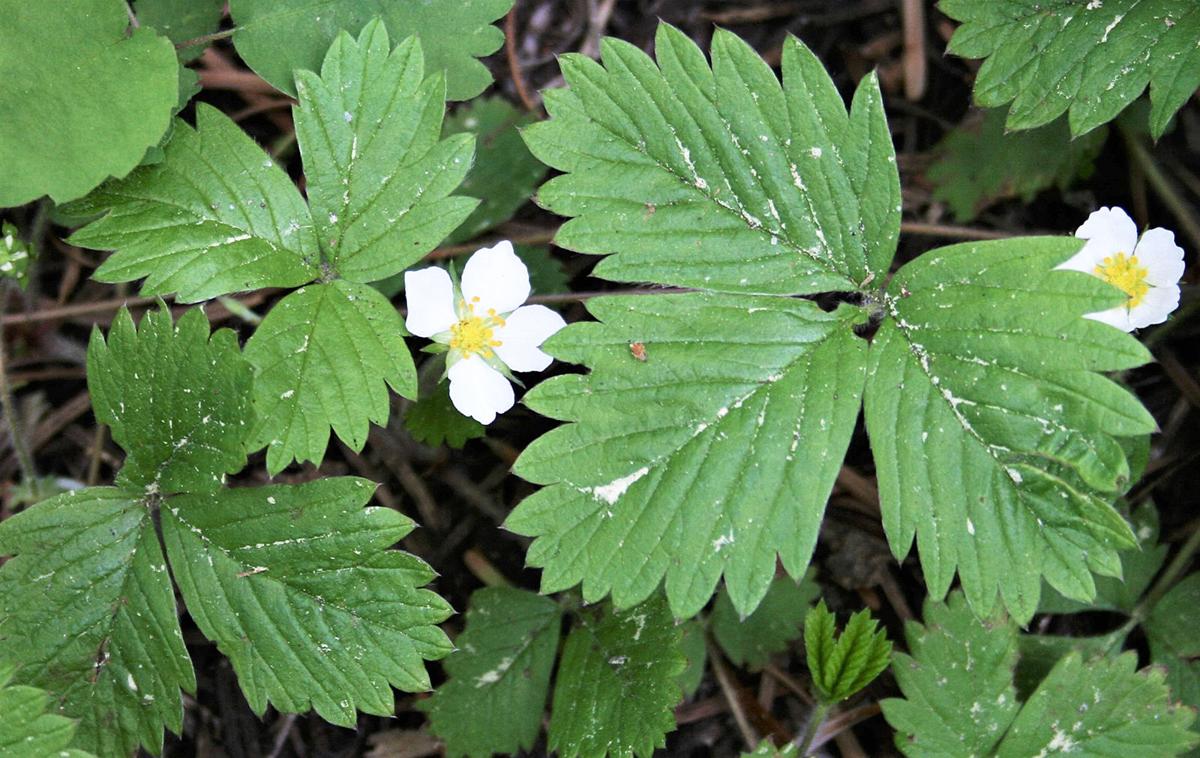 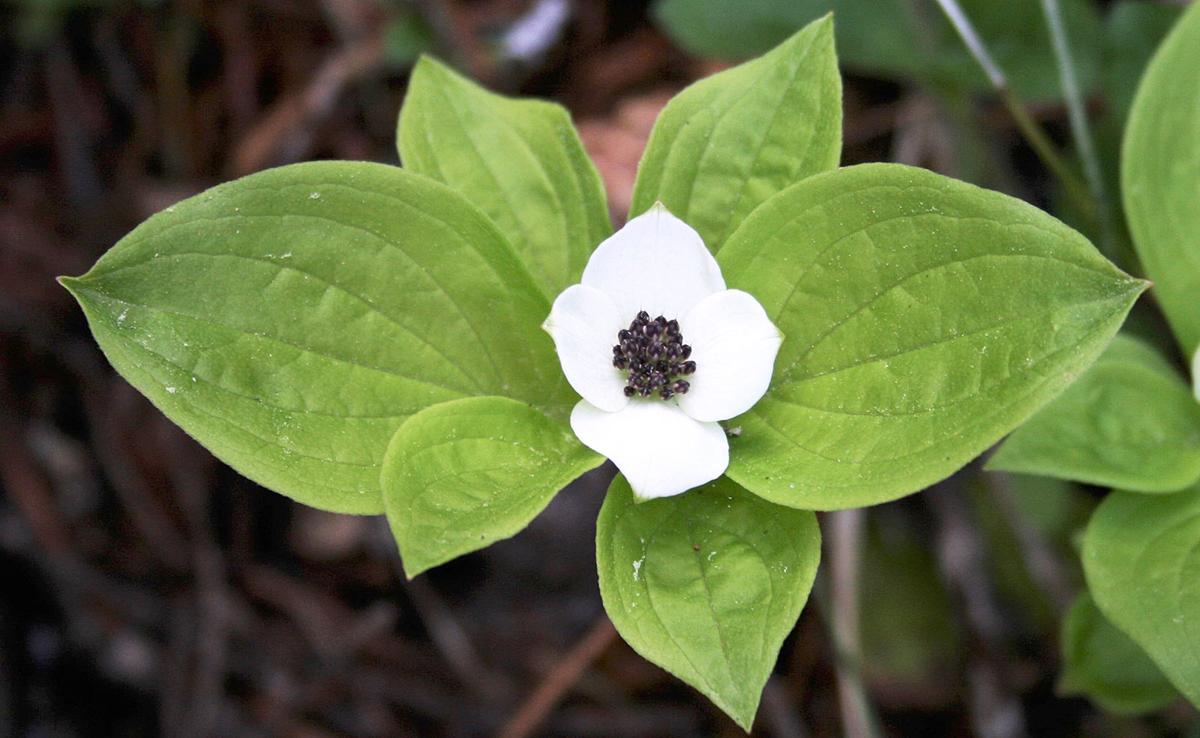 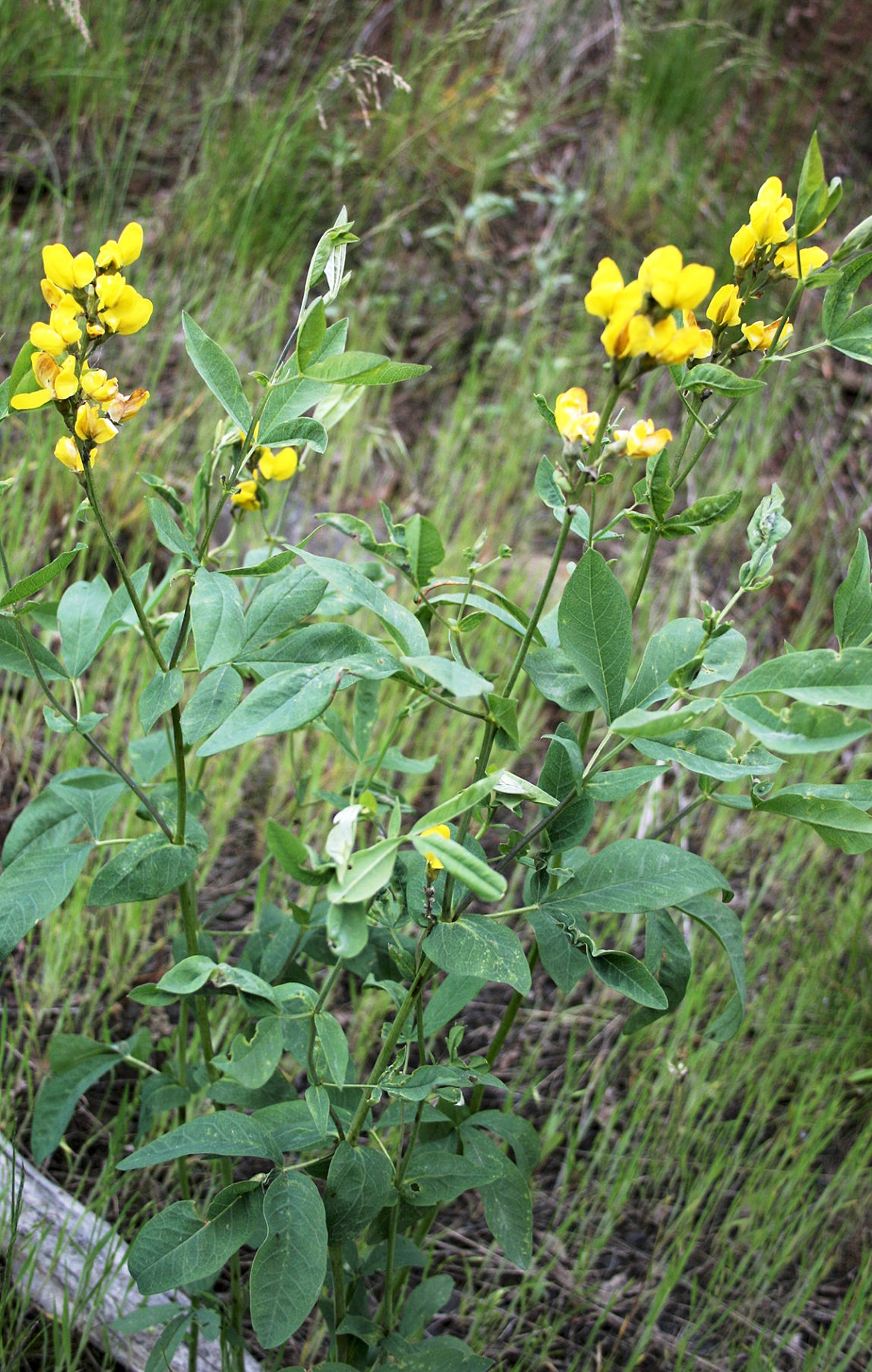 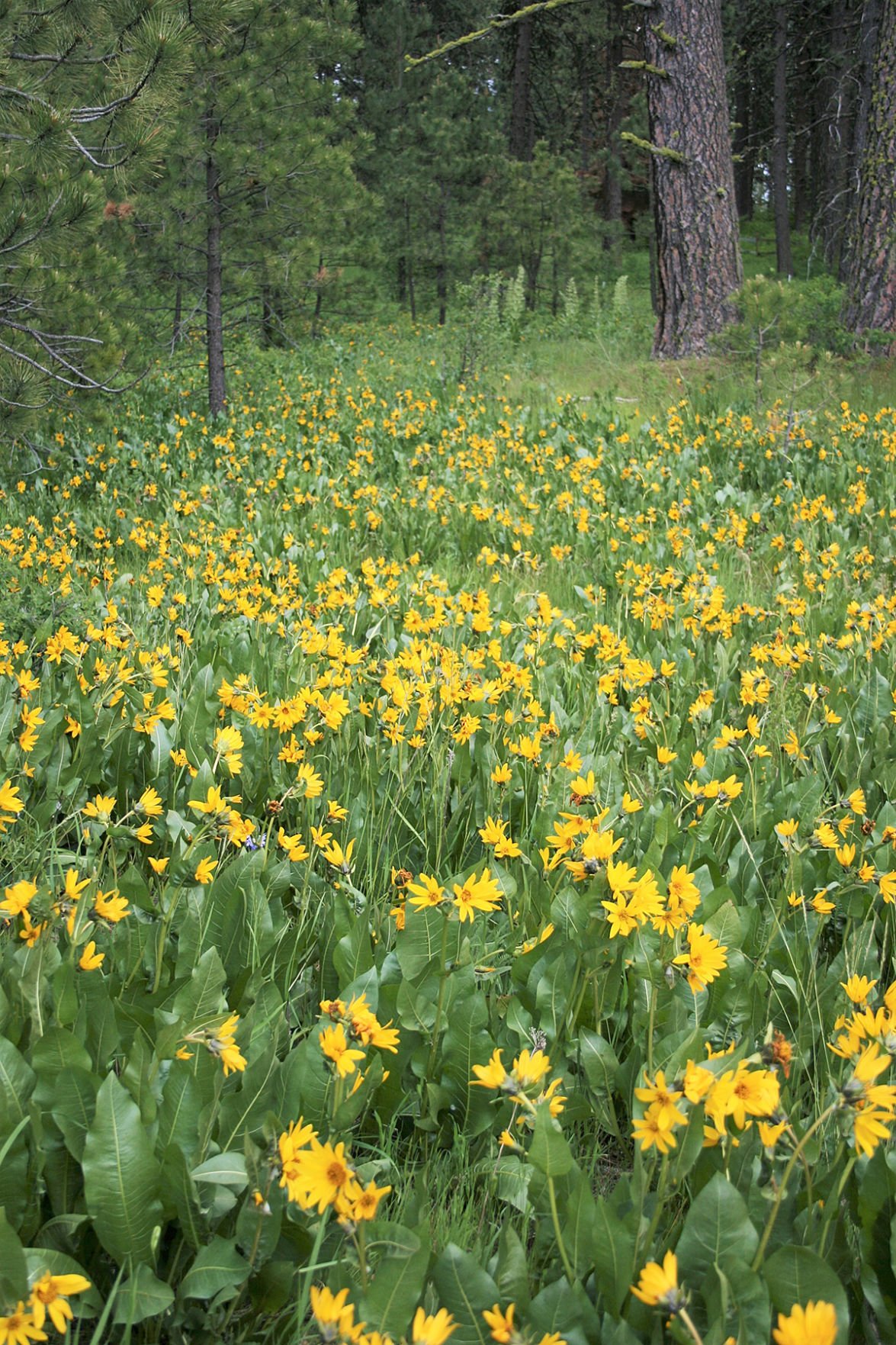 The four plants featured this week are rather common except for one which is less common in our area. Two of the plants, bunchberry and wild strawberry, grow and bloom down close to the ground. The other two, false lupine and mule’s ears, are nearly 3 feet high.

Wild Strawberry (Fragaria virginia): Many people recognize this plant and enjoy picking their sweet juicy berries even though they are quite small. This species is one of two native strawberry plants that were the original parent plants of the hybrid you find in the store. The flowers have five white petals and a yellow center. The leaves have serrated teeth on the edges, and each leaf has three oval leaflets. For the fruit, look under the leaves. Many Indian tribes have used the plant for both food and medicinal needs.

Bunchberry (Cornus canadensis): This small plant hugs the ground like the strawberry, but is seldom seen and often overlooked. It ranges across Alaska, Canada, Greenland, and western and northeastern United States. The flowers appear to have four large white petals that are actually bracts. The real flowers are tiny, borne in a dense whitish cluster that fades to purple or black before turning into red berries. There are usually six oval leaves in a whorl around the stem just below the flower, and two of the leaves are usually larger than the others. Many tribes throughout its range have used the plant for medicine as well as for food.

False lupine (Thermopsis rhombifolia): False lupine is found throughout most of southern Canada, and western and northeast United States. It is now blooming from lower to upper elevations in the Blues. The common name is appropriate, as from a distance it looks much like one of the two yellow lupine species in our mountains. It can easily be grown from the seeds. Indian tribes have used the plant for a wide range of medicinal purposes.

Mule’s Ears (Wyethia amplexicaulis): This plant provides a spectacular show every June, especially along the old highway from Deadman Pass to Meacham, and just south of Ruckel Junction. The tall, erect plants crowded together with large, dark green leaves, topped with bright golden yellow flowers are stunning. No other plants in the Blues look just like them. They grow east of the Cascades, from British Columbia to Nevada, and from Montana to Colorado. Indian tribes used this plant mainly for medicinal purposes.