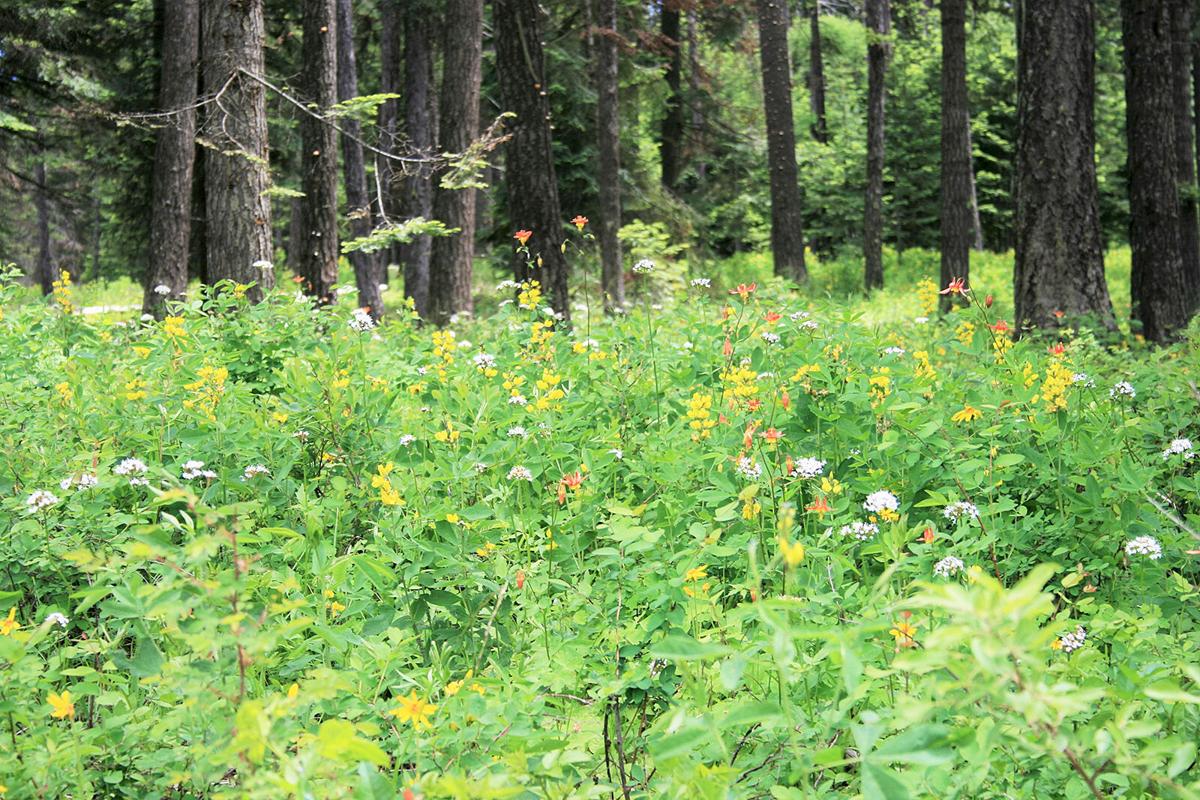 Wildflowers bloom in a meadow on the road to Mount Emily in the Blue Mountains. 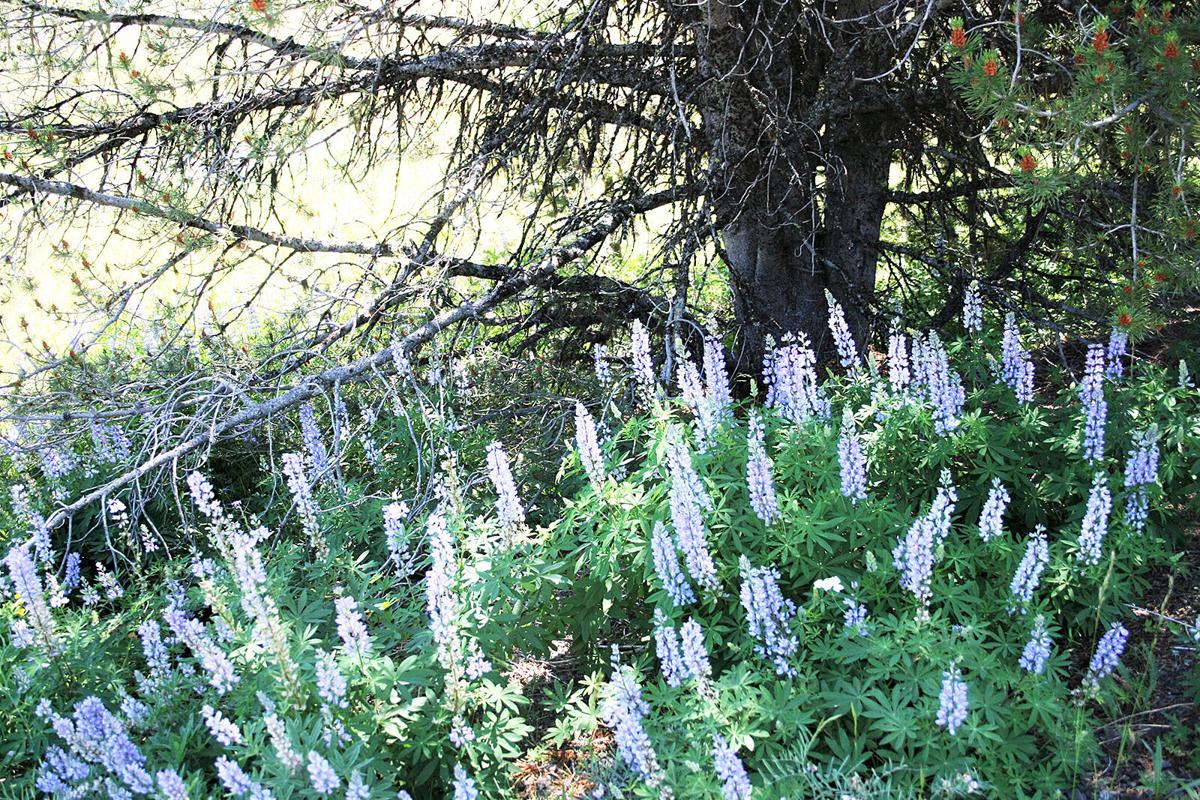 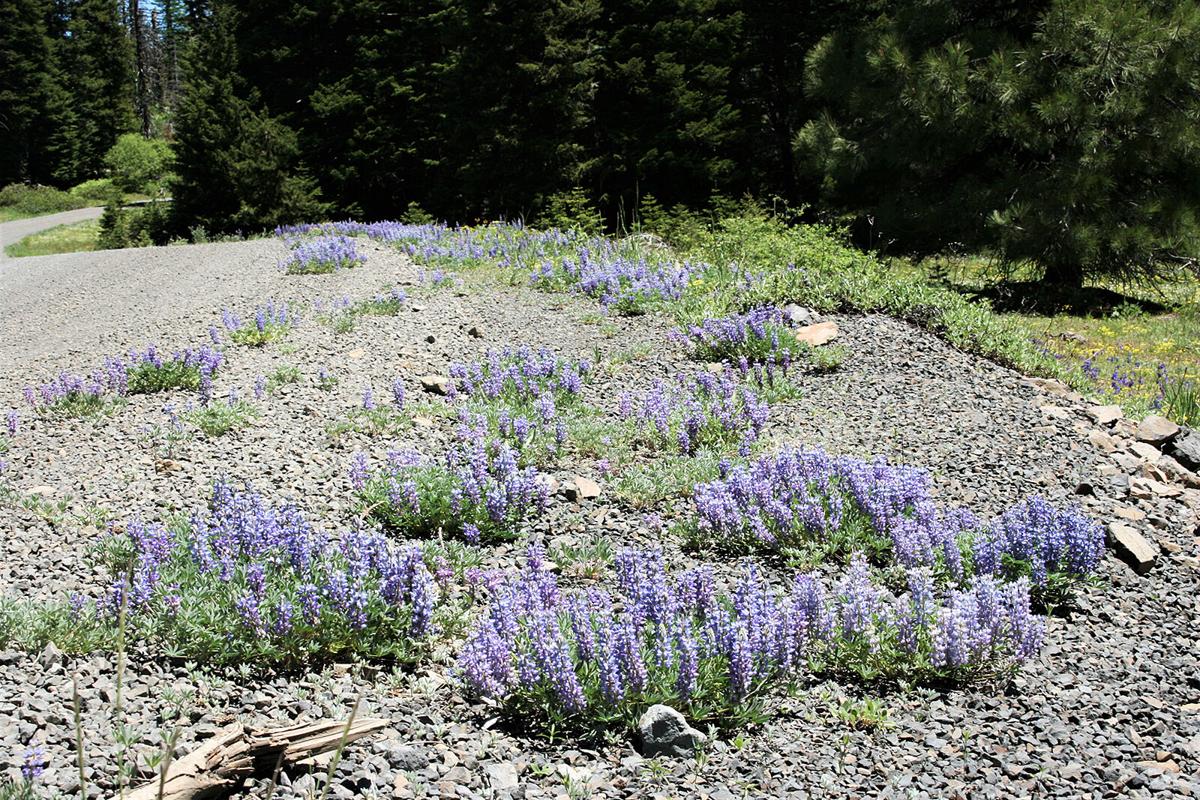 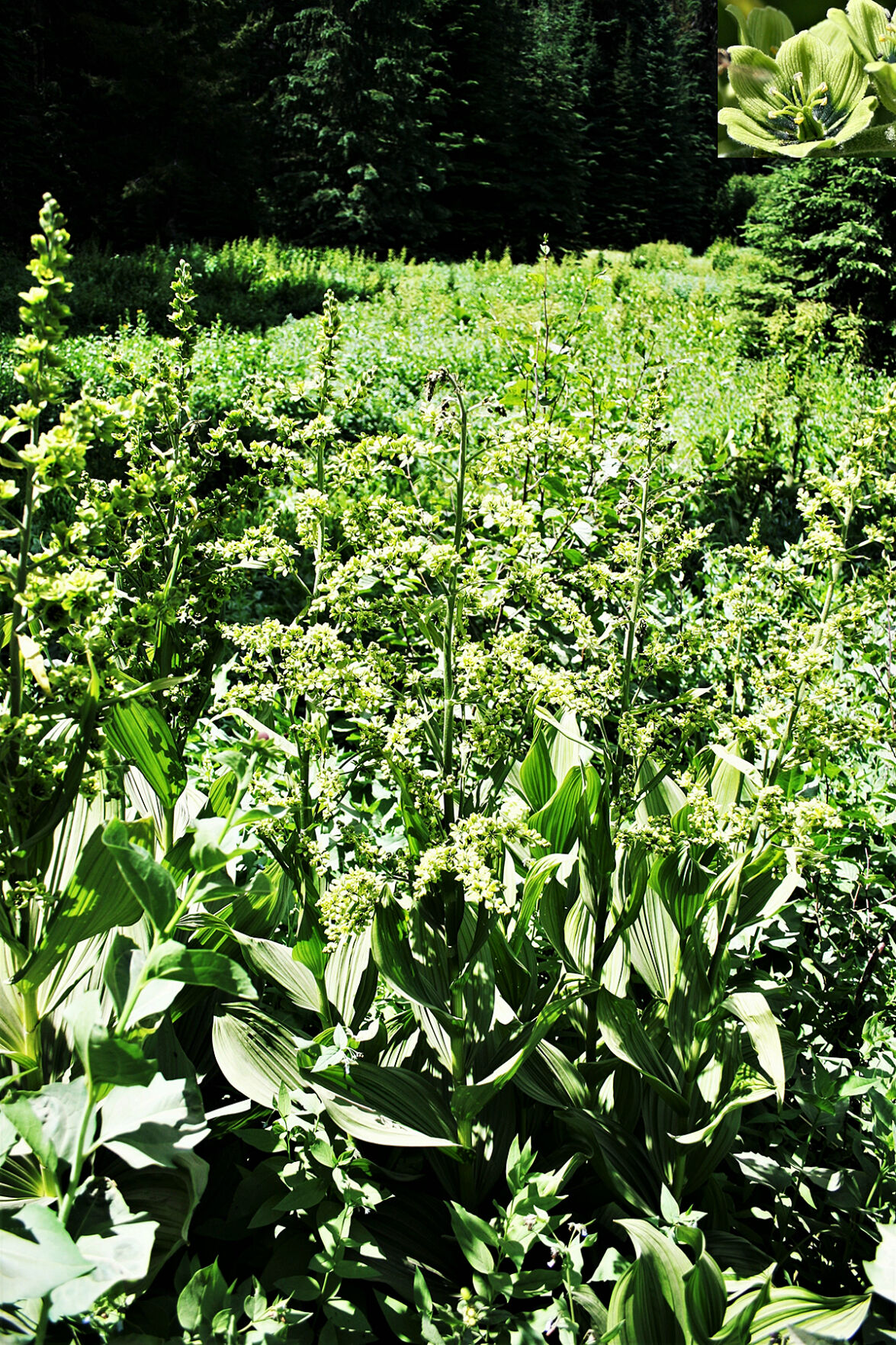 Wildflowers bloom in a meadow on the road to Mount Emily in the Blue Mountains.

With dry conditions in the mountains now, this is the last article until next spring. I hope the articles and flower photos have brought some relief from the stresses of the pandemic.

Road to Mount Emily: Here is a flower fest along the road to Mount Emily in July. The color is provided free of charge by yellow arnica, yellow false lupine, red and yellow columbine, white valerian, and lots of leaves.

Burke’s lupine (Lupinus burkei): This plant was described in an earlier article this summer, but I just couldn’t pass up this photo between Heppner and Ukiah This species of lupine, along with Sabin’s lupine shown last week, are both stunningly spectacular plants.

Prairie lupine (Lupinus lepidus): Nearly as impressive as the two other lupines mentioned here, the prairie lupine is a close second, especially when coming on several large, showy mounds growing right in the gravel edge of the road. I found no reference indicating uses for this species.

Green false hellebore (Veratrum viride): This is the green version of the California false hellebore featured in a previous article. Everything on this plant is green. The plants in the photo are well over 6 feet tall, and the upper half of the single, erect stem is covered with drooping branches heavily loaded with green flowers. The lower half of the central stem is hidden by large, overlapping, broad leaves. Indian tribes considered the plant to be deadly poisonous, though with appropriate preparation was used for many medicinal purposes. It was also used for charms and ceremonial events. The plant will likely be blooming into September along the road to Jubilee Lake.

The articles this year have been courtesy of Flora ID, a nonprofit organization with the mission to encourage, promote, and facilitate botanical education, research, and production of plant identification software covering the plants of 18 states and four Canadian provinces. Contact us at flora.id.org.