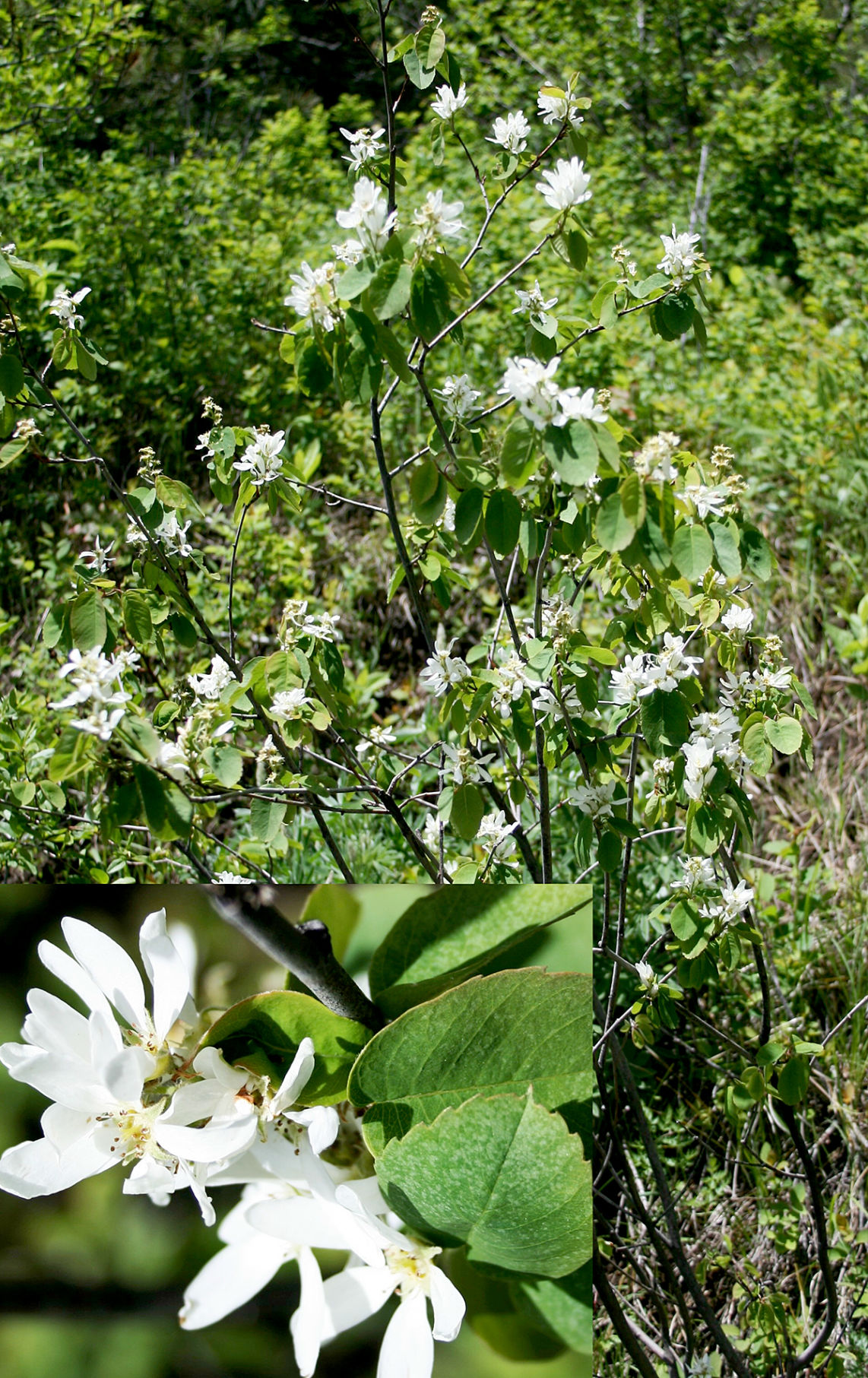 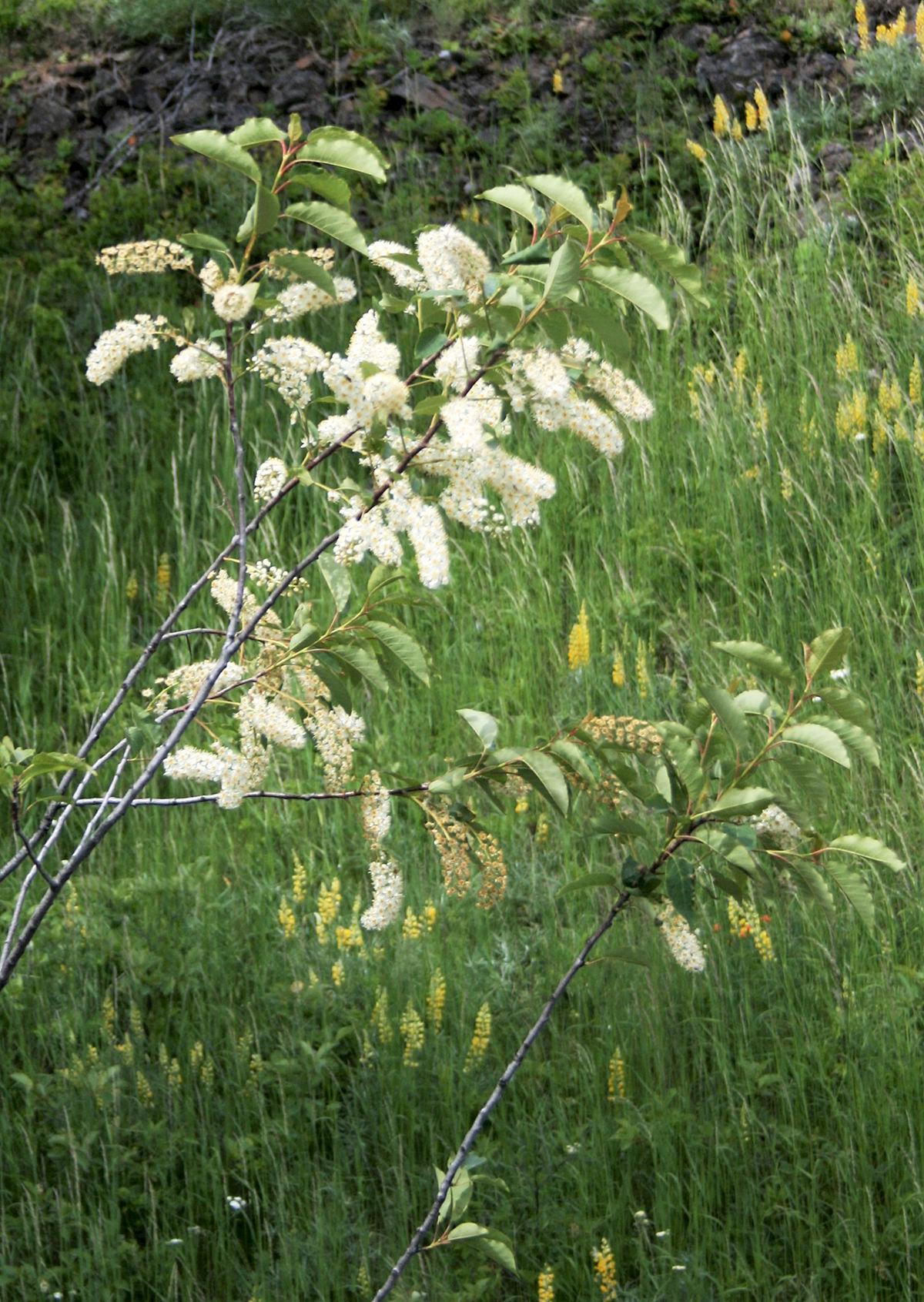 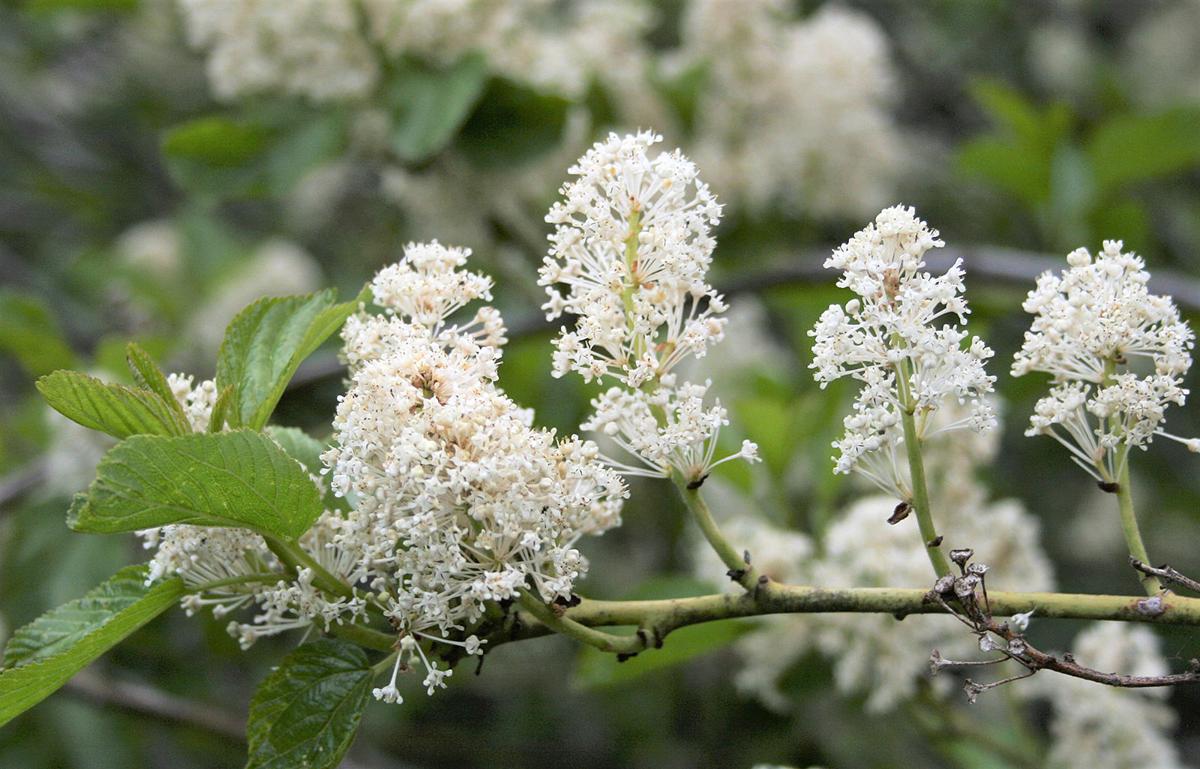 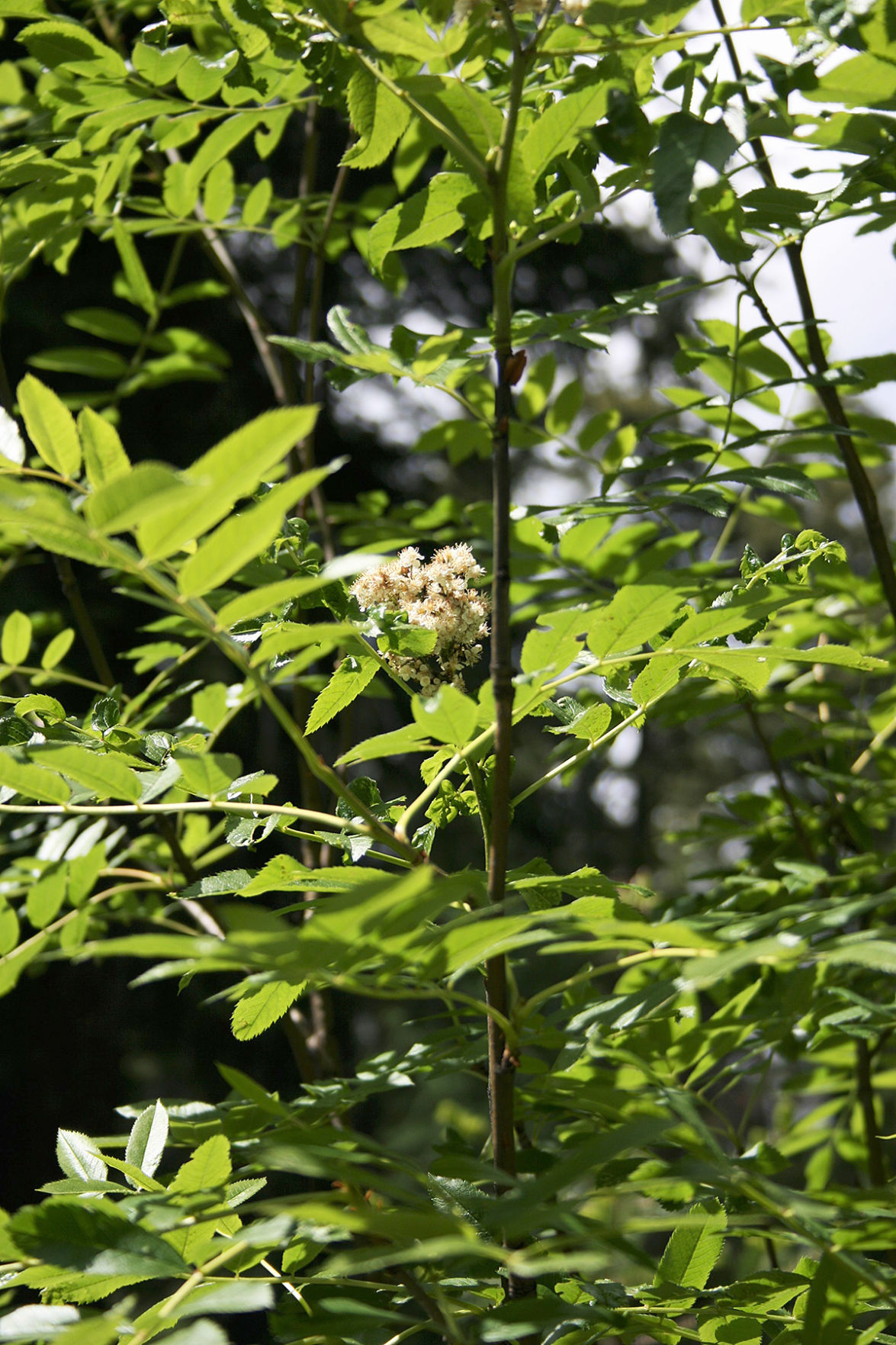 All four of the plants featured this week are woody shrubs or small trees that are now in bloom at the lower to middle elevations of the Blue Mountains. All have white flowers, are about the same size, and can be easily identified.

Service berry (Amelanchier alnifolia): Service berry is found from Alaska and Canada south to Arizona and New Mexico, and from the Dakotas to the East Coast. It has been an important source of food for Indian tribes, especially through the winters. The black or black-purple berries, which are quite tasty right off the bush, have been mixed with salmon and dried into cakes for winter use. Many, many tribes had an extensive variety of medicinal uses for the plant. The shrubs or trees are easily spotted in flower, as the petals stick out in all directions. When the flowers are gone and the berries are ripe, the berries could be confused with other black berries. The safest practice is to mark specific trees in bloom that you know are service berries, so you’re safe to use them in fruit.

Choke cherry (Prunus virginiana): Choke cherry is recognized by its distinctive arrangement of the flowers. The flowers are each on a single stem, and those stems each attached to a central axis stem. The result is a flower cluster about the size and shape of one’s thumb. It is the only cherry species I know like this. The plant grows in most of North America north of Mexico. It is well-named, as the fruit is quite sour. However, it has been used widely for food, and many tribes across the continent have used the plant for a wide variety of purposes.

Redstem ceanothus (Ceanothus sanguineus): Redstem ceanothus (not to be confused with Ceanothus velutinus, which is quite different) is not as common as the other plants on this article. The overall arrangement of the flowers looks much like those of the choke cherry. However, the Redstem ceanothus flowers are borne in small separate clusters, and those clusters are each attached along a central axis stem. It grows from British Columbia to California, to Montana. The plant was used by some tribes for medicinal and other purposes.

Western sumac (Rhus glabra): This plant is more likely than the others in this article to have only a single main stem or trunk, and those main stems are erect and straight. Instead of having single, simple leaves, it has pinnately compound leaves that have nine to 20 lance-shaped leaflets with serrate-toothed edges. The flowers are borne in crowded, branching racemes. The berries are reddish and about a quarter-inch wide. It grows across Southern Canada and the U.S. Many tribes have used the plant for numerous medicinal purposes, and there is some question of it being toxic in some uses. It is closely related to poison ivy.